As a 5-year-old, Tunisia Poole remembers watching “Matlock” on TV with her grandmother and asking whether there had ever been a lawyer in their family.

“No,” her grandmother said. Then she asked: “So, what are you going to do about it?” 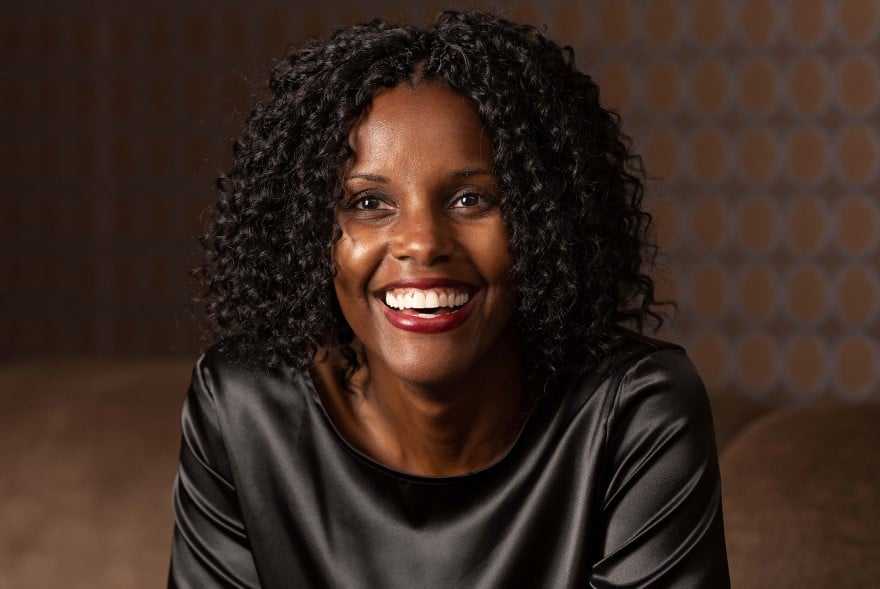 Almost 40 years after her grandmother asked the question, Poole is making good on her vow. Her mission as senior vice president and deputy general counsel for Southwire is to aim higher and achieve more at one of the world’s leading manufacturers of building wire and utility cable used to transmit electricity. Since joining the Georgia-based company in 2018, Poole has been promoted twice in three years—drawing on the same verve she had as watching “Matlock.”

“I’ve always been motivated to take on new challenges,” Poole says. “There is no shortage of learning opportunities here with all of the advancements in the electrical industry.”

Being a lawyer today is a bit different from the “’Matlock’ days” of the 1980s, Poole says. The requisite education is still as rigorous as it was 30 years ago, but modern-day attorneys also need to be business partners, practical problem solvers and technologically proficient to apply the latest tools to evolving business practices.

“My military upbringing, including attending elementary school in Germany for three years, made relocating to Maine easy,” Poole says. “I believe moving around a lot as a child contributed to my ability to adapt to change.” 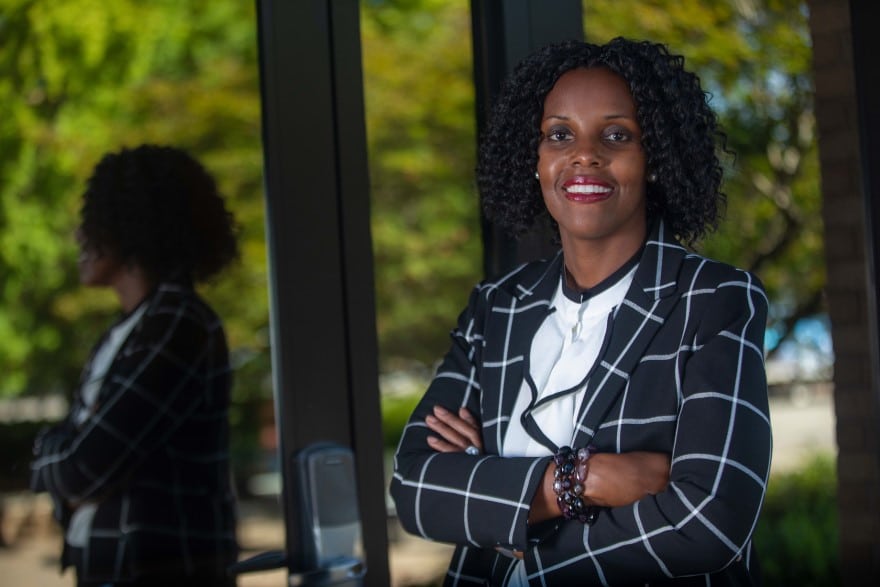 After law school, Poole was hired as an associate corporate defense attorney at Miller & Martin in Nashville in 2005, where she defended Coke’s bottling company, CCE, as well as health care providers before the Equal Employment Opportunity Commission and state agencies.

Beginning in 2007, Poole spent the next six years working in large law firms, mostly as an employment law associate and litigator, focusing on her next goal: to work in-house. In 2013, she was hired as an associate counsel at Aflac, the largest provider of supplemental insurance in the U.S., where she ultimately became head of its employment and labor law section.

Poole says working at law firms honed her litigation skills, while her experience at Aflac developed her counseling capabilities.

“Together, through those experiences, I learned the importance of identifying practical solutions to allow businesses to grow, while mitigating or eliminating risks,” Poole says.

Wanting to move closer to her ailing father in Atlanta, Poole joined Southwire in 2018. It was just the opportunity she needed to build her experience by taking on new projects, including M&A.

Poole’s extensive legal experience quickly proved useful at her new company, where her roles evolved. Starting as Southwire’s senior counsel for employment and labor law, she then gained additional responsibilities in legal operations. By 2019, she was named vice president and associate general counsel, assuming responsibility for commercial litigation and disputes. Two years later, she was promoted to her current position as deputy general counsel, which includes an increased focus on M&A and legal operations.

“I raised my hand and volunteered to take on anything that was not in my area of expertise,” Poole says. “Having a willingness to pivot and ask for more helped me get to where I am today.”

That mindset has led Poole to implement the latest technologies to streamline legal operations.

In 2020, she introduced Xakia, a management tool tailored for in-house legal teams to capture and create reports and generate analytics of the department’s work. It tracks everything from the type of jobs performed for any consolidated group to chronicling the number of matters opened and closed during a chosen time frame.

Currently Poole’s team is developing legal request forms with Xakia. Clients can complete an online form detailing their particular issue and be assigned an appropriate attorney. 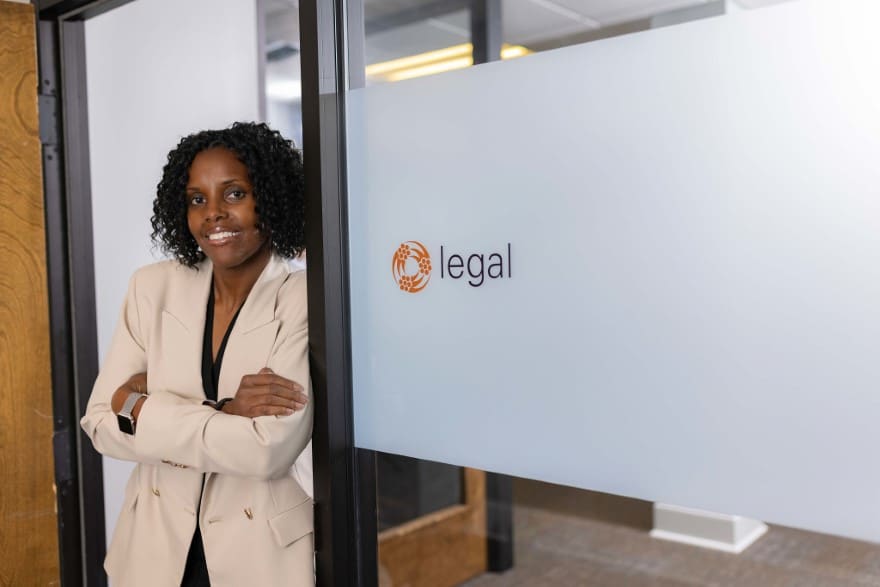 “It’s a gamechanger,” Poole says. “The form eliminates the inefficiencies of clients emailing requests to the wrong lawyer and the ensuing back-and-forth exchanges that occur.”

The software also allows Southwire to monitor and manage the department’s workload, using real-time analytics to make data-informed decisions such as prioritizing projects while identifying any process inefficiencies. Staff can also clearly see the volume of active matters and the types of work performed within the company. With that information, the team can establish new metrics, gain deeper insights into transactions, measure results and set new goals based on that information.

Technology is a new space for Poole, and she knows it is a key element needed for Southwire’s growth.

“For me, the process of taking on projects in unfamiliar areas starts with being comfortable with the uncomfortable,” Poole says. “By raising your hand and giving something new a try, you may just surprise yourself and inspire others.”

The power of progression

Whether overcoming new challenges—or being rewarded with a promotion—each milestone is meaningful to Poole. She credits her family as her inspiration, all live by the household mantra: “Don’t be afraid to fail, be afraid not to try.”

Each member, she says, has offered their support in different ways. Her mother, Harriet Staten, was the first in her family to go to college and  earned a master’s degree in human resource management while eventually becoming a colonel in the U.S. Army. Her grandmother was always supportive from their days of watching “Matlock.” Her husband, Yusef, (also a lawyer), has been a great sounding board who’s able to commiserate with her on the challenges of the profession. Lastly, her daughter, Lydia, inspires Poole to be a positive example of a working mother. 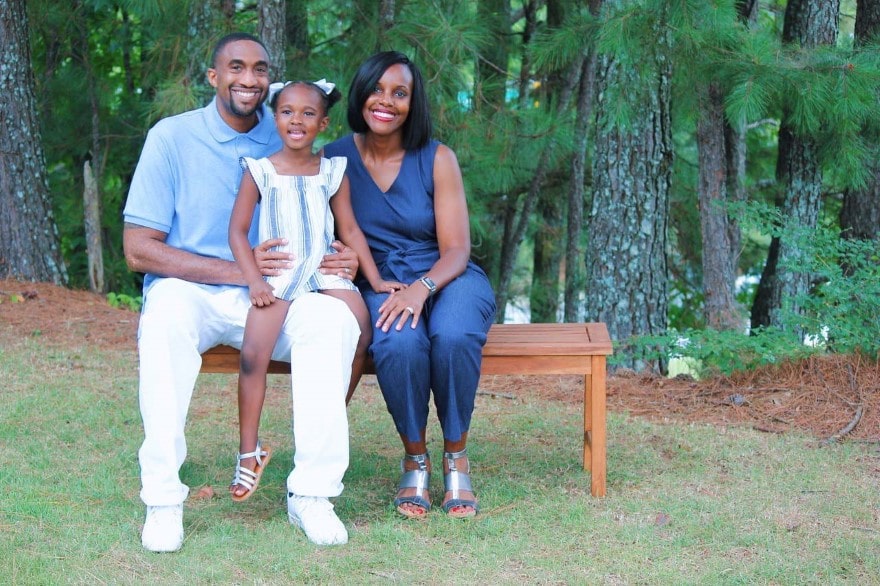 “There’s this desire and belief of progression we hold in each generation,” Poole says. “My mother inspired me, she drew strength from her grandmother and mother, and I hope to do that for my daughter.”

Poole also recognizes the impact her experience has on other up-and-coming attorneys, seeking to excel so others will have a pathway to follow. Mentoring also plays a large role—before she left Aflac, she groomed her successor.

“I hope to encourage more women—and people of color—to not box themselves in,” Poole says. “It’s important to stay open to new possibilities—and be willing to pivot—even if it’s uncomfortable.”