Some insights can only come from weathering 17 years in the legal hot seat.

That, says Suzanne Niemeyer, just about sums up her role as general counsel and managing director at Actua Corporation, a Radnor, Pennsylvania-based public company that owns and operates private businesses offering cloud-based software to customers in vertical markets, or markets that target a specific industry.

For the better part of two decades, Niemeyer has guided Actua through the ever-changing regulatory environment, the ups and downs of the dot-com bubble of the early 2000s, and the financial crisis of 2008. 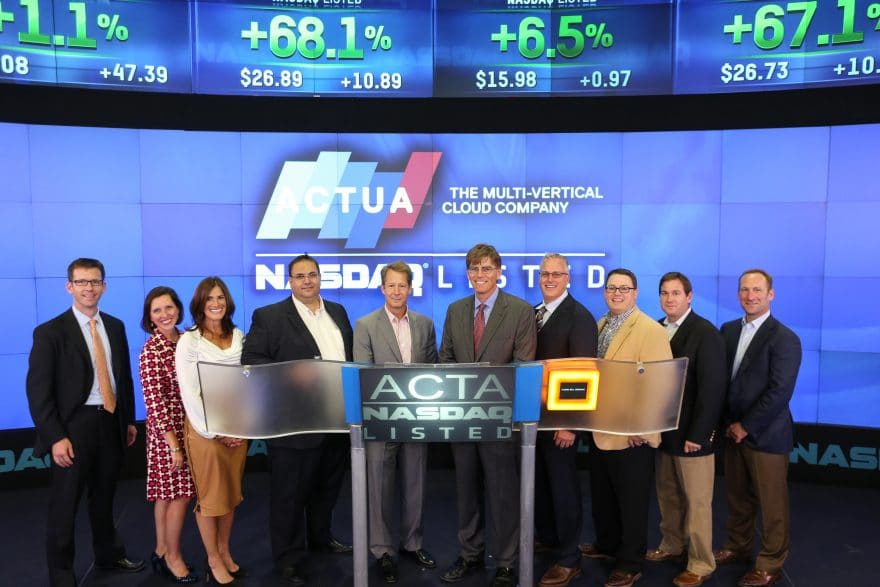 Today, Niemeyer works closely with Actua’s board of directors, as well as its audit, compensation, nominating and governance committees and is also involved with corporate transactions as Actua and its subsidiaries continue to grow through mergers and acquisitions.

When Actua sells any of its subsidiaries, as it has recently done to buyers such as Accenture, Google and Vista Equity Partners (often for hundreds of millions of dollars), Niemeyer is integral to negotiating the transactions and drafting the complex documents required for the sale.

To stay on top of her immense responsibility, Niemeyer says she has developed a hands-on, detail-oriented approach.

Even when the company brings in outside counsel to work on larger transactional or securities matters, her legal department—which consists of Niemeyer, Assistant General Counsel and Managing Director Scott Powers and a paralegal—does a significant portion of the drafting and negotiating.

“It’s true that this hands-on approach differs from most public companies, but I think that it achieves more positive outcomes and significantly reduces the company’s legal bills and, most importantly, allows me and the Actua team to make more fully-informed business decisions,” she says.

Niemeyer was drawn to corporate work early in her career.

After graduating from Georgetown University Law Center in 1995, she spent five years as an associate in the Corporate and Securities group of Dechert LLP, a global law firm based in Philadelphia.

“I enjoy transactional work because of the significance it places on the abilities of the participants to be creative and rapid problem-solvers; the success of most deals depends on it,” Niemeyer says.

In 2000, a former partner at Dechert who had recently left the firm to join Actua, then known as Internet Capital Group Inc. (ICG), asked Niemeyer to join him as ICG’s new vice president of legal.

It was the height of the dot-com boom, and, at the time, ICG followed a venture capital business model, competing with other venture capitalists to invest in valuable technology startups.

At ICG, Niemeyer was involved in dozens of deals, and by February 2000, she had helped the company build a portfolio of 80 businesses.

To survive, Actua had to make difficult decisions—namely, which of its 80 companies it would keep and which ones it should sell or shutter.

But by March 2000, the dot-com bubble began its spectacular burst.

Niemeyer remembers watching the value of ICG’s portfolio plummet because the startups had been valued based on either their actual or potential technology advancement, as opposed to their more tangible revenue or earnings performance.

To survive, Actua had to make difficult decisions—namely, which of its 80 companies it would keep and which ones it should sell or shutter. During this time, ICG went from 200 employees to 20.

In 2003, Niemeyer was promoted to general counsel and managing director to help guide the company through this rocky period. And while other firms were filing for bankruptcy, ICG, with the help of its legal team, was able to stay afloat by carefully selecting which parts of its portfolio to maintain and satisfying its debt through debt-for-equity exchanges.

ICG came out on the other side with a smaller, but stronger, portfolio of companies and, by 2004, was secure enough to start acquiring stakes in new businesses.

Looking back, Niemeyer says that the early 2000s were easily one of the most challenging times in ICG’s history. But “helping to guide the company through such a wilderness was an absolutely irreplaceable learning experience,” she says.

Niemeyer had a front row seat to watch talented executives run their businesses through a variety of challenges, with varying results. It was during this time, Niemeyer says, that she learned how to work with constrained resources, honed her business instincts and developed her hands-on approach.

Evolving with the business

Over the years, ICG has evolved from a traditional venture capital business model, owning stakes of varying sizes in a variety of technology companies, to Actua, which owns majority stakes in a handful of businesses offering cloud-based software to customers in vertical markets in property and casualty insurance, investment advisory services; and environmental, health and safety.

According to Niemeyer, this refined model allows Actua to operate its businesses more effectively and provides greater financial transparency to Actua’s public stockholders and analysts.

In addition to her general counsel responsibilities, Niemeyer sits on an eight-person committee responsible for establishing Actua’s strategic plan and managing Actua’s key decisions, as well as the company’s cybersecurity and 401(k) committees. She has also served on boards of directors of a number of Actua subsidiaries.

Niemeyer enjoys that, when advising the Actua management team and board of directors, her input isn’t limited to legal matters.

“One of things the main things I like about my job is that colleagues have increasingly turned to me for my judgment on strategic and business matters, not necessarily just for legal advice,” she says, noting that they “have come to trust my instincts from both a legal and business perspective.”