One attorney’s global pursuit of justice is fraught with obstacles

The news from Turkey is upsetting—an apparent democracy turned police state under the iron fist of a president turned sultan reincarnate—and it causes personal anguish for Robert J. Cordy.

A former associate justice on the Massachusetts Supreme Judicial Court (SJC), who returned to private practice last year, Cordy has for many years been active on the international front, volunteering time and acumen to developing nations attempting judicial and democratic reforms.

It’s a mission not to be undertaken by those easily discouraged—or by those who might get overly optimistic about incremental improvements that could well do a one-eighty. 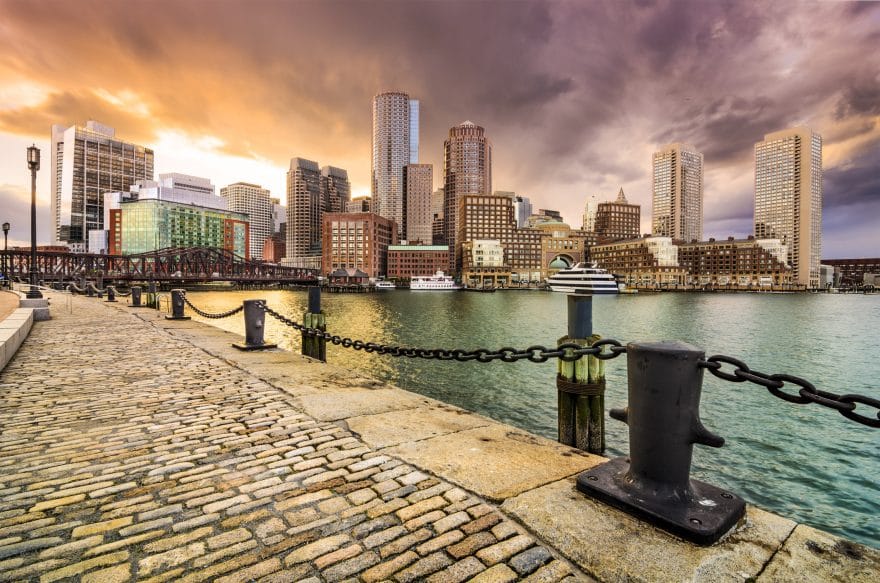 Turkey being an obvious example.

A country that as recently as 2013 showed so much promise with reforms in the making in such areas as human rights and the legal process, Turkey has since been backsliding into autocratic rule under Recep Tayyip Erdogan.

But how different it seemed four years ago, Cordy wistfully remembers from his Boston office at McDermott, Will & Emery. While no textbook example of law and order, Turkey seemed committed to a better tomorrow with the prospect of European Union membership among the incentives, and looking to the American legal system for direction.

A call to duty

Alone in his SJC office in 2010, Cordy got a call from a court officer  telling him that there were Turkish judges present who wanted to meet with an American judge. Cordy, who professes to be incapable of refusing such a request, learned that the Turkish judiciary had begun to send delegations of judges and their families to Boston and two other U.S. cities, where they would live for 10 months while learning English and engaging with their American counterparts.

Having developed a similar relationship with Russian judges some years earlier—albeit to a discouraging end—the affable Cordy partnered with the visiting Turkish delegations that followed, providing them with mentors in specialized areas of the law and emphasizing such necessities as the adversarial yet symbiotic relationship among a judge, prosecutor and defense attorney.

“Many of those young judges were viewed as Turkey’s next generation of leaders,” muses the Harvard Law grad and long-ago Dartmouth lineman. “Everything was going so well; two years later I was asked to bring a delegation to Ankara [Turkey’s capital city] for a week to lecture from a U.S. perspective on judicial ethics, training and evaluations.”

That dream-team delegation included such legal luminaries as federal Judges Mark Wolf and Richard Stearns, both from the Boston district, and Linda Connolly, the since-retired chief justice of Massachusetts’ district courts. A subsequent trip with the Federal Judicial Center—the research and educational wing of the federal courts—included another team of distinguished judges and intense discussions of such bedrock values as judicial independence, the presumption of innocence and the American experience in upholding the right to free expression. 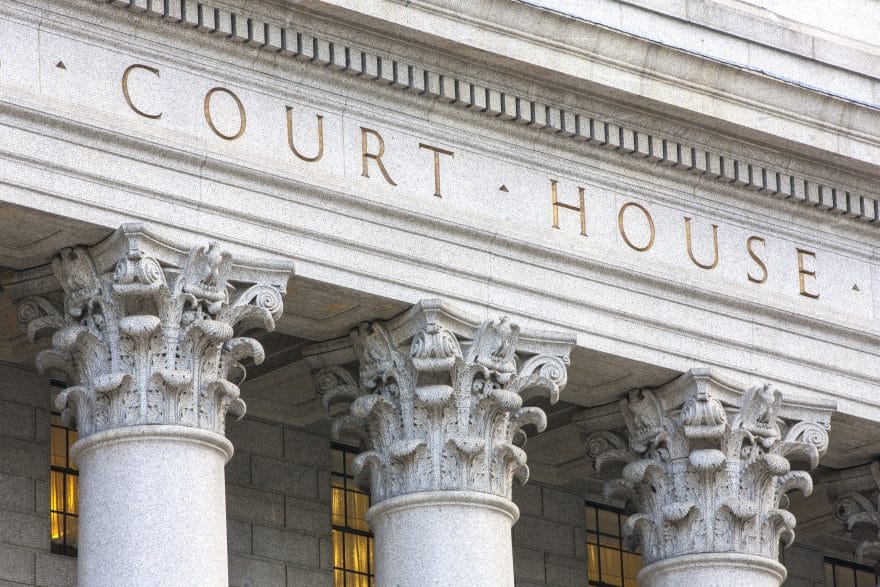 “There seemed no question that Turkey was committed to undertaking the steps to get it into the EU,” says Cordy, explaining that an independent judiciary and human rights were among the stipulations. “It was all so inspiring back around 2013. Then it all unraveled at the end of the year when an investigation into corruption involving Erdogan’s family began.”

So much for due process; then the prime minister who became president in 2014, Erdogan short-circuited the investigation and began to purge the judiciary, exiling some of the luckier ones to what Cordy calls “the equivalent of traffic courts on the Syrian border,” and eventually dismissed or imprisoned others along with prosecutors, teachers and journalists on the dubious grounds of aiding and abetting terrorism.

“The experience in Turkey was devastating for every American judge I know who worked side by side with Turkish judges,” Cordy says. “Imagine your world getting turned upside down; one day you’re a respected professional and the next day you’re in jail.”

Meanwhile, the U.S. maintains mostly friendly relations with the country, whose airbases it needs in battles against ISIS—a sore topic for Cordy.

Still, at least some justice has prevailed, he notes; last November the European Parliament suspended EU accession negotiations with Turkey over human rights and rule-of-law concerns, and one month later the European Council ruled that “prevailing circumstances” precluded any more membership negotiations.

As for any real hope, at the very least it’s tempered with Erdogan still in charge.

“This was my second major experience internationally, and what a lesson it was in how fragile an independent judiciary and a free press can be when an autocrat takes control,” Cordy says.

Unfortunately, the first experience didn’t fare so well either.

Cordy was still fairly new to the SJC in 2001 when, as one of the few people in the building on a summer afternoon at week’s end, he was around to take a court officer’s call about a visiting delegation from Russia’s Constitutional Court.

Speculation was that Russia felt pressure to strengthen its legal system, its respect for property rights and its recognition of an independent judiciary and media, in order to entice foreign investment. That was when oil prices were sagging and Russia needed Western capital.

As long as Russia was showing signs of progress—new codes for criminal and civil cases, notions of private property rights, an increased role of lawyers as officers of the court, and a jury system for the most serious criminal accusations—Cordy and others in the American legal community were glad to lend their counsel and share their experience.

Sometimes over barbeque and vodka, the Russians and Americans interacted in the manner of college bull sessions, and the efforts gained steam. Ten states partnered with regions of Russia to advise on a more Westernized legal process, with Massachusetts engaging in an eight-year relationship with Tomsk, a Siberian city 1,400 miles from Moscow. 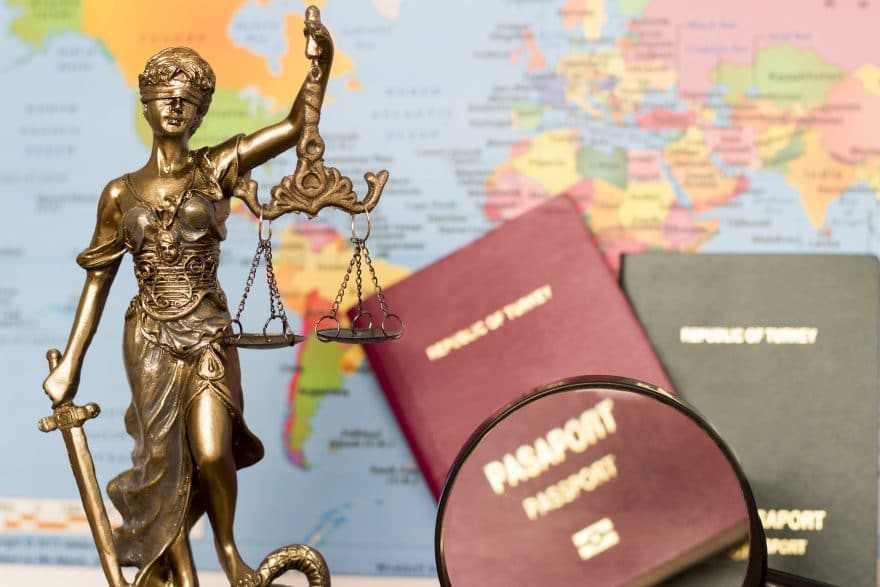 “This too, was a very inspiring period,” remembers Cordy, who journeyed multiple times from Boston to Tomsk and back. “The exchanges were very positive for all involved. Then, when oil got over $100 a barrel, Russia decided that an independent judiciary and a free press weren’t that necessary after all.”

Subsequently, the tentative steps toward progress backtracked by leaps and bounds around 2009. Russian judges couldn’t leave to visit their U.S. counterparts, the U.S. Agency for International Development couldn’t stay, the suppression of free speech was back, and the law pretty much became what Vladimir Putin decrees. Cordy remembers how prophetic a Russian judge had been when she warned him that the independence of the judiciary was “balanced on a razor’s edge, just wait until the government pushes back.”

A happier scenario has emerged in Uzbekistan where, a quarter-century after the breakup of the Soviet Union, the Islamic nation in Central Asia nurtures democracy that saw 88 percent turnout at the polls in last year’s election of President Shavkat Mirziyoyev.

It was back in 2012 when, with Russian progress in free fall, Cordy’s email contained an invite that had him accepting and then poring over a map. It said, “We understand you are a judge who will go anywhere for a good cause. Would you consider coming to Uzbekistan to help celebrate the 20th anniversary of the constitution?”

In the last five years, he’s made nine trips to the landlocked nation that borders Afghanistan. The Uzbek legal community and Boston College’s law school are about to commence an exchange program. Judicial independence, legal education, rule of law, a liberalized economy, anti-corruption initiatives and an active civil society and media seem foremost among the country’s new ambitions.

“The contrast between the Uzbekistan of today and other countries moving in the opposite direction is striking,” Cordy wrote in a Boston Herald op-ed last year.

There might be some irony when Cordy says, “the direction of the new president of Uzbekistan could not be more consistent with U.S. ideals.” That “new president” hails from halfway around the world. As for the new president at home, Cordy sees some autocratic traits.

As candidate and as president, Donald Trump has spoken disparagingly of judges who have ruled against his interests, and postured for laws that would lower the burden of proof in libel and slander cases. Ever outspoken on the need for an independent judiciary and unrestrained media, Cordy reminds us that there’s a Constitution here that also needs defending.

Cordy did that for 16 years on Massachusetts’ highest court prior to returning to a partnership at McDermott, Will & Emery. Though busy with high-profile clients, the 68-year-old Cordy—youthful and passionate as ever—has his passport handy and a map available for his next calling abroad, wherever that might be.

“I’m always energized by the prospect of working with colleagues abroad,” he says. “On one hand it can be exhilarating, but on the other hand we’ve got to be realistic about how things can change.”