On an overcast day in the Spring of 2009, Shalomi Abraham woke up early, packed his lunch, put on a crisp suit and showed up for his first day on the job with a large coffee in hand. While being trotted around the company for the requisite introductions, the last thing he expected was hearing someone ask, “Why are you even here? What is your purpose at the firm?”

But that’s exactly what Abraham, then a newly-minted legal counsel at Invesco Canada, was asked while meeting one of his new colleagues. As he struggled to answer the serious-toned question, the room erupted in laughter, with his inquisitor admitting he was just messing with Abraham. 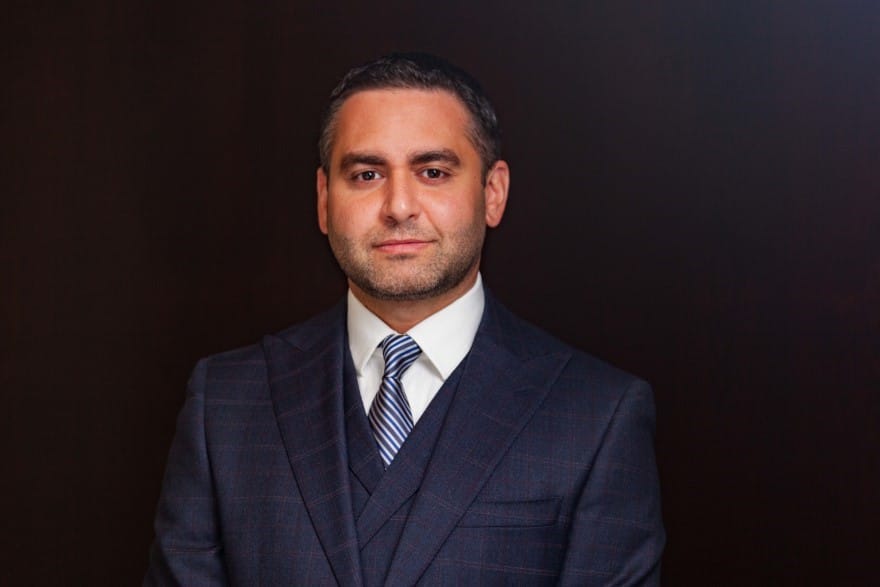 “After that, I was welcomed with open arms,” Abraham reflects. “But it was a nervous few seconds.”

Indeed, no one’s laughing now. In just 10 years, Abraham was promoted to senior vice president and head of legal in Canada. More importantly, he’s supported a global business that has grown in assets under management, from $350 billion (in U.S. dollars) when he joined to more than $1.5 trillion today.

“It’s been a great experience,” Abraham says. “After my initiation, I jumped straight into meetings that day with my boss, discussing legal, regulatory and strategy issues. I remember thinking ‘Yes! this is the job I want to be doing!’”

Abraham joined the firm on heels of the 2008 financial crisis, after cutting his teeth as an associate at the Toronto firm of Davies Ward Phillips & Vineberg, where he mostly handled securities and corporate law.

Once onboard at Invesco, he immersed himself in managing money for retail and institutional clients, who were often looking to save for retirement, support their children’s education or build a business.

“It was an interesting time to get into the investment management business,” Abraham remembers. “The financial services industry was going through tremendous upheaval, but I always found this niche of the market fascinating. I also wanted to learn how to couple business strategy with legal advice to make a company grow.”

Invesco has been offering investment products to Canadians since the 1980s and was one of the first players in the country to expand into exchange-traded funds. That innovation—and a focus on doing right by clients—has helped the firm grow, Abraham says.

“We don’t sell directly to clients; we do it through intermediary dealers and brokers,” Abraham explains. “But we support our network by understanding what changes are taking place in the market and the regulatory environment and we help them pivot accordingly.” 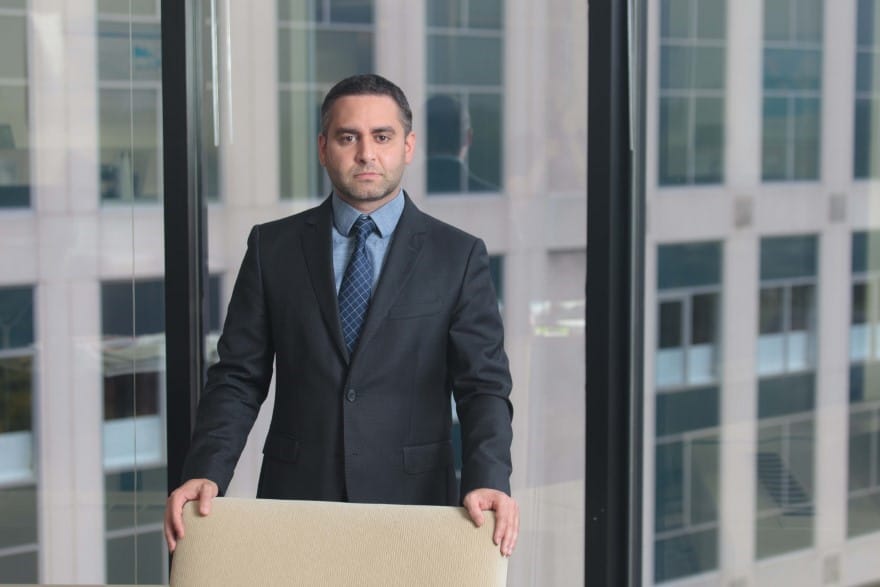 Following recent regulatory changes that impact how Canadians buy their investment services, Abraham makes sure that investment products (like mutual funds, exchange-traded funds and the firm’s proprietary platform-traded funds) comply. His team does everything from structuring new products to ensuring proper governance, oversight and disclosure.

“In Canada today, the industry’s once again going through immense change, this time affected by the impact of technological advances, regulatory reform and a focus on ESG [environment, social and governance] investing,” Abraham says. “We’re spending considerable time on these shifts.”

While Abraham’s initial focus was on Invesco’s Canadian markets, he soon missed the transactional nature of practice. After a few discussions with his boss and mentor, Invesco flew Abraham to New York to broaden his knowledge in the areas of venture capital and private equity. There, he met his second mentor in Manhattan, who also took him under his wing. Abraham eventually took on primary responsibility for the venture group in New York, along with his Canadian responsibilities.

“My mentors came to me in at an important moment in my career, pushing me out of my comfort zone, and instilling a client-first mentality,” says Abraham, whose proficiency quickly earned him a promotion to senior vice president and head of legal in Canada in early 2019, along with additional management responsibilities.

Around that time, Invesco combined with Oppenheimer Funds in the U.S., an asset management company, offering a wide selection of new investment products for individuals, institutions and corporations.

“Managing money is a privilege based on trust,” Abraham says. “No matter who we are dealing with, we need to be respectful of that and put our clients’ interests first.”

Abraham developed an eye for business early-on, learning from his father Weitzman, an immigrant entrepreneur who built a successful jewelry business in Toronto.

Taking his father’s advice to become a professional, Abraham earned a degree in business administration in 2003 from York University’s Schulich School of Business in Toronto. Later, he earned a J.D. from  Osgoode Hall Law School in 2006. 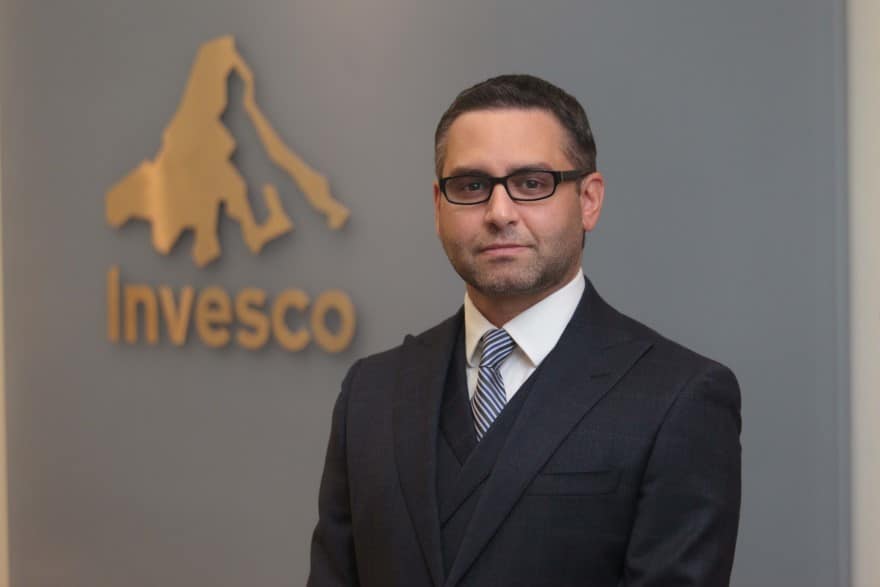 Abraham took his first legal position with Davies Ward, before joining Invesco in 2009. While working at the firm, he picked up a LLM degree in securities regulation from the University of Toronto in 2011.

When not overseeing product development for new funds, or helping the business navigate a changing regulatory and market environment, Abraham is helping support the firm’s other initiatives, including the buildout of Invesco’s alternatives business.

In his free time, this avid pond hockey player has found a way to help up-and-coming employees at Invesco. He also serves as board chair for Big Brothers Big Sisters of Canada, a youth mentoring organization he’s been involved with since 2016.

Reflecting on his first day on the job, Abraham says his confidence has only grown, but he’s grateful for that experience because it taught him that he can embrace the unfamiliar.

“The change in our industry makes it a great place to be,” Abraham says. “The market, a client request, or coworker having fun in a moment can make it a different day from what you expected. There is always something new happening.” 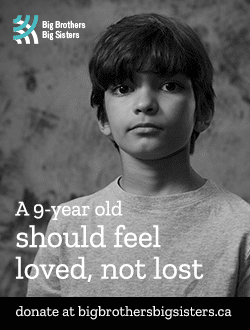 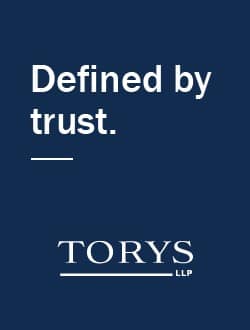