A year of firsts for experienced commercial lawyer

F or most people, the first day at a new job consists of meeting colleagues, getting log-in credentials and learning company basics. For Sophia Lee, her first day at Altus Power Inc. also included getting up to speed on its plan to go public, an initiative she would be leading.

“I worked on it from day one and every day after for the following seven months,” says the company’s chief legal officer. 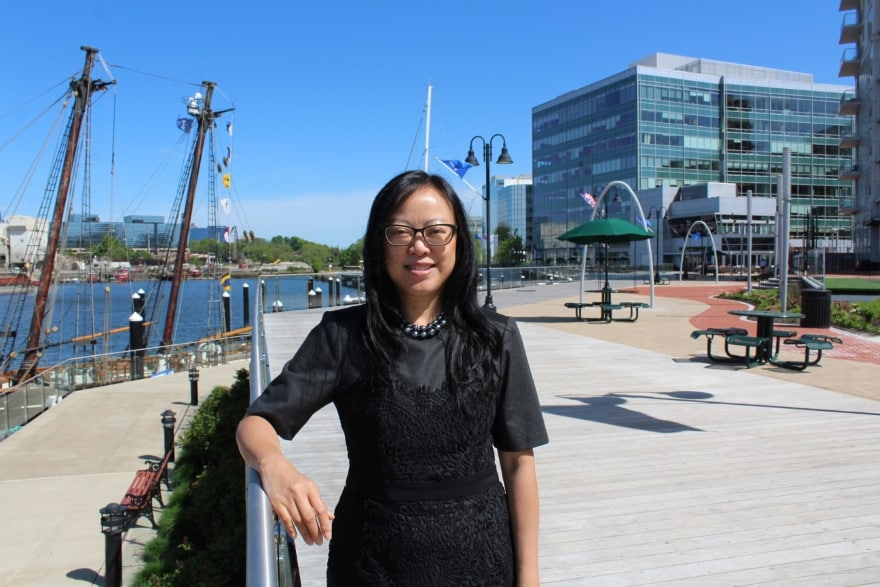 The merger with CBAH provided a quick path to going public as well as a partnership with CBRE. Altus, which currently operates in 18 states, develops, owns and operates solar generation and energy storage systems on commercial and industrial sites. It also offers clean energy for electric vehicles.

“This was my first time taking a company public via a SPAC, which in some ways was more complicated than a traditional IPO, but it was very interesting,” Lee says. “Unlike the typical SPAC deal, our merger was very much a strategic transaction, via our unique deal structure as well as the strategic partnership we formed with CBRE.”

To complete the public listing, Lee had to prepare filings with the U.S. Securities and Exchange Commission and New York Stock Exchange, while also negotiating the terms of the merger with CBRE.

As the company’s first in-house lawyer, she also helped Altus hire more staff, primarily in risk, regulatory compliance and internal audit, areas she had managed in prior roles .

“They knew they were in growth mode while going through this process and would need an experienced adviser and thought partner with an eye for anticipating challenges and thoughtfully influencing change,” Lee says. “They wanted me to work closely with the business leaders early on so I could also be an impactful business partner and bring insight from day one.” 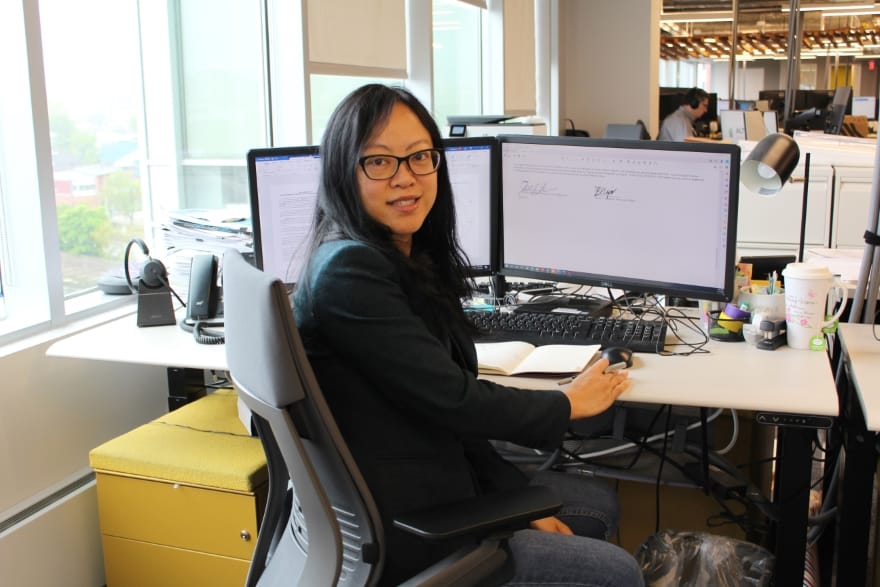 She developed policies related to corporate governance, public communications, business conduct and employee stock trading to meet the standards required of public companies. She then had to train employees on complying with those policies.

“There was a lot of interest in learning what it means to be a public company due to the company’s top-down emphasis on ethics, transparency and compliance,” Lee says.

She says she’s enjoyed engaging with the other departments to strengthen the company as it goes through so many changes.

“Altus has a culture of collaboration, which has enabled me to integrate the legal function into the culture of the business to put Altus in the best position to succeed,” she says.

Lee says this was especially helpful during her first several months with the company.

Altus had acquired a large portfolio of operating solar assets, which she says allowed her to quickly learn the business and industry. She says she enjoys working with the business teams on transactions for the development or acquisition of solar projects, which have grown the company’s solar asset portfolio by approximately 100 megawatts since she joined.

In another first—for both her and the company—she’s preparing a sustainability report, which is expected to be published by the end of 2022. She’s formed a corporate social responsibility team, which has been collecting data from each department to develop ESG goals. 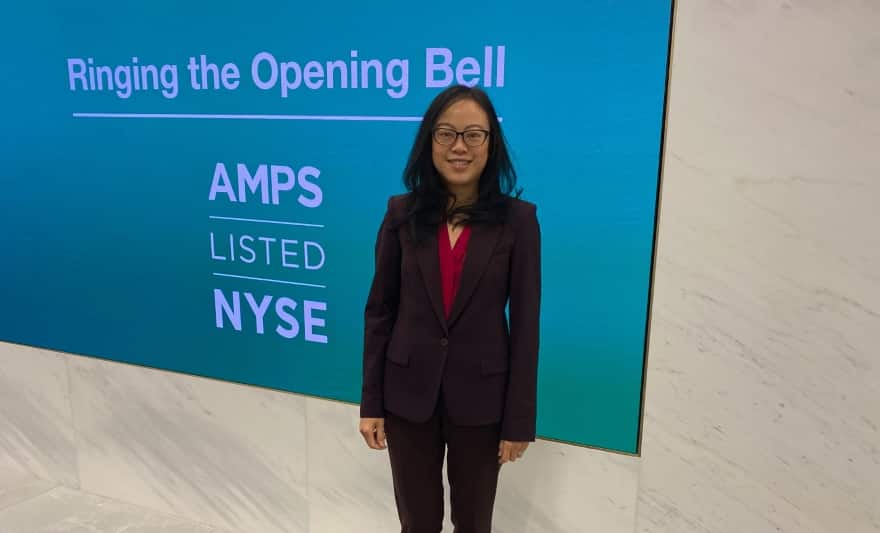 With Altus being a clean energy company, Lee says the employees care deeply about driving the clean energy transition while lowering the company’s own carbon footprint.

In a similar vein, the company has promoted volunteering in the community and employees have recently participated in beach clean ups and 5K runs for charity. On the governance side, Lee has been examining the structure of the board and ensuring it has a diverse makeup and follows best practices that promote transparency, accountability, regulatory compliance, risk management and responsible and ethical conduct.

“The team is passionate about diversity, strong governance and the environment,” she says. “It’s been a tremendous effort for all of us here to highlight our integrated approach to sustainability.”

Lee says when she interviewed with the company and saw how mission driven everyone was, she knew it was where she wanted to be.

“I came to Altus because I wanted to be in the renewable energy space,” she says. “I was ready to pivot to an industry I’m passionate about, which is cleantech, and I was excited to join this team.”

Prior to Altus, Lee spent seven years as general counsel at IEX, a financial technology company in New York. She led the company through the SEC application process to create a new stock exchange, a two-year process that generated nearly 500 public comments. She also spent 10 years as deputy general counsel at Liquidnet and four years as associate general counsel at ITG, both of which are also in the fintech space. 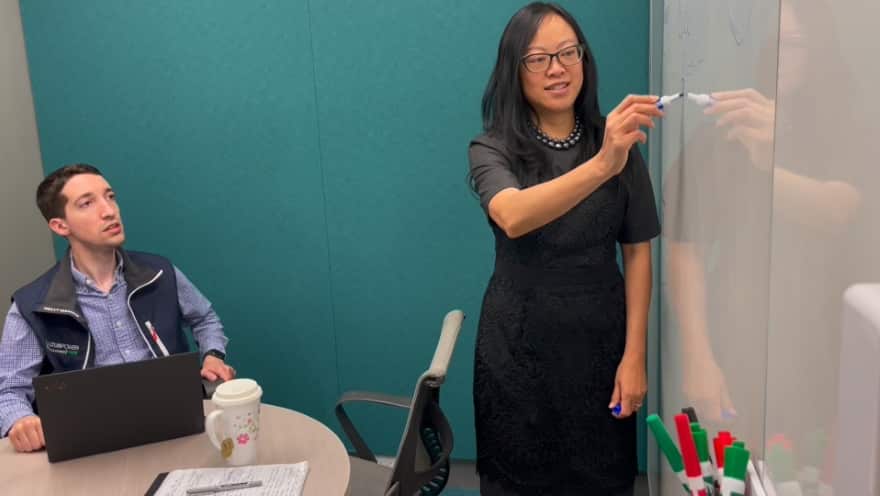 Lee has her bachelor’s degree in mechanical engineering from the Massachusetts Institute of Technology and her J.D. from New York University School of Law, where she spent a summer participating in the SEC’s honors program. She also holds a patent attorney registration from the U.S. Patent and Trademark Office, as well as her Chartered Financial Analyst charter from the CFA Institute.

“It feels great to be able to bring all my previous experiences together here at Altus to help it grow and innovate,” Lee says. “I’m excited to see how we continue to build upon those successes while expanding access to clean energy.”