The force will be with you—and in more ways than one—with the opening of the American Bible Society’s Faith and Liberty Discovery Center in Philadelphia in May 2021.

From the moment visitors walk into its two floors of display in Independence Mall they will be handed a glowing lamp—akin to a Star Wars light saber—that acts more like a magic wand. Wave it at one of the interactive displays and they can access information about a spiritual relic, listen to historical recordings of scripture, or delve into recorded discussions on themes such as “justice” or “truth.” At the end of the tour, visitors can download whatever aspect of their visit intrigued them, to take home. 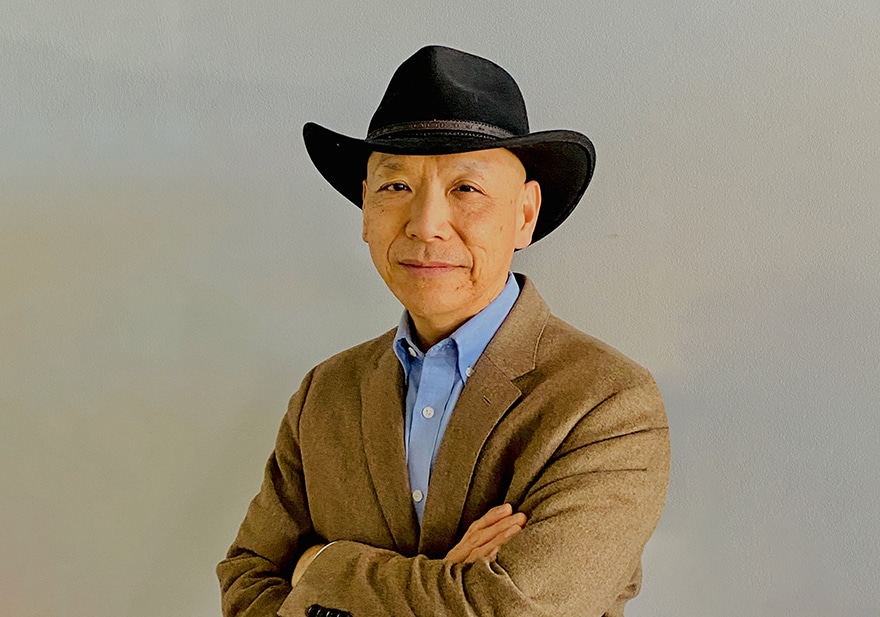 With its opening slated for May 1, the exhibit is adjacent to popular attractions on Independence Mall like Independence Hall, the Liberty Bell, and Museum of Jewish History. It marks a new way for people to understand the Bible’s influence in American history, says ABS General Counsel Stephen Kao. He explains there’s a certain “wow” factor at the site, which was designed by Local Projects, the same company that built New York City’s 9/11 Memorial and Museum.

“The Bible as a historical document played a powerful role in the development of our country,” says Kao, noting it was one of America’s three key founding documents alongside the Declaration of Independence and the U.S. Constitution. “The mission of the Faith and Liberty Discovery Center is for all people to explore the relationship between faith and liberty from America’s founding to today.”

Merging the physical with the digital

Founded in 1816, the nonprofit was formed in New York City through the collaboration of regional Bible Societies to aid in the production and distribution of bibles. Notable leaders have included President of the Continental Congress Elias Boudinot, Chief Justice John Jay and Francis Scott Key, the writer of the national anthem.

“It was our mission to bring the first Bible to people in the U.S. and around the world and translate it into all heart languages,” says Kao, noting its ministry traces to Civil War soldiers who he says found healing for their traumas via scripture. 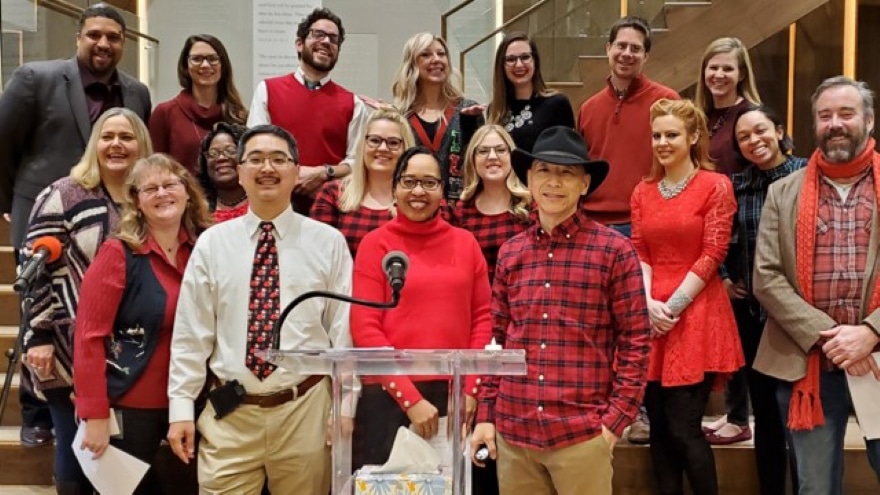 ABS moved to Philly in 2015 for missional purposes and to build its FLDC on the historic Independence Mall. The site—designed by L2Partridge of Philadelphia—won the 2017 Shaw Design Award in the large office category.

Kao says the move physically and philosophically provided opportunities for growth. In addition to the FLDC on the first floor, ABS is leasing offices on the eighth and ninth floors.

“It’s an important time to point people to the Bible for hope—to show them what we have in common, rather than the differences that pull us apart,” says Kao, pointing to the current pandemic and social unrest. “Here we can bring a physical and digital experience together to show how the Bible has impacted society over time.”

While Kao handles the daily legal work at ABS, there’s another critical task to his role: building relationships within its community. Leading the ABS cultural health team, he facilitates conversations to help staff adjust to a “new normal.”

To develop community culture—a priority for CEO Robert Briggs—Kao helped develop a 3-part formula focused on internal communications, leadership accountability and community care and interaction—no small feat during a pandemic when the entire staff is virtual. 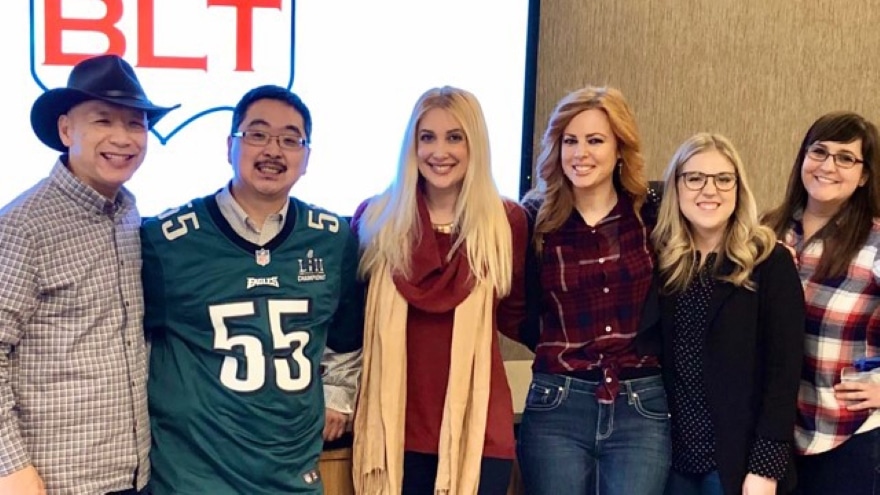 Briggs and Kao are inspired by the corporate change management model written for the Harvard Business Review by Dr. John Kotter, founder of Kotter International, a management consulting firm.

“We needed to develop a stronger sense of community, so many of us began working outside our normal job descriptions to build trust,” says Kao.

To demonstrate a caring culture, since March 2020, Kao’s orchestrated regular Zoom meetings, virtual town halls, and morning sessions with staff. Weaving in discussion and meditation, he makes a point of reaching out to 200-employees to understand their stress, isolation and challenges of COVID-19.

“We’ve developed a sense of connection and caring,” says Kao. “It’s the most meaningful job I’ve ever had.”

Practicing what you preach

But for Kao, life and work have always intersected.

Growing up in a faith-based background, Kao springs from a family tradition of promoting fairness and justice. Three previous generations served as ministers throughout Asia. Developing an interest in law, he found a different way to merge his legal aspirations with his desire to make a difference.

Earning his political science degree from Columbia University, Kao earned his JD from the University of Virginia School of Law. Following graduation, he became the director of a criminal justice research initiative and authored a criminal justice index covering reforms and another publication regarding civil rights. 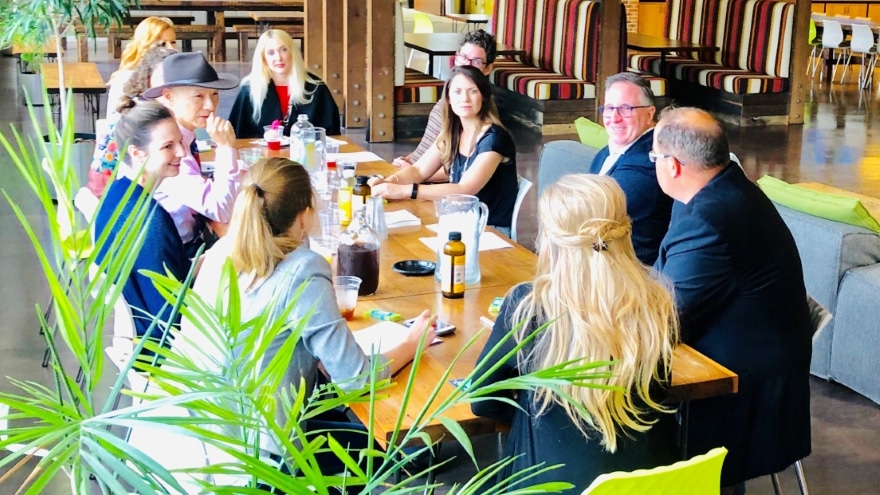 Afterward, in 2000, he joined Gammon & Grange as senior counsel in corporate and transactional practice for 15 years. His responsibilities included IP licensing, contract negotiation and employment policies and practices.

By 2015 he joined ABS as deputy general counsel and became general counsel in 2017. In addition to developing internal culture, handling IP licensing and contract negotiation he’s also responsible for HR, IT, and developing relationships with ministry partners and connecting with financial donors.

While mentor Chip Grange at Gammon & Grange taught him about risk management, Kao credits his parents and talk around the dinner table for his faith and ability to build relationships.

“They taught me to see the joy in people growing and developing a relationship with God,” says Kao. “By better understanding the human equation with its struggles, we can tap into caring and connection to repair division and brokenness.” 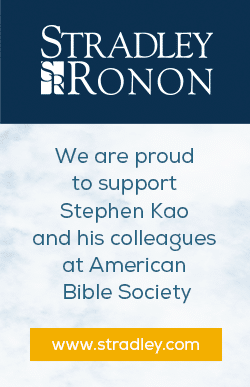