Guy Billauer isn’t the only attorney who gets calls at all hours of the day and night.

It’s just that he gets them from more time zones, and that’s only part of his job as general counsel and chief compliance officer for the American Jewish Joint Distribution Committee, which is better known by its JDC acronym. 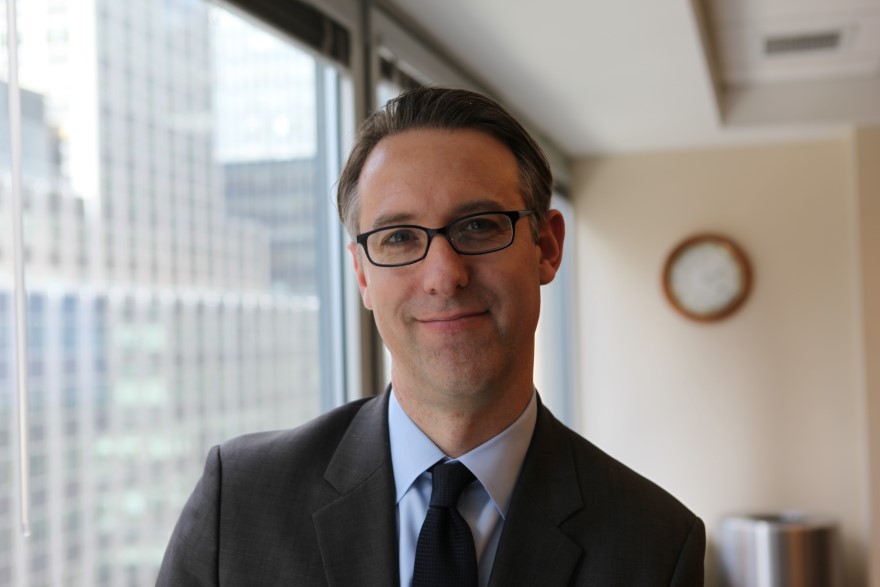 Those late-night calls could be about helping Jewish communities in Baltic nations that were once part of the Soviet Union; or to help organize Jewish leadership programs at a summer program in Hungary.

They could even be about providing disaster relief to communities in Mozambique following a devastating cyclone.

“We’re the largest Jewish humanitarian organization working on behalf of the North American Jewish community to support Jews in need around the world,” Billauer explains. “We’re apolitical and pluralistic, in the sense of being connected to all religious streams. We work with anyone who identifies as a Jew.”

A century of caring

Founded in 1914 to assist Jews in Ottoman Palestine during World War I, JDC has supported Jews in more than 70 countries and its programs currently serve hundreds of thousands of people. After World War I ended, JDC established Jewish health and welfare societies in Poland and the Soviet Union and funded public health programs in Lithuania and Romania. 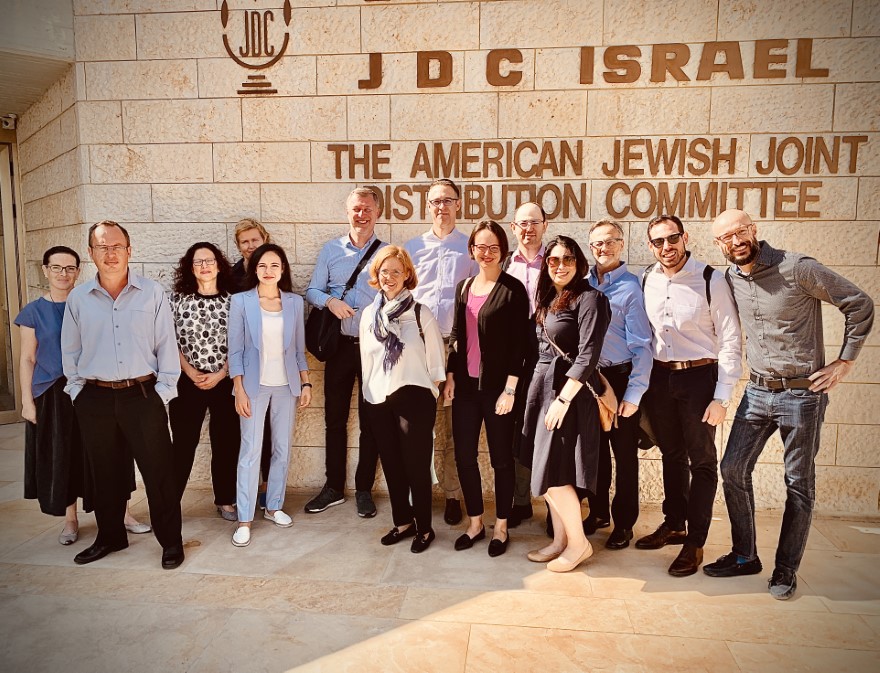 While it’s agriculture efforts in the Soviet Union ceased in the 1930s, JDC was by then assisting German Jews suffering during the rise of Nazi rule by rescuing and aiding refugees looking to escape the oppression.

Long a supporter of the Jewish state of Israel founded in 1948, Billauer notes JDC partners with the Israeli government in developing social assistance programs, especially for elder care, at-risk youth and people with disabilities. He knows of this personally—JDC’s programs help his mother, who lost her eyesight several years ago.

“We pioneered in creating programs to support the disabled and allow them to have opportunities for employment and be part of the community,” Billauer says.

JDC also has an office in Buenos Aires and raised money to assist Jews impoverished by the depression in Argentina from 1998 to 2002, and  worked with Jewish institutions there to prepare for economic recovery and the next crisis. 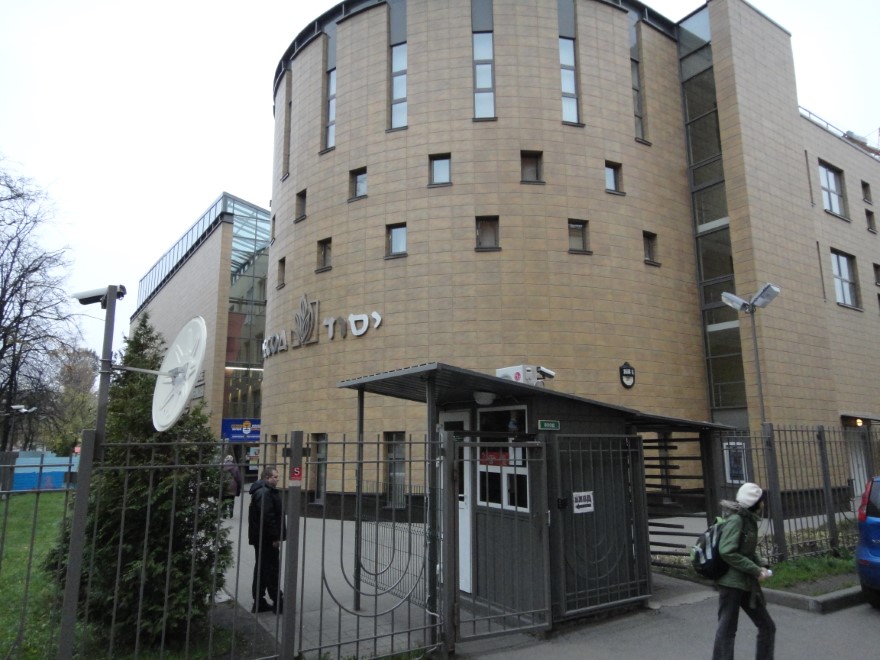 All of JDC’s work is intended to support Jewish communities so they can thrive on their own.

“We go when we’re needed. When the people we’re helping are self-sustaining, we move elsewhere where we can be of added value,” Billauer notes.

While the work is global and his duties touch nearly every time zone on the planet, he says changes are coming, too.

“JDC is at a critical moment. We’re blessed to have a new CEO Ariel Zwang, the first woman to head the organization who brings extensive nonprofit management experience,” he says. 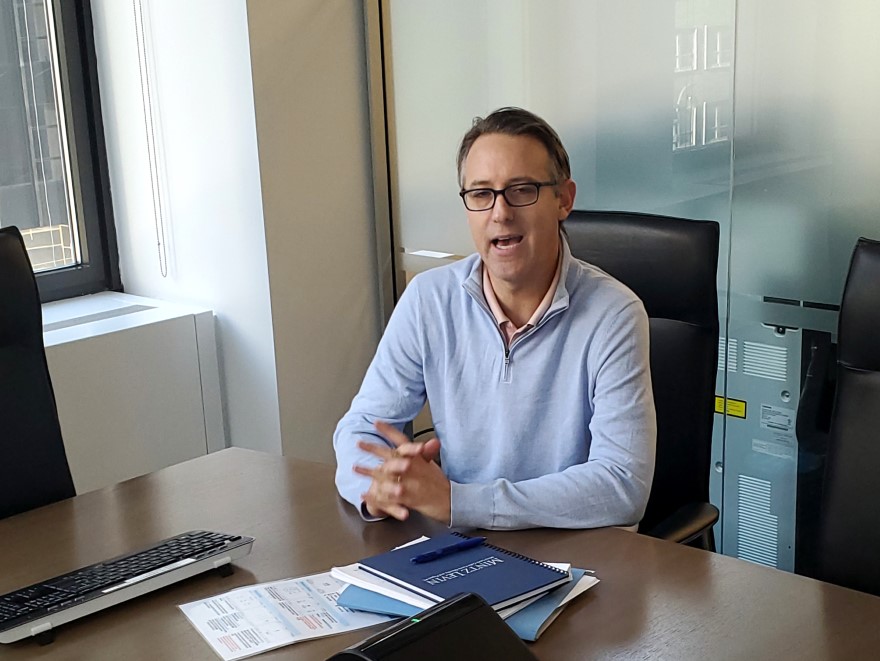 Billauer, who was an early candidate for the CEO position, will now work with Zwang in areas including corporate governance, staffing, updating JDC’s policies and bylaws, and familiarizing her with all the legal jurisdictions the nonprofit operates in.

He’ll also continue helping his colleagues in the field organize medical and in-home care for aging Holocaust survivors—those harmed by Nazi rule whether imprisoned in camps or otherwise displaced—which is JDC’s most encompassing mission.

Since the early 1950s, the German government has paid more than $80 billion in pensions and social welfare payments to victims through the Conference on Jewish Material Claims Against Germany, money which funds JDC’s efforts in eastern Europe and the former Soviet bloc. 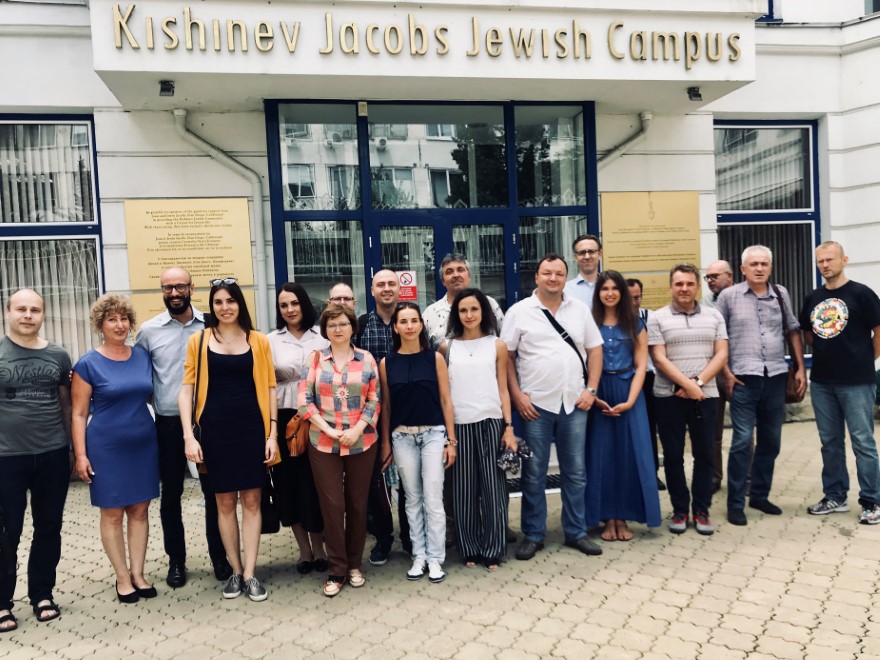 Billauer says it remains to be seen if there will be additional restitution for ensuing generations—those are ongoing discussions involving the Claims Conference, the World Jewish Restitution Organization and the German government.

Even as Holocaust survivors decrease in number, the need to assist Jews around the world will not. Billauer also supports renewed fundraising efforts and planning to launch and sustain programs and services.

“The strategic thinking needs to be based on a certain level of knowledge and experience of what’s happening on the ground,” he says. “My job as general counsel is to be sure we have internal and external resources under huge budget constraints, while also making legal judgments all the time on our posture and positions.”

Billauer developed a passion for international affairs while he attended George Mason University on a volleyball scholarship.

A native of Israel, he’d been recruited from its national team to play at the university in northern Virginia. He also interned at the Israeli Embassy in Washington, D.C., before earning his bachelor’s in international studies in 1999. 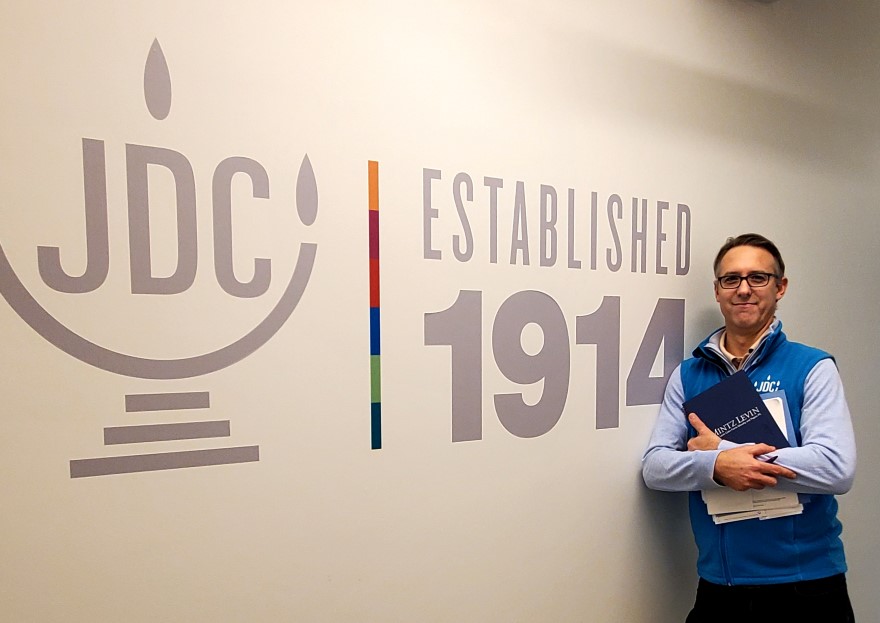 Upon graduation, Billauer joined the American Jewish Committee, first as a program specialist for its Center for American Pluralism. After his promotion to associate director for international Jewish affairs in 2003, Billauer returned to school, enrolling at The Catholic University of America Columbus School of Law. He earned his JD in 2008 and became the AJC’s associate director of national and legislative affairs in 2009.

Through his work, he developed contacts around the world, and because he speaks Hebrew he was well-suited to become a regional specialist for JDC in July 2011 and work with the nonprofit’s Israeli staff.

Billauer was named legal counsel in 2012 and general counsel about 18 months later in 2013.

No matter who calls or how late, Billauer says he’s where he belongs.

“For me as general counsel, it’s amazing to be able to provide support for our professionals and clients, to help them operate in some of the world’s most difficult circumstances. The fact that I’m in law in that work and I can defend and resolve issues is a dream job. Very few people can work in 25 jurisdictions in one day.” 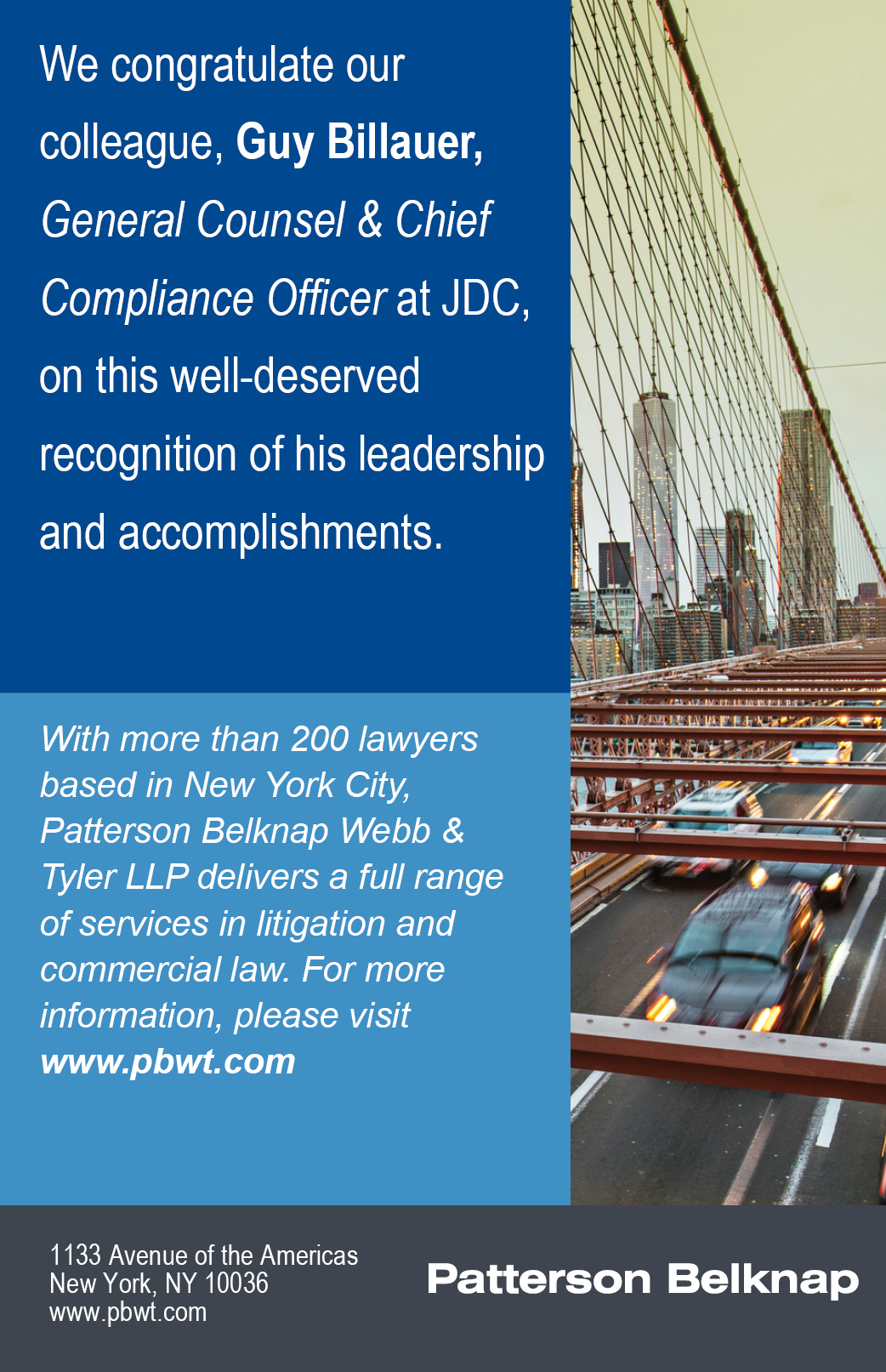 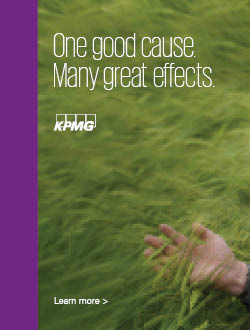 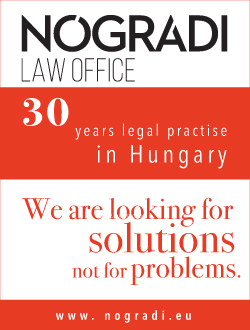 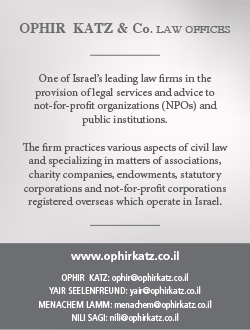 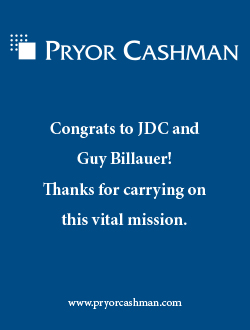 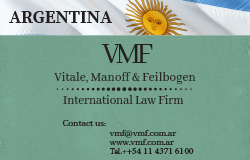