Signing on for a tech transition

He can be a philosophical sort, one who would have been right at home among the ancient Greeks who praised the ideals of sound mind and body. Steven Worth is passionate about both—to the benefit of several mid-sized companies he’s counseled in-house, and allowing him to stand out in pursuits of physical endurance.

A blend of Athens and Sparta, perhaps? 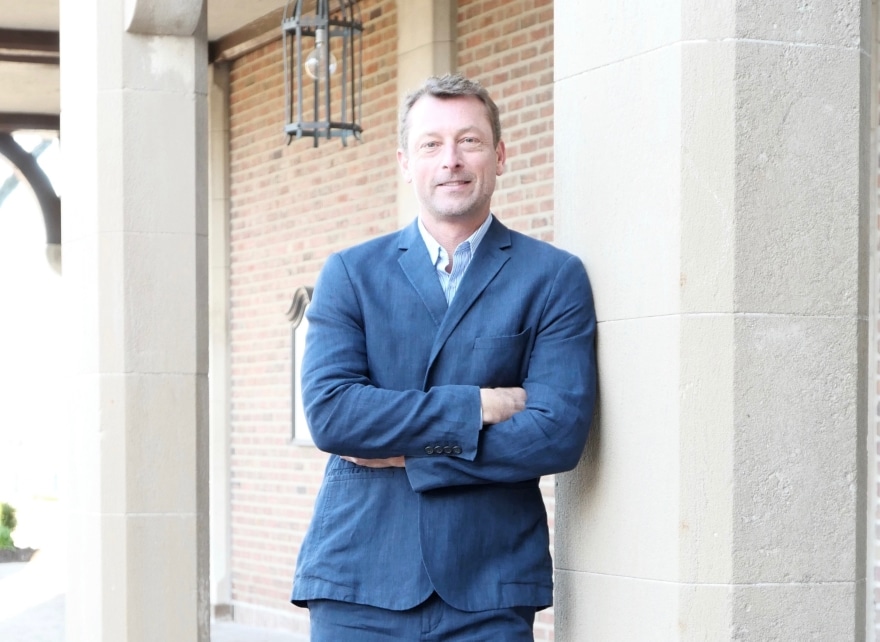 “There is an old adage that says, ‘people who say something can’t be done are often rudely interrupted by someone doing it,’” he says. “I want to be the one doing it.”

Since 2016, he’s helped position Chicago-based OneSpan for a bigger share of the burgeoning e-signature market, now dominated by DocuSign. OneSpan was formerly Vasco Data Security International Inc., and its cybersecurity and anti-fraud solutions have been a staple in the financial world for decades, a market where OneSpan has over half of the world’s top 100 banks as customers.

COVID-19 also having underscored the necessity for sealing deals remotely, Worth figures his employer’s services will only grow in necessity as this modus operandi continues post-pandemic. Over the past year, OneSpan also got a boost from regional banks that used the firm to process Paycheck Protection Program loans. More recently, OneSpan reeled in as a client a next gen, cloud-based banking platform provider—the largest SaaS deal in company history.

“The overall penetration of e-signatures in the addressable market is still low, but we see it growing,” he assures.

Worth came to OneSpan as part of a new management team as the company shifted from hardware to cybersecurity software, mainly for banks, while integrating a Montreal-based e-sig firm, Silanis Technology, acquired in late 2015. Well-versed in the technology industry from previous in-house positions, he wanted to go beyond the traditional functions of general counsel, chief compliance officer and corporate secretary.

In 2019, Worth spearheaded a yearlong effort to improve the acquired e-signature solution, now called OneSpan Sign. When the company reported nearly 50 percent growth in SaaS subscription revenue the following year, he could share in the satisfaction. He had also assumed responsibility for infotech security and regulatory compliance, even including among his direct reports the new chief information security officer. 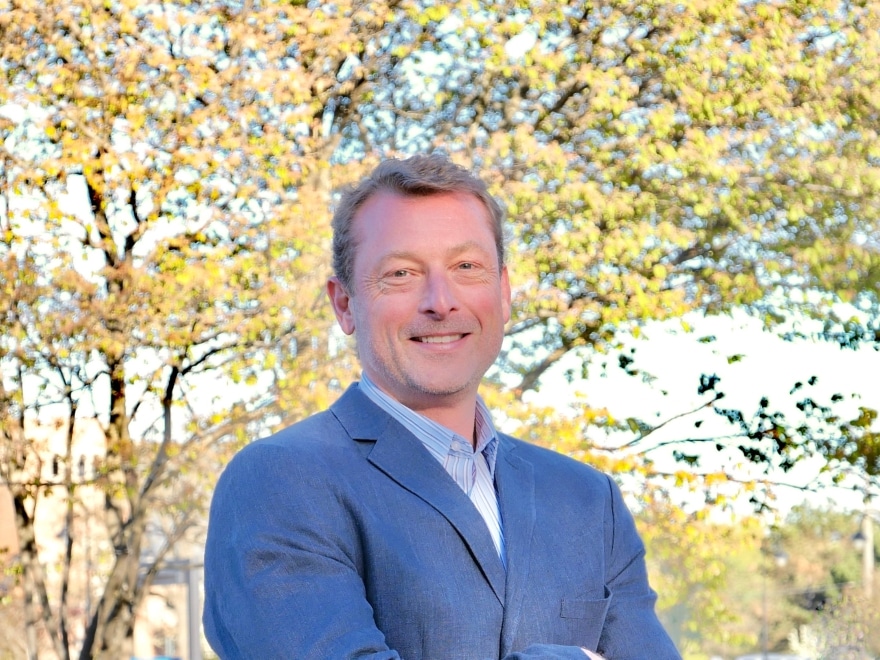 “It solves the traditional problem of having the CISO under the chief information officer and having to fight for attention and budget dollars,” he notes.

With around half of OneSpan’s operations in Europe, the company must adhere to the General Data Privacy Regulation. To that end, Worth has helped make sure its customers can also meet these requirements as companies move to mobile-based products for smartphones and the cloud.

The streamlining transcends into Worth’s strategy for legal management. While he’ll answer colleagues’ concerns when needed, he prefers staff who solve issues as a group and approach him if they can’t resolve a particular matter. Rather than micromanaging, he pushes the OneSpan values of CATS—collaboration, accountability, transparency and speed. Hire the right people and give them room to excel, Worth advises.

“From a general counsel’s perspective, this has been the most interesting role I’ve played in supporting business transition,” he says. “But I’ve never considered myself to be just a general counsel, so the additional roles have worked out well.” His newest responsibility, as of June 2021, is the role of interim chief financial officer.

Up and running again

A competitive cross-country skier at Cornell University, Worth says he neglected his physical fitness after graduate school until around 2015 when he returned from a three-mile jog huffing and puffing. His eyes opened to how some of his friends had suffered heart attacks—or worse—in their 40s, Worth literally hit the ground running and hasn’t stopped.

Since then, the now 51-year-old has pushed himself as much physically as intellectually, competing in short course duathlons—2.5K run, 20K cycling, 5K run—and finishing first overall three times. He was top-ranked nationally in USA Triathlon’s 50-54 age group for 2020 and has run a mile in under 5 minutes. 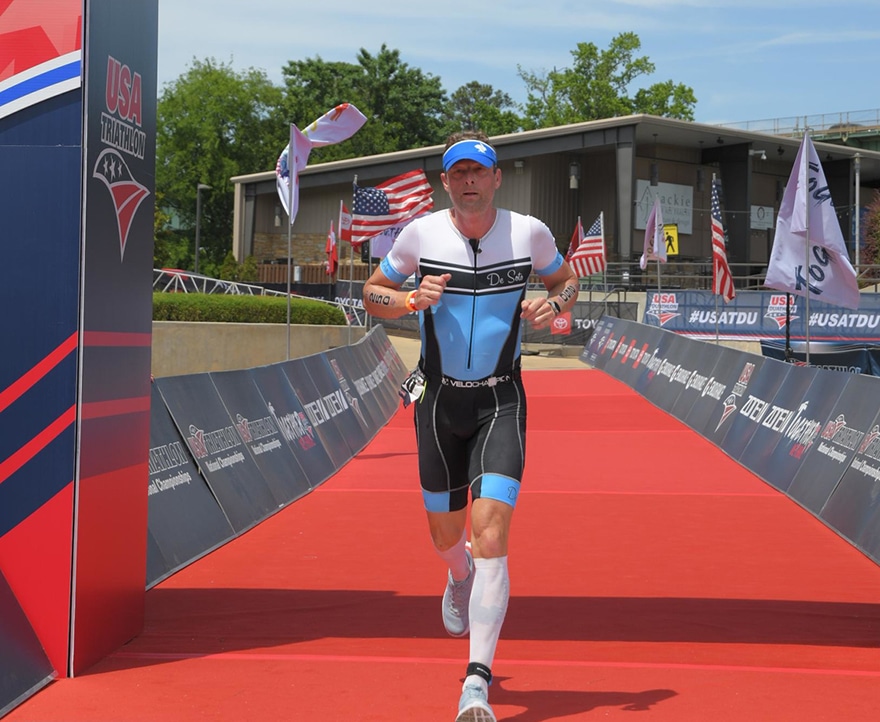 “What applies to winning races applies to business, too,” he says. “Strategy, execution, consistency, grit—in any pursuit these elements must come together.”

They did, on an academic basis, too, when Worth became the first Badger to simultaneously earn a law degree and MBA—both with honors—in three years at the University of Wisconsin. “I’ve been told that since then, one or two others have matched that, but I was the first,” he notes with a chuckle.

Those creds earned him a spot in Winston & Strawn’s corporate law and tax departments in Chicago, where Worth worked prior to entering the corporate world. Afterward came stretches of six and five years, respectively, where he headed the legal departments of two Chicago companies, Diamond Management & Technology Consultants and SilkRoad Technology. In-house, however, was his intent all along.

“At the large law firms, you’re under pressure to specialize in one or two things, and that didn’t match up with what I wanted to do,” he says. “I want responsibilities in both business and law.” Fortunately, his mentor at the firm was Tom Fitzgerald, the longtime managing partner, who recognized this and supported Worth along his journey.

He is also immersed in a couple of goodwill causes. A sportsman and conservationist, he’s chaired the Ducks Unlimited Lake Forest Area chapter and speaks passionately about the need to preserve wetlands and forests. Such resources aren’t just for scenery, he reminds, they also mitigate the carbon footprint and produce clean water. 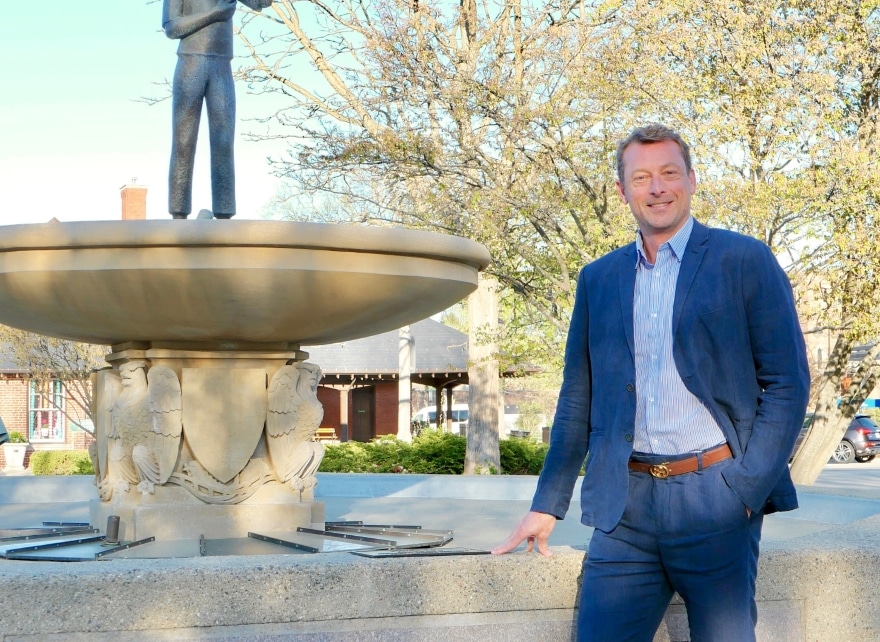 Worth and his wife, Dustin, having spent parts of their youth on Army bases, are involved in Lake County Honor Flight which takes veterans to Washington, D.C., for three days to visit memorials and meet dignitaries. He’s proud that their teenaged daughter, Redding, participates as a guardian.

“Both her grandfathers were Vietnam veterans, and she was appalled to hear how many veterans were treated upon coming home,” he says. “We couldn’t be prouder about her involvement and the desire to say thank you for your service in such a special way.”

She can be proud of him, too, Worth having hoofed the 33-mile length of Lake County last fall to raise funds for Honor Flight.

“It also set the fastest known time for that trail,” he says of those challenging, yet rewarding, four plus hours. “And I couldn’t have done it six years ago. Now I am always looking forward to the next challenge in life.” 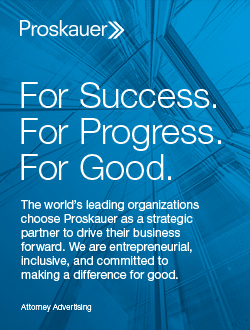