Beauty may be only skin deep, as the saying goes, but preserving and protecting it is at the core of Susan Tanaka’s work. The head of legal for Amorepacific’s U.S. and Canadian operations, Tanaka says the South Korean maker of skin care products takes great care in its development and marketing approaches.

Tanaka, who considered a career in medicine and helped conduct research in biology labs before shifting to law, says understanding lab reports, as well as licensing or sales agreements, is crucial to her and what she does. And it’s rewarding, too.

“I’ve always had an interest in the beauty industry,” she says. “I get to be around products and their development from an idea to highly effective products that consumers love, all while helping it get marketed in the most attractive, yet compliant, way.”

In the tea leaves

Amorepacific was established in South Korea in 1945 with the goal of becoming an “Asian beauty creator.” What originated as a small family business selling a homemade hair treatment made of camellia seed oil has become a global beauty and skin care products manufacturer. It has more than 40 brands, 13 of which are currently sold in the U.S. and Canada.

The company’s products are sold in partnerships with retailers such as Sephora, Bergdorf Goodman and Nordstrom; online through Amazon and its own e-commerce websites; as well as at licensed Aritaum stores, Tanaka says. 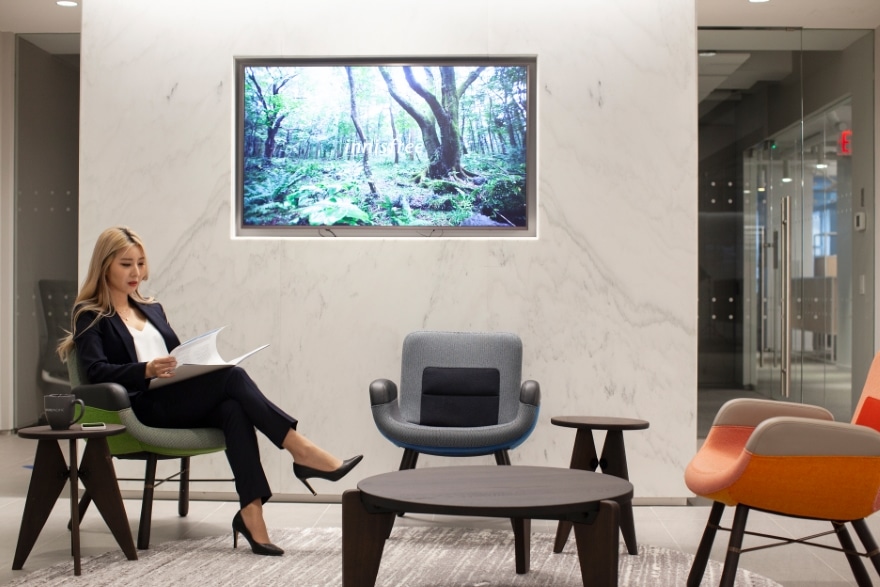 The green tea (known for antioxidant-rich catechins and moisture enhancing amino acids) used in Amorepacific’s products is grown by the company on its U.S. Department of Agriculture-certified organic fields on South Korea’s Jeju Island, she adds.

The first cosmetic Tanaka ever bought was pearl eyeshadow from Amorepacific’s Etude House brand, she recalls, and what drew her to join the company was its voluntary phaseout of animal testing on ingredients and products in 2008.

Careful what you say

Part of Tanaka’s role is determining what’s said on the websites and in marketing and advertising material. As she explains, Amorepacific can’t make claims conflicting with U.S. Food and Drug Administration regulations. False claims can also lead to problems with the Federal Trade Commission and state attorneys general.

“When we look at an ad copy before it goes out, it’s not just one aspect,” Tanaka says. “Claims must not only be written in a compliant manner but also need to be supported independently through clinical or perception studies.”

While reviewing ads, she also must ensure Amorepacific is not making unauthorized use of music or pictures. Likewise, with an increase in e-commerce kicked off by the COVID-19 pandemic, she ensures Amorepacific’s five websites comply with the regulation of personal data, especially those outlined in California’s strict consumer privacy act. 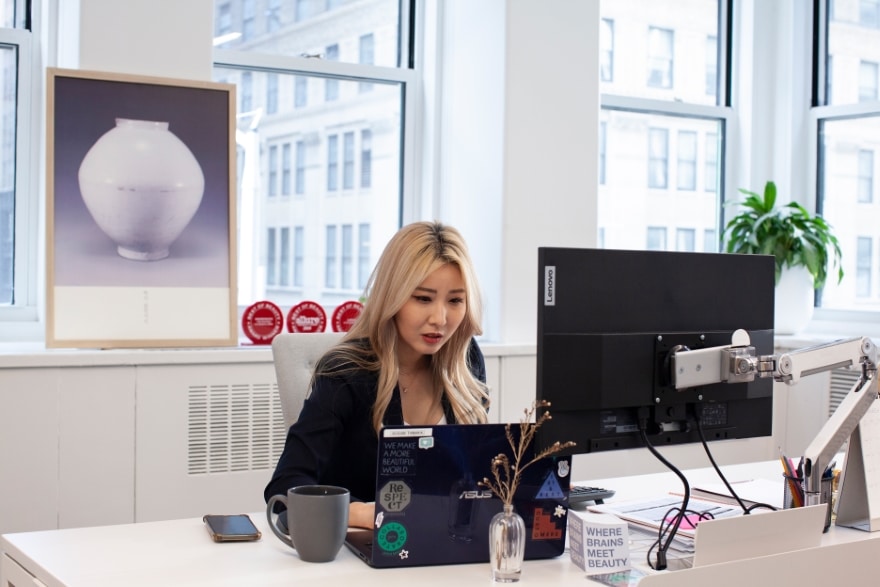 Strengthening the e-commerce network also has required contracting with new technology vendors and firming up website policies, such as privacy, memberships and returns, she adds.

As for in-person sales, in 2020, there were store closures and lease renegotiations to work through, too. In 2021, Tanaka is helping the company develop new retail partnerships and create post-pandemic workplace policies, as well.

Tanaka also helps protect the company’s technology and innovations in North America. Counterfeit and gray market products can contain ingredients not authorized for sale by the FDA and noncompliant packaging and labeling. These products may even contain ingredients a customer is allergic to but is unaware are included, because labels are not in English, she adds.

The company records its registered trademarks with U.S. Customs and Border Protection to prevent importation of counterfeit products. It also pursues legal measures against anyone selling unauthorized products under the guise of Amorepacific’s brands in the U.S. and Canada, Tanaka says.

From lab to legal

Born in South Korea to a U.S. Army officer father and a Korean mother, she moved with her family to Twin Falls, Idaho, while in middle school. When she studied biology and psychology at Boise State University, her future appeared to be in medicine or perhaps a research lab.

But while working toward her bachelor’s degree in biology, Tanaka took a course in criminal justice and quickly discovered the law had its lure for her.

After graduating from Boise State in 2010, she went on to the University of Illinois College of Law, earning her J.D. in 2013. She was a summer associate at Kirkland & Ellis LLP in 2012 and became an associate at the firm after graduation. 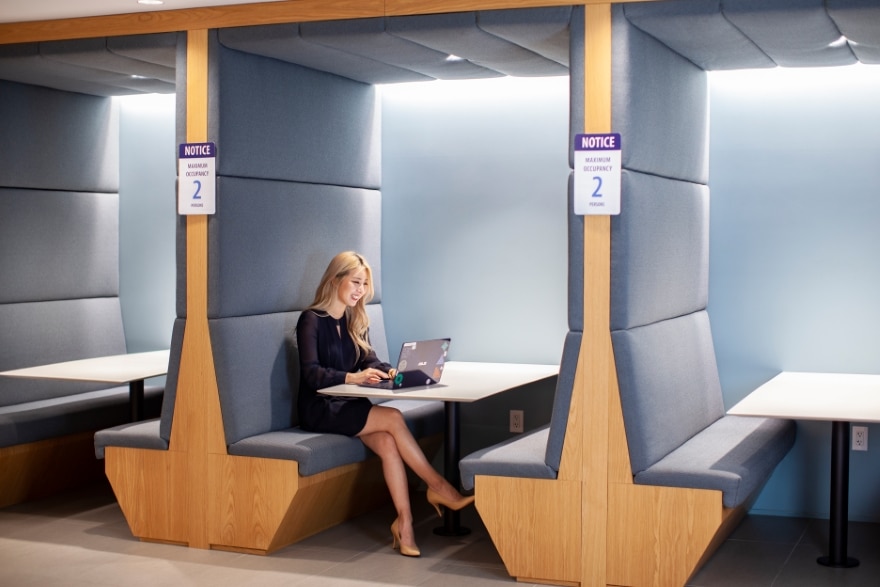 The firm allowed her to hone her skills in intellectual property and advertising litigation, as well as M&A and corporate governance. While at Kirkland, Tanaka provided pro bono legal services to animal rights organizations, one of which, in Chicago, successfully fought to ban retail sales of dogs from puppy mills.

She says she enjoyed her experience at Kirkland but had a growing desire to explore an in-house career.

Tanaka’s first opportunity came in July 2017 when she became corporate counsel at FTD Cos. Though it may be best known for the FTD floral delivery service, FTD Cos. also owned companies including Shari’s Berries, Personal Creations and Interflora, and Tanaka enjoyed supporting the marketing and merchandising teams, especially protecting IP, she says.

In February 2019, she became general counsel for Amorepacific’s North American operations. It’s work that has blended her scientific and legal skills, she says. Tanaka’s fluency in both cultures and languages also helps bridge the gap between the headquarters in South Korea and the American markets.

“I feel a great deal of responsibility in my role, navigating in a fast-paced and complex field, but that’s what makes my job so engaging,” Tanaka says. “It’s highly satisfying to see firsthand the impact that my legal and strategic advice has on the business.” 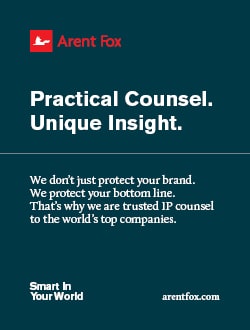 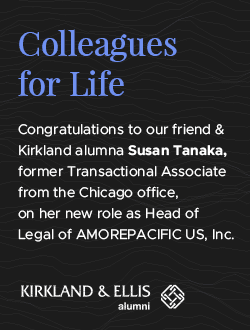