It’s not your typical day at the office, walking around a cadaver lab in Naples, Florida. While the sun shines outside, Trevor Arnold is in a large climate-controlled lab, watching dozens of doctors perform intricate operations on the bodies.

Donned in medical scrubs, rubber gloves and a mask, Arnold is taking note of what’s taking place in the name of medical science—and the law. 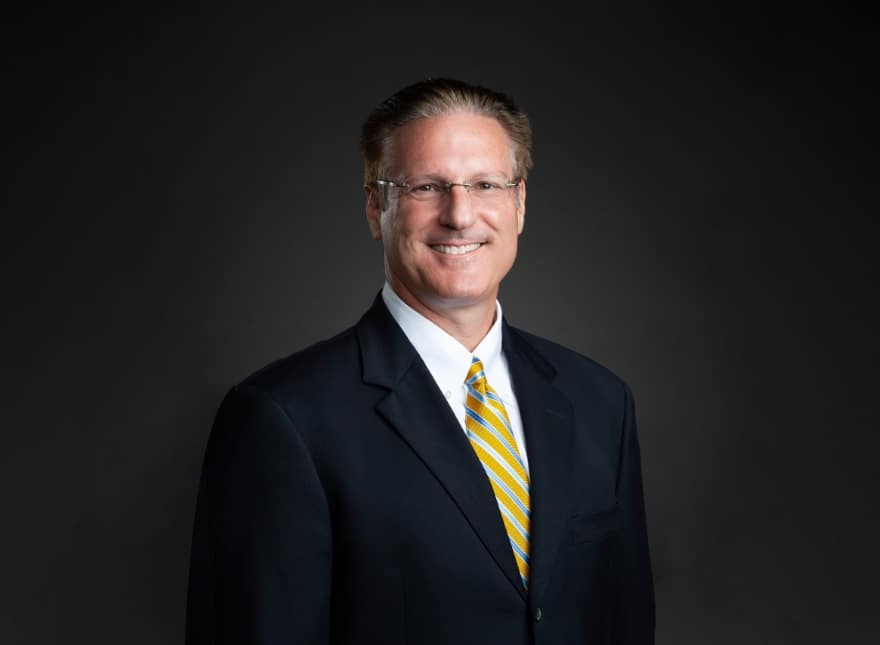 As the chief intellectual property counsel for Arthrex, a medical-device manufacturer specializing in orthopedic and surgical implants, Arnold is conducting field research to protect the company’s products and surgical techniques with patents.

“One of our most important assets here, other than our employees, is our intellectual property,” he says.

The weekly visit is part of Arnold’s routine. Meeting with engineers and surgeons, he takes notes on how they’re using the human body in areas like anatomical education, medical-device training and prototype testing—the first phase of developing and protecting patented products. 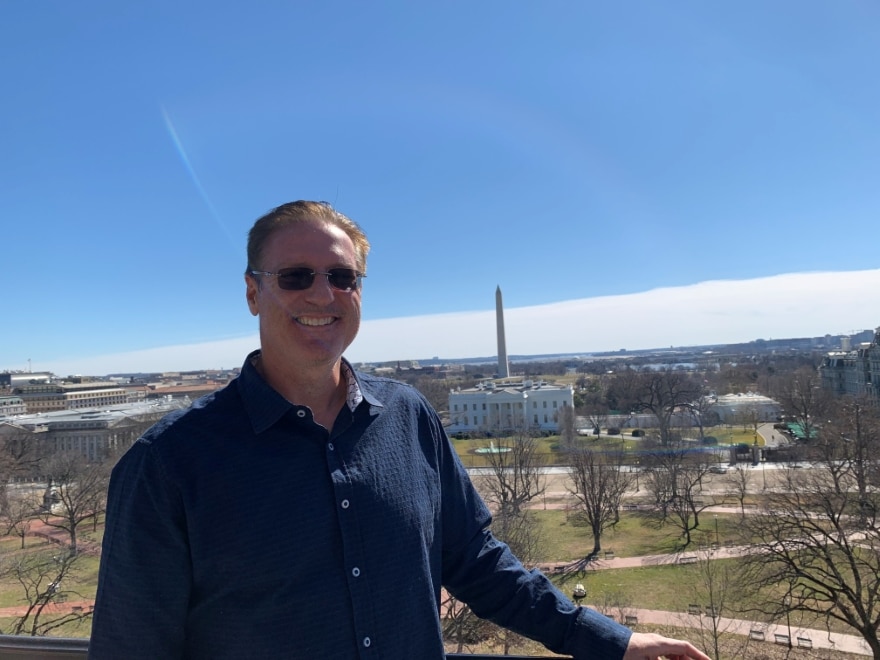 When Arthrex first started experimenting on cadavers more than 30 years ago, the resulting insights allowed the company to develop products and arthroscopic techniques such as passing sutures through tissue, tendons and ligaments to anchor them to the bone.

More specifically, doctors and developers needed to know how to repair soft tissues, ligaments and tendons through arthroscopic cannulas (tubes), rather than in an open procedure.  With that knowledge, the team could refine its work to create better instruments and implants, as well as more efficient and reproduceable processes.

“Understanding how things work is the mainstay of what we do,” Arnold says. “There’s a lot of trial and error, all of which is important. Conducting work cadaver labs over the years we can design around certain patents and connect with doctors to modify processes when things aren’t working as well as we would like.”

Time spent in the lab can also pay dividends in the courtroom. When a competitor wanted Arthrex to pull portions of its wrist-plating system off the market, for instance, Arnold and his team turned to Washington, D.C.-based Venable in May 2018.

Venable has provided IP litigation and counseling services to Arthrex for years. The case culminated last fall in a “hybrid” trial because the court system was closed for live jury trials because of COVID-19. Although Venable attorneys were present in the Delaware courtroom, they had to prepare and present the Arthrex witnesses remotely in Florida. 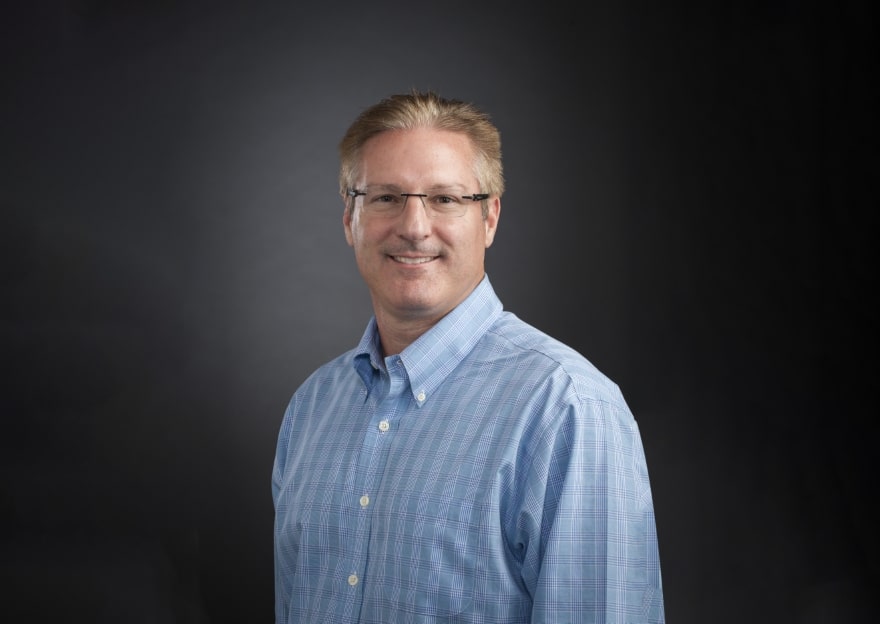 A federal judge then ruled in March that Arthrex hadn’t infringed on the competitor’s patent for a hook-shaped bone plate.

“As a company, Arthrex always strives to do the right thing,” says Venable partner and Leader of IP Litigation Technology Megan Woodworth. “In its product offerings, this means making the best products it can for surgeons to treat their patients. That belief system carries through to the legal department, which isn’t afraid to challenge.”

“Trevor exemplifies the spirit of fighting for what is right,” added Woodworth. “His deep knowledge of the company’s product offerings allows him to make challenging legal decisions quickly and decisively.”

Over the years, Arnold has made good-faith efforts to reach out to competitors, with the goal of minimizing misunderstandings and working things out ahead of time. And, he says, his lawyers are “forever scanning competitors’ activity for signs of infringement.

If Arthrex decides a competitor has crossed the line, Arnold won’t hesitate to take them to court—which can run up a legal tab of $5 million, even for matters with only one or two patents at issue. Even if Arthrex wins and is awarded less in damages than the cost of the litigation, it will do so to defend its patents, he adds.

The company recently took one of its cases all the way to the U.S. Supreme Court in Arthrex, Inc. V. Smith & Nephew, Inc., Arnold adds, noting the ruling should be handed down in June.

“We are privately-held company and can fight things aggressively and can spend a small fortune in doing so when most others would or could not,” he says.

Working in the medical-technology field as an international IP lawyer wasn’t something Arnold ever envisioned. In fact, he was the first person in his family to go to college.

Starting off in the ROTC program at the Rose Hulman Institute of Technology, Arnold became fascinated with science, earning his degree in chemical engineering in 1990. While attending a talk given by a patent lawyer during Homecoming Week, Arnold found his true career calling.

“This was my first opportunity to hear what a patent lawyer does and to get to talk to one and ask questions,” he says.

Degree in hand, Arnold attended the University of Dayton School of Law (with a concentration in IP law), earning his J.D. in 1993. Unlike most prospective attorneys, those in patent law are required to have an engineering degree—and take a separate patent bar exam with a lower pass rate.

After earning his J.D., Arnold spent nearly a decade in private practice—including five years as a litigator, where he provided legal counsel to architects and engineering firms in construction litigation matters before shifting to IP litigation and patent law for the next five years. 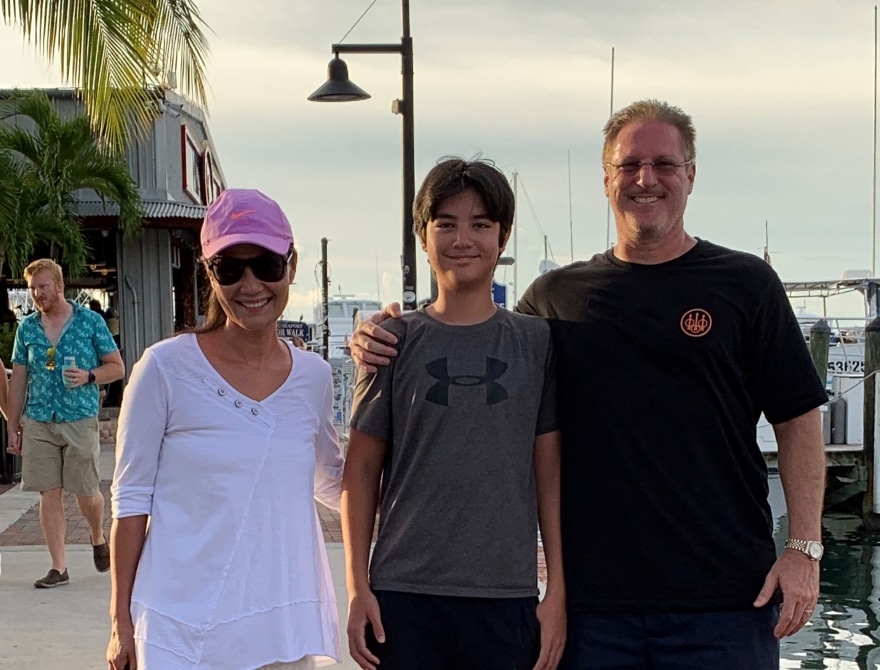 He first worked inhouse in 2003 as a senior patent counsel for Medtronic, a medical technology, services and solutions provider. First working in its cervical division in the Spine and Biologics Unit in Memphis, Tennessee, he became lead IP counsel in its surgical technologies business unit in Jacksonville, Florida.

In 2007, he joined Roper Technologies as a corporate IP counsel, handling everything from litigation due diligence to portfolio protection—on behalf of no fewer than 40 subsidiaries. Arnold found his way to Arthrex in 2014. There, in addition to handling the licensing and litigation requirements, he also reads, researches and goes to trade shows.

It’s a heavy workload but worth the effort to develop life-changing implants. And the company has his back.

“It’s an advantage of being at a private company and being able to take a case to court and not have to settle it,” says Arnold. “If we think we’re right we can fight it all the way to the Supreme Court.” 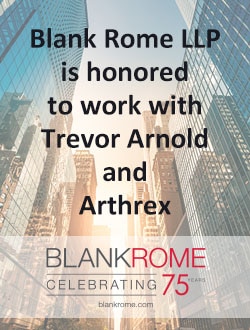 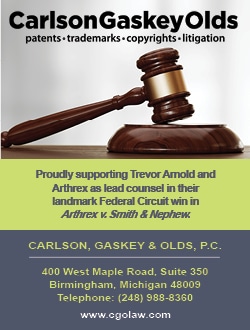 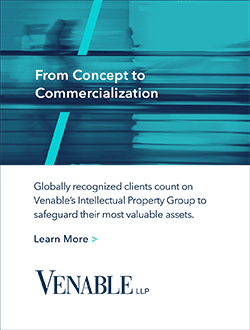