A friendly approach to adapting

“Like all first generation lawyers, my idea of what it meant to be a lawyer was shaped by popular culture,” Tim Hutzul says. But the reality—although more nuanced and interesting—would make bad TV, he adds with a laugh.

Hutzul marvels at where the law has taken him and the opportunities it has presented. “My friends sometimes joke that I’m like the legal version of Forrest Gump,” Hutzul explains, referring to the fact that his life’s journey has crossed paths with numerous politicians, Supreme Court justices, famous lawyers, and entertainment and sports celebrities. 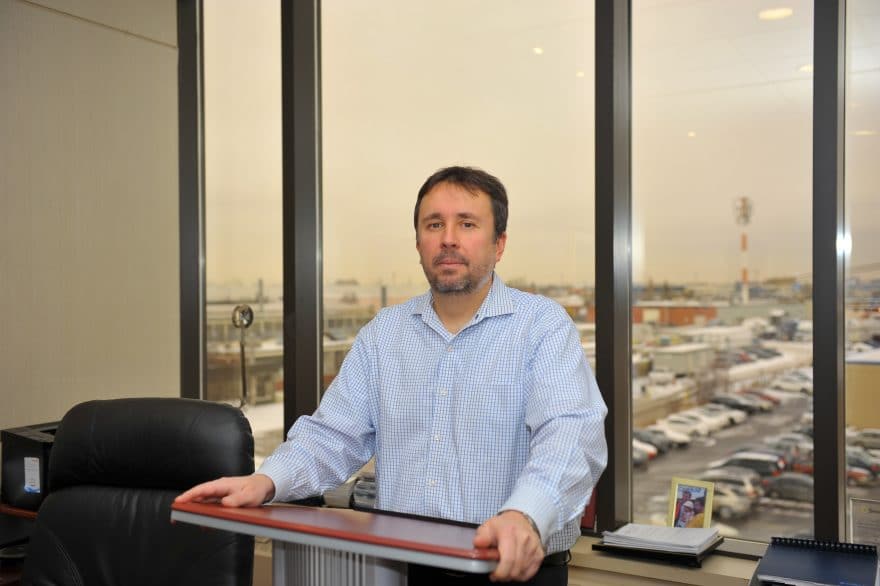 He spent an afternoon with the first Canadian Prime Minister Trudeau, met former heavyweight boxing champion Leon Spinks and got heckled after a Toronto Raptors game by actor Jon Voight.

But the vice president, legal, for Shawcor, a Toronto-based oil and gas services company, has something else in common with the iconic film character played by Tom Hanks: he has an uncanny ability to roll with whatever changes the world throws at him.

Give it a little gas

The journey to his current position has surprised even Hutzul, who jokes that the idea of ending up in the oil, gas and construction industries “would have made the 20-year-old Tim run screaming into the night.” However, Hutzul notes his views have evolved, and he quite likes his colleagues, company and job, all of which contribute to essential global infrastructure.

In a short amount of time, Shawcor has been involved in eight separate mergers and acquisitions internationally, and the amount of “red tape” involved in each reflected the strengths and weaknesses of various legal regimes, Hutzul says. While regulatory approval took less than 30 days in one case in the United States—a country whose legal system gets unfairly labeled as overly complex, Hutzul explains—elsewhere around the globe it took several months to several years. 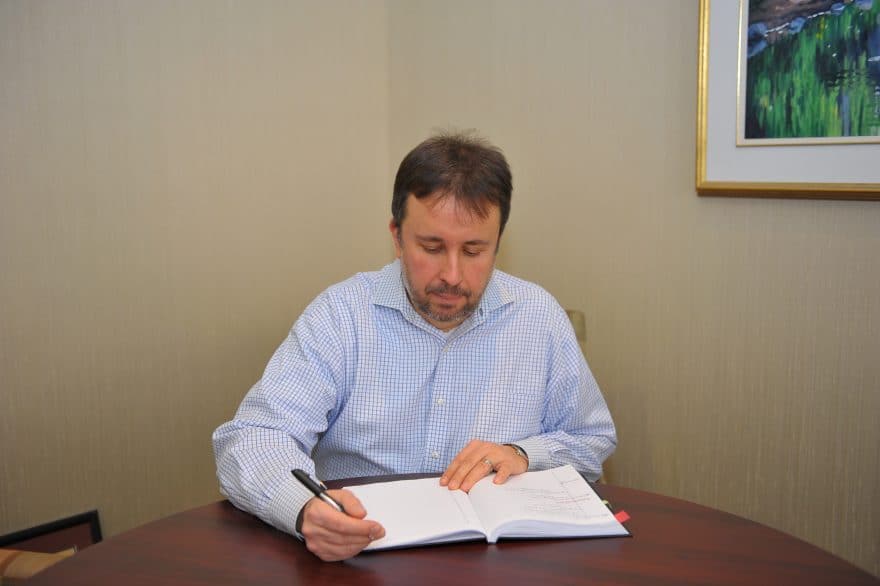 The opportunity to work and do business internationally—with distinct cultures, laws and regulations—is especially enticing to Hutzul, who has worked on every continent except Antarctica.

A social person by nature, the vice president jokes that there are now probably 50 cities around the world in which a lawyer he knows would buy him a meal. However, given the long hours, he laughs, that rarely happens; there is no such thing as a free lunch in law.

The path from being a University of Toronto Faculty of Law graduate to a Shawcor leader wasn’t a direct route, but instead started with Hutzul having a stint as a sports and entertainment attorney. This was followed by stops in corporate law, securities, and consulting, while working at both law firms and companies that ranged in size from start-ups to AECON, the largest public construction firm in Canada.

“I’ve had to reinvent myself several times over the course of a 20-year career,” Hutzul says, adding that “sometimes you seize the opportunity for change and sometimes change comes to you.”

This type of career path may seem normal for the millennial generation—which, according to a 2016 LinkedIn study, will change jobs an average of four times before age 32—but it wasn’t commonplace when Hutzul entered the workforce in the ‘90s. At the time, the attorney ideally pictured himself working a single job for his entire career.

But a lot of things have changed since then, the vice president opines.

Some of the best advice Hutzul received early in his career was to always reach out to say hello to business or legal contacts when he had a spare moment. A quick email or phone call may not seem like much at the time, Hutzul explains, but such a gesture can form the basis of ongoing personal and professional relationships.

He now passes this advice on to younger attorneys, but he has amended it to include evolving technologies.

This ability to adapt may be especially relevant in the energy industry, which needs to adjust its goals and tactics to keep pace in a rapidly evolving technological world. 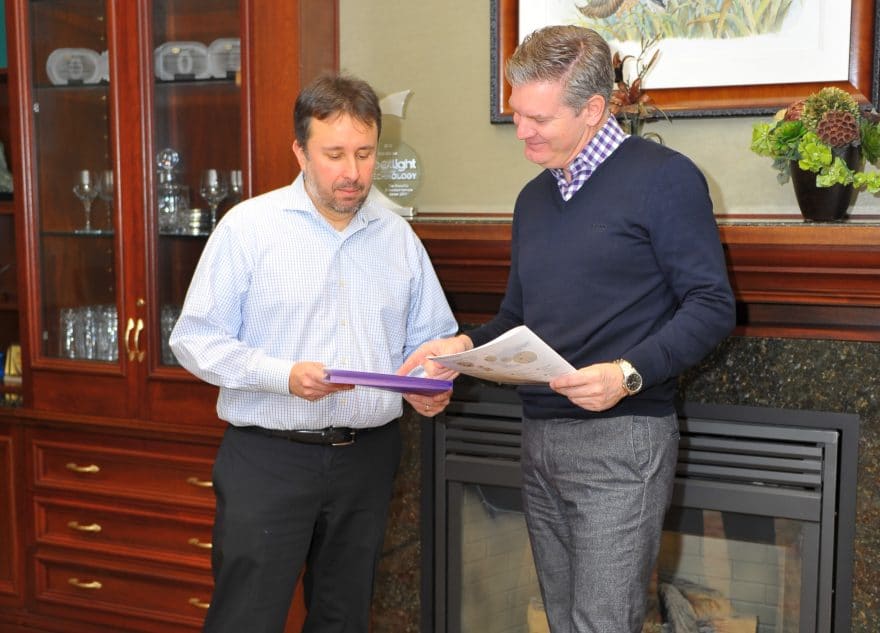 “Change is a constant in life,” Hutzul says. “And companies like Shawcor, which invest heavily in both technology and human capital, will simply continue to adapt, change and grow with the industry—and the world.”

To this end, Hutzul likes to quote a speech by former British Prime Minister Tony Blair, who was speaking on the topic of globalization.

Globalization is going to happen whether you like it or not, Blair says. The only choice you have is whether you’re going to change with it in a way that benefits you as an individual, a company, a city, or a country—or are you going to get steamrolled by the change. It’s either A or B.

Toward the end of his conversation with Vanguard, Hutzul provided a glimpse into the possible source of his adaptable nature—and it’s not Tony Blair. It’s Hutzul’s parents, both of whom reinvented themselves on multiple occasions. “My father once told me, ‘It’s easy to be graceful when thing are going your way; the true mark of character is what happens when they don’t go your way, and how you react.’”

And how you anticipate, participate and adapt, Hutzul might add, in law, industry and friendships alike. 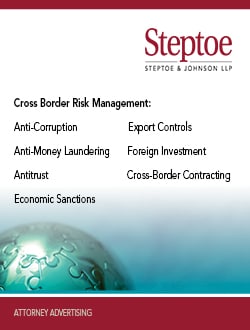 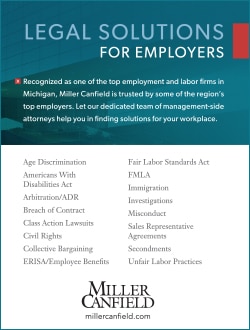 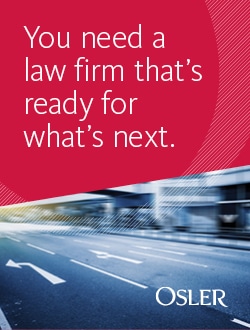 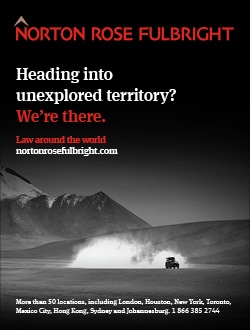