Always growing in the job

Like so many great mottos, it stands the test of time. “If you’re not growing, you’re dying,” Sara M. Cunnard says, sharing a sentiment expressed in some form or another by everyone from Bob Dylan to the 1994 classic “The Shawshank Redemption.”

That way of thinking should keep her in good standing with FARO Technologies, the multinational where Cunnard recently celebrated her first anniversary as general counsel. It’s been growth mode there under the leadership of Michael D. Burger, who became president and CEO around the time when Cunnard assumed the legal reins. 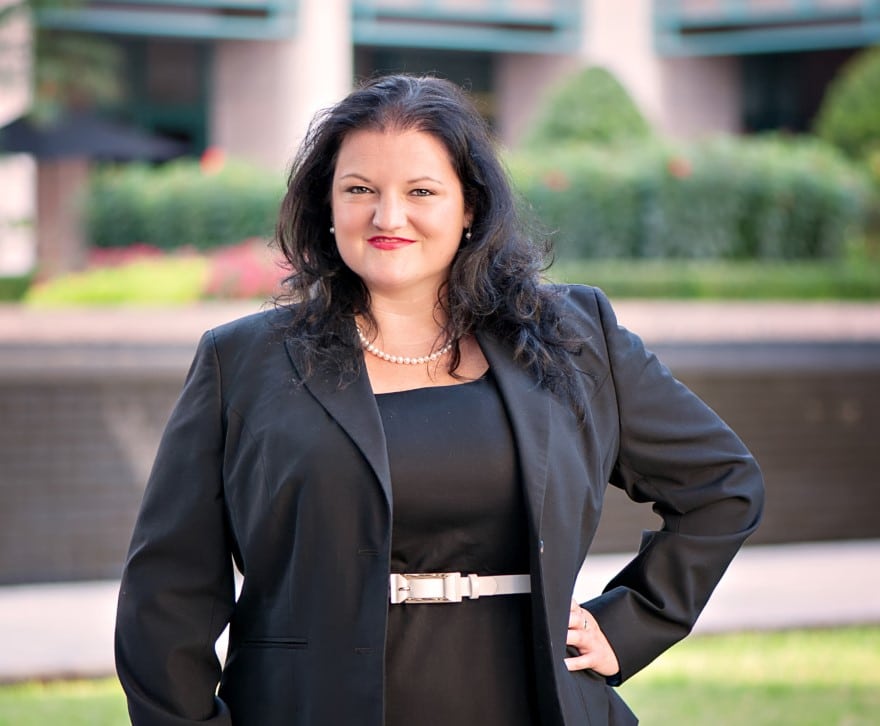 Not that FARO had been dormant pre-Burger: Its 3D measurement, imaging and realization technologies have long been used in everything from architecture to aerospace to military. But with new leadership comes a new modus operandi, and the new CEO made clear early on his emphasis on seeking new avenues for market disruption.

The opportunities are there, FARO’s applications having so many practical uses. Its BIM—building information modeling—has simplified the construction of the most complex facilities. Its public safety forensics enable first responders to investigate crimes, crashes and disasters as well as provide virtual reality training. Its 3D metrology and design enables manufacturing product development and assembly line testing.

And with such an expanding clientele, there’s increased need for streamlining on the contractual front, which has been one of Cunnard’s initiatives.

Time for a change

“Change can be hard,” she notes from FARO’s U.S. headquarters in Lake Mary, Florida (the company also has major facilities in Europe and Asia). “Most people just don’t naturally gravitate toward new technologies, but at this company we have to. It’s the perfect setting for me—with leadership open to new ideas and each new person expected to learn new things.”

That includes increased use of artificial intelligence, which Cunnard sees as essential to faster contract review and positive spinoffs, like a more efficient sales team and more satisfied customers. It also dovetails with her personal philosophy that every workflow process can be reassessed to improve the existing norms. “AI enables me to put my brain into software so other people can use my suggestions without me having to be tied into it,” she says. “We’re in a pivotal time of change. We have to leverage each other’s skills, and I’m willing to ask the questions and empower my team so they can do what they do best.”

To that end, she’s solicited input from the sales team and familiarized herself with systems through conversations with technology vendors. In-house lawyers can be among the Luddites of this brave new world, Cunnard says with a laugh, adding that she’s not one. Nor does she want to be considered as having just a desk and paper role.

Indeed, FARO’s nimble legal team is comprised of two lawyers and one senior paralegal who manage FARO’s global legal affairs. Cunnard focuses on legal matters in the Americas and Asia as well as on cross-disciplinary topics.

By any definition, it’s a lean team. But that’s what makes it fun for Cunnard, who works together with partners in other business functions, such as compliance, marketing and IT. FARO’s new e-commerce site even bears her DNA, with its revamped contracts process, data privacy protections and electronic signature. 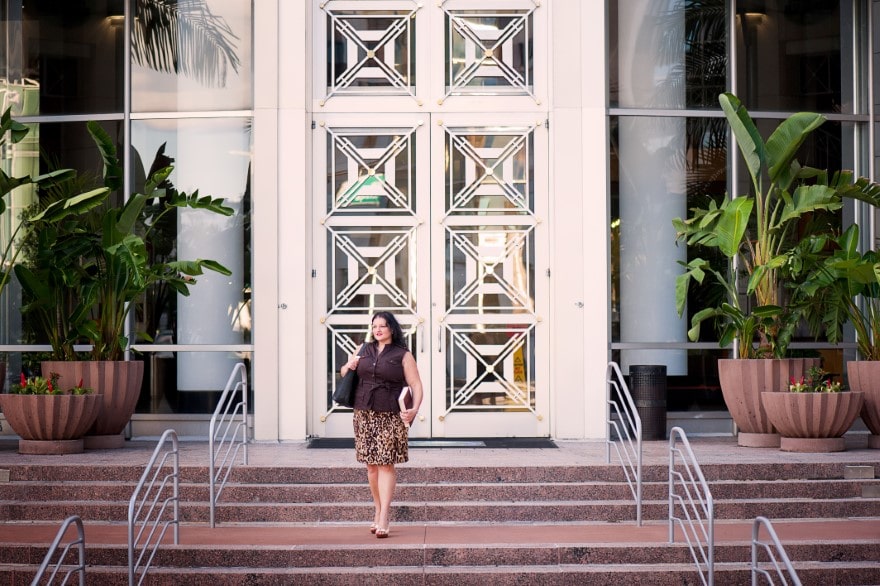 “I love the dynamism of it. It’s not the same job every day,” she says. “Fires pop up and you put them out. Instead of silo functions—legal, finance, sales—we get together in cross-functional ways and that, at the end of the day, improves the company’s operations.”

Lately those get-togethers have been via technology, given COVID-19 precluding the personal interaction Cunnard prefers. But this is a technology company, she reminds, as well as an essential company that serves so many essential clients. She’s optimistic that the pandemic will enable an even stronger FARO when all hands can return to headquarters. She’s also eager to resume some extracurricular activities that the virus has put on hold.

Active on the homefront

Born and raised in nearby Orlando, the civic-minded Cunnard sits on various boards, including the Conway Community Organization, which strives to sustain a vibrant home front by donating time, treasure and talent. On the third Sunday of each month from September to May, she helps coordinate up to 60 vendors at the Conway Community Market. Though a fun activity, it enables her to use her skills to unite people for the support and betterment of the community.

She also serves on the Orange County Community Development Block Grant board, which helps the county commissioners decide how to allocate state and federal funding provided for community services. “I’m amazed by the magnificent people in our community and lucky to be part of it,” she says. 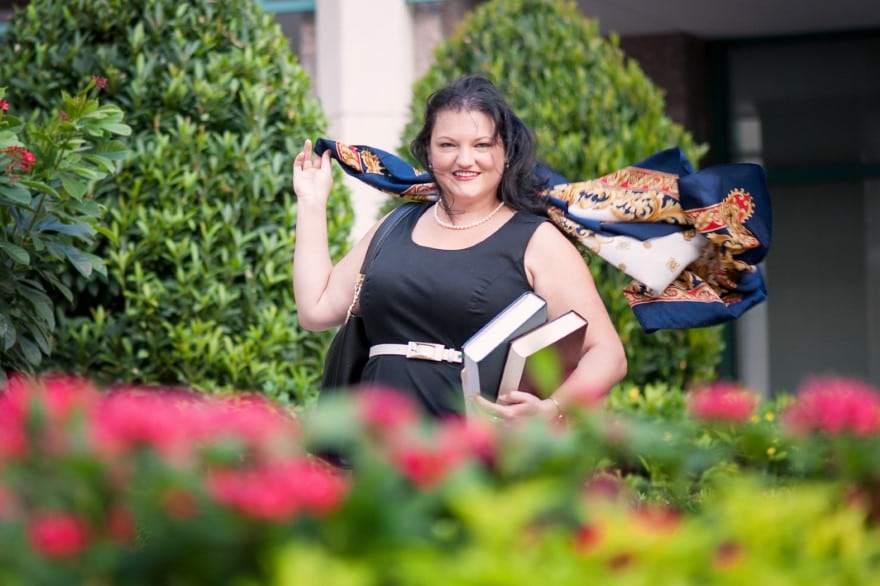 So it’s a fulfilling personal and professional life for this self-described “old millennial” whose interest in law was encouraged by her father, who knew something about the subject from his work as a safety engineer.

A University of Florida undergrad, she stayed in Gainesville to earn a juris doctorate with emphasis in environmental law in 2010. She served a year with the public defender’s office in Orange County, Florida, and then at Siemens Energy, in renewable energy, from 2011 to 2015.

She’d spend the next four years with Raytheon’s operations in Orlando, taking pride in how the role enabled her to ensure the safety of U.S. troops. She’d also do her part for diversity by founding the Raytheon Women’s Network in that office.

All those roles prepped Cunnard for FARO, and she says the last year has been the liveliest yet, with Burger fronting such an ambitious agenda and how the company mindset won’t be deterred by the virus that has set back so many other businesses.

“It’s definitely been a year of evolution and growth,” she says. “I don’t think there’s been a function that hasn’t been amending how we do things.”

And any advice you’d like to share? “Don’t try to think outside the box. Try to imagine there is no box!” 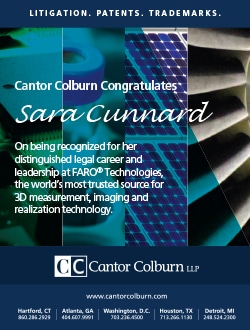