At home in the oil business

There’s nothing like a perfect storm breaking as you start a new job, particularly one in which personal and professional relationships are vital.

So says Cathy Konwisarz, who had just a few days in the office to get the lay of the land after joining international oilfield services provider NESR as its first general counsel and corporate secretary in March. Then came the order to work from home due to COVID-19, which exacerbated the production glut and further reduced global oil demand. 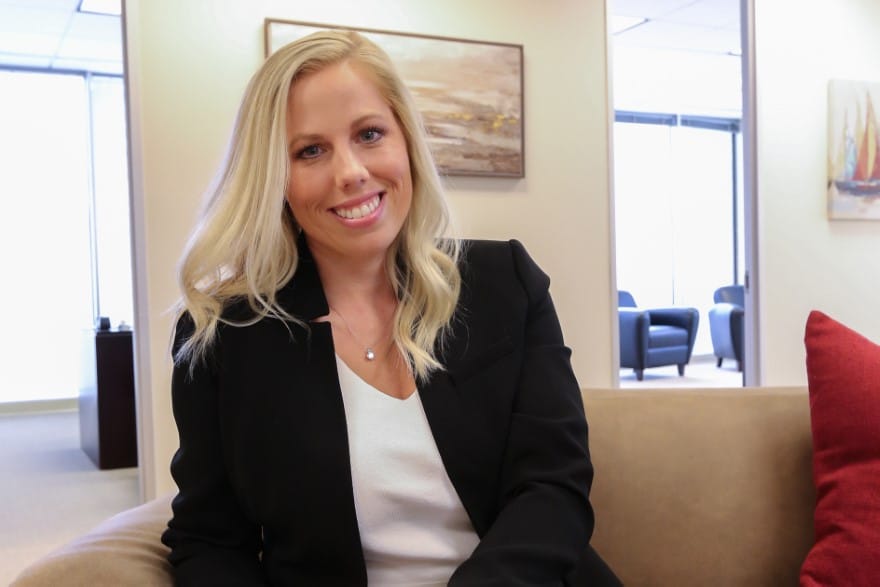 Meanwhile there’s business for the legal team to handle: daily crisis management team meetings to ensure the safety of personnel and uninterrupted operations, drafting the proxy statement and planning the first virtual annual shareholders’ meeting, and acquisition of an Egyptian oilfield services company.

“It is a cyclical industry,” Konwisarz tells Vanguard with a hint of humor, from her Houston home after two months on the job. “You start to get used to the cycles. We had a downturn in oil and gas in 2008 during the Great Recession and then another from 2014 to 2016. The most recent oil price crash began in March with a breakdown in the OPEC+ alliance. Add the stress of a global pandemic, and this might be the oddest time in history to change jobs.”

But like everyone else on the executive team at NESR, she’s making the most of the hand that’s dealt. Somewhere beyond the current trials and tribulations there is a brighter outlook for the industry, assures Konwisarz, an oil industry legal veteran.

By the time Konwisarz joined the team, NESR was well into expansion mode in just its third year of existence. Initially a special purposes acquisition company (SPAC) that was formed to invest in global oilfield services, it purchased two foreign entities with active operations in 2018; garnered listing on the NASDAQ exchange; maintained a 4,500-strong workforce in 15 countries; and in February, reached an agreement to acquire Sahara Petroleum Services Co. (SAPESCO), Egypt’s largest indigenous oilfield services company.

Active throughout the Middle East and North Africa (MENA), SAPESCO will make NESR a player in an area where it does not yet have a footprint, while adding industrial and chemical services to an already extensive portfolio. The transaction is expected to close by the end of June despite the current COVID-19 travel ban. 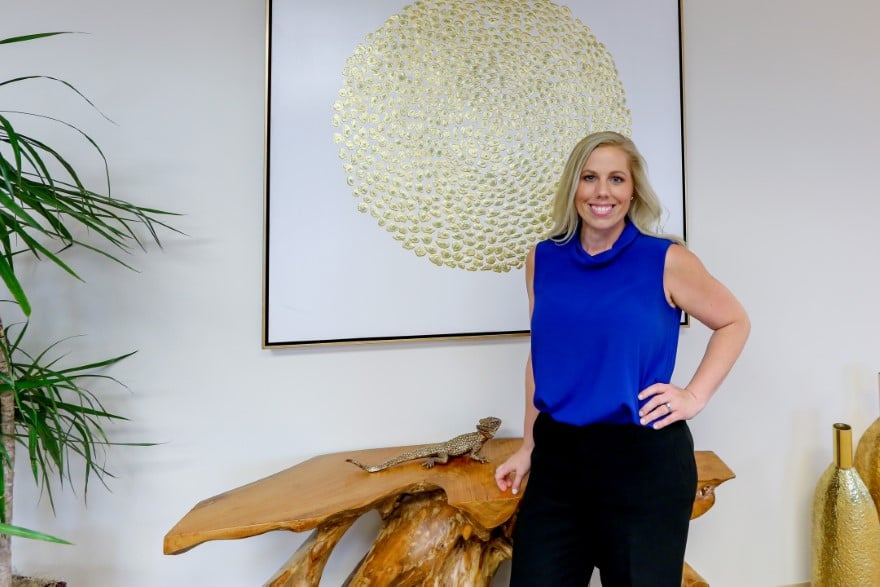 “Normally when joining a company, I like to visit the operations,” Konwisarz says. “I think it is the fastest and best way to learn the business. My hope before the outbreak was to get on the road and spend a month or so in the MENA region talking to employees and issue spotting. I also wanted to meet with the members of my legal team in person to build those relationships and better understand the team’s strengths and priorities.”

All of the aforementioned will be appropriately addressed, says Konwisarz, who’s now hoping to make an initial trip this fall. Meanwhile, she’s confident in her legal team’s ability to tend to the company’s needs and her own ability to provide focus during this unprecedented time.

Whatever COVID’s constraints, Konwisarz should find plenty to do in this hemisphere: oversight of a global legal team entrusted with corporate compliance including Securities and Exchange Commission and NASDAQ rules; corporate structuring, litigation, business integrity and the like. Of course, it would be easier to go about business as usual, but the pandemic has preempted that on many fronts.

But, as she says, adapting to changing circumstances in a fast-paced environment is a skill much valued in the energy industry, which happens to be where she feels most at home.

Oil in her blood

A self-described “oil brat,” Konwisarz at least partially attributes her interest in the industry to her father, now a retired Gulf Oil geologist. As a Texas A&M University undergrad who grew up in Houston, she reckoned she too would carve out her career in the oil business, and law seemed the portal. “Oil and gas drives so much of our economy,” she recalls. “I was always drawn to it.”

Unsure of the best way to ensure entry into, and eventual success in, the energy industry, she earned her doctorate in jurisprudence from South Texas College of Law in 2004 and immediately enrolled in the University of Houston Law Center as its first dual concentration LL.M. student. 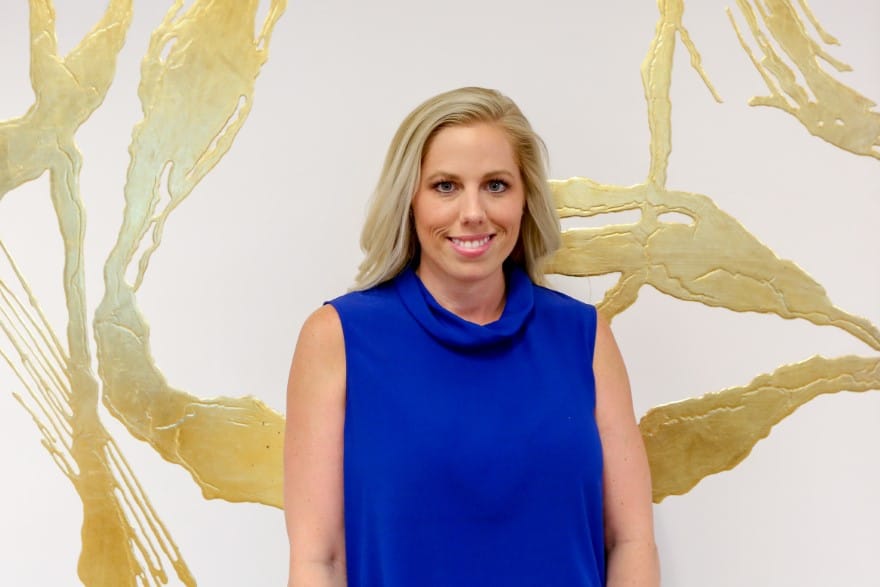 She spent a year concurrently studying tax law and energy, environment and natural resources law. Konwisarz then accepted an associate position in the energy group of the then New York-headquartered law firm Dewey & LeBoeuf, and finished her two master’s degrees, one course at a time, over the next several years.

Following her time at Dewey, Konwisarz began an eight-year stretch in Marathon Oil’s legal department, starting as a senior operations attorney responsible for three international business units in 2012, and accepting management responsibility for the entire international legal team in well under three years, ultimately rising to assistant general counsel in charge of conventional, acquisitions and divestitures and U.S. operations.

A highly fulfilling period in her career, Konwisarz says about Marathon, but her goal was to become a general counsel, which takes skill and good timing. It was difficult, she acknowledges, to leave such a great role at Marathon, but NESR seemed to offer a world of potential for growth, doing exciting work in an expanding organization.

It indeed has, she goes on to say, noting that as the first NASDAQ-listed MENA oilfield services company, NESR has no true peer competition when it comes to providing integrated energy services in the region, and the company is unique in the way it values and develops women across its leadership team. “At the end of the day,” Konwisarz says, “I believe in the values, strength and mission of NESR, and I wanted to play a key role in the company.”

A mother of two boys, she acknowledges that working from home during the COVID-19 quarantine has been frustrating at times. In an industry and a role that require an extensive commitment, she has always been dedicated because of her sincere love for the work.

“I enjoy pivoting from corporate strategy to being involved in the day-to-day matters in the countries where we do business,” she says. “I can’t wait to get on the road and take it all in.” 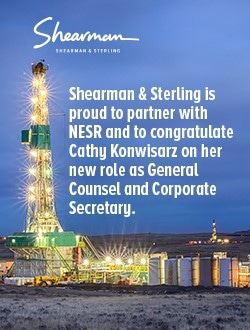