Short of founding your own firm, being able to grow in tandem with a legal-backed institution—through all the triumphs and pitfalls that follow—is something of a rarity.

Then again, there’s a lot about Vee Leonard’s story that seems unlikely. Married at 18, mother at 19, law degree some quarter-century later and myriad life trials, Vee Leonard’s career reads like the modern working woman’s translation of the “Odyssey.”

What she lacked in paved paths and privilege, however, Leonard more than made up for in focus, passion and drive. The result is a litany of family firsts—the first to graduate college, the first to earn a J.D.—and professional accomplishments of which Leonard is understandably proud.

But by no means is she complacent.

As general counsel for Florida Gulf Coast University, Leonard is helping helm an institution that, founded in 1997, is younger than many of its students. 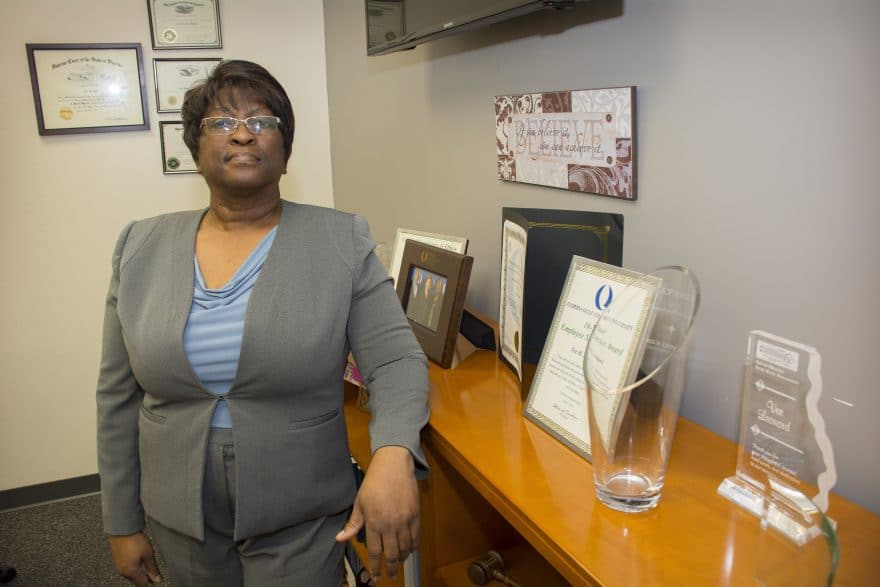 “I think I bring a background that not a lot of other general counsels have,” Leonard says. “I’ve been a single parent. I know what it’s like to do without. And I think those experiences go a long way in making someone approachable.”

It’s this relatability that Leonard believes can mean the difference between a school-student rapport rife with distrust, and one built on tenets of cooperation and—most important, perhaps—collaboration.

As with her GC peers in the private sector, Leonard’s primary charge lies in representing the varied interests of FGCU. With verdicts to be levied on everything from procurement to trademarks to faculty training, that directive is rarely straightforward. What’s more, the not-infrequent overlap—of, say, a general licensing agreement at odds with one adopted by a particular department—can make for quite the legal juggling act.

“Like a lot of companies, we’re often dealing with things that, at least on their face, don’t seem to have any relation to anything else,” Leonard explains. “So if any of these matters conflict, answering the question about what will most benefit the university becomes increasingly complex.”

Seldom had such tension been more strained than in January of last year, in the wake of President Donald Trump’s controversial travel ban, which set a 90-day moratorium on citizens from seven different Middle East countries attempting to enter the U.S. 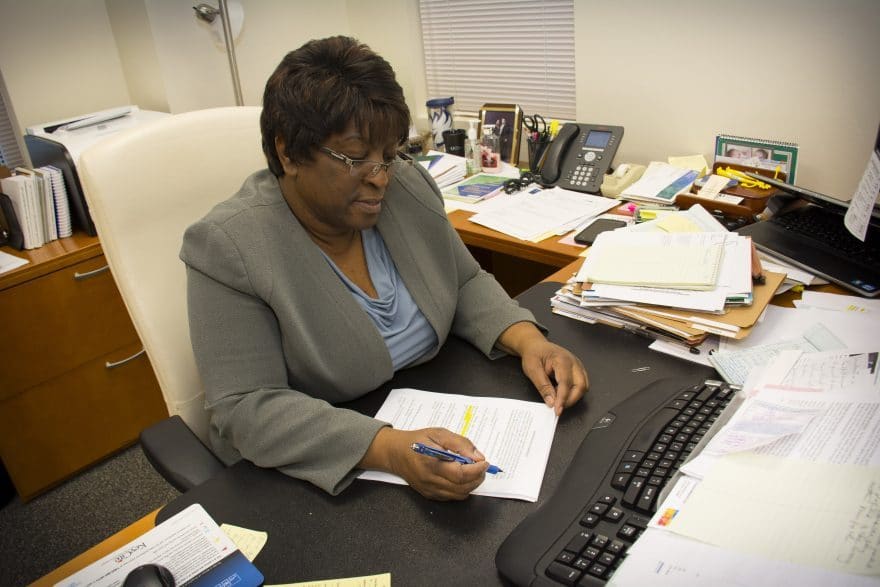 The order sparked immediate concern at colleges and universities across the country, and Florida Gulf Coast—one of whose professors is from one of the sanctioned nations—was no exception. While there was little she could do to assuage all concerned (let alone change the law), Leonard did what any good leader would do.

“My job is to listen before I speak,” she says.

Leonard underscores that, when an institution is faced with a complicated issue—where people have legitimate concerns over the scope of a policy, even when it doesn’t affect them directly—it’s important that everyone’s voice be heard.

Subsequent federal rulings have since put the order on ice, making the jobs of Leonard and her two legal-team colleagues, for the time being at least, less stressful. Conversely, her perspective and approach, forged through years of hardships suffered and struggles scaled, has never felt more unflinching.

A life of learning (and lessons learned)

As a teenager growing up in Orlando, her first designs were on becoming a psychologist (until, Leonard readily admits, she realized how long it would take).

Even now, it’s not hard to picture an alternate universe where Leonard’s initial dreams proved true; she puts people at ease.

Instead, she started a family, pushing her professional ambitions to the backburner, focused instead on “being the best Suzie homemaker ever.” It wasn’t until her late 30s—with the family’s struggles sunk to the point of standing in food lines—that she returned to school. Leonard hunkered down, cranking out classwork between mounting motherly duties and, by 1994, had earned her Bachelor’s from the University of Central Florida. 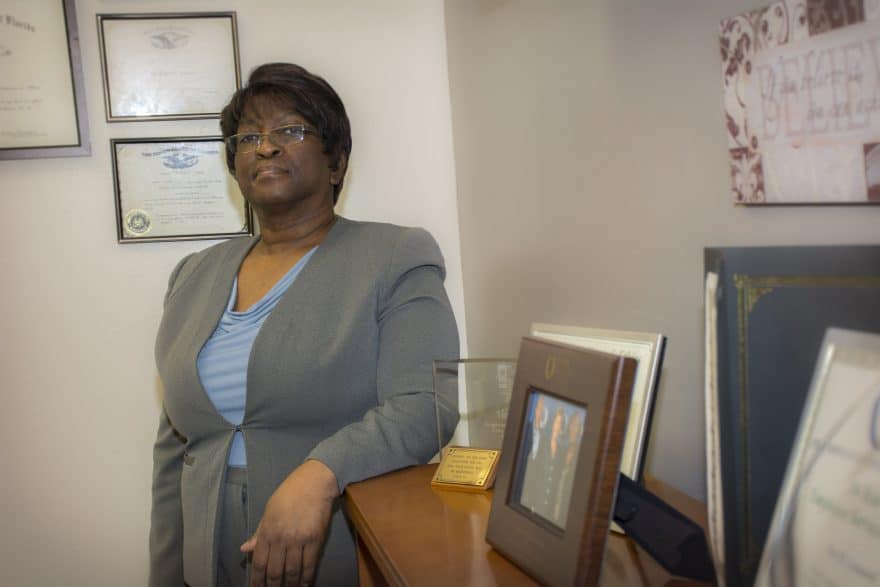 After working as a paralegal for two years, and heeding the advice of a beloved professor, Leonard—then in her 40s, and with two of her five children already off to college—enrolled at the University of Florida law school in 1999. Six years of professional advancement later, punctuated by a stint at Orlando’s City Attorney’s Office, Leonard upped stakes for Fort Myers and FGCU in 2005.

Despite the hectic few years, Leonard knew her newest opportunity offered something unique: a chance to grow alongside the university itself, by then one of the fastest-growing in the country.

“It was a bit of a whirlwind for us both—like building a bridge while you’re walking on it,” Leonard reflects.

In the four years since she assumed her current title (she had already been promoted from assistant general counsel to associate general counsel shortly after her arrival), Leonard has, like the school itself, settled confidently into her new post.

Still, the post isn’t without its share of challenges. With an enrollment of just under 15,000, and a maze of modern buildings ringed by small lakes, the university feels like a city unto itself.  Buoyed by the surprise success of the school’s basketball team (they’ve made the NCAA tournament in three of the last five years), FGCU’s profile has never been higher, further complicating the school’s grand designs.
Ask Leonard, though, and she’ll tell you the potential pitfalls pale in comparison with the greater aims: strengthening relationships with internal clients, navigating the university through evermore complex legal and social issues, encouraging a more collaborative ethic across the institution.

The finer-point parsing of which, for Leonard, will always harken back to a single, underpinning principle: to lend a traditionally intimidating role a more human face.

“Because of the title I hold, in my many interactions with people, the first thing I try and do is put them at ease,” Leonard says. “There’s a misconception that, because I represent the university, I don’t or can’t understand. But I can. I’m just a regular person. I’m Vee.”