Pine Crest: keeping it all in the family

In the world of Whitney Walters-Sachs, it’s dangerous territory to never say never—because you might just end up where you least expected to.

That was her experience, anyway. 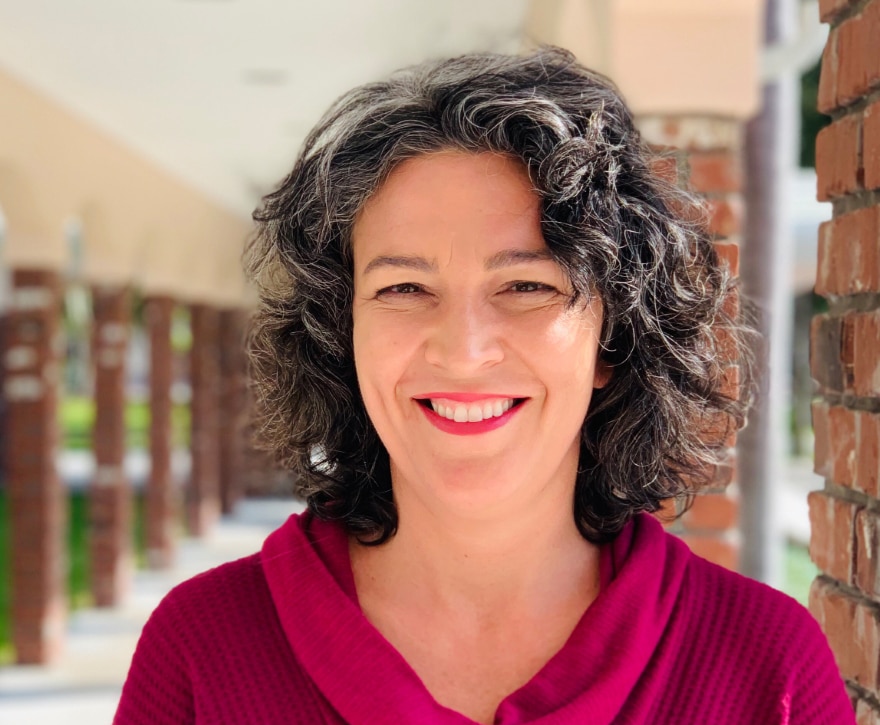 Visiting her parents years ago as a young lawyer, her folks thought she should leave her high-profile job as a corporate attorney in New York City to come back to work at her old prep school, Pine Crest School in Florida.

“Highly unlikely,” she thought, considering herself a big city girl then.

In 2016, however, she found herself signing on the dotted line, packing up her babies and taking the job as general counsel and chief administrative officer at her alma mater. Brother Joey had paved the way working as a teacher at Pine Crest—he now works alongside her as head of upper school.

With a focus on honing leadership and learning initiatives, Walters-Sachs decided to go the extra mile to earn a doctorate in educational leadership to better serve the school.

“You just never know what the future holds,” Walters-Sachs says. “There’s an emotional connection I have to Pine Crest that can’t be replicated.”

Founded in 1934, Pine Crest is home to 2,664 students, PK-12, with campuses in Fort Lauderdale and Boca Raton. It’s also has been an undeniable home to the Walters and Sachs clans.

Winding the clock back about 25 years, Walters-Sachs—as the oldest of four children—was the first to attend, followed by her three siblings Joey, Courtney and Brittney and mother, Ann, an after-school nurse for many years. Her parents wanted to provide their children with a top-flight education—and her mother, working part-time, made that happen after her father Walter lost his business.

It’s a tradition that continues. 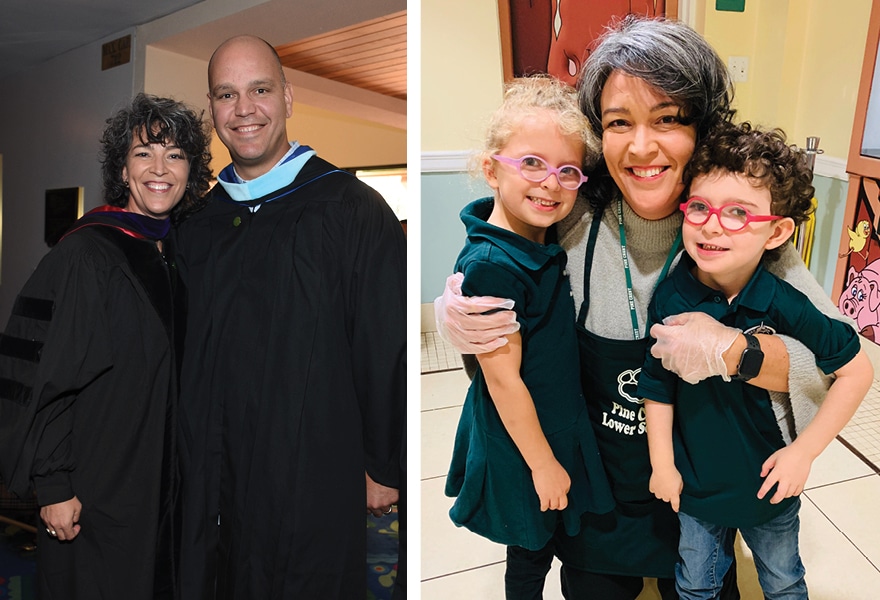 In addition to working with her brother, her twins Hudson and Brooklyn and her brother’s two children are the next generation of the family hitting the books at Pine Crest, keeping their 40-year run at the school alive.

“After her first day in pre-kindergarten, my daughter told me she was ‘Disney happy’ about Pine Crest. As a mom, I couldn’t ask for more,” Walters-Sachs says.

Up, up and away

A Pine Crest education certainly proved to be the springboard for Walters-Sachs.

Diploma in hand in 1992, she headed to Georgetown University and in 1996 earned a bachelor’s degree in foreign service from the Walsh School of Foreign Service, concentrating on international finance and commerce. With a passion for law from the time she was a teenage intern, her drive led her to Brooklyn Law School. With considerable exposure to the profession already, she earned her J.D. in 1999. That segued nicely into a postgraduate federal clerkship in the U.S. Bankruptcy Court, Eastern District of New York from 1999 to 2000, followed by another in the U.S. District Court, Southern District of New York from 2000 to 2001 as law clerk to the Honorable Laura Taylor Swain.

“Clerking for a federal judge shaped who I am as a lawyer. I carry with me today some enduring truths I learned about our responsibility to promote fairness, respect and care in our work,” she says.

What followed was a high-powered legal career in entertainment, an industry her father and uncle Norby were involved in for decades. For a time, her uncle and dad owned nightclubs in New York together, and later on her dad booked entertainment in South Florida, while her uncle became a music agent.

But she didn’t follow the entertainment route at first.

Landing her first working gig as an associate at Skadden, Arps, Slate, Meagher & Flom LLP in New York in 2001, her focus was on litigation and corporate defense. The perils of 9/11, however, prompted her to migrate to the West Coast, continuing to work for Skadden in Los Angeles.

While there she did litigation work for HBO in connection with the series Entourage. It was her first time outside of corporate defense work.

“The work was exciting and suited me very well,” she says.

Introduced to a partner at Sheppard Mullin Richter & Hampton LLP, she was offered, and took, a job working as special counsel in 2008, making partner in 2012, concentrating on entertainment litigation for almost a decade. Along the way she met her partner Sandy and started a family—pregnant with twins right off the bat.

About this time she began contemplating her return to Pine Crest to raise the kids away from the big city. In a funny set of circumstances, she visited her original Pine Crest high school advisor Marcia Hunt. At a chance meeting she was introduced to the school’s general counsel, who was thinking about leaving.

“Marcia not only encouraged me to come back and be part of the administrative team, but she also urged me to further my education,” she says. “The toughest thing about working with her has been learning not to call her ‘Mrs. Hunt.’”

Shortly after starting the job, she enrolled at Vanderbilt’s Peabody College to simultaneously earn a doctorate in education. Walters-Sachs will be awarded a doctor of education (Ed.D) in organizational leadership this coming summer, crediting her Pine Crest mentors President Dr. Dana Markham and Marcia Hunt.

The move, she says, was one of the best things she’s done.

At Pine Crest, Walters-Sachs has a steady diet of legal duties, facing new fronts on education and employment issues. She also works in the president’s office, collaborating with members of the senior administrative team and focusing on the strategic and risk management implications of key administrative decisions.

“The difference in the breadth and scope of the work is something I’m still getting used to, but it’s a stimulating and inspiring experience every day,” she explains.

A favorite aspect of her job is serving as the liaison between the school’s administration and parent associations on campus, offering her the opportunity to build relationships.

“What started as a move for my children has done amazing things for me personally and professionally,” she says. 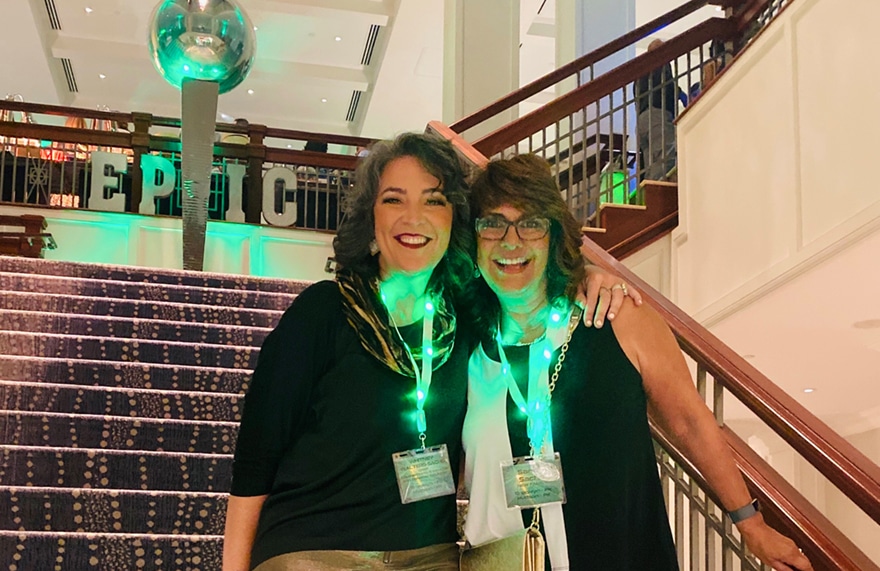 Whitney and her wife Sandy

Both the courthouse and boardroom proved to be good training grounds in customer relations. During her years as a litigator, Walters-Sachs encountered all types of challenging circumstances, often called upon to deliver difficult news.

“You learn to reflect an appropriate level of compassion and empathy,” she says. “Fairness—in the way policies are constructed, interpreted and applied—is fundamental to the process. It’s about maintaining integrity in all relationships.”

Nice to know those relationships in Florida are still intact, and in fact are thriving.

“I feel exceptionally connected to this community,” she says. “There are so many layers of emotion and meaning here for me and my family. To be giving back to an institution that has provided me with so much feels very personal and purposeful. I am honored, privileged and truly blessed to be back home.” 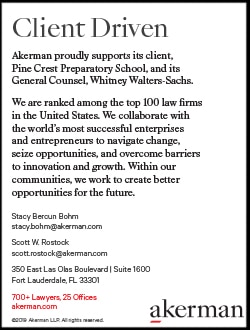