Bearing down against the world’s unfair players

A one-time IRS agent who later got his Suffolk University law degree, Thomas Williams’ well-rounded expertise had RBC Bearings Inc. calling upon him to fill its new role of general counsel in 2006.

At the time an assistant general counsel for Ingersoll Rand, Williams would prove his worth in short order for his new employer.

The Oxford, Connecticut-based international manufacturer and marketer of precision bearings, RBC had recently gone public and needed to create its own legal department. A growth company, it had completed plenty of acquisitions with many more to follow. 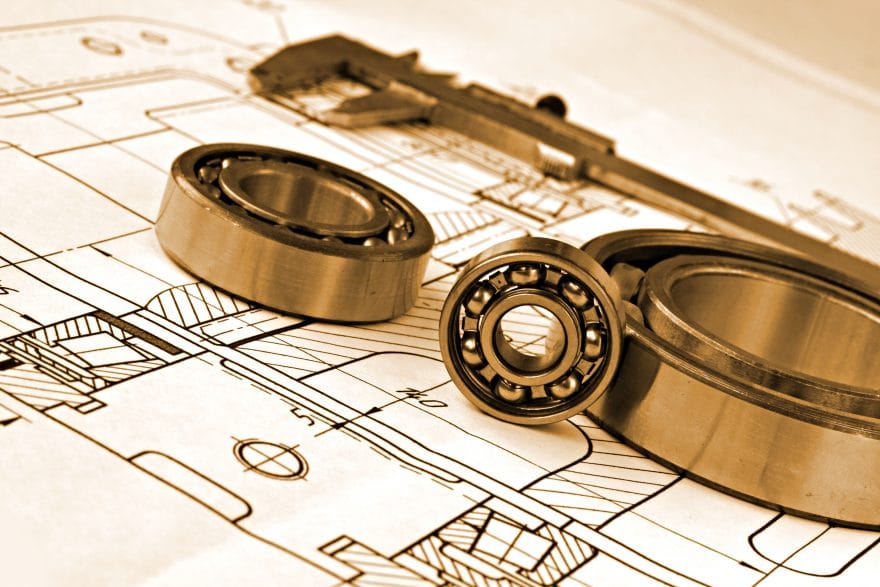 And there were some other issues that needed the kind of attention that only someone well-versed in global financial and tax intricacies could provide. Issues that seemed a lost cause, at least until Williams came aboard.

“U.S. companies injured by foreign companies dumping underpriced products, were supposed to be allowed to collect payments from the offending parties,” with the federal government acting as the intermediary, Williams explains during a mid-July interview with Vanguard. “Prior to me joining RBC, the company had sought expensive outside counsel in Washington, only to be told they didn’t qualify for the federal program. That didn’t sound right to me.”

That’s because it wasn’t right.

Among Williams’ first major assignments was taking RBC’s concerns to U.S. Customs and Border Protection, and in late 2006 he secured $1.2 million in late payments under what’s known as the Continued Dumping and Subsidy Offset Act (CDSOA), legislation enacted in 2000 to shield American manufacturers against unfairly priced ball bearings imported from the United Kingdom, France, Germany, Italy, Singapore and Japan.

Then, in 2012, Williams was able to score another $3.6 million for RBC. Though CDSOA had expired in the autumn of 2007, federal trade regulators continued to review and act on complaints filed by RBC as well as other bearing makers. 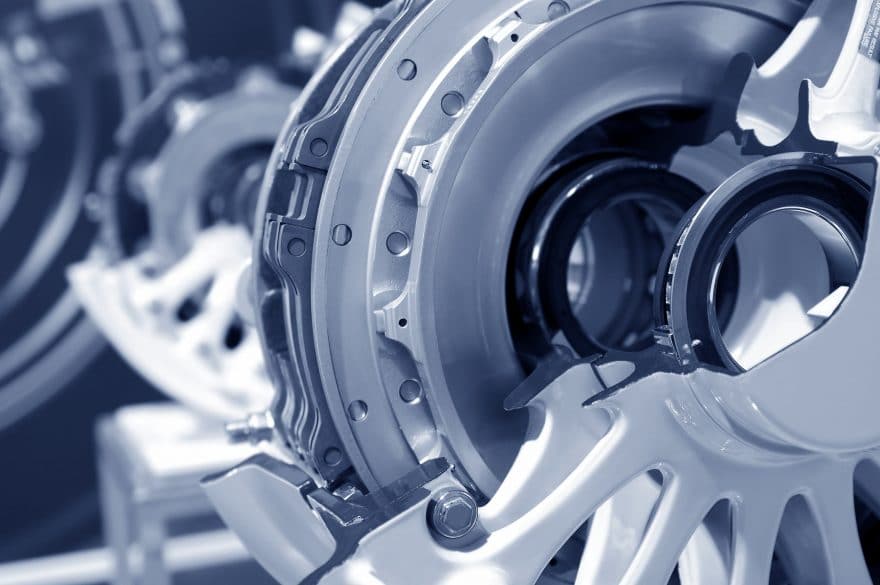 Anti-dumping duties, however, were going to U.S. Treasury rather than to the aggrieved companies, and RBC was among the manufacturers opposed to the distributions being held back pending further resolution. Finally, six years of those duties were released, to be recorded on RBC’s books in the first fiscal quarter of 2013.

So when Williams says, “my background is a perfect fit at RBC,” it sounds like an understatement. But getting the background took some farsighted doing by a man who knows how to pursue his goals.

First and foremost the financial type, Williams graduated from Massachusetts’ Stonehill College with an accounting degree in 1973, and soon took a job with the Internal Revenue Service. But he would do much more than just audit ordinary returns in his eight years there.

The IRS put him to work in a variety of complicated cases involving large and small businesses and trusts, and as he proved more than equal to the task, his responsibilities grew, eventually on the international front as an international examiner. But the more Williams learned about the accounting and tax worlds, the more he realized that to really excel he’d need to broaden his horizons.

“My accounting background simply wasn’t enough,” he says. “I wanted to be a tax expert, and I knew a lot of them in the Boston area. And they all had backgrounds in accounting and law, and I only had half of that. So I decided I would get my law degree.”

With full-time IRS duties, Williams opted for Suffolk night classes, which took four years instead of a law student’s typical three. Upon collecting that all-important juris doctorate from the esteemed Boston school in 1981, Williams left the IRS to be director of international taxes and then associate general counsel of The Stanley Works, the industrial tool maker in New Britain, Connecticut, that’s since become Stanley Black & Decker.

A Fortune 500 company, Stanley had manufacturing and sales offices all over the world—and accompanying tax issues. Williams’ duties included being in charge of international taxation—a task that in those pre-European Union years had him nose to the grindstone to familiarize himself with the tax systems and currencies of multiple countries. 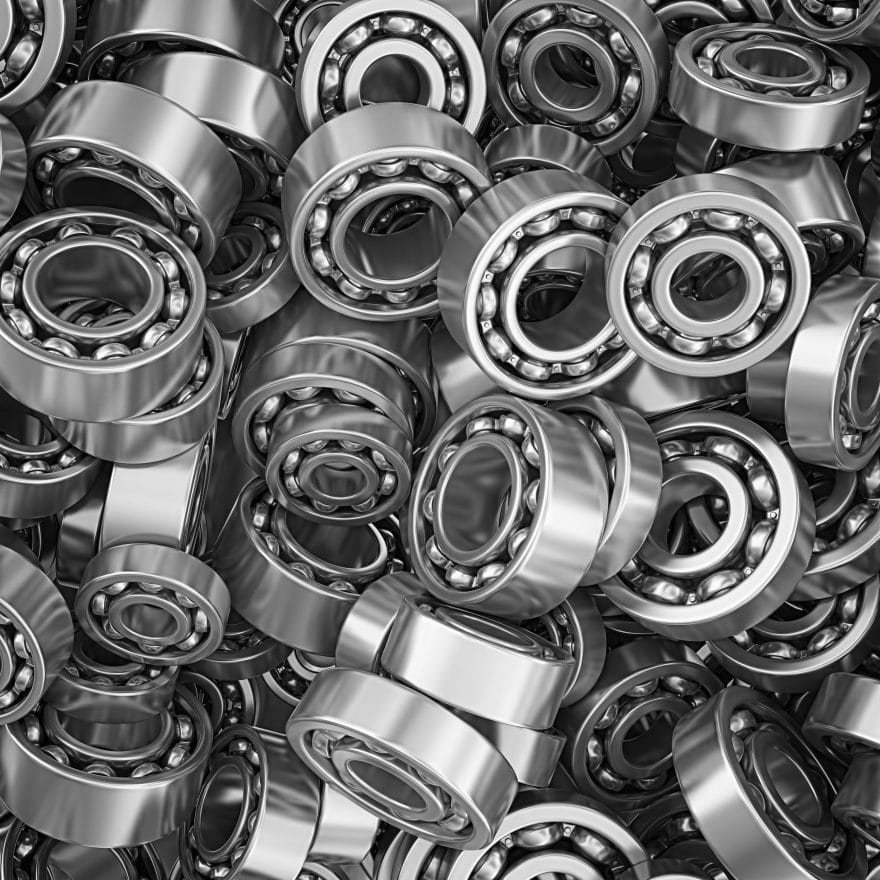 “It was quite a challenge, but that’s why I got into it,” he says. “I just loved it; having to keep up with foreign accounting methods and laws. When we’d do a transaction, we’d have to do it in that country’s currency. It really gave me a chance to expand my knowledge of international operations and finance and how everything fits.”

Opting for a change in career in 1999, Williams left Stanley Black & Decker to partner with the Pepe & Hazard law firm in Hartford, Connecticut, before resuming top in-house lawyer responsibilities in 2001 for parent company Ingersoll Rand at the Torrington Co., an international bearing maker in Connecticut. He transitioned from Torrington in 2003 after it was sold for a similar role with the heavy machinery maker Dresser-Rand, and, after the sale of Dresser Rand, to  associate general counsel of its corporate parent, Ingersoll Rand, where he figured in the M&A function.

That’s a comprehensive background for any corporate attorney, and Williams say it was ideal preparation for his role at RBC, a heavyweight in the bearing world with over 2,000 employees, annual revenues of $600 million, 23 facilities in the United States and three other countries, and business pending most everywhere.

While Williams can’t reveal too much about the corporate agenda, RBC continues to be in growth mode and constantly looking for other companies to better position itself in what’s a competitive worldwide industry. Even if all’s quiet on the merger-and-acquisition front, there are still the challenges of any public company to continue growing profitably under the regulations of Dodd-Frank legislation.

And ball bearings may look simple, but they require precise engineering. RBC’s customers include the U.S. government, the airlines and many heavy manufacturers. All that and more has Williams and his two-man legal staff, Dan Molner and John Feeney, keeping a close eye on intellectual properties.

Then, of course, there are the tax and tariff issues, which, 11 years ago made Williams such a wise hire for RBC. Someone’s got to keep the rest of the world accountable, and the one-time IRS agent turned corporate lawyer continues to excel at just that. 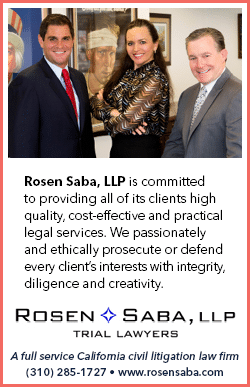 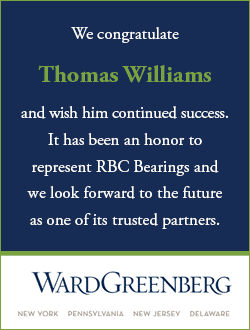