“Everyone in New York knows Ziff Davis,” says Julianna Orgel-Eaton. “It’s been through several iterations, but it’s been a staple for nearly a century.”

A survivor of the death of print through digital media advertising, the internet publishing company is headquartered in New York City and has around 5,000 employees. Since joining the company in October 2015 as senior corporate counsel, Orgel-Eaton has been working in the company’s largest division: technology, shopping and entertainment.

A year before her September 2021 promotion to general counsel, Orgel-Eaton helped Ziff Davis acquire RetailMeNot, a website that maintains a collection of coupon websites consumers can use for discounts on online and in-store purchases. It was one of many acquisitions she worked on, others including Offers.com and Everyday Health in 2016 and Mashable in 2017. 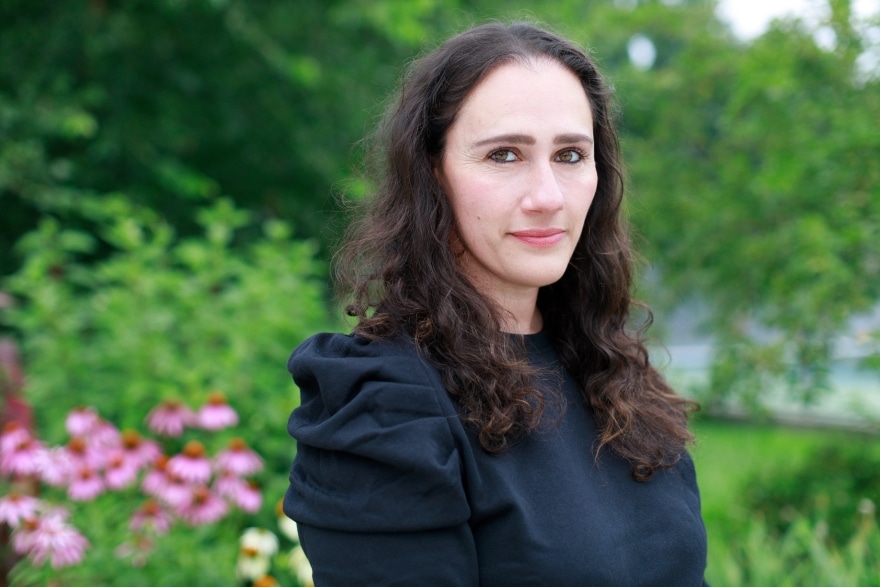 The approximately $400 million RetailMeNot acquisition closed in September 2020 and added employees located in Texas, France, the U.K. and India. Part of Orgel-Eaton’s role was integrating the new company into Ziff Media Group and ensuring the employees met the Ziff Davis legal team.

“It was critical that everyone joining us trusted the Ziff Davis legal team as much as they trusted their former legal department,” she says.

In 2015, Orgel-Eaton was hired as trademark counsel—think protecting intellectual property such as logos—but Ziff Davis’ general counsel needed a generalist to help tackle the massive volume of work. So, less than one week before she started work, her title was changed to senior corporate counsel.

“It was a very steep learning curve,” she says. “In that broader and more senior legal position, I needed to know the nuances of not just intellectual property law, but contract negotiation as well as constantly changing privacy, advertising and media laws.”

She also had to take into account employment law, the First Amendment, real estate negotiations, contract drafting, and legal matters related to mergers and acquisitions. When the European Union enacted the General Data Protection Regulation in 2018, she added that to her repertoire, as well. 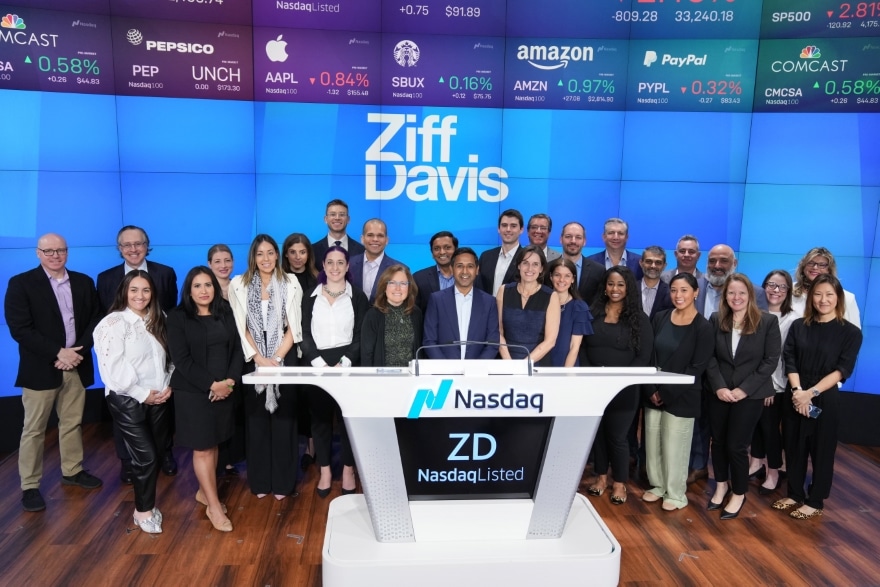 Orgel-Eaton says data privacy is particularly complex. While Europe follows the GDPR, the U.S. has no similar overarching data privacy regulations. California, for instance, has the California Consumer Privacy Act, which differs from Utah, West Virginia or New York.

“You have to make certain you’re compliant in every state and every country where you do business,” she says. “You have to provide users with the proper disclosures and choices to opt-out of certain cookies or use of personal data. That’s a real challenge, and I’m happy to defer to our newly hired privacy counsel in this area.”

When she joined Ziff in 2015, accessibility was a hot button topic, Orgel-Eaton says, with companies rapidly pivoting to ensure their content could be enjoyed by all, regardless of any visual impairments or other disabilities.

Over the past six and a half years, she and her business teams have improved content accessibility by creating videos with closed captioning, adding alternate text to images, checking Zoom functionality and using the correct color contrast ratio on sites and apps.

“In 2017, my team and I received a company achievement award for spotlighting the importance of ensuring our content is accessible,” Orgel-Eaton says.  She also conducted accessibility trainings for business teams, which she says made her feel, for the first time, “like a true business partner at Ziff.”

A three-pronged fork in the road

While Orgel-Eaton didn’t start her career as an attorney, she was always drawn to media and communication. In high school, she interned at local Bronx newspapers and then became an editor at the Skidmore News before graduating from Skidmore College in 2008 with a dual degree in government and English.

After college, she worked in New York City in advertising for EcoMedia, which CBS later purchased. Until 2009, she worked with the company’s in-house counsel, which sparked her interest in how advertising, media and law intersected.

She also witnessed how companies can positively impact communities through advertising. One notable EcoMedia project was the Green Schools Initiative, where advertising dollars were used in Miami, San Francisco and Chicago to install solar panels on school roofs and create low energy lighting. 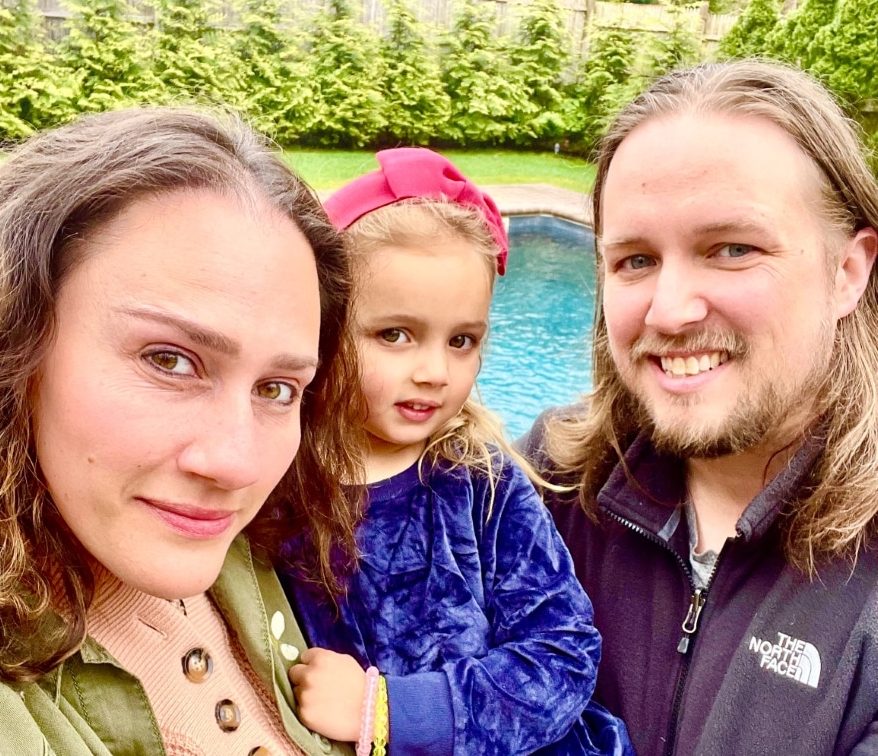 After leaving EcoMedia, Orgel-Eaton earned her J.D. from University of Maine School of Law in 2012. She took such a liking to intellectual property that when she graduated, she received the American Bar Association’s award for excellence in IP study. As she started her legal career, she helped companies protect their IP portfolios while also working alongside U.S. Customs and Border Protection in its anti-counterfeiting efforts. She then went in-house with Ziff Davis.

“Being a general counsel is not for the faint of heart, but if that’s something you want to do, you have to put in the work and time,” she says. “More and more women are taking on and excelling in leadership roles.”

To learn from and mentor others, Orgel-Eaton became a member of Chief, a private network for women executives in New York City. She’s also on the board of Magic Box Productions, a New York nonprofit that helps the next generation gain exposure to journalism, media and the arts.

“Each of my roles at Ziff Davis have been challenging, but they’ve helped me expand my knowledge and become a stronger, more skilled attorney,” Orgel-Eaton says. “I have worked hard to set an example for female executives and my daughter: Setting goals and reaching them through hard work and patience means anything you can dream is achievable.” 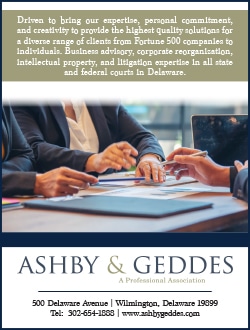 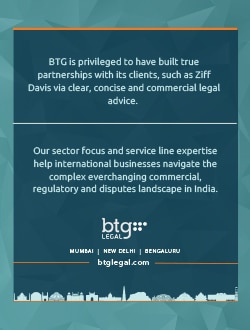 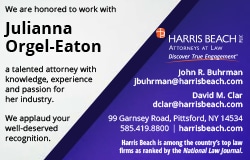