The reasoning is simple enough: If one is the top in-house lawyer for Apple or Tesla, it would help to have some kind of engineering background. Thus if one is general counsel of an international financial firm, extensive aptitude in economics, quantitative analysis, financial reporting, equity and fixed income investments, alternative investments, derivatives, portfolio management, and ethical and professional standards would surely complement the legal end of the responsibilities.

All the better if in addition to the juris doctorate, the lawyer has earned the Chartered Financial Analyst designation. 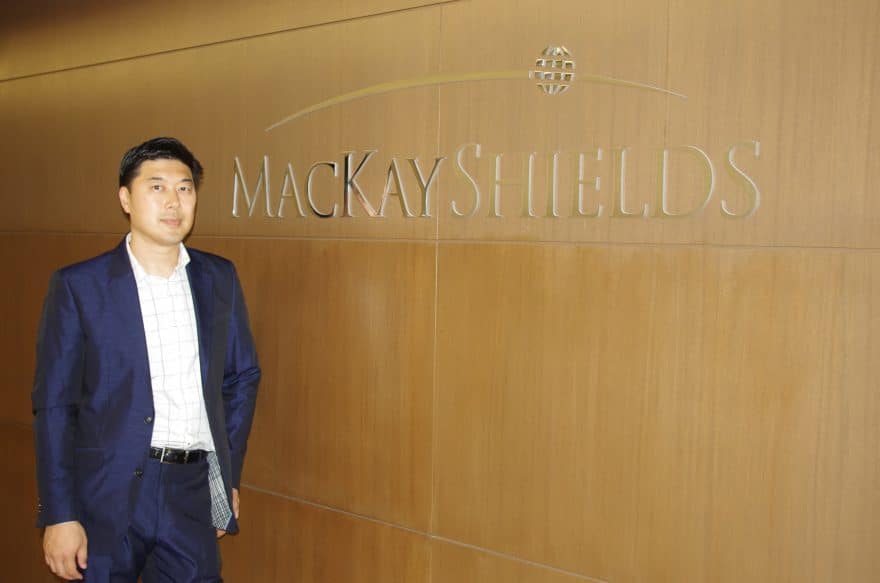 Which, it must be said, arguably requires dedication comparable to obtaining an advanced degree in engineering. It’s not much of an exaggeration to liken the process to a very long boot camp, with fewer than 20 percent of the candidates so accredited after what is at least three grueling years of juggling three levels of the coursework designed by CFA Institute with a full-time, high-stakes day job.

Just ask a man who completed the program, Young Lee, the general counsel of the New York City- headquartered global investment management firm MacKay Shields. He reminds that many CFA candidates already are very accomplished professionals, yet most of them are destined to fall short of obtaining the most respected and recognized investment management designation in the world.

Through unwavering perseverance he bucked the odds and successfully obtained the CFA charter in 2009—one year before joining MacKay Shields—and beckons others to at least consider the challenge, especially if they too handle legal work in the financial business.

“Dare to take on challenges that may seem overwhelming—that’s how I felt about the CFA,” Lee tells Vanguard. “Even if I had failed in my pursuit I would have had no regrets. Just being exposed to the curriculum opened my mind to so many new concepts.”

Lee will always be grateful to his former bosses for their support while he was blazing a path that so few top counsels had ever attempted. Those were the days when after a long day’s work, Lee would study at the nearby law library at Hofstra University and hope the security guards wouldn’t boot him out during the early a.m. hours.

Many times they did, and then he’d take his studies home, careful not to wake his wife and two young daughters. There was no getting around the investment of time and mental energy that it would take to complete the three-level CFA Program.

“At the second and third levels, the exam is only given once a year,” Lee explains. “It takes a full year to study for each one, and if you’re not diligent in your studies or have an off day, it’s another year before you get another chance take the test. The pass rate is only around 40 to 50 percent for each level.”

A world of new opportunities

It’s safe to say Lee is a polymath who has the ability to contribute to his firm in myriad ways. MacKay Shields seemed to think so when it appointed him global general counsel and allowed him to lead a number of initiatives, including the opening of the firm’s first overseas office in the United Kingdom and its first offshore fund complex in Ireland. Along the way, he was bestowed other titles and responsibilities such as senior managing director, member of the firm’s U.K. management committee, director of its offshore fund complex, and chair of the firm’s socially responsible investment committee.

“Having graduated from a top law school (New York University School of Law) and having the CFA designation helped to distinguish me from many great candidates,” says Lee, now 45 and in the prime of his professional life. “And MacKay Shields was a natural fit for me. I was well-versed in capital markets in addition to investment management regulations, plus I had many years of transactional experience at a global law firm running complex cross-border deals.” 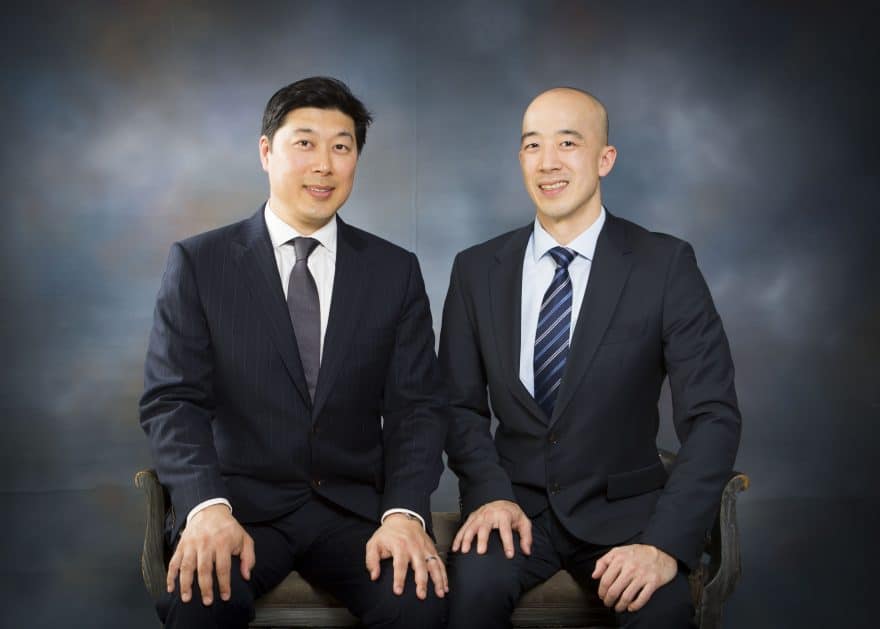 Lee’s robust skill set enabled him to navigate the deluge of new global regulations that proceeded the Great Recession, such as the Dodd-Frank Wall Street Reform and Consumer Protection Act, all while overseeing more than a doubling of his firm’s assets under management.

There’s wisdom to those who joke that in the time it takes to read Dodd-Frank, parts of it have already changed. The current White House wants to dust-bin the legislation, alleging it hampers growth and subjects smaller firms to undue burdens that their bigger counterparts can withstand, thus unwittingly favoring the banking giants it’s supposedly trying to restrain.

Whatever happens in Washington, the need for multi-dimensional expertise should remain in high demand for the foreseeable future. Even more so as the financial industry continues to evolve at breakneck speeds, as evidenced by the recent rise of high-frequency trading, blockchain technology, crypto-currencies, exchange-traded funds and artificial intelligence.

It’ll be a challenge even for people like the Hong Kong-born and New York-raised Lee, the eldest of two sons of Chuck and Joy Lee, who moved the family to New York from South Korea when Lee was a toddler. Though lacking a U.S. education, the father became a successful entrepreneur as the founder of Hercules Luggage while the mother stressed the importance of education to her sons.  Both pushed Lee and his brother to “never settle for being No. 2.”

They didn’t, with Young Lee graduating from Cornell University with a double major prior to NYU Law, and his brother Jim getting his undergraduate education at Princeton University and later finishing No. 1 in his Executive MBA program at Columbia University.

After nearly five years, he moved on to be vice president and counsel to Alliance Bernstein, one of the world’s largest investment management firms, renowned for its investment strategies and high-quality research services. It was sometime during this period, from 2001 to 2005, when Lee realized that there was still much to learn about finance.

“It occurred to me whenever I spoke to a portfolio manager, ‘there’s so much I don’t know about the industry I was part of,’” he remembers. “It didn’t sit well with me knowing that I could make a greater contribution to my firm’s success if I was as knowledgeable as the other investment professionals. I realized that I wasn’t going to get there solely by reading legal textbooks.”

Obtaining the CFA charter opened a wealth of career options for Lee at a time when the global financial crisis was about to consume his previous employer, Oppenheimer Capital, where he served as chief legal officer. When Oppenheimer’s demise became apparent, Lee—that very valuable CFA designation enhancing an already impressive resume—was recruited to become general counsel of Principled Capital Management during a time when the global financial crisis wreaked havoc on the careers of many attorneys.

That firm closed too, in early 2010, but Lee again had another choice position materialize quickly, this time at MacKay Shields, whose $100 billion in assets under management should long provide opportunities for its global general counsel to apply his diverse set of skills in the U.S. and abroad.

Even with the CFA credential in hand, Young isn’t showing signs of slowing down. He recently co-authored a reading on corporate governance and ESG (environmental, social and governance) investing that is part of CFA Institute’s standard curriculum, and contributed to a white paper on bondholder engagement that will soon be published by the United Nations-supported Principles for Responsible Investment. 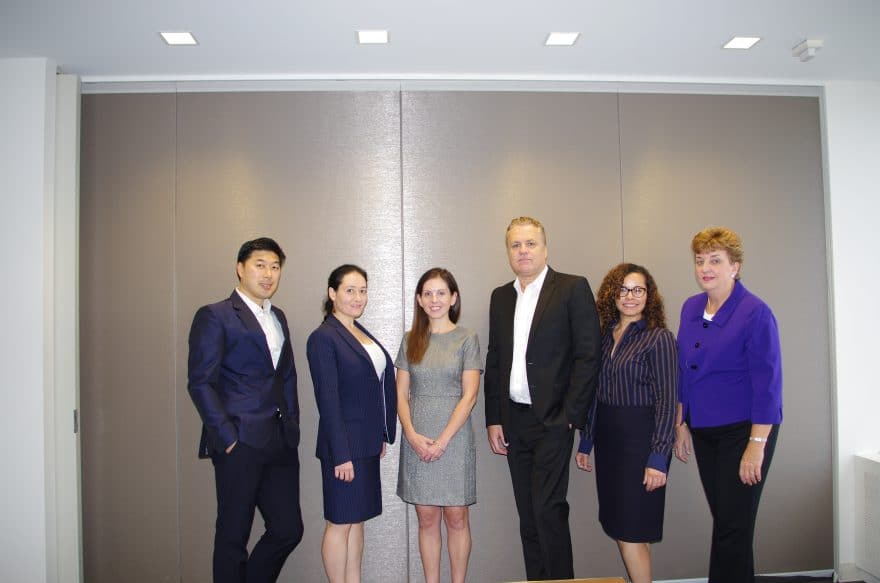 Lee has made it his personal mission to encourage others in the finance community, particularly those who are not investment decision-makers, to consider pursuing the CFA charter. For the past several years he has served as a featured speaker at CFA Institute sponsored events, including its renowned CFA Annual Conference, as well as at other industry conferences. Lee has also led seminars at New York Life Insurance Co.—the parent company of MacKay Shields—which has drawn large crowds eager to learn about his CFA journey and experience.

Still, Lee remarks that his parents’ advice notwithstanding, he thinks he’ll always be second best in one area.

“You want to meet No. 1? That’s my brother,” he says, extolling the brilliance of Jim Lee, a senior finance executive who has himself blazed an impressive trail as PepsiCo’s chief financial officer for its Russia, Ukraine, Australia, New Zealand and South East Europe markets.

Could be Jim says the same about Young. 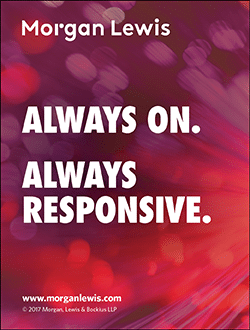 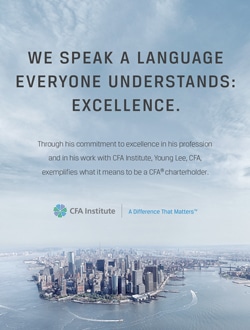 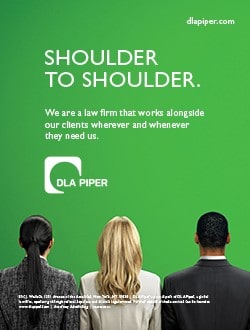 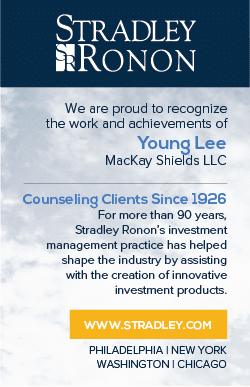 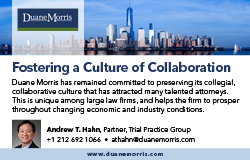