It’s rare for a young company’s fourth hire to be its own in-house attorney. Especially so for a start-up, New York City-based Kindur only having commenced operations in late 2017.

But the principals weren’t new to this game; collectively they had managed $120 billion over the course of a half-century at previous stops that included the big wirehouses. There wasn’t much they hadn’t seen or serviced, though they did perceive something of an industry void. 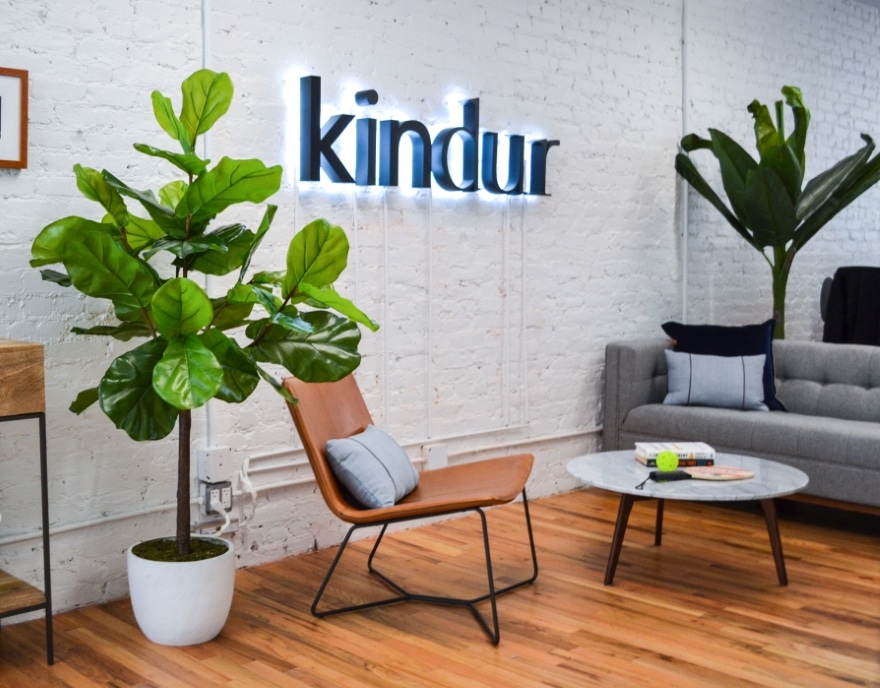 That being the need to use the latest technology in assisting aging baby boomers in planning their impending retirements as well as helping those who had already gotten there. Seems most every other financial firm didn’t go much further than just planning a customer’s path to his or her golden years. Today’s retirees enjoying longer lifespans, albeit with new challenges; Kindur would seek to differentiate itself with expanded services in this area.

And leave as little to chance as possible, all aspects of the financial world being highly regulated and Kindur venturing into less explored territory while harnessing the digital means still new to this business. Hence Kindur’s early hires, including Alastair Wood whose mix of legal, financial and technological skills provided a unique background for him to be general counsel and chief compliance officer.

“Our view as a company is, we monitor every dollar as if it belongs to our parents,” Wood says, adding that, as a mission reminder, Kindur’s walls display photographs of the principals’ loved ones who are either in or approaching retirement.

Ever the proactive type

The regulatory bodies get due consideration as well, Wood is quick to add, as Kindur’s business model presents more variables than that of a typical fiduciary. The same rules apply about ethical marketing, advertising and privacy, but because Kindur uses an online portal that requires data protection, the startup wanted its own lawyer rather than outsourcing such a crucial function.

“It’s just one indicator of how proactive we are,” Wood tells Vanguard in March, a few weeks before celebrating his first anniversary on the job. “Our platform provides unique legal challenges as you try to apply 20 years of precedent to the digital model. We have been very fortunate to find some fantastic and creative outside counsel to help us along the way.” 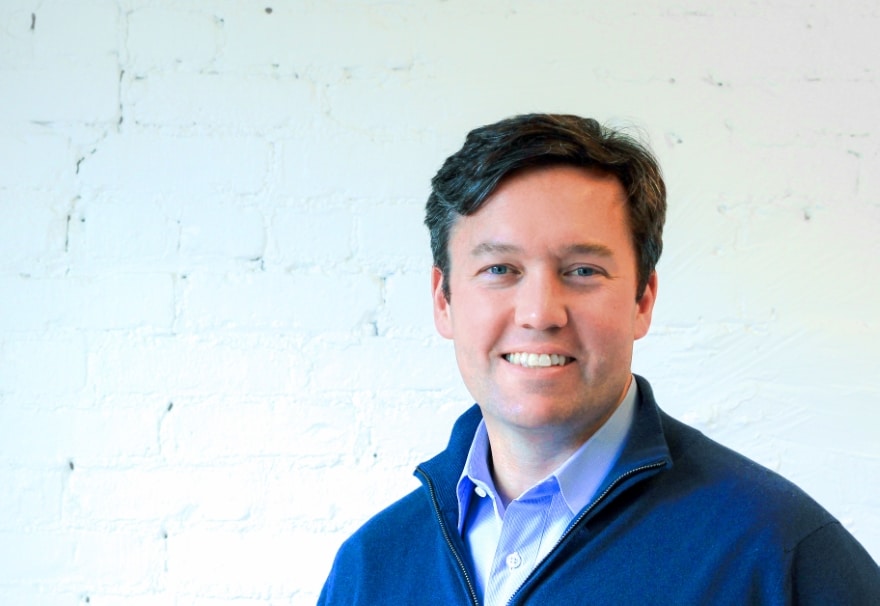 A digital model, Wood says, that a tech-savvy generation of retirees and soon-to-be retirees embraces with enthusiasm. They’re not luddites, he says, reminding that the older generation—his retired parents included—follows their children and grandchildren on Facebook, Instagram and Twitter. Not that Kindur shuns the personal approach; the startup still answers calls and engages personally with its customers. It just enhances its service with easy-to-use digital tools built on a straightforward interface where customer usability is top of mind.

And this is an area where Wood anticipates the need for such enhancement will only grow. Exponentially at that.

“You’ve got millions of Americans living 10 or more years into later retirements, and while that’s great, they don’t have the same options as previous generations,” Wood says. “This is the first generation that has to rely on a do-it-yourself model of retirement.”

There’ll be more such generations, with pensions having given way to 401(k) plans or individual retirement accounts, and so many people playing catch-up on investment savvy. Current and future retirees will likely have worked for multiple companies, providing opportunities and challenges for money management. When should one access Social Security? How much to withdraw from the various accounts? What will health care cost? What tax issues might emerge from gifting money?

Each person having a unique situation, Kindur’s digital advice is geared to assisting the individual in navigating decisions that are often eased through consolidation of a client’s many accounts and holdings. It is typical for Americans to manage their financial lives around their income, and the same can be said when they are seniors, which is why Kindur provides its clients with automated income through its “signature retirement paycheck.”

“Traditional firms say ‘Tell us when you’ll retire and we’ll focus on your money situation when you get there,’” Wood says. “Our focus is if you’re nearing retirement, we’ll help you take the wisest course with your money. You’ve earned it and we want to help you make it last.”

Partners include American Equity and APEX Clearing. Users can leverage Kindur’s signature retirement roadmap tool when they roll over managed accounts. The company has also made this unique feature available to users before they decide to roll over funds to better understand their unique retirement journey.

Overseeing the legal implications is a familiar role for the 40-year-old Wood. A George Washington University Law School grad, he went in-house with Citi in 2013, serving as chief of staff to the general counsel and chief administrative officer for Citi’s global legal team. He might still be there had there not been the opportunity to join what Wood regards as a dream team of “varsity athletes” with such complementary skills. 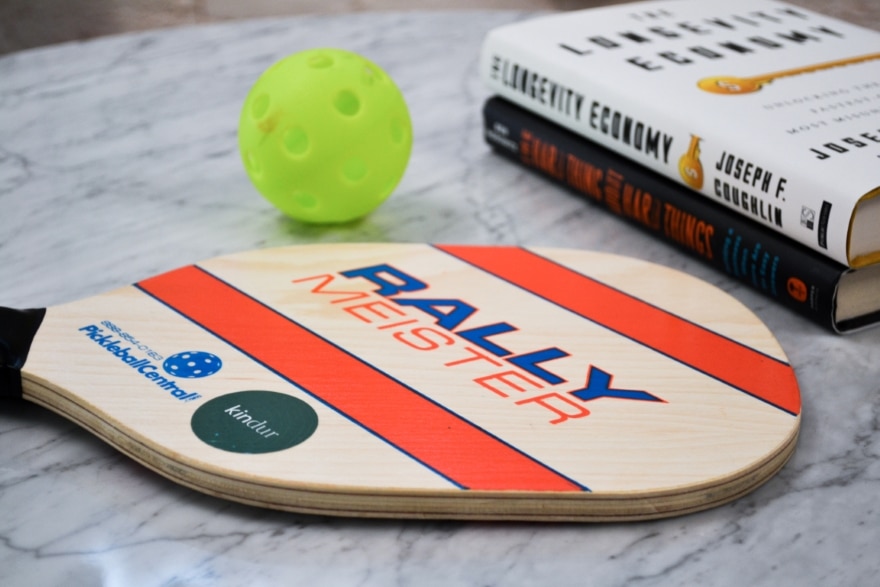 “What drew me to this firm is that my role wouldn’t be just purely legal,” Wood says. “I’d be in a position in which I could drive the business strategy. I’d be part of a team of smart, capable people who could move into areas where they could show themselves to be problem solvers.”

Founder and CEO Rhian Horgan brought 17 years of J.P. Morgan experience, the last couple as head of alternative investment strategies in New York after an earlier stretch in London. CTO Scott Turnquest had distinguished himself as an engineer and software developer at multiple companies coast to coast.

Rounding out the crew are the five other members of the leadership team who share the Kindur vision of what technology offers to sustain a retiree’s quality of life.

“It’s fascinating that so much of what we do is tied into the digital experience,” Wood says. “The law typically is on paper and in court. A firm like ours confronts questions and issues that will be important legal matters for the next decade.” 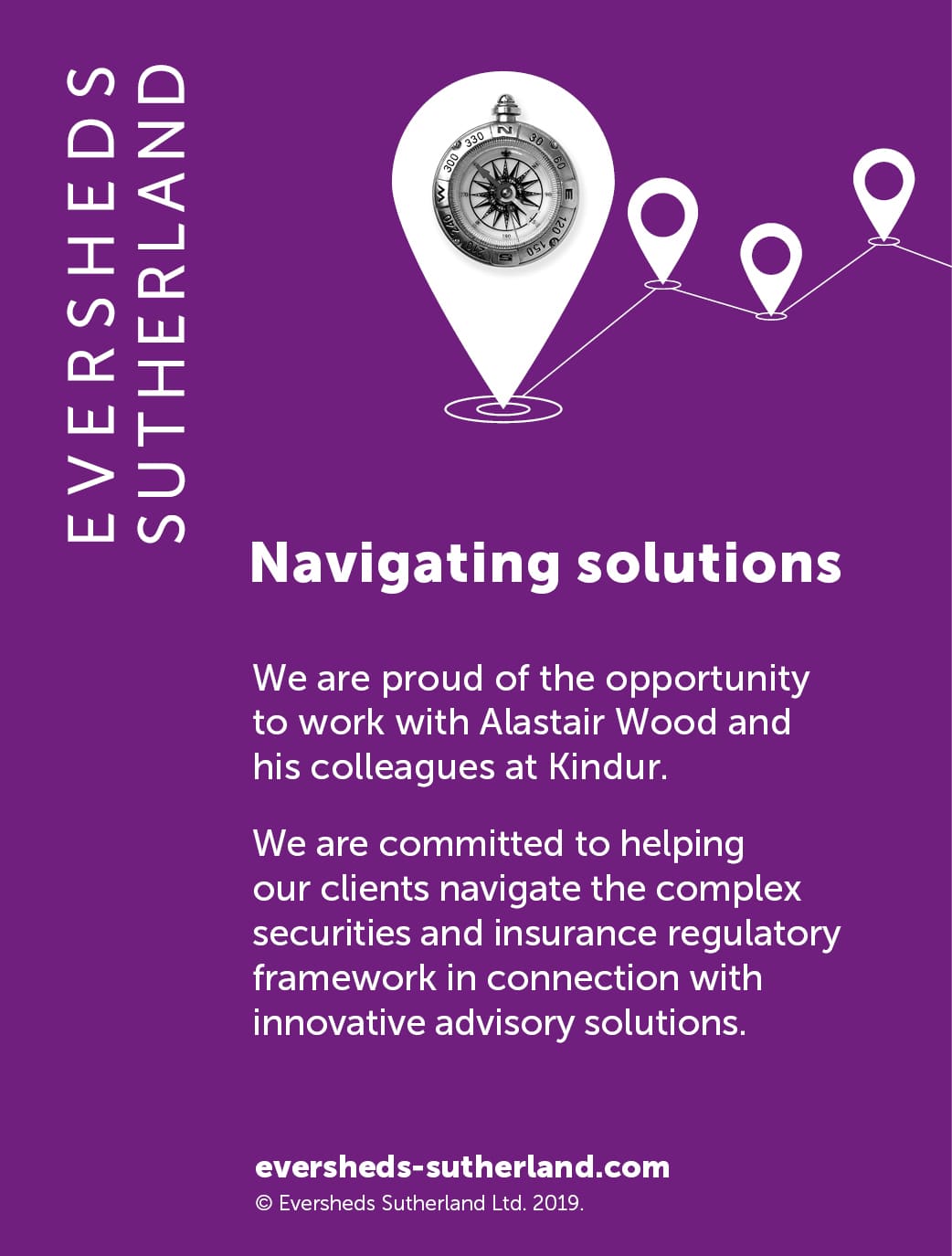