Never a roadblock to company growth

She has to chuckle when reminded of the many old country songs about truckers playing loose with documentation of driving hours and cargo weight. In trucker’s parlance they were called swindle sheets, abuse of which endangered other motorists while making a mess of the roads.

But such dubious recordkeeping may become a thing of the past as the trucking industry joins so many others in going the digital route, with an innovative Canadian company leading the way.

“We’re making the roads safer for everyone by keeping drivers healthy, alert and safe,” Robyn Scott assures Vanguard in April from Fleet Complete’s headquarters in Toronto. “We’re also keeping the trucking fleets profitable. All it takes is one accident for a fleet to lose a lot of valuable time and money.” 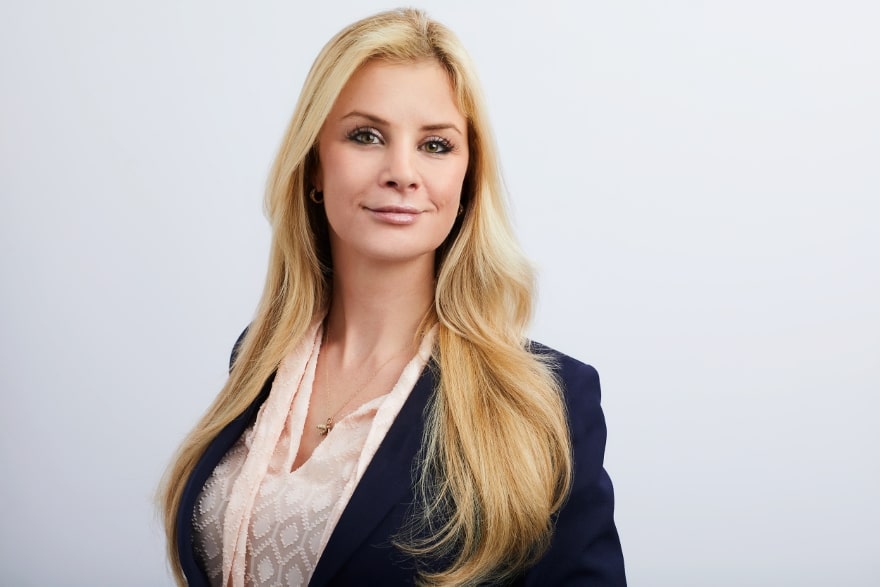 The likelihood of trucking accidents has declined, with credit due to this telematics and Internet of Things company that in February 2018 welcomed Scott aboard as its first and still only in-house lawyer, further enhancing her letterhead with the title of executive vice president.

Though Fleet Complete has been around since 1998—the brainchild of then 19-year-old Tony Lourakis, who remains the CEO—the last couple of years have seen it grow exponentially with a worldwide clientele of fleet-owning businesses and more than 500 employees. Revenues are in overdrive, with subscriber numbers going from 200,000 to 500,000 since 2017, and an in-house legal department that has proven to be a worthy investment.

Another steady hand behind the wheel was what Fleet Complete would find in Scott. The company had already become the talk of the global fleet management industry, it being the world’s fastest growing telematics operation.

With Scott doing much if the driving, it would soon be solidified by an investment partnership with Canada’s largest single-profession pension plan, that being Ontario public school teachers’ $194 billion in assets under management. 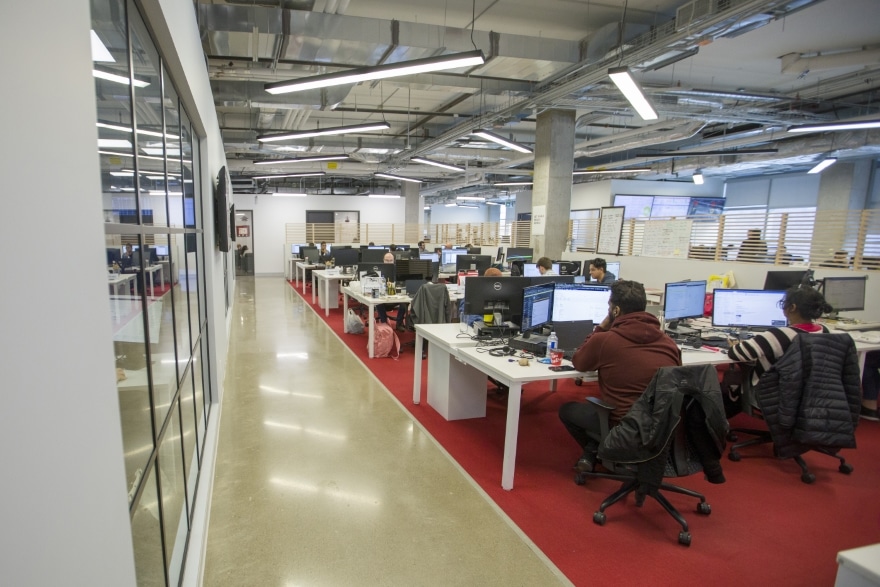 Though well-versed in business law from high-profile roles at four other companies, Scott acknowledges the pressure she was under to quickly learn all she could about her new employer, MDP, and more recently the teachers fund.

“Our CFO [George Kypreos] and I were like conjoined twins for four months,” Scott says of the deal consummated last November. “When it was finally signed, it was like separation surgery.”

Some months later, all entities seem even healthier—MDP’s continued ownership, in addition to the teachers’ faith in Fleet Complete, substantiated by the company’s continued growth. Fleet Complete is further strengthened by the cash infusion that facilitates living up to its tagline of “helping fleets thrive.”

Foremost in keeping those trucks rolling at peak efficiency is the company’s platform for fleet management. The holistic approach, Scott explains, gives a boss the means to manage an entire fleet from one screen, always knowing where the trucks and crews are, their productivity levels and any other metrics that need measuring.

In the past six months there’s been another offering from the company, a video event recording solution that allows drivers to manage and review their own performance in a customized app.

“It’s more of a training device than a disciplinary one,” Scott is quick to say. “Maybe a driver has been harsh braking beyond what should be normal. When he sees it from a video perspective, he’s able to correct himself. Our clients are very excited about it improving safety and saving on wear and tear.”

There’s also Fleet Complete’s new strategic arm, CONNVEX, a cloud-based big data analytics platform that aims to make the future commercial vehicle a smart one. The platform is designed for original equipment manufacturers [OEM] and the Tier 1 companies that directly supply to them, the result being the means for data analytics and sensory information is built into each vehicle.

And the aforementioned makes up just part of the growing portfolio of intellectual properties that Scott must oversee. There’s also the increased need for data security, given that Fleet Complete isn’t just a North American operation.

“We’re currently in 17 countries and rapidly expanding,” Scott says. “We just established legal entities in Greece and Mexico, and we have people moving there to create partnerships with telecommunications carriers—the key to our success.”

Scott helps Fleet Complete forge and grow partnerships with such technological heavyweights as AT&T, Mitsubishi and Phillips Connect Technologies. The company has its ears to the ground when it comes to acquisitions, with Scott and team constantly scanning the landscape for attractive targets.

In short, just the kind of responsibilities Scott likes to shoulder—preferring to use the law for business rather than litigation. While she’ll always appreciate the year she spent articling for the Toronto firm of Gowling Lafleur Henderson after earning her law degree from Queens University in 2006, it wasn’t how Scott wanted to spend her career.

She felt much more comfortable during an ensuing five-year stretch as legal counsel at Rogers Communications, where Scott would interact with all departments of the Toronto conglomerate whose holdings include not just cable television and internet connectivity, but stakes in the Blue Jays, Maple Leafs and Raptors. 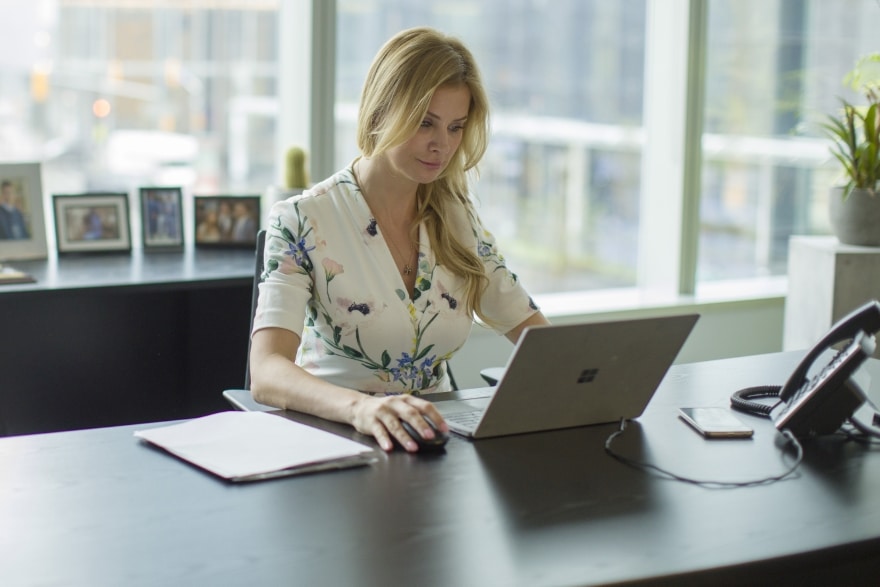 “Just the thing for a sports fanatic like me,” says Scott, a volleyball standout as a Lakehead University undergrad and Queens law student. “It sure beat sitting at a desk as a junior lawyer.”

Smitten by that legal/business bug, Scott would enhance her creds while at Rogers, finding time to complete an MBA at the University of Toronto Rotman School of Management and a global executive MBA at the University of St. Gallen in Switzerland. That latter curriculum was a game-changer, Scott being the only lawyer in a class of 36 budding business leaders studying for stints in Brazil, Europe, Hong Kong, China, Canada and India.

“You learn so much more that way than from a book,” she says.

She’d leave Rogers in 2013 for a year as general counsel to the startup Virgin Gaming, which was ushering in the video craze with online tournaments and Madden for Cash. “We were ahead of the trend for online gaming, but I learned a ton.”

When the Fleet Complete position opened up, her qualifications were spot on.

“I couldn’t be happier than where I am,” says the young mother of a 2-year-old son. “The ownership is great; Tony is a great CEO and while I have I lot on my plate, when you’re around people you respect and you’re working for a world-class, rapidly growing company, it becomes fun.”

It’s also making the roads safer, even at the expense of what might have been some more good truck-driving songs. 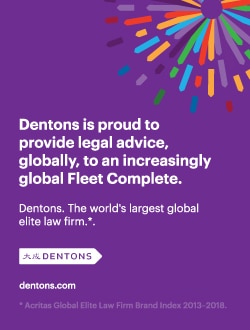