When Anne Thériault started at Coveo in 2014, it was a technology startup less than a decade old. Now, several years later, the company has gone public.

The company provides solutions for e-commerce, service, website and workplace applications to deliver relevant experiences. In 2021, it launched the Coveo Relevance Cloud, an artificial intelligence platform that provides search, recommendations and personalization for customers by tracking and learning from their preferences. 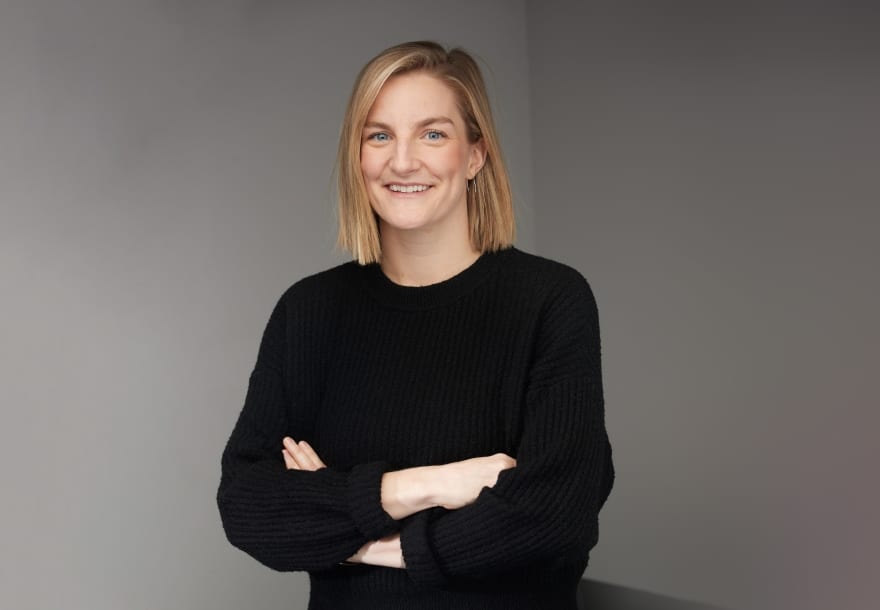 Much of Thériault’s role is to ensure this data is protected. While this has always involved working closely with the research and development team, she spends more time educating staff on new regulations now that the company has gone public. She and her team have also set up new systems and structures within the company and its board.

“Projects like this make you realize the importance of assembling a strong team, which I’m fortunate to have,” Thériault says. “Everyone has their skills and areas of expertise, so you have to trust everyone around you to bring it all together.”

Building trust has been a large part of Thériault’s role since she joined Coveo and started its legal department. She says some companies “view legal as a roadblock,” so she’s had to show the research and development team that her department isn’t there to stop innovation.

Thériault took the time to get to know the members of the department and what they were working on, as well as what they wanted to accomplish. She says she doesn’t want legal to be seen as the department that says “no,” but rather as the one that presents alternatives. 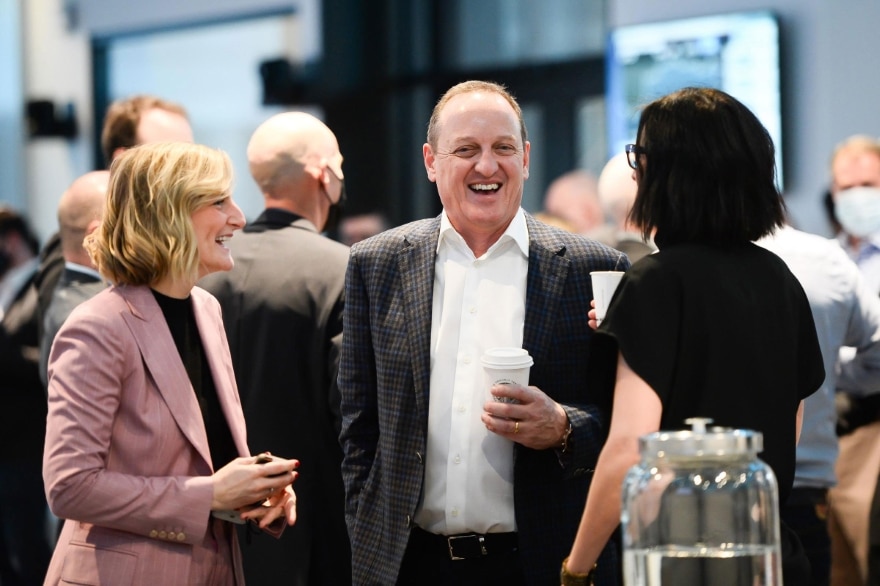 For example, overseeing data privacy goes beyond simply ensuring compliance, she says. Sharing data with third parties has strict requirements, so she helped create a procurement process to ensure third party suppliers  are legally permitted to use customer data on Coveo’s behalf.

In building this process, Thériault and her team wrote contracts and negotiated with hundreds of third parties to ensure the data would be adequately safeguarded with them. The legal department also contacted all Coveo clients to notify them this was happening and to address their concerns.

“It’s crucial that data is safeguarded and that everything Coveo does is ethical so it can grow and be successful,” she says.

Thériault applies a similar approach when working on acquisitions. She says mitigating risk creates new opportunities and ways of looking at issues.

“When you’re buying a company, obviously you’ll do heavy due diligence on the target,” she says. “Some attorneys might just red flag that, but we have a team that can identify the red flags and risks and use mitigation to turn that red flag into a yellow or green flag.” 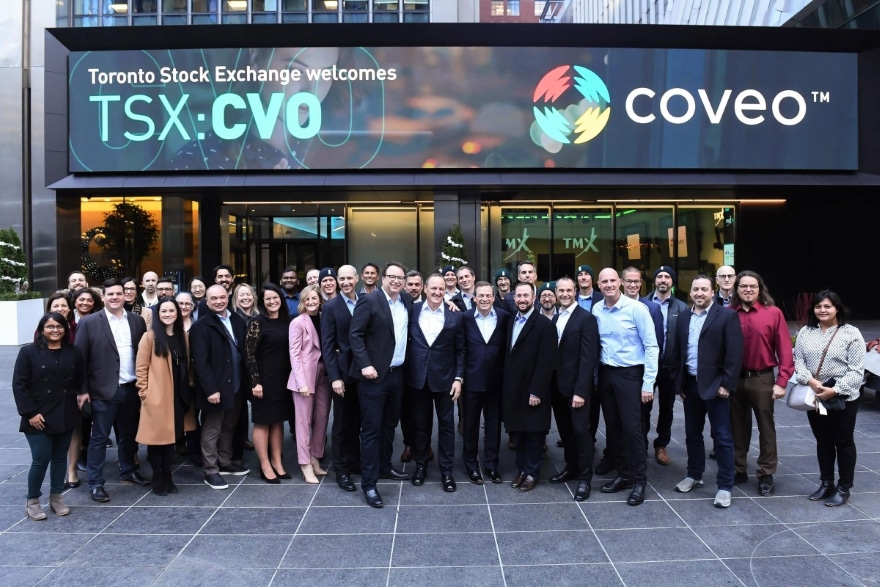 For example, if a company targeted for acquisition doesn’t have a process auditing their use of open-source licenses, Coveo’s legal department can request an audit be done and include language in the contracts about creating better processes. When hiring for the legal department, Thériault looks for people who can think creatively and aren’t afraid of challenges. Above all, she wants to see passion.

“The people applying are savvy and interested in learning,” she says. “People have begun to go to law school to learn technology. They know that where they want to work, their dream, is in this space.”

While Thériault finds fulfillment in working at Coveo, she didn’t finish law school with the same clarity about her future that new hires seem to have. Knowing she didn’t want to work at a law firm after completing her articling program, she pursued an MBA.

“That’s when I found Coveo, which is a perfect mix of business and law without having to work in a firm,” she says. “I had an interest in technology and this seemed like a stimulating challenge.”

When hired, she was tasked with establishing the legal department and processes, which involved writing new policies and creating  contract templates. One of the most interesting things, she says, was learning the industry regulations, which continue to evolve. 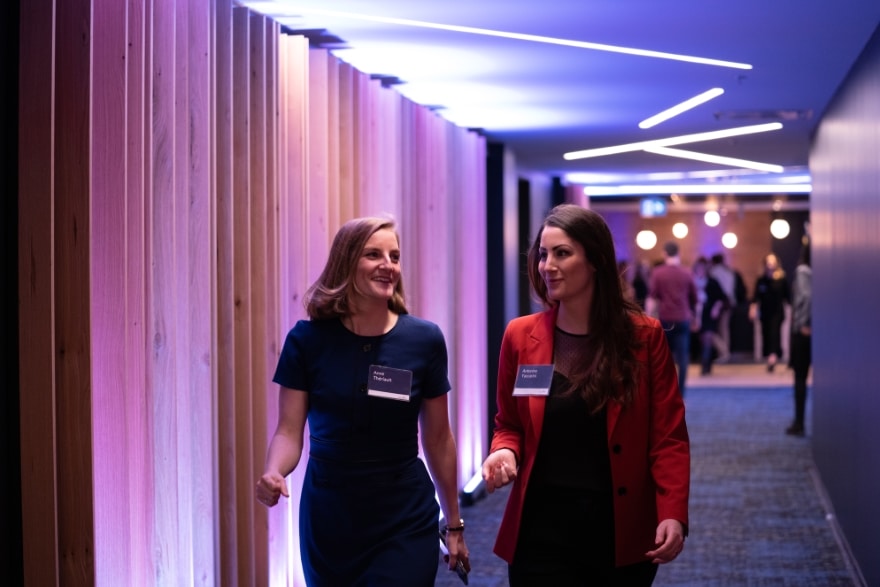 Thériault’s biggest accomplishment with Coveo has been working on the IPO, she says. She says she’s proud of the work her team did and of the commitments Coveo has made now that it’s a public company. In November, it joined the “Pledge 1%” movement in which corporations donate to nonprofits. Coveo will be donating one percent of each of the following: its workforce’s time, its equity, its profits and its products.

Thériault helped set up Coveo’s involvement with the organization behind the movement, which involved reviewing contracts and providing legal advice. According to Coveo’s website, the pledge will allow it to “democratize artificial intelligence” and decrease inequities in digital content access.

“I felt like an outsider to this industry when I started, but I soon learned how fascinating it is and how it would be the future,” Thériault says. “And now with the IPO, it’s changed the game and my career .” 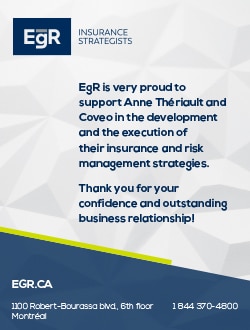