His ERM a script for preventative medicine

“First, do no harm.” Or, as was originally said in Latin, primum non nocere.

That part of the Hippocratic Oath sounds simple enough, but modern healthcare is anything but. The most practical means of doing no harm might be through enterprise risk management, says Anthony Wilson, referring to the many variables that affect a healthcare provider’s efficiency. 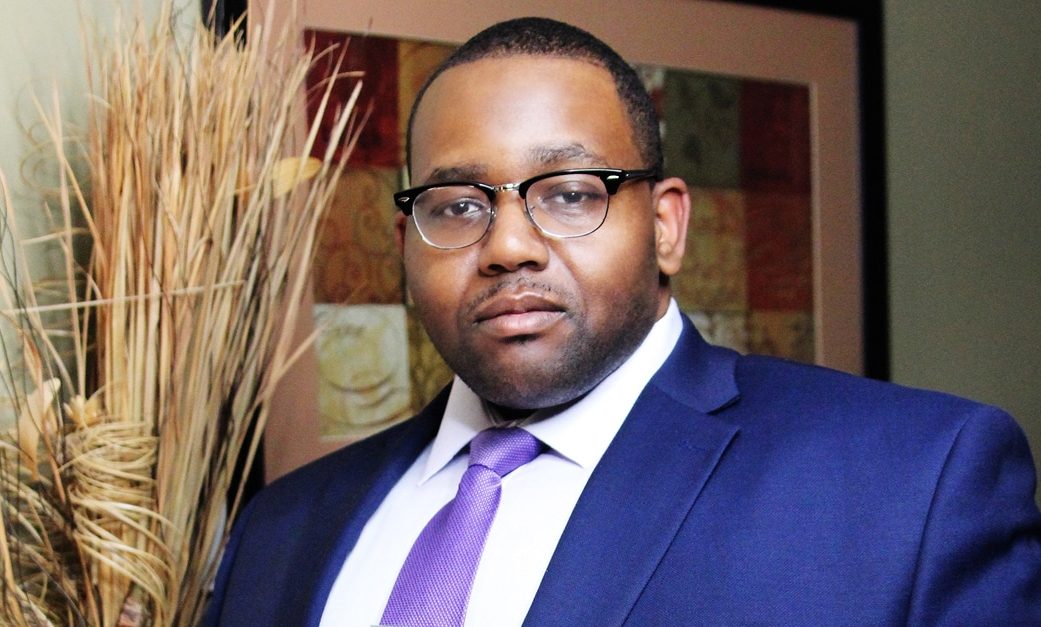 Chief corporate compliance officer and director of ERM at Silver Cross Hospital in New Lenox, Illinois, Wilson was indeed a latecomer to law, serving eight years as a registered nurse in critical care before pursuing his juris doctorate. Though the law had little appeal to the younger Wilson, he befriended and was mentored by a healthcare attorney while working at the critical care unit of Northwestern Memorial Hospital in Chicago.

“She impressed upon me what I could do as an attorney with a medical background,” Wilson tells Vanguard in March. “How my years in nursing would complement my new legal knowledge and enable me to make a larger impact.”

Formerly a modest community hospital in suburban Chicago, Silver Cross is well on its way to becoming a regional medical center, a master plan much enabled by Wilson’s guidance. Often-times the most effective ERM, he explains, begins with education and communication and that has him interacting from the brass on down.

“Usually, people on the front lines see the risk management team and get scared,” he says with a chuckle. “We want to bridge this gap and end this stigma or negative stereotype that if you see risk management, it’s a bad thing.”

Vital as clinical risk management is, he says the caring of patients is just one high-risk area. There are also financial, strategic and operational uncertainties, especially when a hospital is trying to provide all the care of its big-city counterparts.

Financial risk may be easy enough to understand, he says, but strategic and operational risks can be less obvious. While nondisclosure agreements preclude Wilson from going into depth, he can generally discuss matters he brings to the attention of the executive team and board of directors.

As the hospital expands its services, does it have the personnel and technology to ensure safe business? Will capital investments cause Moody’s to downgrade the credit rating? What changes in the federal tax code most affect a nonprofit institution? Is everybody duly informed about this year’s No Surprise Billing Act, which mandates providers to give a “good faith estimate” of costs before providing non-emergency care?

These questions and more have been compounded the last couple years due to COVID-19. In January, Silver Cross’s patient count exceeded its capacity—an issue it shared with hospitals nationwide. Here, it was mitigated by deployment of staff to where most needed. The hospital also put out many calls for qualified staff in all areas, including a Facebook call for more ICU and critical care nurses.

Which, of course, is how Wilson commenced his career. A University of Illinois Chicago graduate, he majored in nursing with a minor in chemistry. From 2004 to 2013, he worked at Northwestern Memorial Hospital. “Aside from ‘Law and Order,’ I had no interest in law, though TV lawyers looked cool,” he says. “Not until I learned of risk-management did I see how it could be used.”

That attorney friend beckoning Wilson to make the most of his potential, he enrolled at the University of Illinois Chicago School of Law in 2012. Newly married to a woman whom he’d adored since they had been sixth graders in Chicago, Wilson juggled his schedule, attending class and studying Monday through Friday and working Northwestern’s weekend shifts.

“It may seem hard, but you’ve got to know what you want to do and why you’re doing it,” he says. “You also need to have the perspective that it’s only for a few years, not forever, and will be worth the financial and social sacrifices.”

A healthcare role didn’t come right away. Wilson honed his legal skills from 2014 to 2016 at The Stuttley Group, a boutique Chicago area firm where he gained experience in areas including criminal, family and transactional law. By 2017 Wilson was in a more preferred role, as assistant general counsel and legal risk counsel at Rush University Medical Center in Chicago and, one year later, began his Silver Cross.

“They [the brass] have been awesome. There’s no other way to describe them,” he says. “They’ve welcomed the ERM initiatives and championed them. Even during the pandemic, we grew and upgraded our credit rating while other hospitals were in the red.”

Home life has been fulfilling as well, the Wilsons having a 5-year-old daughter and 2-year-old son. Committed as he is to his family and Silver Cross role, he still finds time for another passionate pursuit.

“I’m a huge nerd and really love technology,” says Wilson, who holds a patent as well as a master’s in intellectual properties law. “I’ve bought and crashed a couple drones but have gotten good at it and am studying for my commercial license.”

That too will take time management, which, as his life story shows, has been as much of his strengths as is his background. His boss seems to agree.

“Because he is both an RN and a lawyer, it allows him to easily work across the many disciplines within the hospital,” says Silver Cross President and CEO Ruth Colby. 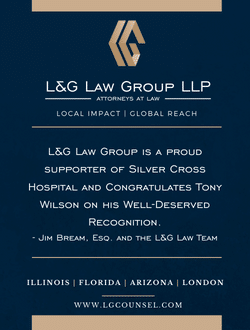