Despite having just 250 beds, Doylestown Hospital has some of the top cardiac care in Pennsylvania and is ranked in the top 15 cardiac hospitals nationwide, but it’s not easy retaining independence.

As John Reiss explains, small- to mid-sized hospitals like this one are routinely pressured to merge with larger ones. As the vice president, general counsel and chief compliance officer, he helps keep the organization independent. He was hired in 2013 by then-new CEO, Jim Brexler, who was tapped to lead the effort. 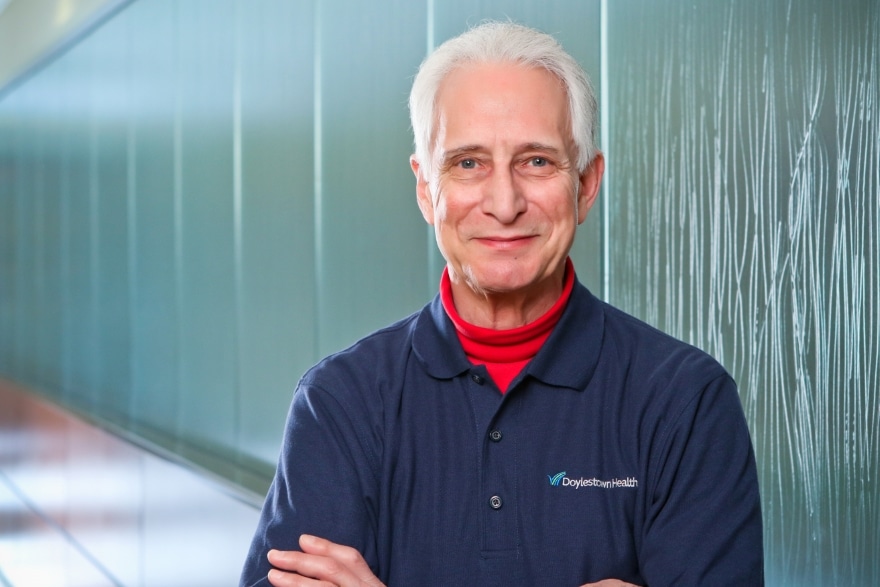 Founded in 1923, the hospital has a medical staff of more than 420 physicians, dentists and other medical specialists in addition to a staff of over 2,100. In addition to cardiology, Doylestown provides cardiothoracic surgery, emergency medicine, gastroenterology, diagnostic and interventional radiology, maternal-child health, oncology, robotic surgery and more.

Reiss had been the hospital’s outside counsel for over 20 years when he was hired, which has given him a deeper understanding of what it needs to stay independent.

“We have great relationships and partnerships with other institutions, which helps us to deliver the best patient care possible,” he says. “This allows us to spread our wings as much as possible while staying independently owned and operated.”

In 2014, Reiss helped set up the Doylestown Healthcare Partnership, a financially and clinically integrated care network, of which 270 physicians own 50 percent and the hospital owns 50 percent.

The goal of this is to integrate primary, specialist and facility care to respond to value-based care initiatives, Reiss says. It was set up with a no tie-breaker vote rule, so all the parties must agree on strategy and tactics.

Reiss drafted the contracts for this and ensured compliance with the Federal Trade Commission’s justice antitrust guidelines. He also drafts physician agreements and contracts for joint ventures with other institutions. 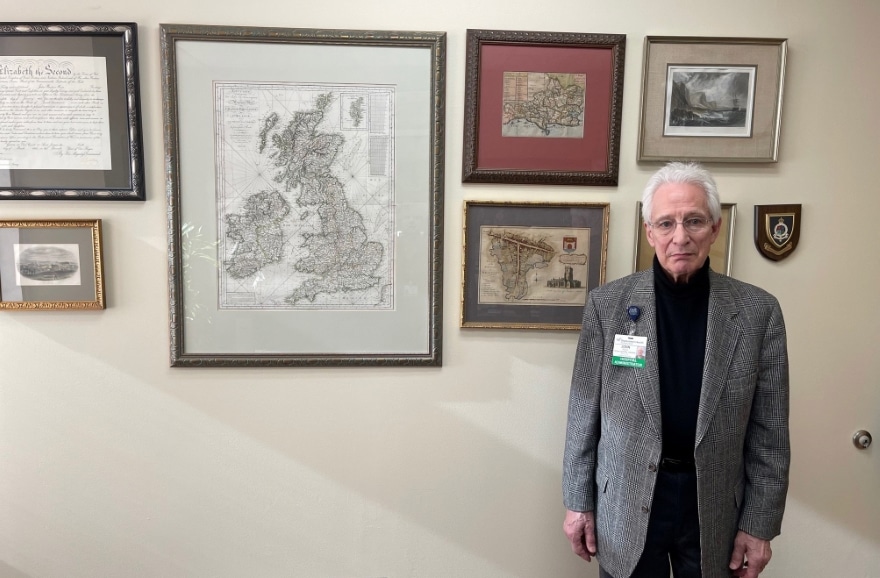 John, originally from England, stands in front of his England wall.

As of February, Doylestown was finalizing a partnership with Holy Redeemer Hospital in Meadowbrook, Pennsylvania, for a venture to increase access to cardiac and cardiothoracic surgical care for patients. The “Doylestown Health Cardiology at Rockledge in Partnership with Redeemer Health” allows more patients to access care closer to home, Reiss says.

He’s now working on a similar partnership with Grandview Health, a hospital in Sellersville, Pennsylvania, to reduce costs and improve care in overlapping service areas. As of March, Reiss says the details of the partnership were still being developed.

Doylestown also partners with Thomas Jefferson University Hospital and the Hospital of the University of Pennsylvania to provide services to Doylestown patients. Penn Radiation Oncology Doylestown allows Doylestown access to the university’s resources and doctors so it can provide more cancer services to patients. Also, Moss Rehabilitation Hospital provides an inpatient “hospital-within-a-hospital” at Doylestown.

For the past two years, Reiss says he and Doylestown staff have focused on keeping themselves and patients safe during the COVID-19 pandemic. He says physicians were quick to adopt restrictions in early 2020 and that the hospital closed admissions before it was recommended by the Centers for Disease Control and Prevention.

A committee of physicians developed a medical strategy to prevent the spread of the virus, which included testing people at the doorway before they came inside. Early on, a tent was put up in the emergency department to isolate and treat COVID-19 patients.

Reiss says it was particularly challenging to manage government mandates as they’ve been ever-changing, he says. He’s also tracked waivers the government has granted to ensure compliance. Documenting protocols and policies at the hospital reduces risk and maximizes the potential for obtaining funding, he adds. 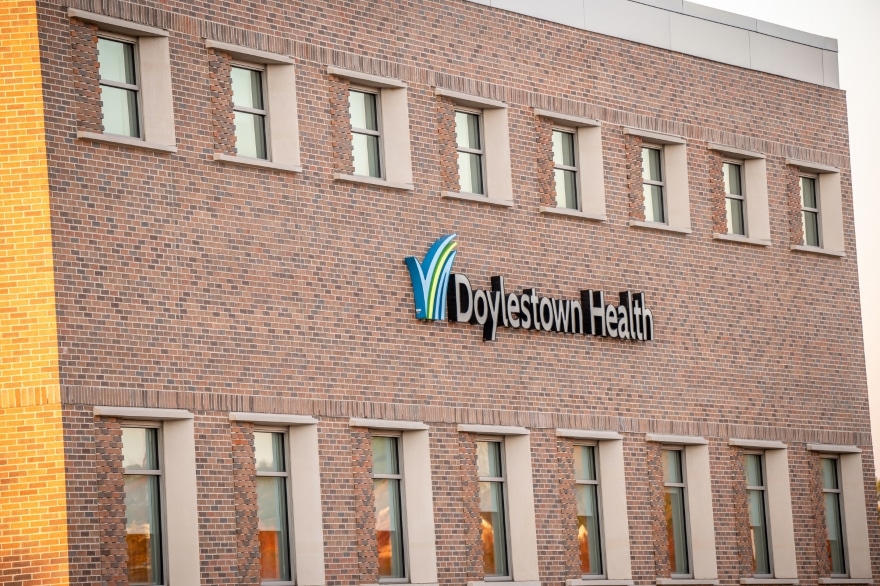 While COVID-19 has been a major disruptor, Reiss says, it hasn’t stopped the hospital from expanding and renovating in time for the hospital’s 100th anniversary next year. The organization has already built a new cardiothoracic surgery wing, a new intensive care unit and a new ambulatory facility and is now renovating its operating rooms and building a new space for the Moss Rehabilitation Hospital.

“The hospital has been a very different place since the pandemic started, but everyone has stepped up and come together to keep providing the best care for patients,” he says. “This place has excellent people at all levels.”

Being at the hospital as it prepares for a major milestone is exciting, Reiss says, and he’s grateful to have been part of its growth for nearly 30 years. He started working with Doylestown while at Dechert, Price & Rhoads, where he served as chair of the firm’s health law practice group.

After 11 years, he left the firm but retained nearly all his clients, including hospitals, pharmaceutical companies and medical device manufacturers. He joined Saul Ewing, a firm in Philadelphia, as a health law transactional and regulatory practice attorney and chaired the firm’s health law practice group. In his 20 years there, he continued to handle Doylestown’s legal affairs and helped it expand its cardiac services program. 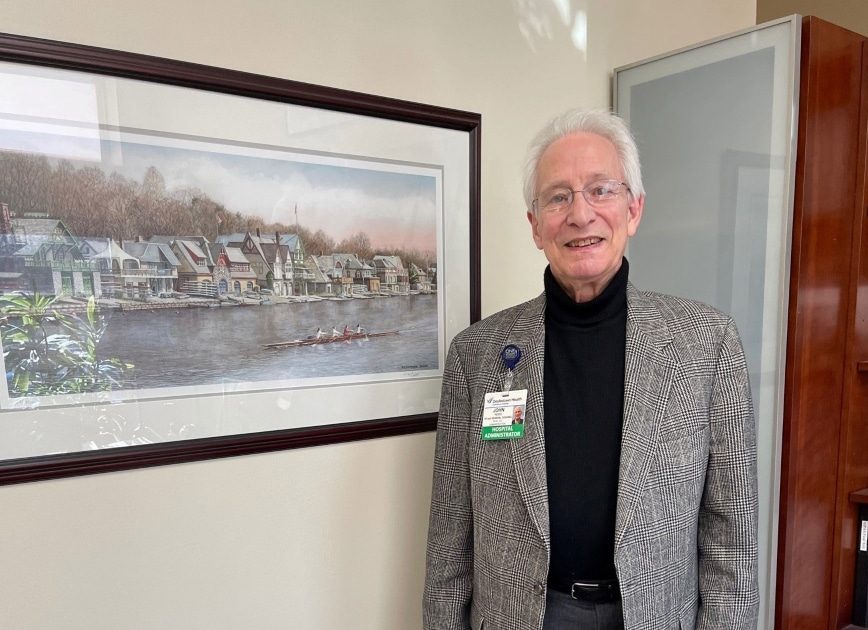 John is an avid sculler and, before the pandemic, met his crew regularly early in the morning before work to row on the Schuylkill River – the picture beside him is a scene that has meaning to him.

While Reiss spent much of his career in the legal profession, he earned a Ph.D. in economics from Washington University before later graduating from Temple University Law School. Health care has always been an interest of his, though, with Reiss beginning his career in the field in New Jersey as assistant health commissioner. Now in his 80s, Reiss says he’s happy to be in-house at Doylestown.

“It’s truly an incredible place to work,” he says. “Everyone here is focused on the same mission of taking care of patients and finding new ways to provide the highest levels of service.” 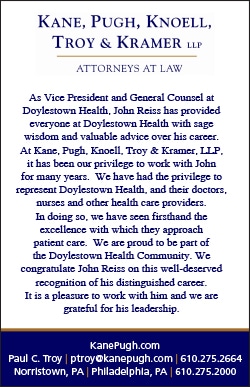 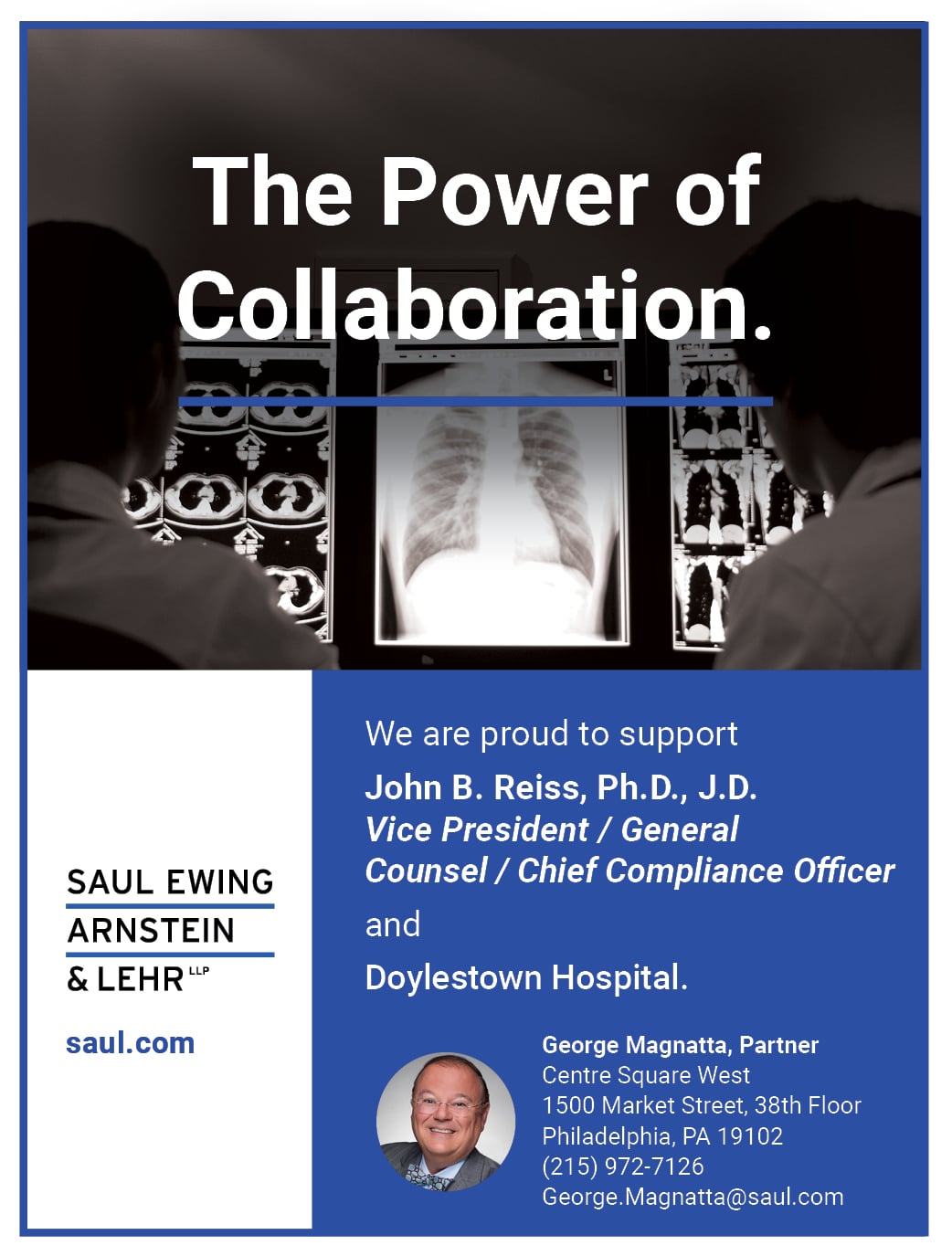 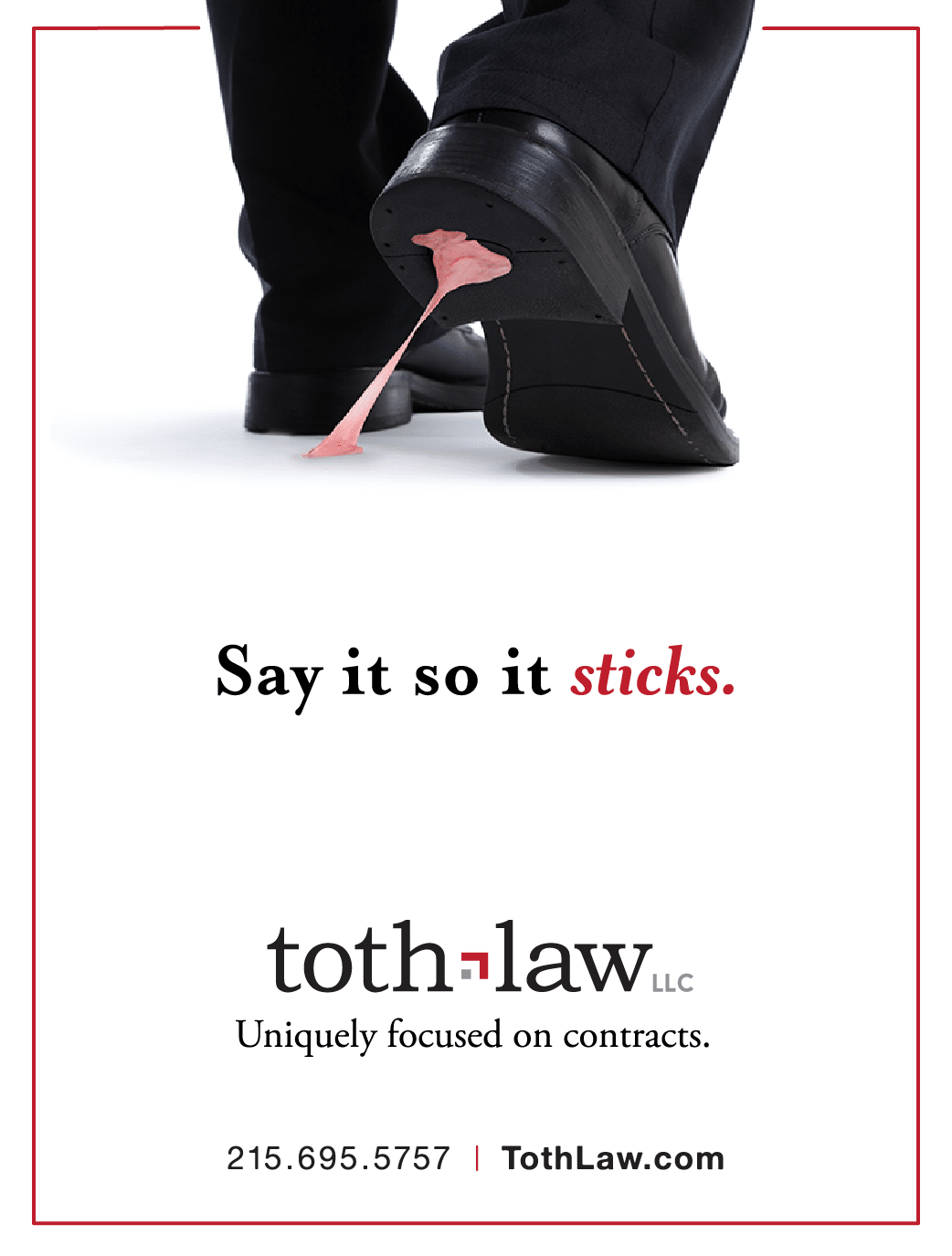