Ever a positive charge at AOL

When Julie Jacobs joined the legal staff of America Online, better known as AOL, in 2000, the internet pioneer seemed in need of the kind of jolt that an enthusiastic tech- and business-savvy person could offer.

Seventeen years later, as executive vice president and general counsel, Jacobs seems to have more than justified the faith the company put in the Georgetown Law grad who lives in the Washington, D.C., area with her husband Andrew and three young hockey-playing sons. 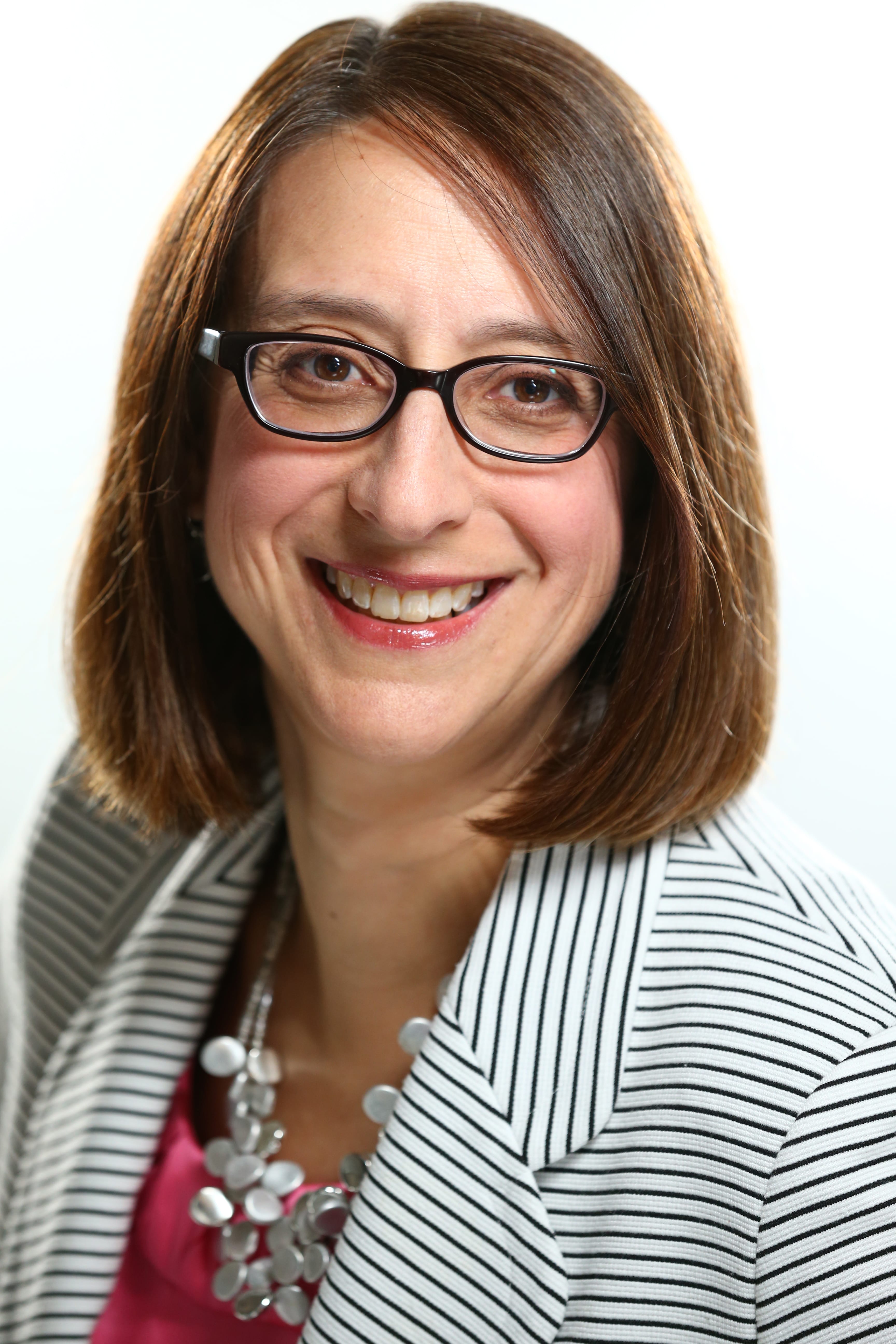 There was the role that Jacobs and her legal team played in taking AOL public in 2009, after an eight-year marriage to Time Warner ended with, as lawyers are wont to say, deep and irreconcilable differences.

There was Jacobs’ role as catalyst behind a 2012 patent transaction with Microsoft that generated more than $1 billion in stock value in a matter of hours.

There was Jacobs again ironing out the details of a $4.4 billion transaction that enabled the company to become a Verizon subsidiary in 2015.

And soon to be added to that impressive resume in the making is the consummation of AOL and Verizon’s purchase of Yahoo—a $4.5 billion transaction that’s been in the works since last year.

“I always wanted to get deeper in the strategic and business side of an operation, and found I didn’t have much opportunity to do that at a law firm,” says Jacobs, who brought to AOL her background in corporate law honed at the international firm of Milbank, Tweed, Hadley and McCloy.

She’s found that immersion at AOL, moving comfortably from legal to business and back, and anticipates sealing the Yahoo deal come summer.

Issues related to finalizing the deal with Yahoo have been resolved, assures Jacobs, adding that the multinational tech company from Sunnyvale, California, soon will be integrated with AOL under a new Verizon umbrella called Oath. Oath will house the brand portfolios of both AOL and Yahoo, enabling them to feed off each other’s strengths and likely create more growth opportunities.

“The whole idea is getting audience scale,” Jacobs says. “That’s why we believe in this acquisition.”

“The idea is to leverage these props and cross-pollinate them and continue to grow the audience,” Jacobs says.

That audience already may be the envy of competitors. The Huffington Post, recently rebranded as HuffPost, is an online news aggregator and blog that’s one of the most widely read publications in digital or print media, and won a Pulitzer Prize in 2012 for its series on wounded veterans. Scarcely a day passes when some item in it isn’t mentioned by pundits ranging from Rachel Maddow to Rush Limbaugh.

AOL’s other websites, among them TechCrunch and Engadget, have their own niches, with the former on the cutting edge of technology industry news and the latter operating 10 technology blogs. Then there’s Adap.tv, which AOL acquired for $405 million in 2013, seeing potential aplenty in its online video advertising platform.

With Yahoo in the mix, Jacobs anticipates that the Oath umbrella will be all the more far-reaching.

The Yahoo deal also represents the latest effort by Verizon and AOL to stay ahead of the curve in a multimedia world that’s in constant spin.

It’s the logical step after the telecom giant acquired AOL two years ago, shrewdly realizing that growth in mobile phone services could be limited without the vast array of content and data services that its new partner could offer. Meanwhile, AOL CEO Tim Armstrong—formerly of Google—saw long-term possibilities as a global-scale network and entrusted Jacobs with his company’s negotiations. 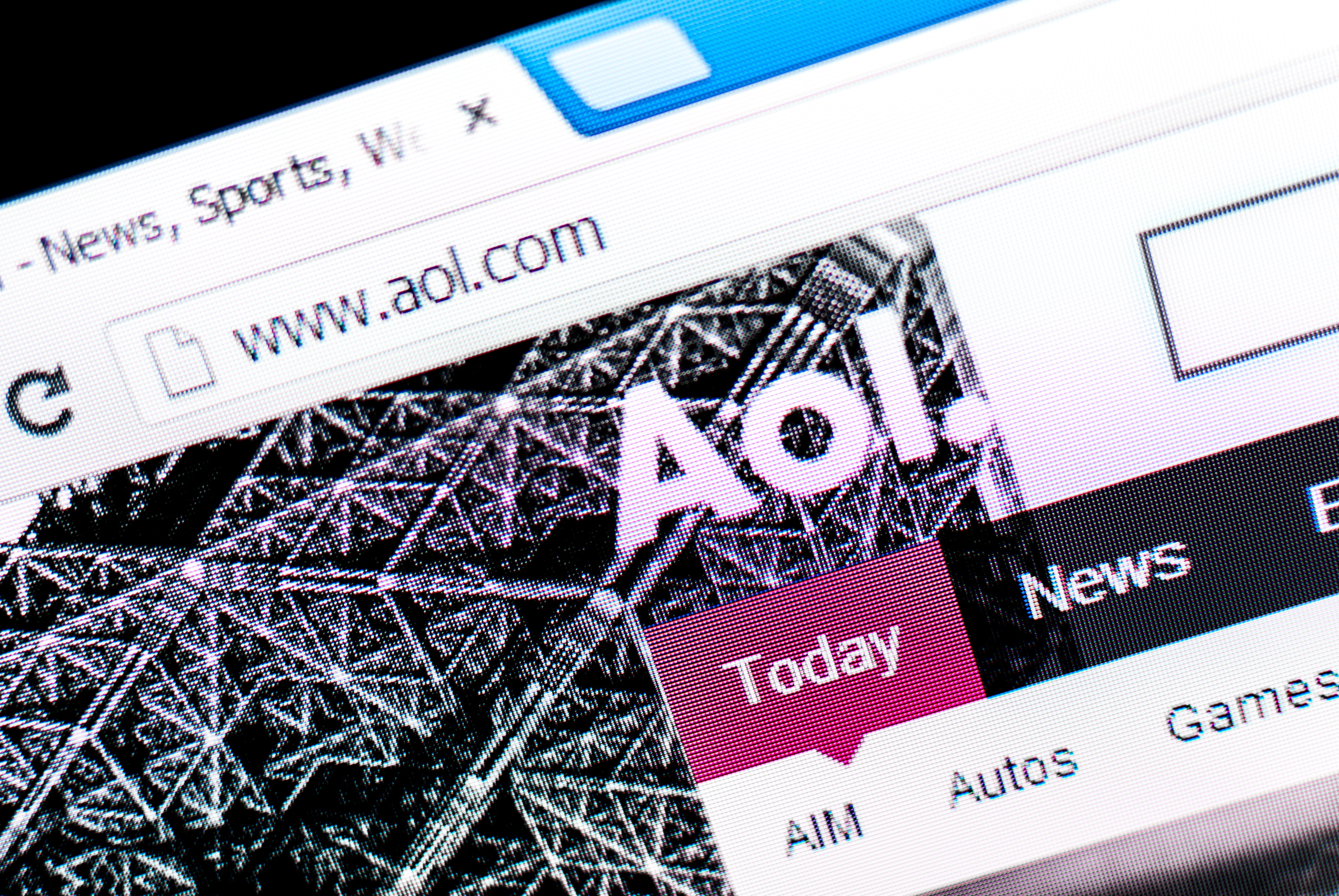 “I think it was a great transaction for AOL shareholders and for AOL and Verizon,” says Jacobs, noting that the $50 share price represented the continuation of an upward trend from the patent transaction of a few years earlier.

“Verizon was looking for content and media play, and AOL positions so well with Verizon’s assets. Now, when you bring in Yahoo, it really makes sense.”

It’s the same for other projects in which Jacobs had a strong hand. She was instrumental in gauging the value of AOL’s patents from the early 2000s that relate to what every mapping and driving app does today. AOL had been such an early player in that industry that it might not have fully recognized the potential until Jacobs sat down with the company brass and crunched some serious numbers.

“The best way to value it is through the auction process,” Jacobs remembers telling her bosses. Right she was: When Microsoft bought over 800 of those patents on April 9, 2012, for $1.1 billion, AOL’s stock soared 43 percent, closing at $26.40 at day’s end.

CNNMoney might have said it best: “The deal represents a coup for everyone not named Google.”

A few weeks later, Facebook bought some 300 of those patents from Microsoft, further underscoring the extent of a veritable arms race for whatever might enhance the functions of a smartphone or tablet. With content development something within the realm of many young people, Jacobs says the possibilities seem endless.

Jacobs never said she brought a Midas touch to AOL, but she does take credit for implementing the POC SME model in her legal team comprised of 85 lawyers, paralegals and support staff—the large size necessitated by an industry made more and more complex by issues of copyright infringement, patent protection, online security and intellectual properties.

Julie Jacobs never claimed to bring a Midas touch to AOL, but much of what she’s handled in her role as general counsel has turned to virtual gold.

POC stands for Points Of Contact and SME for Subject Matter Expert, Jacobs explains. Each business leader is expected to spot issues before they become problems and have a POC, a point of contact lawyer who, in medical terms, can be perceived as a general practitioner. Should that lawyer be approached with a more specialized matter—perhaps trademark infringement—he or she would consult with the SME.

Those aren’t the only relationships Jacobs likes to build. When not immersed in AOL and Verizon, she’s active with DirectWomen, a national nonprofit that seeks to diversify corporate boards.

Then there’s her role as a hockey mom, for which a man named Ted Leonsis can be blessed or blamed. The majority owner of the Washington Capitals, Leonsis used to hand out hockey tickets some years ago when he was an AOL senior executive.

Jacobs’ family benefited from his generosity, but now she notes the hidden cost to those free tickets, which aroused passion in the game among her sons. Hockey equipment is expensive and fast outgrown. Further costs accrue for ice time and travel. And with the Capitals among the NHL’s elite, the price of tickets has soared.

“Maybe Ted knew what he was doing when he was handing out those tickets,” Jacobs says with a chuckle.

And obviously, AOL knew what it was doing when it brought Jacobs aboard back in 2000. 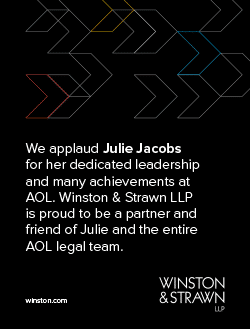 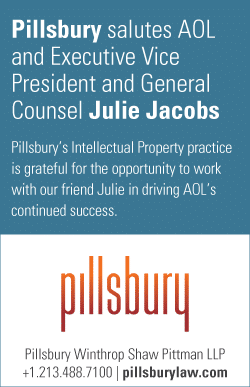