Larry Webb took a gamble when he hired the first in-house counsel for New Home Co., but then he’d already started a residential construction company in 2009 at the height of the Great Recession and that was paying off.

So, in 2015, on the advice of Chief Financial Officer John Stephens, hired after New Home went public in 2014, Webb agreed it was time for legal operations to come in-house. 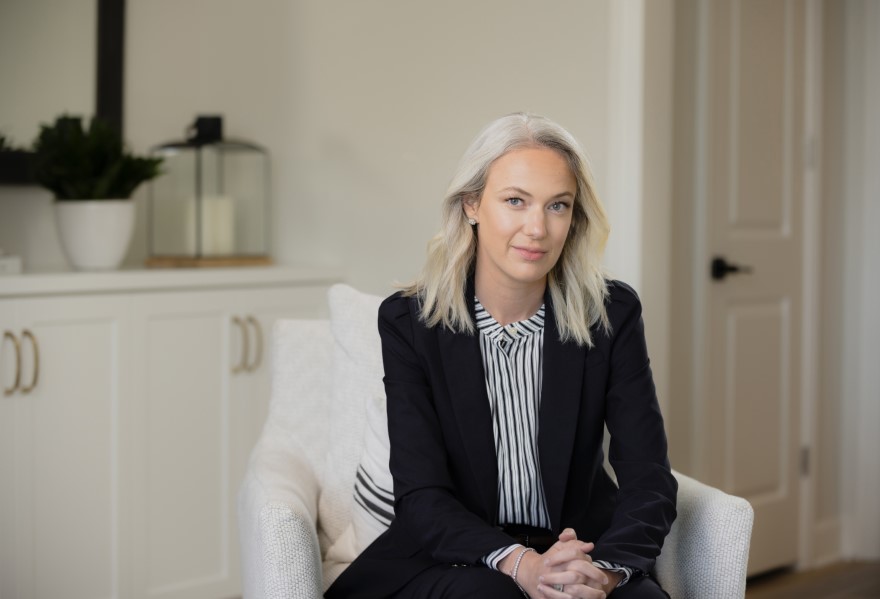 In January 2016, Miek Harbur was named general counsel and corporate secretary, bringing with her the corporate and securities experience needed to oversee legal affairs and reporting for the publicly held company.

“It’s a testament to Larry Webb, who put his faith in me when others might have passed, because I was only 29,” Harbur says. “That’s young for a general counsel, but this company has an entrepreneurial spirit and they’ve taken time to invest in women.”

Though Harbur may have initially been hired primarily to handle New Home’s U.S. Securities and Exchange Commission reporting and corporate governance, she’s got an entrepreneurial spirit of her own. Taking thoughtful and deliberate steps, she’s expanded her role to oversee legal and risk management within the organization—and become a trusted advisor.

“From the minute I met Miek, I knew she was a perfect fit for the New Home Co.,” say Webb, now the executive chairman. “She combines a brilliant mind with an incredible alignment to our company values.”

Despite any perceptions about her relative youth, Harbur was ready for her opportunity to grow into the role. 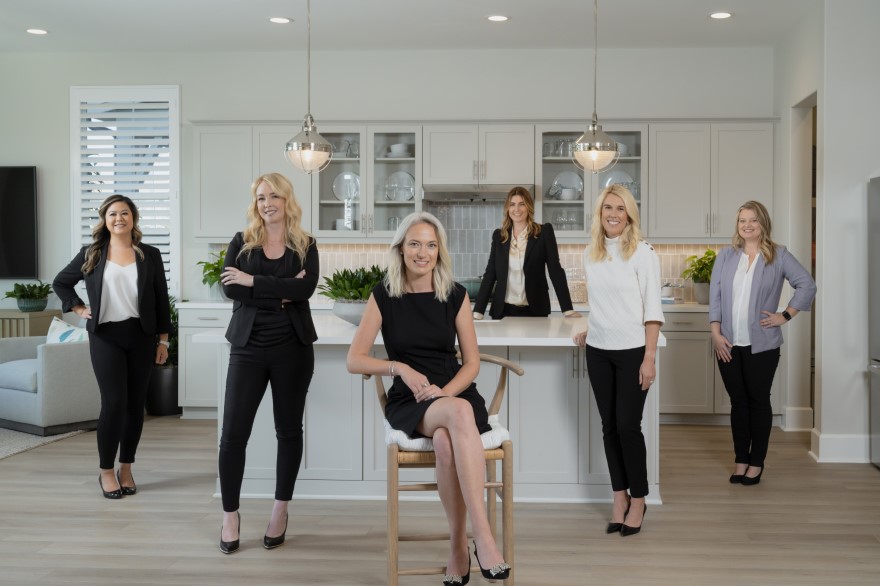 “I think one of the major things that drew Larry and John was they could tell I was driven and thoughtful,” Harbur says. “I also had a very broad range of experience for a corporate lawyer including mergers and acquisitions, securities and corporate governance, and joint venture formations.”

While her first area of focus was to streamline New Home’s approach to board governance and SEC filings, she quickly realized that developing a meaningful risk management program was critically important for the organization.

“She is so thoughtful in how she goes about her business and it has been an absolute pleasure to work with her and watch her grow,” Stephens says. “She has a positive, can-do attitude that has earned the respect of the entire senior management team as well as the board.” 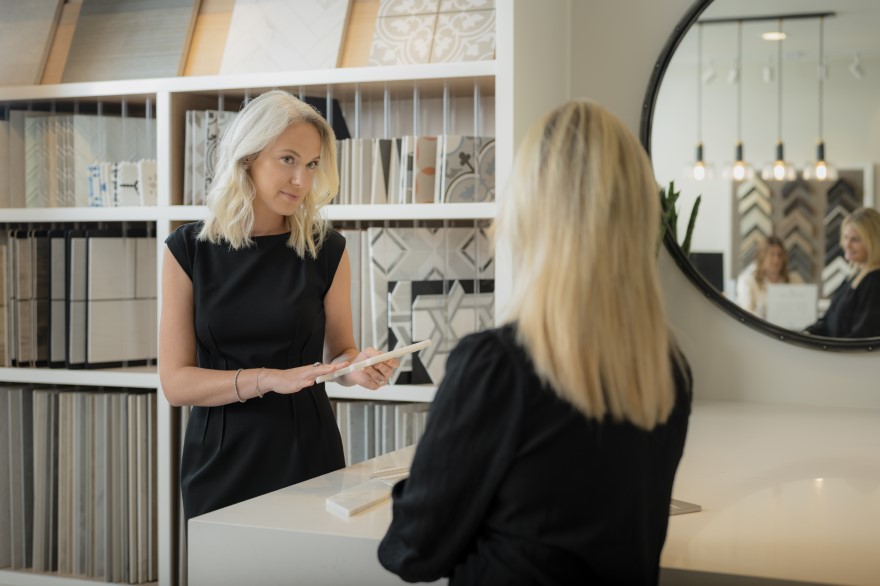 Early in her tenure, the company faced a complicated claim where the breadth of insurance coverage was a key issue. Harbur was able to call on Newmeyer & Dillion LLP, who represent homebuilders in insurance coverage disputes. With Newmeyer’s help, the company structured a creative settlement with its carriers and the plaintiffs. The claim opened Harbur’s eyes to the need for a comprehensive approach to risk management and she’s since built a risk department that oversees claims, insurance and safety.

“There are several key considerations, agreements and procedures that need to take place to ensure that what is actually happening in the field is covered by the insurance you pay for,” Harbur explains.

So with help again from Newmeyer & Dillion, Harbur not only learned how to understand and negotiate the proper insurance for New Home’s projects, she also analyzed claims the company had faced and created a practical and comprehensive approach to risk management, including operational trainings.

This makes her a key advisor to New Home’s land committee in underwriting its real estate transactions. In one case, she negotiated to meaningfully increase insurance coverage for a fee building transaction which ended up protecting the company from undue construction exposure for prior completed operations in that community. 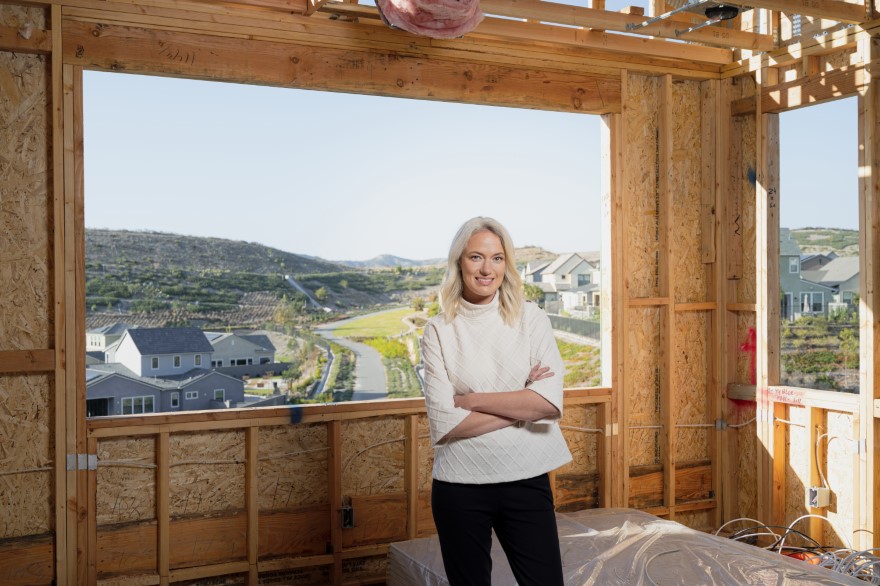 “On a typical day, I will handle everything from answering a governance question from a board member, reviewing a trade contract, working on a joint venture buyout, interpreting a credit agreement covenant, analyzing a disclosure obligation with our CFO and fielding an employment issue from our people department,” Harbur explains. “I’m engaged with all facets of our business. I love it.”

Though COVID-19 shook the residential construction industry at first, New Home was part of an essential industry that did not shut down in response to the pandemic.

“Miek played a critical role in helping New Home navigate this uncertain time,” says CEO Leonard Miller. “She combined legal analysis with her knowledge of our business to craft practical guidance for our team members. She is a big-picture thinker while equally able to get the details right.”

Despite this being a male-dominated industry, Harbur notes that many of New Home’s officers are women and she says Chief Marketing Officer Joan Marcus Webb has been a welcome executive voice for perspectives.

Webb founded an annual Women’s Leadership Conference in 2015 that New Home sponsors in partnership with the Building Industry Association’s Orange County, California, chapter to foster opportunities and growth for women leaders in the industry. 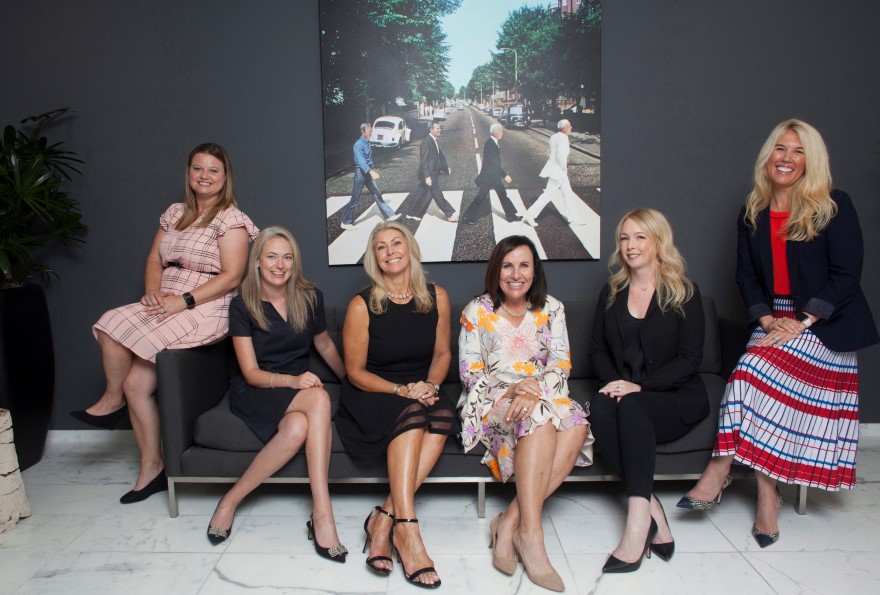 The encouragement and growth Harbur enjoys at New Home have not always been part of her professional life, she adds.

“I’ve found that there still aren’t many women in corporate law,” she says. “When you’re often the only woman in the room, you do feel like you have to work a little harder to prove yourself.”

Born in Belgium, Harbur moved with her family to the United States when she was an infant. Intrigued by how the mind motivates people, she earned her bachelor’s degree in psychology at Emory University in 2008.

She also found a way to incorporate those interests in law, because negotiations can be as much about reading the people across the table as the legalities, Harbur says. She earned her JD at UCLA School of Law in 2011. Shortly after graduation she became a corporate associate at the firm of Gibson, Dunn & Crutcher. 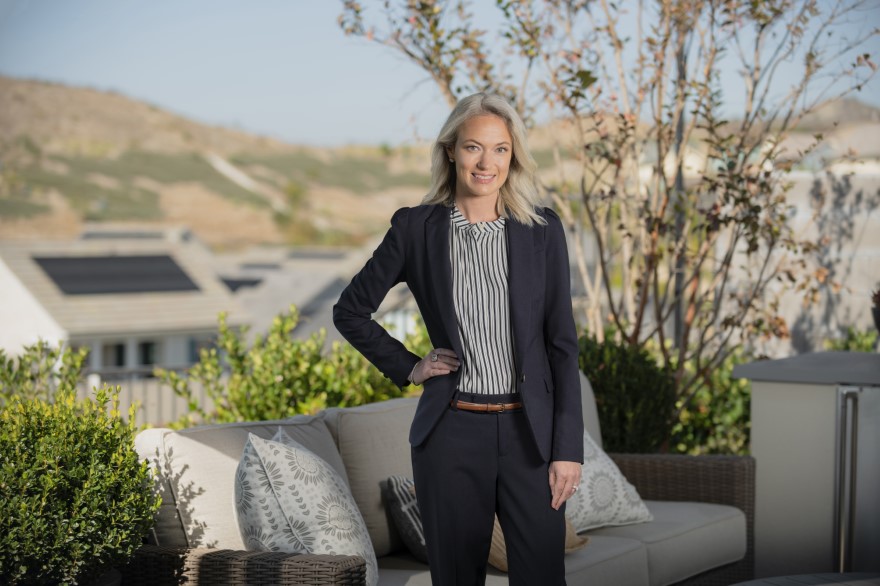 While there, Harbur worked on an array of transactional matters, including helping companies go public and sell their businesses, which often required her to learn new subjects in a short time frame. As much as she enjoyed her time as an associate at Gibson Dunn, she wouldn’t trade it for her current role.

“Larry Webb often says that homebuilding is a noble business. We help people build better lives and I have the honor of supporting the people who build that dream for our homebuyers,” Harbur says. “The best part of being in-house is the in-depth knowledge you build about your one and only client. You are able to use your legal knowledge to improve the business as well as manage its risk at an enterprise level, and you are there to appreciate the results. It’s so gratifying.” 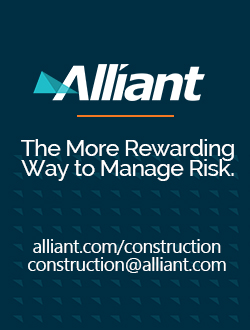 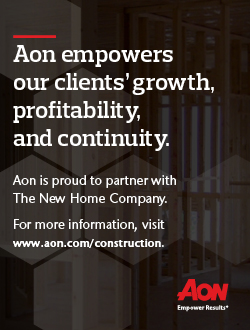 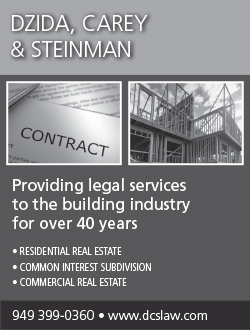 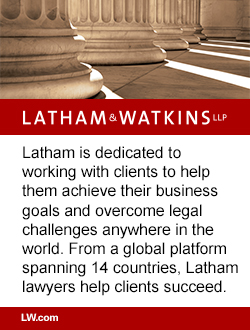 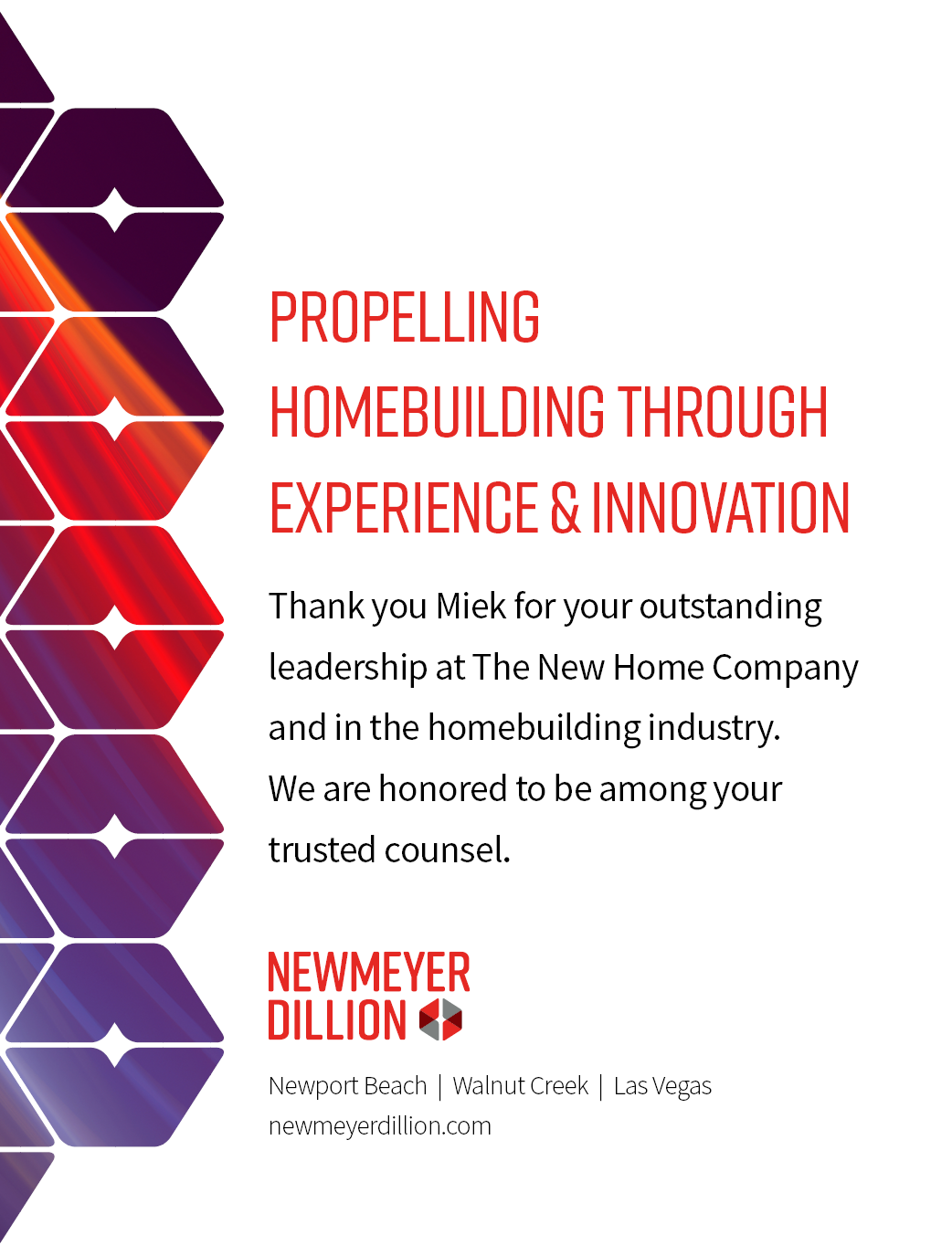 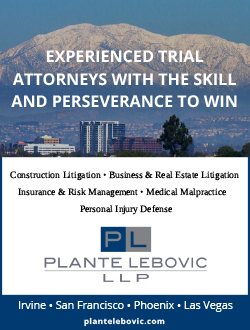