A builder at heart

Real estate law being Christopher Moles’ stock in trade, he had minimal experience on the mergers-and-acquisitions front in 2014. That necessitated some fast learning, as his employer of the previous four years—a then modest but ambitious Silicon Valley brokerage house—had agreed to be absorbed by an industry heavyweight.

There were no guarantees that the then 31-year-old general counsel would be retained once Intero Real Estate Services became part of HomeServices of America Inc., a Berkshire Hathaway affiliate as well as the nation’s largest real estate company. Moles would just carry out his responsibilities as best he could and adjust to the outcome. 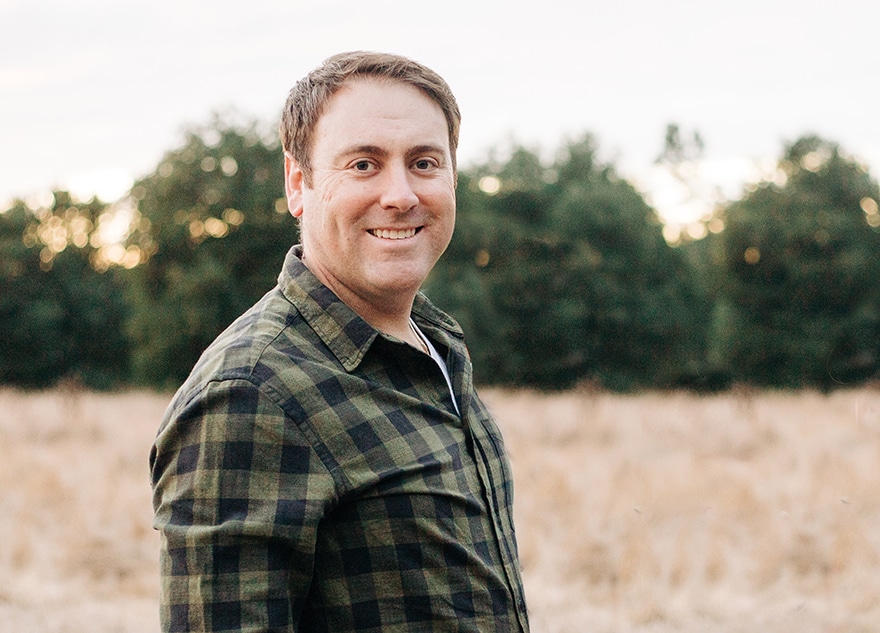 “Whatever became of me personally, I just wanted to help push the deal through,” the cordial Moles tells Vanguard in November from his office in Cupertino, California. “This would be a new experience for me, and I’d have to read and reread every page of a large contract with so many complicated terms. But however the deal sorted out, I could say for the rest of my life that I had done a major merger and acquisition.”

He can say that and much more, Moles indeed being kept in the role of legal boss for the company since rebranded as Intero, a Berkshire Hathaway affiliate. And he’s been a big part of Intero’s growth since that historic and career-enhancing transaction.

A foundation and more

Moles had done much to lay the foundation that made Intero such an attractive prospect for acquisition. For it seemed anything but that in 2010, back when Moles was outside counsel to Intero as a first-year associate with the Menekshe Law Firm in Los Gatos.

“When I came in, this place was hemorraging money,” recalls Moles, who joined Intero as corporate counsel and was promoted two years later. “The outside legal costs were huge, and I made it a priority to resolve claims in-house. After my first year I had saved the company $1 million, and that was a big nut for us at the time.”

Acting upon Moles’ advice, mediation rather than litigation became the primary modus operandi for settling disputes. He’d also spend many hours poring over California’s real estate rules and regulations, arguably the nation’s most challenging for compliance. 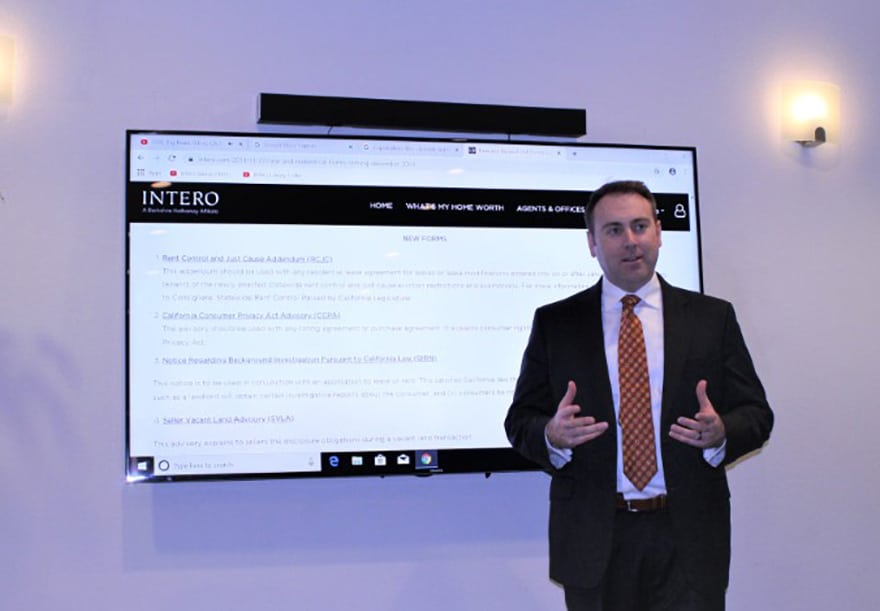 “Here I was, Nebraska trained and dealing with matters you don’t see in too many states other than here,” the 2009 Creighton University law and MBA graduate says with a laugh. “Here there’s a massive bureaucracy that will send a citation to a realtor who doesn’t have a contractor’s license just for advising a client to fix up their house. Yet the state keeps imposing more regulations that make it harder for a builder and, meanwhile, a lot of people are looking for property.”

But the other side of that coin is that for companies that stay in the regulatory boards’ good graces, there is opportunity to prosper. Intero is doing just that.

The company had just 15 franchises when Moles came aboard. Now, it can boast 55, most in California but a few others in Nevada, Texas, Alabama and Tennessee. As Moles explains, many of them were mom-and-pop operations that saw the greater potential of affiliating with an industry leader and all the amenities Intero had to offer.

“We have salespeople knocking on doors to get brokerages to brand with us, and my role is just to help make these deals happen,” Moles says. “If I have to work an addendum to make the deal work, I will. I’ve been very flexible. If a franchisee wants to make a deal but our offering needs compromise, I’m willing to try.”

He’s also been adept at juggling high-stakes assignments. Around the time Moles was commencing with Intero being acquired, he was helping to fashion a joint venture with Santa Ana-based Orange Coast Title Company. That arrangement has enabled a one-stop title search, among other product offerings, and both firms are considering high-tech tools to further streamline an often frustrating process for clients and franchise partners. 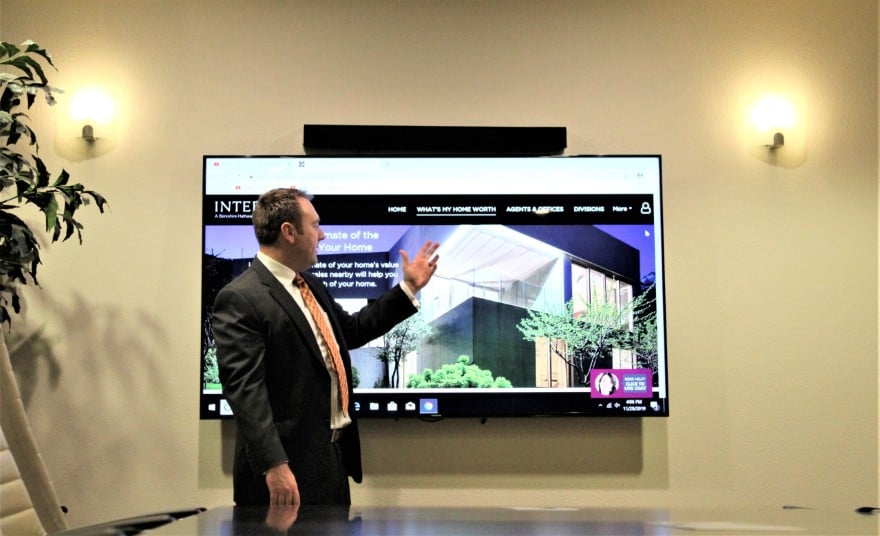 He’s also helped establish a stand-alone brokerage, Intero Referral Services Inc.; separate divisions for developmental and commercial properties; and the upcoming launch of a full-service program with the Zoom Casa concierge platform to help finance pre-sale construction and renovations. This year, on his watch, Intero has expanded its brokerage operations into Nevada where it has established revenue generating marketing arrangements with multiple home warranty companies. Intero has also acquired a couple of small-market competitors and has roped in dozens of other offices.

To Moles, all the aforementioned achievements are among the benefits of being in-house: Cooperation instead of contentiousness among parties.

“At the firms you’ve got these lawyers who excel at fighting,” he says. “I respect that, but would rather be the one who puts deals together.”

To advance that process, it’s essential to know one’s business, and Moles does—his academic credentials bolstered by a real estate license as well as some hands-on experience when it comes to hammers and nails. A married father of 3-year-old Luke and infant Gwen, the now 36-year-old Moles might pursue buying and selling fixer-uppers should time allow, but for now his to-do list seems long enough. 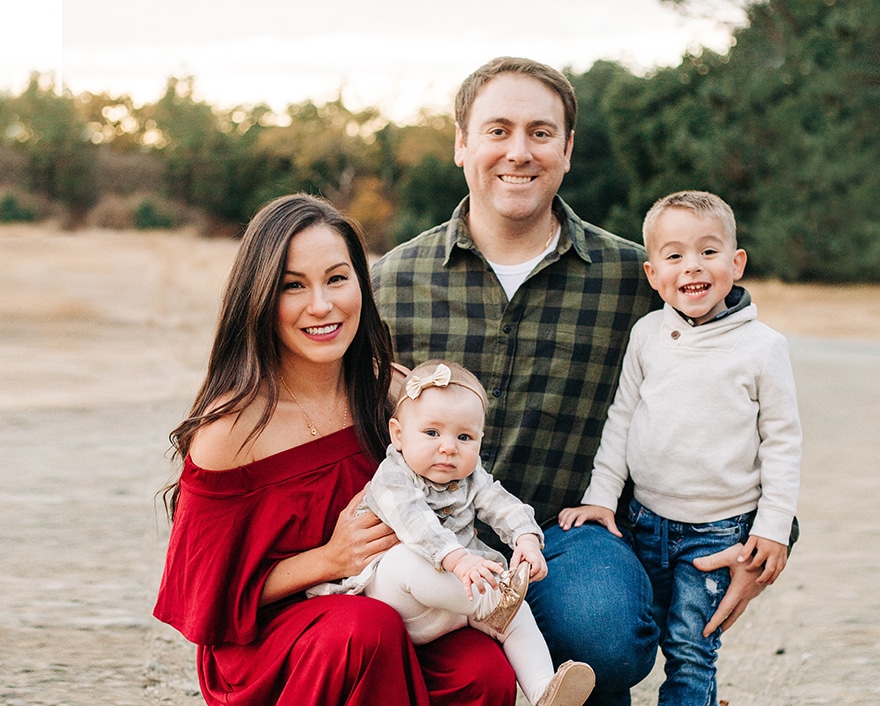 For Intero is intent on growing, and Moles’ responsibilities transcend legal and flow into overall management. California being a huge administrative state, Gov. Gavin Newsom has recently signed a dozen real estate-related bills that stand to affect Intero and its partners and clients.

But the Nebraska-trained Moles wasn’t a California neophyte when he came to Menekshe Law Firm for the short spell that preceded Intero. Prior to simultaneously earning that juris doctorate and MBA from Creighton, he had earned a bachelor’s in poli-sci from California Polytechnic State University-San Luis Obispo.

That proved a foundation of sorts for what was to come, albeit one that Moles has had to consistently build upon. But when your business is real estate, that’s only to be expected. 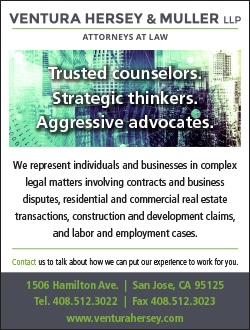