In tune with a musician’s legal and business needs

“Little Radio,” her mother called Renata Loyola when she was growing up in Brazil.

For the girl liked to sing.

Didn’t matter the genre, be it rock, blues, folk, classical, electronic, jazz or whatever. Rolling Stones, Beatles, Creedence Clearwater Revival, Florence and the Machine, Avicii—all those airwave staples enthralled her. She’d learn the lyrics by listening and then belt them out. 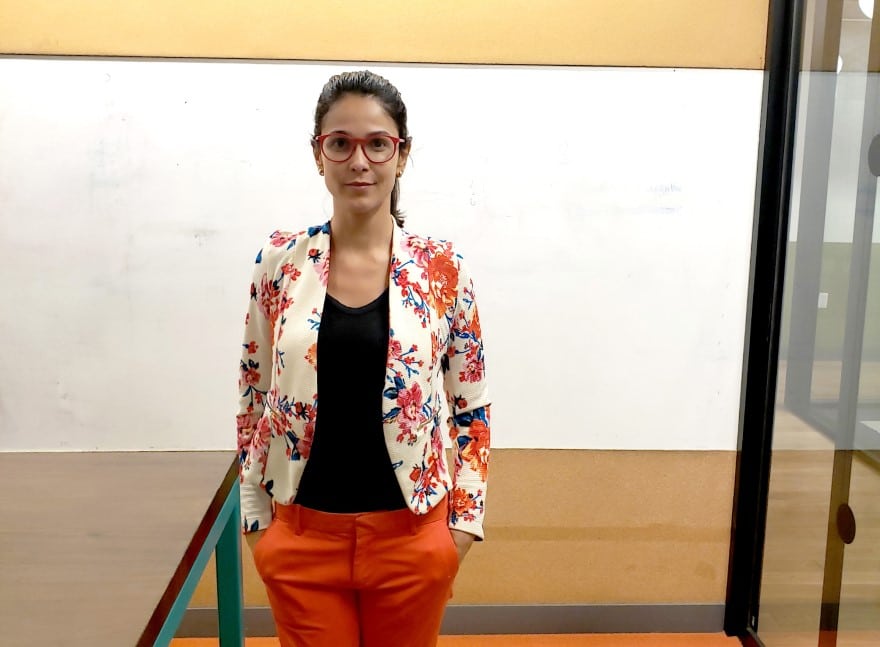 By her own admission, badly, and she laughingly says the decades since haven’t done much to polish a voice that is best kept in the shower.

Head of the legal department, business affairs and human resources for the music tech platform Bquate since July 2018, the 38-year-old lively and personable Loyola is no one-hit wonder for this Mexico City-based branch of a North American company that calls itself a much-needed digital disrupter in the music industry.

Song can remain the same

Since that first black vinyl disc was pressed, tales abound of an urgency for transparency, which Loyola emphasizes is among the Bquate bedrock values that she intends to further with a mix of legal and business skills as well as her desire to do right by the artists.

“We’re now enabling the independent community to be truly independent A through Z,” she tells Vanguard this past December. “We are able to scale their company beyond their roster by sourcing, onboarding and monetizing the projects of top performing and promising artists.” 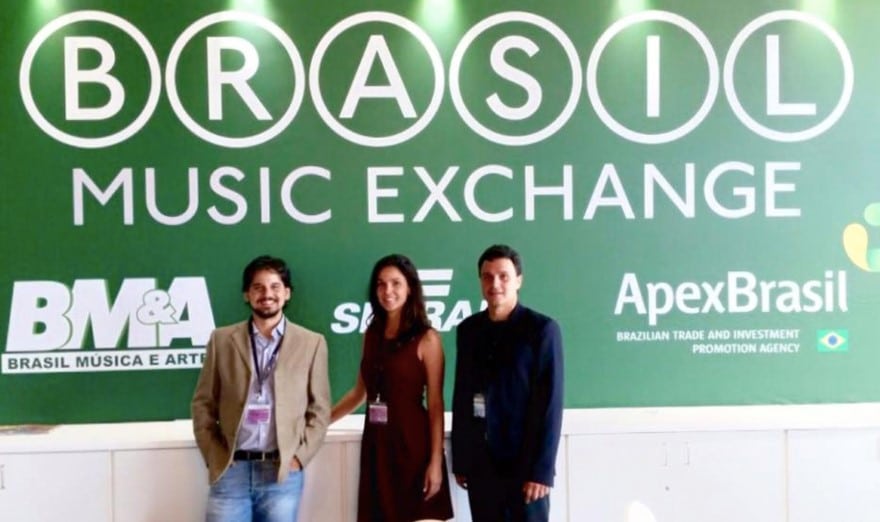 Bquate is the company striving to grow the traditional independent label into a full-service digital powerhouse, Loyola goes on to say, highlighting its means to empower music companies. Royalties can be duly tracked through technology and partnerships with collection societies and digital and video platforms. The firm also has the means to protect clients’ rights worldwide.

As Loyola collaborates with the product tech and business teams, more methods are conceived to give primary power to whomever it most belongs—and sometimes that can take extra effort.

The hills of Peru are indeed alive with the sound of music, and the same can be said of the flatlands and forests of so many parts of Latin America.

“Only some artists may not have a clue as to how their music is being played,” Loyola laments. “They’re gifted, but sometimes naïve about the music industry—the streams of songs, the YouTubes and uncountable entertainment digital platforms. It’s magic to me when I can get them the recognition they deserve.” 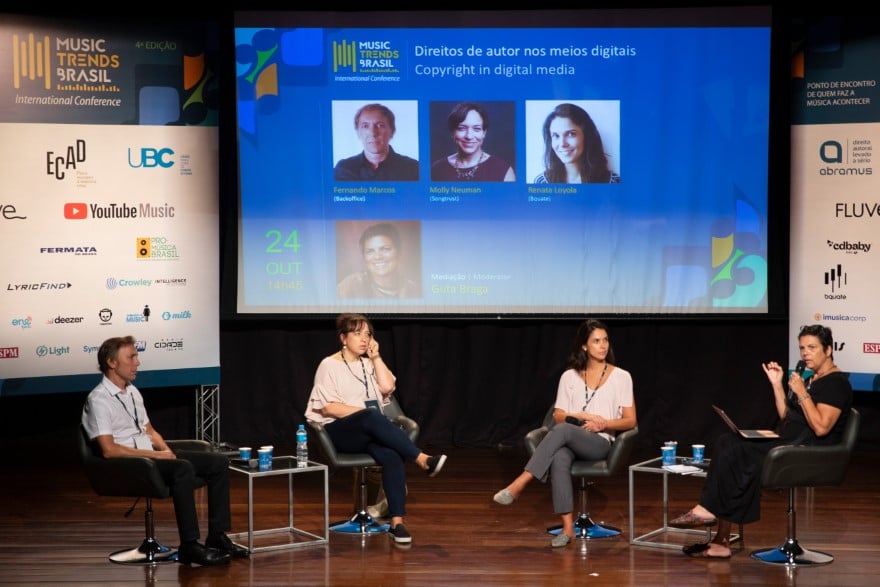 Loyola also understands when those artists are suspicious, even cynical, about the music business. As the digital music industry was being consolidated, she worked in iMusica S.A. and can recall multiple cases where the songs of talented artists were played for free and they were none the wiser. Such stories have a way of getting around and even besmirching the reputations of honest operators.

Top-class knowledge was acquired by Loyola, once leading the Latin America legal team in Spotify from her home. She had to be traveling one-third of her working time and never regretted it. On the contrary, “I keep counting my blessings,” she admits.

A few years ago, as head of legal and business affairs for Universal Music Mexico, she recalls an artist who was reluctant to sign an industry-standard contract because he had issues with the other party. They were just about to record a performance and she conceded to have it done before the deal was formalized.

“The nerves were off the edge,” she explains. 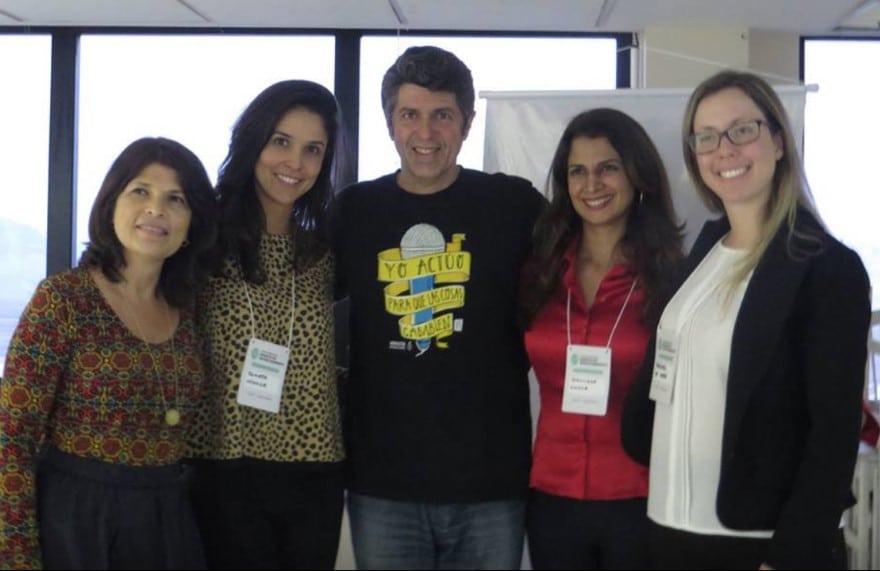 Fortunately, after that artist performed to the acclaim of a packed venue, Loyola met backstage with him and his manager and assured them the deal would be on the up and up.

“OK lawyer, you can have me signing anything you want,” Loyola was told prior to a contract being inked and a champagne bottle uncorked. Everyone is still happy with the arrangement, she says, and it’s just one example of collaboration being preferable to confrontation.

“You can’t just protect your side,” she says. “If you do, you’ll never find the optimal point, and it’ll probably backfire when it’s time to renew the deal. I use emotional intelligence combined with empathy to find that optimal point.”

Schooled in all areas

She’ll also continue to learn, Loyola having completed so many courses remotely and in person since earning her law degree.

In January, she began a course in iCloud, as cloud storage and computing services are certain to be of more importance to Bquate as its roster expands beyond the 5,000 artists now in the fold.

Last year she completed numerous remote courses, including one on copyright law from Boston’s esteemed Berklee College of Music and several others on marketing, technology and data protection. And that J.D. has been enhanced with a master’s in entertainment law from Universidade do Estado do Rio de Janeiro, as well as a LL.M. in corporate law from Ibmec Business School. 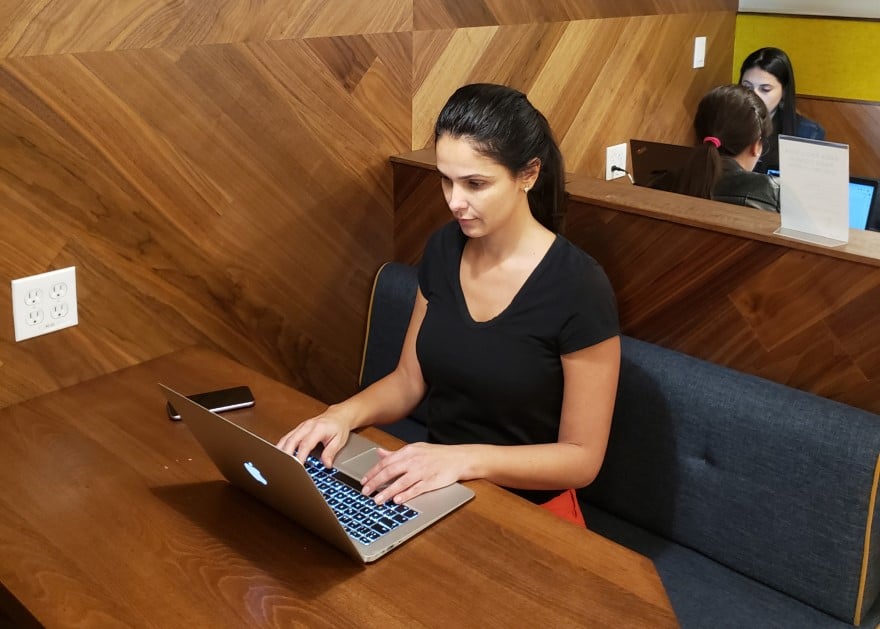 “Yes, I am proud to be a nerd,” she says, her statement again punctuated by a laugh. “I love to learn, and not just about law. It’s so essential to be well-rounded.”

For the music business will continue to evolve and Loyola is intent on staying ahead of the curve. Furthermore, she is just where she wants to be and—unlike so many performers—there is no shelf life for one in her position.

“To be in the music industry and around all these talented people, it’s the best job I could have asked for,” Loyola says with no static in her upbeat voice.