She was just eight years old, but Bonnie Huber Porzio’s first trip to a courtroom in Nassau County, New York, with her grandfather was unforgettable—from being invited “backstage” into the chambers of their family friend who was a judge, to getting to sit on the bench and hold a gavel. There and then she knew exactly what she wanted to be.

While she is not a judge (yet), Porzio, a successful corporate attorney, does hold court—in the male-dominated world of cement mixers, sewer mains and complex infrastructure projects. This Long Island native and mother of two is the first general counsel of Triumph Construction, a position she has held since 2010. 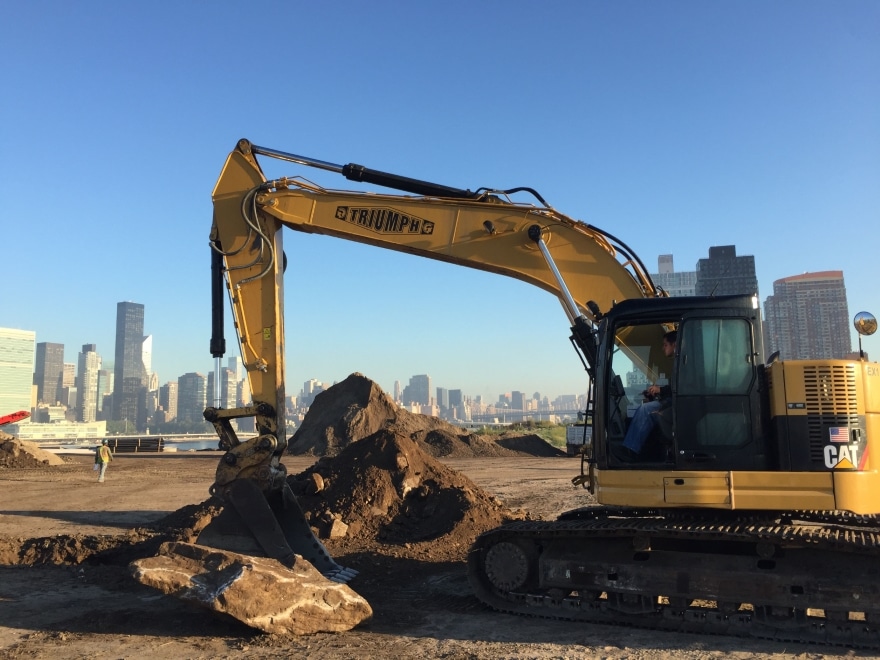 A multimillion dollar construction firm in the Bronx celebrating its 20th anniversary, Triumph Construction serves the New York metropolitan area as a major utility contractor for both the public and private sectors. According to Porzio, the fact that Triumph Construction hired a woman as general counsel is not surprising if you know the company.

“I’m proud to say that there are several senior-level female executives here who play a key role in our success,” she points out, “including our controller, payroll specialist and procurement manager. It’s a testament to the company’s practice of making ability the only prerequisite for a job. At Triumph, nothing else matters when hiring.”

In Porzio’s case, she came to Triumph with 10 years of litigation experience as an associate at Rivkin Radler, one of Long Island’s leading law firms.

“I didn’t bring considerable construction experience to the position, but I knew law and I knew how to establish systems,” she says. “At that point, Triumph didn’t have an in-house attorney. The company was growing and they trusted my confidence and ability to get the job done. It’s been a great fit.”

When the phone rings at Triumph—which counts approximately 350 employees and logs in $150 million in revenues annually—it’s typically people calling for help to tear the city apart and put it all back together again for large infrastructure and restoration projects, historic renovations and construction of pedestrian plazas to name a few. The scope of a single project can be huge: think of walking 10 city blocks to the north and then turning five blocks east. You get the picture. Porzio says getting a coveted contract with the New York City Department of Design and Construction or the City’s Economic Development Corp. is monumental—from drafting all the details and contingencies to a plethora of unforeseen circumstances.

“But it’s always worth it,” she’s quick to add, mentioning recent projects ranging from the replacement of the underground facilities, roads, curbs and sidewalks in Coney Island; to the installation of bus shelters and newsstands throughout the five boroughs; to serving as a utility contractor for the recently-opened Hudson Yards, the largest private real estate development in the United States by square footage. Triumph is also currently engaged in the installation of LinkNYC, the largest and fastest free public Wi-Fi network in the world.

“Projects can last for two days or for years,” she explains. “There are many moving pieces and parts. I never thought I would be involved in these kinds of projects but it’s fascinating. No day and no project is ever the same.”

Porzio says in-house counsel wasn’t the only position absent at Triumph when she joined. For more than a decade, there was no advertising, no human resources department and no website. Triumph Construction Founder and President Carlo Cuzzi is a self-made businessman whose reputation for quality work carried the firm far, she explains.

“We were doing great in the field,” Porzio says, “but our in-house resources were lacking. I began working with others to identify areas and departments that needed attention. Getting our house in order would allow us to tackle the manpower and logistics challenges that come with larger projects.” 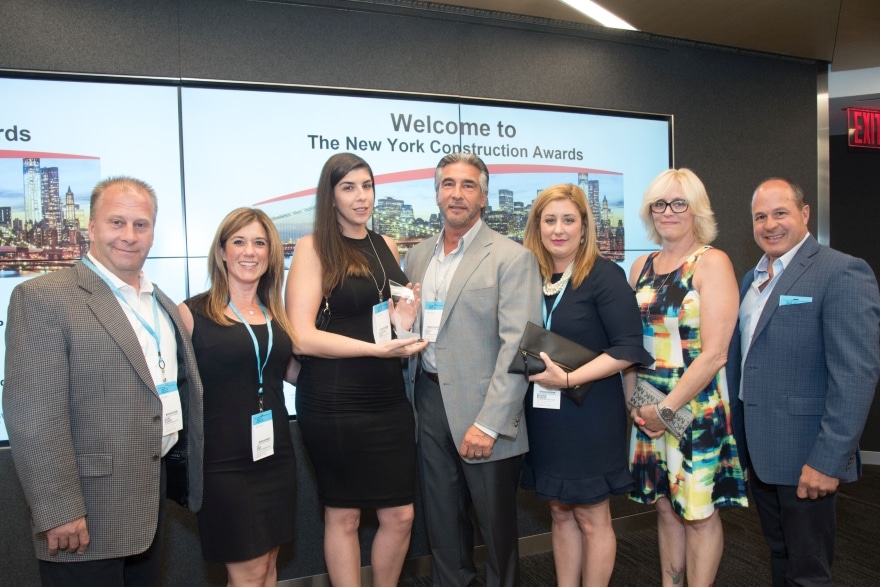 Porzio, who received her law degree from Hofstra University School of Law, immersed herself in bringing human resources up to speed, including crafting a handbook to ensure the company was following labor laws on the city, state and federal levels. The position is so encompassing it’s a 60-40 split between her time as a lawyer and human resource manager.

“I wear many hats at Triumph,” she says, “including risk and compliance manager, liaison with our insurance companies, marketing coordinator and, of course, counsel. In a typical week I’ll help negotiate contracts, attend legal proceedings, educate myself about the complex world of insurance coverage or handle a workers’ compensation issue. Before I came on board, all of that had been outsourced—or didn’t exist.”

It’s all in the details

When she arrived at Triumph, Porzio found the nature of construction work to be “a handshake kind of business” where decisions made in the field didn’t always translate to necessary “risk transfer.”

“The single most important job that I have at Triumph is to make sure that we have the appropriate risk transfer in place with anyone that steps foot on our jobsite. This does not always make me popular with field personnel who needed to get the job done yesterday.”

As Porzio explains it, Triumph laborers are often working under pressure with heavy workloads and strict deadlines dictated by the contract.

“Potential liability three years down the road isn’t always the focus of a field supervisor. It is my job to bring structure to the situation.”

And what does she do when she’s not learning about the depth at which a new water main should be buried?

“I’m devoted to my children, my husband and our black Labrador Retriever,” Porzio says. “I love Triumph Construction and feel inspired to come to work every day, but you have to strike a balance and make time for what matters most to you.”

Part of that balance includes working on behalf of several not-for-profits, including serving on the board of directors of the Girl Scouts of Nassau County and the board of directors of Pet Peeves, a non-profit umbrella organization that raises funds and awareness for Long Island’s struggling animal shelters and rescue groups. Porzio has also served as school board president—among other positions—at St. Thomas the Apostle School in West Hempstead, New York.

“Whether in her role as general counsel at Triumph, or her work on behalf of area nonprofits, Bonnie is a dedicated professional who consistently makes a positive difference,” Cuzzi says. “Regardless of the task at hand, she knows how to move a project forward.” 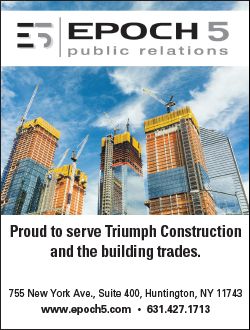 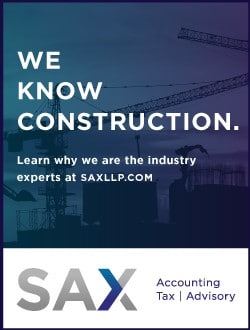