Building a bridge to business

For most first-time general counsels, the in-house learning curve can feel like scaling a building. Luckily, George Melo was still wearing his climbing gear.

After nearly two decades in the world of private practice, much of it spent working in a “pseudo-GC capacity” of outside counsel for market sector leading commercial and business clients, Melo joined the New York-based general contractor, Andron Construction Corp. in September of 2016. 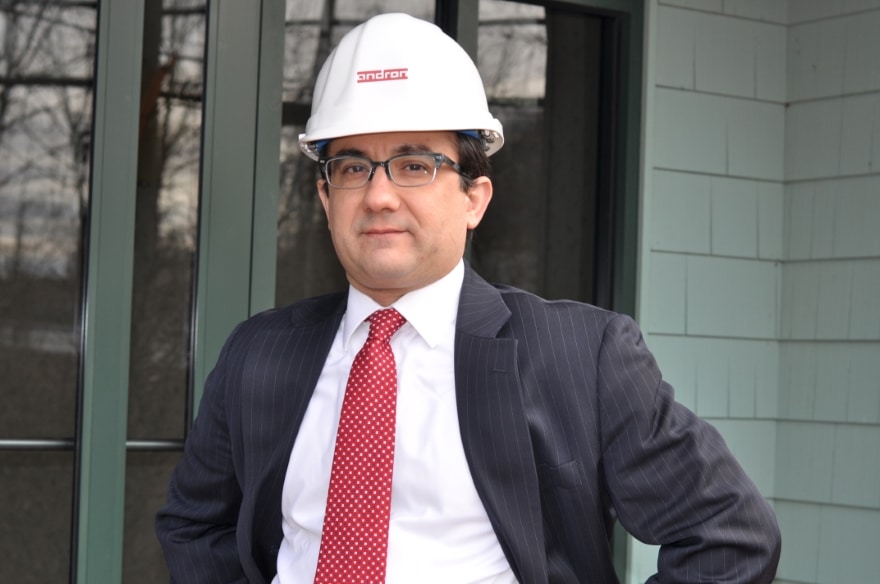 For Andron, whose cross-sector portfolio of projects can run in the hundreds of millions of dollars, Melo had a twofold aim: adding value to the bottom line, and using sustainable, business-smart solutions and relationships to bolster the business’ objectives.

“In the law firm world, the goal in the back of my mind was always to provide the best risk-mitigating value-adding big-picture solution possible; most of the time not achievable through drawn out, costly litigation,” Melo says. “And you can’t do that unless you’re driven to be that bridge between the company’s ownership and all of the various moving parts out in the field.”

According to Melo, Andron’s success stems in large part from that very commitment to long-term relationships.

Few projects highlight that propensity for bridge-building better than The Club at Briarcliff Manor. Located in the eponymous New York City suburb, less than a mile from the Hudson River, the $124.3 million senior living campus is one of Andron’s most comprehensive—and valuable —projects to date. Once completed in 2020, the sprawling compound will include hundreds of units totaling 800,000 square feet.

Having joined Andron around the same time the company secured the winning bid, Melo had to hit the ground running: supporting the business team in negotiating the contract’s finer points with the project’s ownership, followed by “downstream” review and refinement of the contract terms for subcontractors.

“Each subcontract has to be catered not just to the job, but to the nature of the work and who’s doing it,” Melo explains. “In the event the subcontractors have conditions, we negotiate on those until we arrive at an arrangement that works for everybody—consensus being vital to sustainable solutions and relationships.”

With the paperwork in order, Melo’s hat-juggling duties include readying the company for any unforeseen slip-ups and setbacks, including worksite safety violations, disputes with owners or subcontractors over contract specifics, delays, extra work, and the like.

The philosophy, while simple on its face, is daunting in practice. “Identifying risks when they are big enough to identify and small enough where they can still be resolved at the business non-litigation level,” Melo explains. 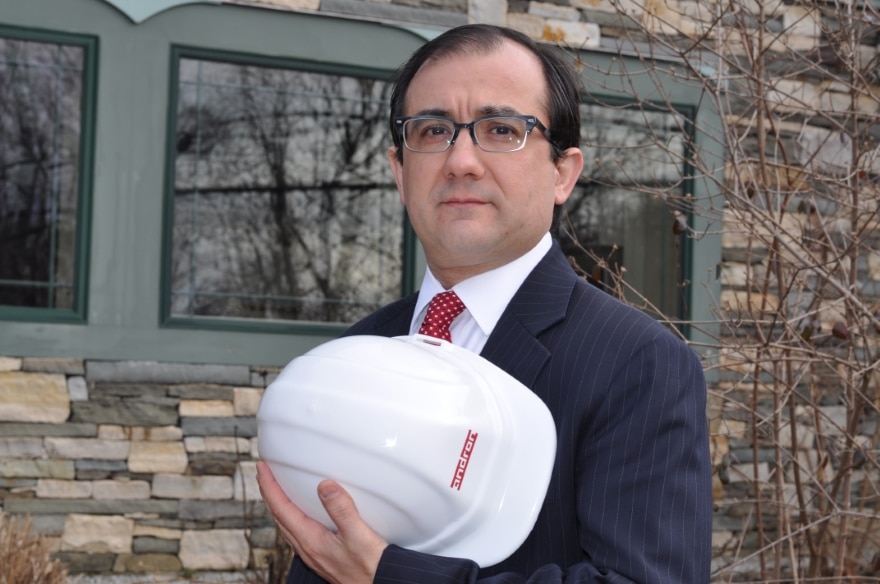 At Melo’s level, this requires a huge buy-in by the field, project and business teams—empowering them with the necessary education and tools to perform their role in essential processes.

Through it all, Melo and the team will need to interface often with project leaders on the ground, educating them on the implications of falling short on certain key project benchmarks.

Once the project is near completion, another critical juncture arises, when unresolved matters—everything from owner delays and liquidated damages to change orders and subcontractor non-performance—require swift strategic action, lest they “wreak havoc on the financial success of a project and the business’ bottom line.”

“When you have three or four projects going at once, you tend to get a lot of things overlapping on your plate at once,” Melo continues. “We run a lean operation; we hold onto the vast majority of the day to day legal work and typically rely on a trusted group of outside counsels only when absolutely necessary, and even then, much of the support to the outside teams comes from the home office. Like most other businesses, we need our external partners to be just as invested as our internal stakeholders. That’s something that does not come easy to most law firm lawyers.”

Indeed, Melo is quick to praise the myriad firms, former colleagues and other partners for helping him hone his own legal strategy. Even if the biggest inspiration lay a little closer to home.

The son of first-generation Portuguese immigrants, Melo grew up in New Rochelle, New York, where he initially harbored designs of following in the footsteps of his business-owning father. It wasn’t until his junior year at the State University of New York, Oneonta, when a family friend offered him an internship at a solo law practice, that Melo realized his career calling.

“I remember the firm’s namesake, who himself was a first-generation American, pulling me aside and saying, ‘Just because you’re first generation doesn’t mean practice of law is not for you; it can make for a great life,’” Melo recalls.

After a two-year post-graduation hiatus, working first for a New York-based chemicals company, Melo enrolled at Pace University’s Elisabeth Haub School of Law in New York City, earning his J.D.—with honors—in 2000. Shortly thereafter, he joined the Stamford Connecticut firm of Martin, Lucas & Chioffi, where he worked as part of the corporate commercial team.

But it was at Wilson Esler, the prominent New York firm to which he moved the following year, where Melo found his niche, representing a bevy of international business clients—most of them in the industrial, recreational vehicle, rail transportation and automotive tire sectors—on significant litigations and commercial disputes. Including one case in which Melo helped secure a $6.6 million arbitration award in favor of a rail transportation manufacturer.

After working “hand-in-hand for many years with company brass,” Melo made the jump in-house. In 2016, after 15 years at Wilson Esler, Melo stuck the landing, assuming the legal reins at Andron, a company with more than 50 years of experience in the construction industry.

Since then, Melo has helped shepherd dozens of projects, from New York schools and senior living communities to correctional facilities to health centers, LEED-certified apartments and botanical gardens. Though they’re far from the only thing he’s been proud to build.

“One of the things I’ve tried to make a hallmark at my time at Andron is the idea that I’m not just helping build schools and homes and hospitals; I’m building relationships,” Melo says. “Whether it’s with ownership, subcontractors, regulators, project managers, everyone has to be invested and share responsibility. And I think the company embodies that spirit to a T.” 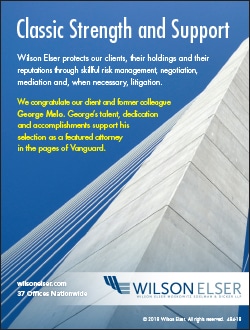 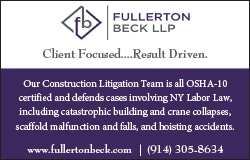