Classmates is the premier social media platform in the United States focused on bringing high school alumni together. In addition to facilitating connections for more than 70 million members, Classmates features the largest library of digitized yearbooks found anywhere on the internet, with more than 300,000 yearbooks available online to help members reconnect, reminisce, engage and plan reunions with fellow alumni. 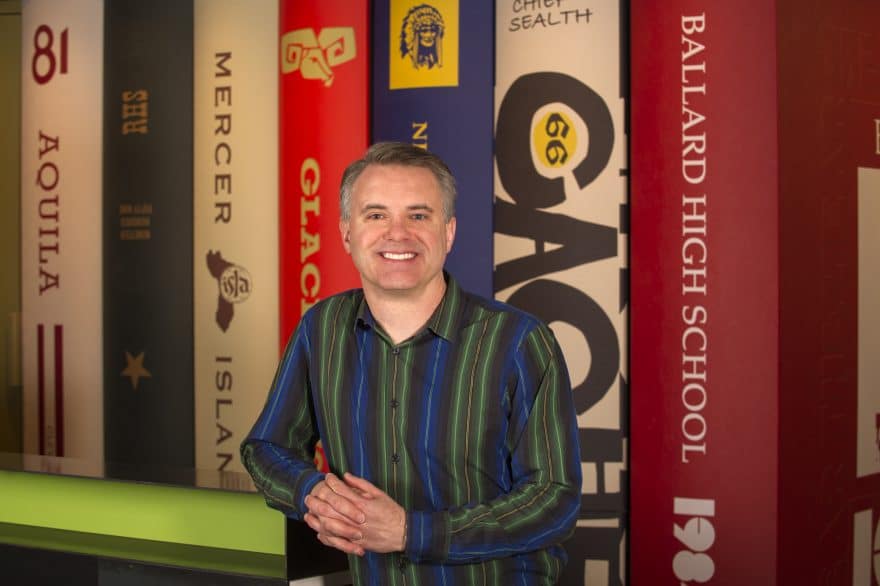 Brad Toney, the company’s general counsel, has provided distinct oversight and expertise for the various changes that have been made to the site’s services over the years. He brings more than two decades of in-house legal experience to Classmates and has been with the business since 2002.

Toney’s pathway to the in-house legal profession was unusually direct. While he hadn’t chosen a preferred area of practice, he entered the Willamette University College of Law in Salem, Oregon, right after graduating from college. After obtaining his law degree, he found a natural fit as in-house counsel.

“My approach was to try and get a breadth of knowledge,” he says of his education. “I dabbled in several areas: real property, taxation, family law, torts and graduated in 1994. I was not aware of the position of in-house counsel as a career path at that time. It just wasn’t something that was out there or even talked about. Mostly I approached my career with a sense of curiosity — what would pique my interest?”

But when he graduated into a tight job market, finding a job in a firm proved difficult. A temp firm eventually placed him with a telecom company to help with a heavy workload in its regulatory department. What was supposed to be a short-term assignment became a permanent position as the company’s second in-house attorney when the business went public.

“It was definitely a trial by fire,” he recounts. “Once the company went public, the general counsel was slammed with work and essentially had no time to train me, so I just had to dig in and get things done. I thrived in that environment and toward the end of my time there, when the company was getting into local phone service, I found myself negotiating multimillion-dollar switch leases all across the country with just a few years of experience under my belt.”

This experience and his in-house positions since have aided him in forming a personal knack for effective communication. “As in-house counsel, you are part of the team and the goal is to get team members to come to you with questions before there is a problem to solve,” he explains. “It creates a much more proactive and creative environment. In regard to using outside counsel, it comes down to knowing what expertise is required and what it is you need an answer to or guidance on and then managing that situation effectively through communication.”

In his current role, Toney tackles many of the common day-to-day tasks of an in-house attorney and then some. One of his greatest strengths is knowing what he doesn’t know. This has allowed him to build strong working relationships with Classmates’ outside counsel for issues regarding employment, intellectual property and corporate governance.

Toney’s experience and relationships with legal partners have been crucial to keeping Classmates relevant as the landscape of social media has rapidly changed. Protecting users’ privacy and abiding by intellectual property laws are constant concerns as the brand grows and adapts in a dynamic marketplace.

In order to offer something different from other platforms and actively retain the attention and loyalty of site members, Classmates continuously adjusts its model and explores new opportunities for content and connecting users.

An early iteration of Classmates’ dive into nostalgic content was the Memory Lane project. The program sought to bring the past to life and reconnect members with history and pop culture of days past. The project involved significant effort in terms of intellectual property usage as Classmates began displaying old music, magazines, photos, news items and videos to its users that it licensed from a large variety of sources. And Toney led the charge on the legal front.

“We had to get very familiar with copyright law and apply that understanding to solving problems before they emerged,” Toney recounts. “In-house counsel works to reduce risk while keeping the business goals in mind. Particularly with this project, but also in a broader sense, we have to view the law creatively to see how it can apply to the benefit of the business while maintaining the right ethical balance.”

While most of the nostalgic content from the Memory Lane project has since been removed from the site, Toney and the Classmates team found success with one key component of the project: high school yearbooks.

“Yearbooks have become an integral part of the Classmates brand,” says Toney. “We’ve been acquiring books, scanning them, posting them online and making them interactive to users, who can peruse them, tag photos and share pictures on Facebook, Pinterest and Twitter. We have more than 300,000 yearbooks now, but it was interesting to see what legal challenges came about in investigating what we could and couldn’t do with them.”

The challenges of acquisition and adaptation to digital format vary between older and newer yearbooks. Toney notes that a fundamental tenet of copyright law changed in 1989. Before that, very few yearbooks were protected under copyright law, as they were really considered more as a memento than a publication with ongoing intellectual property value.

“After 1989, they were protected by copyright law as soon as they were published,” explains Toney. “But we determined through legal analysis that because of the interactive nature of the digitized yearbooks on our site — users can add their own content within the yearbook and we provide links and add optical character recognition to them — from a legal perspective, this qualifies as transformative fair use.”

While there are still some technicalities that Classmates’ legal team maneuvers, particularly regarding the use of yearbook content for advertising, Toney and his team take things case by case. Recent usage includes showcasing the largest library of celebrity yearbook pictures and yearbook portraits of presidential candidates.

With the success of the yearbook project, Toney is excited for the future of Classmates. “I’ve seen Classmates come full circle,” he elaborates. “When I started here, the company was privately owned. It became publicly traded in 2004 after being acquired, but now we’ve come back to our origins as a private company through yet another acquisition. That has allowed us to bring back the entrepreneurial spirit we once had, which is resulting in some great potential growth opportunities.”

Despite the ups and downs, Toney and his colleagues at Classmates Inc. are looking forward to new challenges as the brand grows and adapts in the ever-changing world of social media.