American Media Inc. (AMI) is a New York-based publishing company that has been delivering news and entertainment from as early as 1936. The company owns and operates several of the country’s leading celebrity and health and fitness media brands, including The National Enquirer, Star, OK!, Radar Online, Men’s Fitness and Muscle & Fitness.

With the No. 1 market share in total newsstand circulation in the celebrity category, an annual print audience of 33.2 million readers, 51 million unique visitors and 350 million page views monthly to AMI web sites, AMI is a leading name in the domestic publishing industry. 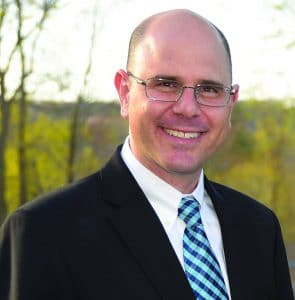 Leading the legal team at AMI is general counsel Eric Klee, who merges his background in consumer products with an expertise in mergers and acquisitions, securities and general corporate governance. “I have a particular passion for branding,” says Klee.

In his role as general counsel, Klee is often called upon to tackle complex issues around branding as well as trademark and copyright law as AMI seeks to grow its brands while protecting its proprietary content. This could include trademarking a new tagline, shoring up international licensing agreements or sending cease and desist letters to those infringing on AMI’s trademarks or copyrighted material.

“For example, we did a redesign of Men’s Fitness within the last two years where they came out with a new tagline — ‘The New Measure of Success’ — that repositioned Men’s Fitness to include fashion and lifestyle features in addition to exercise routines,” he says.

Today’s cut-and-paste digital world requires constant vigilance from companies like AMI that are seeking to protect their intellectual property. Klee oversees AMI’s efforts to discover and address infringing material on the internet and elsewhere by sending cease and desist notices to the offending parties. “You’re basically policing the internet, but we find that people are pretty responsive; 99 percent of the time when you make people aware of the issue, they take it down,” he says.

As a junior at Tufts University, Klee spent a semester in Japan, returning upon graduation on a full scholarship to complete one year of Japanese studies at Tokyo’s Keio University. Now proficient in both Japanese and Spanish, Klee credits his time in Japan not only for expanding his language and cultural skills, but also for getting him out of his comfort zone and forcing him to achieve a new level of self-reliance. “The year and a half I spent in Japan was life-changing. Not only did I immerse myself in a new language, culture and surroundings, but I gained an appreciation and sensitivity for a new culture,” he says. Klee credits his Japan experience with being open to different perspectives and approaches to dealing with challenging situations.

After returning to the U.S., Klee earned his JD from Syracuse University College of Law in 1997 and quickly fell into the law firm lifestyle, spending a combined five years at two large New York City law firms. Klee then earned his first experience as assistant general counsel at vitamins and nutritional supplements manufacturer NBTY where he found that he enjoyed the change of pace and opportunity to become more involved in the inner workings of the business.

“I really enjoy the generalist nature of in-house practice; you never know what the issue of the day is going to be,” he says. “The wide variety of issues that arise keeps it interesting and exciting on a day-to-day basis.”

Klee earned his first experience as a full general counsel with OTC pharmaceutical, household cleaner and personal care products company Prestige Brands, Inc. It was there that Klee met Charles Jolly, his legal mentor and the man he credits with instilling in him what it means to be a businessman’s lawyer. “He’s one of the sharpest lawyers I’ve ever had the privilege of working with,” he says.

Klee joined AMI in 2012 as deputy general counsel and was promoted to the company’s top legal role less than a year later. The publishing company gave Klee the opportunity to expand on his background in consumer packaged goods in a new and exciting way. “Magazines have a lot of similar issues with intellectual property and branding,” he says.

As the publishing industry continues to develop strategies for monetizing digital content, Klee is doing everything he can to help turn page clicks into profits. “Everyone is trying to figure out digital and how to make money with that, so my job is supporting the initiatives to grow and expand our digital business,” he says.

The company is also looking to expand beyond publishing and become a more broadly focused entertainment entity. To that end, AMI has announced a partnership with film studio The Weinstein Company and Jupiter Entertainment to create and distribute new, original programming based on AMI’s brand portfolio. The group plans to initially focus on the production of unscripted programming and will soon announce a forthcoming reality show. “That really fits with one of our key priorities, which is to further enhance our brands and generate revenue while dealing with the trials and tribulations of what’s going on in the publishing industry,” says Klee.

AMI has also announced a recent partnership with Dwayne Johnson’s (The Rock) production company to develop video programming to entertain and captivate audiences along the road to the 2016 Mr. Olympia competition (an AMI joint venture) in Las Vegas in September.

This is not AMI’s first foray into the wider media landscape. “We have been embarking on other types of transactions to move our brands beyond print and digital media,” he says. These efforts include a 2014 documentary about the history of the National Enquirer titled “Enquiring Minds: The Untold Story of the Man Behind the National Enquirer” and the 2013 documentary “Generation Iron,” which follows seven top bodybuilders as they compete for the title of Mr. Olympia.

Klee oversees a five-person legal team at AMI, but will occasionally bring in outside counsel when the need arises. “It doesn’t happen too frequently, when we’re working on an entertainment deal we will certainly bring in entertainment counsel, but generally for run-of-the-mill corporate issues, we keep it in-house,” he says.

In his role with AMI, Klee has had the opportunity to expand his slate of professional skills in a way that would not have been possible at a law firm. “I’ve grown and developed and rounded myself out in other areas such as intellectual property, media, licensing and joint ventures. The fact that we have tabloid publications has also allowed me to expand my horizons when it comes to First Amendment and defamation law,” he says.

With almost 20 years of legal experience, the team at AMI knows it can turn to Klee for confident, competent advice on myriad legal matters. “I think when I come to the table, management has a sense of comfort that they’ve got somebody who really understands their business and has a good handle on the law. Management knows that I look out for their interests and give practical advice to help facilitate growth,” he says.

Klee reports directly to David Pecker, chairman, president and CEO of AMI. When asked about Klee’s contributions to AMI, Pecker said, “I have been a president and CEO of a publishing company since 1990 and have completed 30 acquisitions north of $5 billion, working with multiple general counsels over the last 26 years. I am proud to say that Eric is the best general counsel that I have ever worked with. He has great integrity, business savvy and can explain legal ramifications in layman’s terms.”

At the end of the day, Klee is proud to be part of a company that provides so much value and enjoyment to its customers. “AMI helps people on the health and fitness side who are doing things to make their lives healthier and provides enjoyment from our content on the celebrity side,” he says.

An expertise in consumer products and branding should serve Eric Klee well as he continues to help American Media Inc. build on its strong portfolio of media brands.