Power and the people

They were once a sight as familiar as a milkman or mail carrier. Someone would pull up in a truck or van outside a building once a month, check the dials and numbers on the electric meter and drive off to their next stop.

And while meter readers have yet to go the way of milkmen, there are fewer on the roads as electric utilities have gotten “smart” about collecting usage data from customers.

Smart meters, that is: devices that transmit data on their own to simplify the billing process. The meters also provide customers a glimpse of their energy use; but what’s no longer needed are the meter readers. 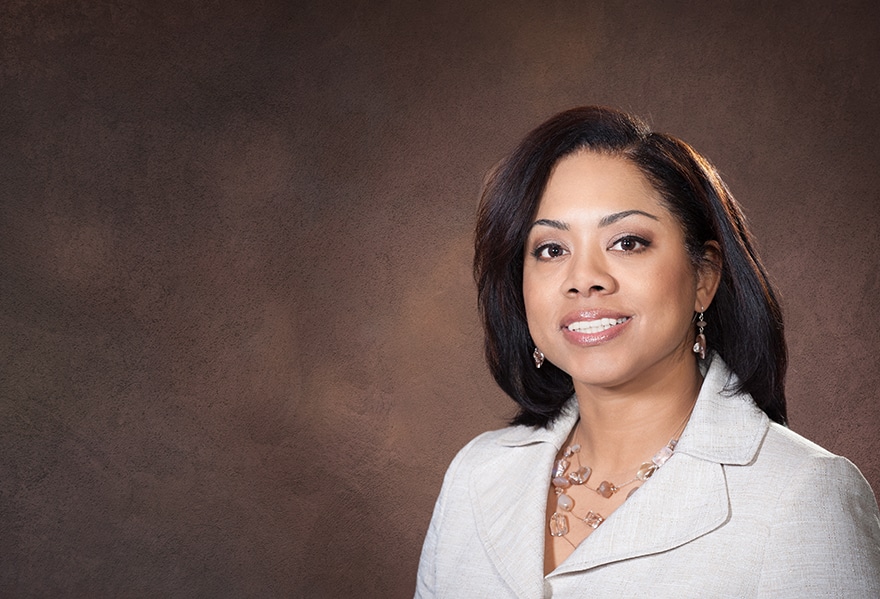 Count the city of Lansing, Michigan, in the smart mix—it’s publicly owned Lansing Board of Water & Light will complete installation of them in 2020.

Yet as BWL Executive Director of Strategic Planning and Development Brandie Ekren notes, it’s an initiative that has challenged the purpose and role of the power company that’s owned by its ratepayers.

“You have to invest in equipment,” Ekren says. “Change is different and can be difficult in a utility because of how things had been done, though.”

Providing residents of Lansing with their electricity and water is a matter of trust, Ekren says.

Created in 1885, the utility is one of about 2,000 publicly owned utilities in the U.S. In the Lansing area, it supplies power to 97,000 customers. Another 56,000 rely on it for drinking water, steam heat and chilled water used in HVAC systems. Its profits go back into the company and affect the rate scales and its decisions are made with a high degree of public input.

For 15 years Ekren was part of BWL’s legal team, and then its general counsel. In January 2019 she became the executive director of strategic planning and development. She now sets strategy and develops programs that are in line with the utility’s mission, vision and values. 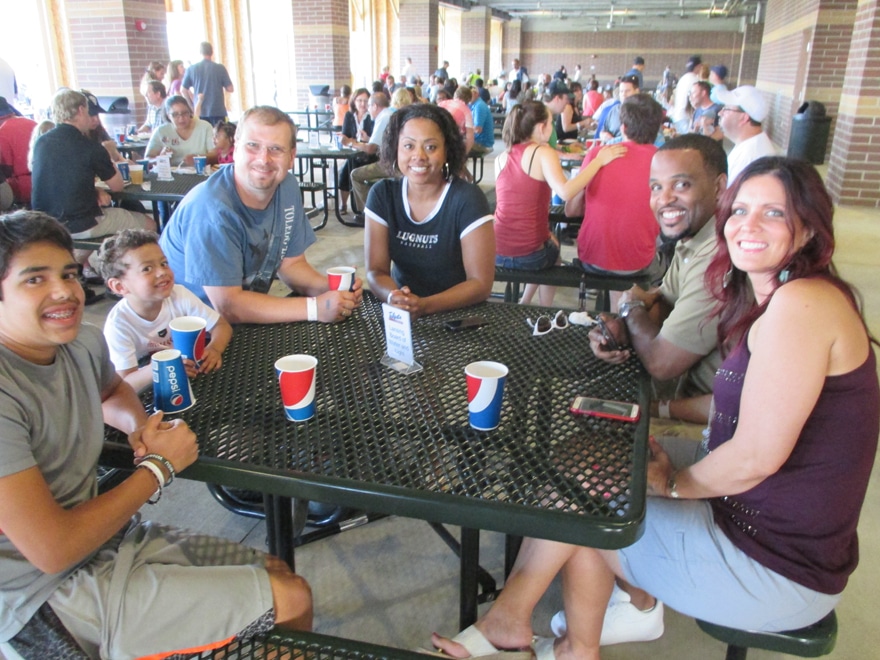 “You do work and live in a fishbowl,” Ekren says.

But she loves the swimming, she adds.

“You have a culture of transparency,” she says. “If you are doing everything above board in your values and mind, it is great.”

As was made clear in BWL’s 2016 strategic plan, being responsive to its ratepayer-owners requires the utility to balance what it charges for power and water with the need to keep its systems efficient and up to date.

Smart meters were introduced in a BWL pilot program in 2014, a collaborative effort of the utility’s information technology, customer operations and public relations departments. They came into use around the U.S. about five years earlier, but ensuring the data being transmitted is protected is a concern.

“Security is always an ongoing risk and a factor in how we are planning, despite the change in perspectives and roles,” Ekren says. “So we set up administrative functions for system resilience and protection.”

As general counsel, she was responsible for creating policies and procedures ensuring information security. In her new role, she and the public relations team balance the value of the data analytics and potential to impact energy efficiency with the concerns articulated by customers.

Adding smart meters has required BWL to change its culture, too. It avoided layoffs by shifting meter readers to other positions and has embraced organizational collaboration and change management, Ekren explains.

The utility is using the ADKAR model developed by Prosci, a company specializing in change-management solutions. Short for awareness, desire, knowledge, ability and reinforcement, the strategy entails demonstrating the need for BWL to change while showing employees the benefits of changes and how it will better serve its customers. 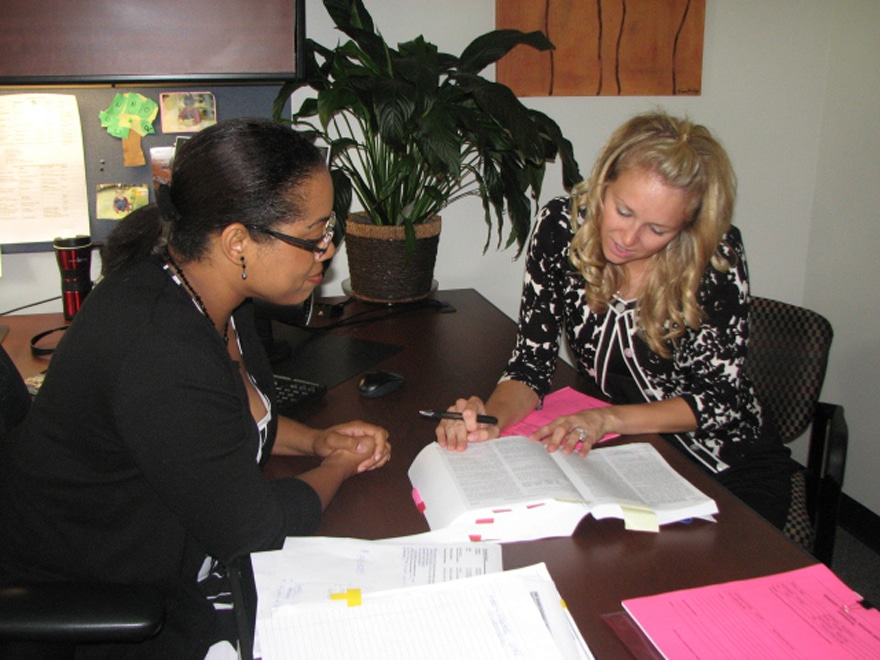 “We’ve been having group discussions and assessing positions and functionality of equipment,” she says. “In fact, the data analytics from meters may help people in their jobs.”

Even before Ekren changed roles and perspectives, BWL was developing a mature enterprise risk management program. With the risks of data collection already known, the ERM will help the organization intelligently identify all risks, define risk tolerances and develop programs, policies and other mitigation measures that are responsive for managing risks.

The utility’s drive for greater efficiency is about more than just improving back-end systems, however. According to Ekren, BWL wants to eventually eliminate its carbon footprint, and looks to provide 30 percent clean energy in 2020 and 40 percent by 2030.

The utility is boosting its portfolio with solar, wind and natural gas power. Through her general counsel and director of strategic planning development roles, Ekren has not only pushed the initiative forward, she’s negotiated and approved contracts for buying the energy. In addition, BWL now allows ratepayers to lease solar panels at the East Lansing Solar Park, crediting their bills for the energy the panels generate.

The utility also owns and operates the Cedar Street Solar Array and is in a public-private partnership with Delta Solar to buy power from its Delta Township solar farm. It’s a deal that gives the BWL an option to eventually buy the solar farm, and as its contracts for hydro power and landfill gas expire, the utility will look to add more solar and wind power, Ekren says.

Originally from Detroit, Ekren first came to the Lansing area to attend Michigan State University and earned her bachelor‘s degree in humanities with a focus on political science and English as well as her J.D. with a specialized certificate in international law there.

Her first job after graduating law school in 2002 was in family law. It was a job that made it tough to forget about her work outside the office, so Ekren left to work for a financial services company. 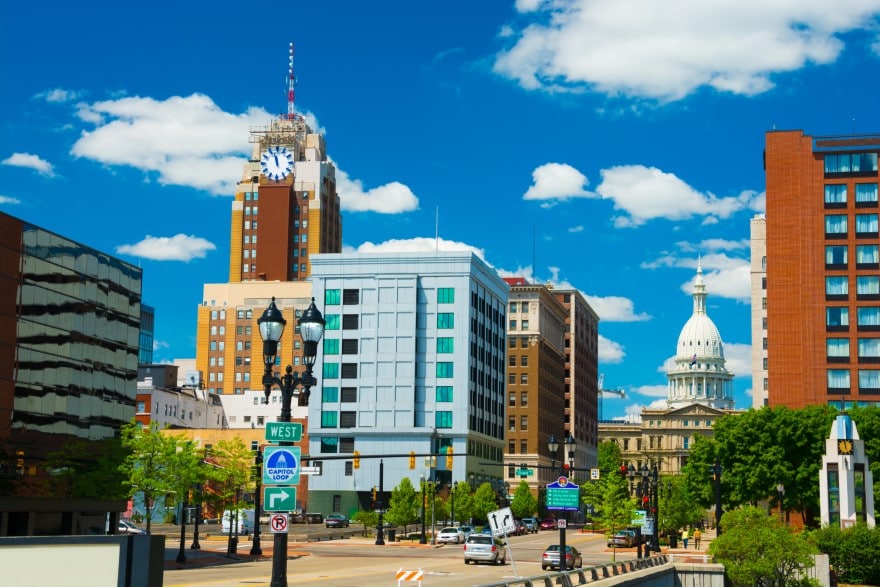 At home, she has plenty of family. Married with two boys, one in elementary school and the other in middle school, Ekren is the oldest of six and her extended family is very much a part of her home life.

“Sometimes I love to just goof around and play with the kids. I love rolling in the grass and playing tag or volleyball with an oversized beach ball,” she says.

It’s not just her family she treasures. Ekren serves on the board for Highfields Inc., a nonprofit social services agency providing counseling and support services for at-risk children and their families. She’s also a past president and current board member of the Kiwanis Club of Lansing, helping its endowment fund support local nonprofits.

“I like that,” she says. “It’s fun to give people money when the cause is good.”

It has also been fun for her to oversee the legal affairs and future direction of the largest publicly owned utility in Michigan. Ekren has gone from helping set goals for the BWL to implementing them, all in plain view of its ratepayer-owners.

“I love public power because of this level of accountability. You let go of the ego and focus on the job,” Ekren says. 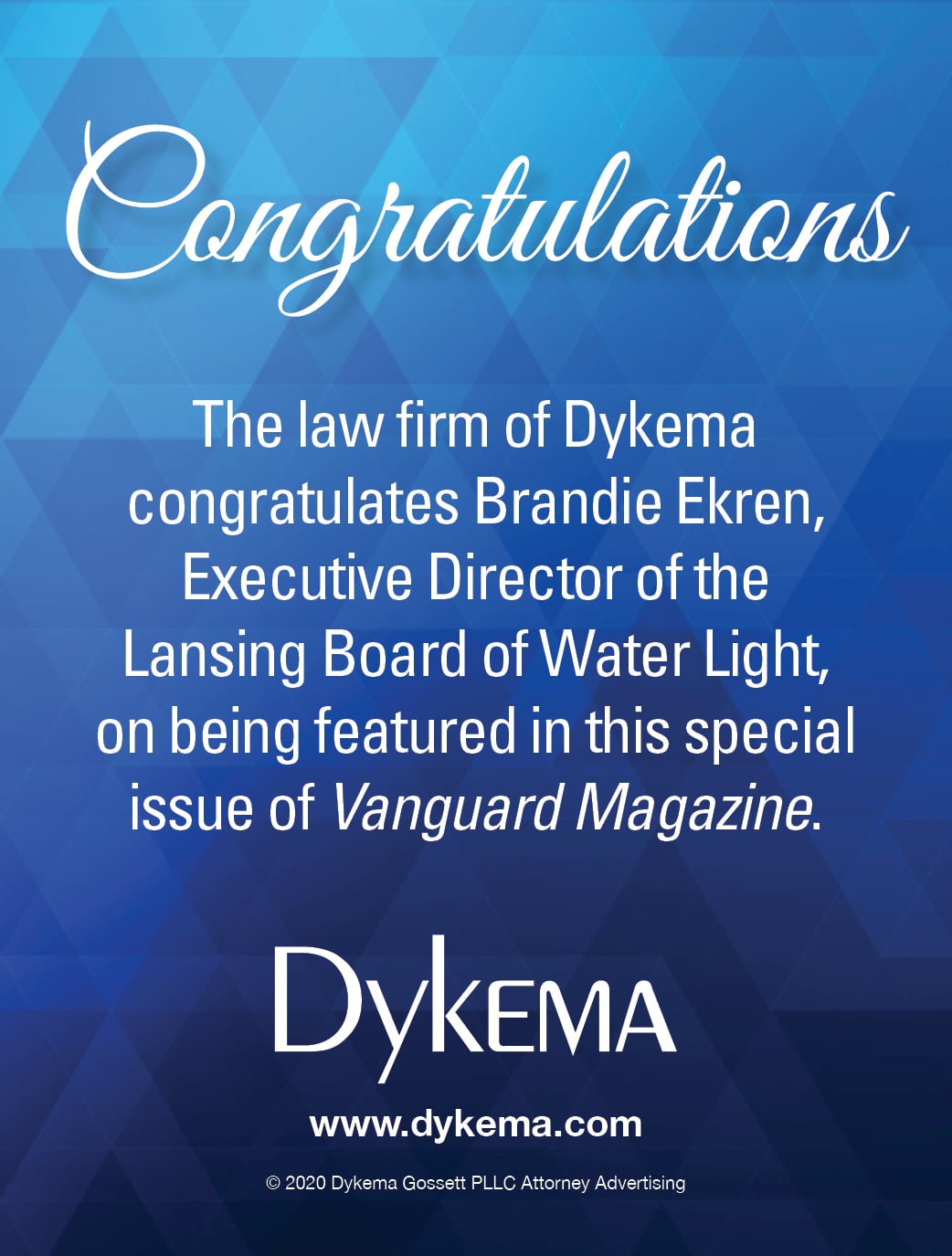 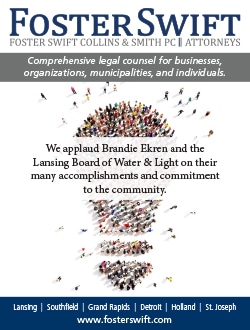 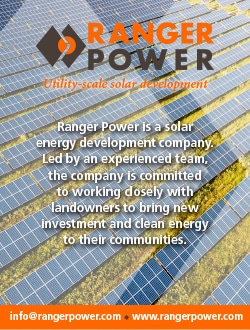