The J.D. was essential. Without it, he wouldn’t have gotten the job. His experience in the tech sector likewise proved crucial. But it was the psychology degree that allowed Bryan Rowland to navigate what, to him, was always the hardest variable to account for: the people he’d be working with.

“So much of the information you encounter is static: financial performance, what the markets are doing,” Rowland says. “What changes is the human dynamic. Psychology helped me put myself in other people’s shoes.” 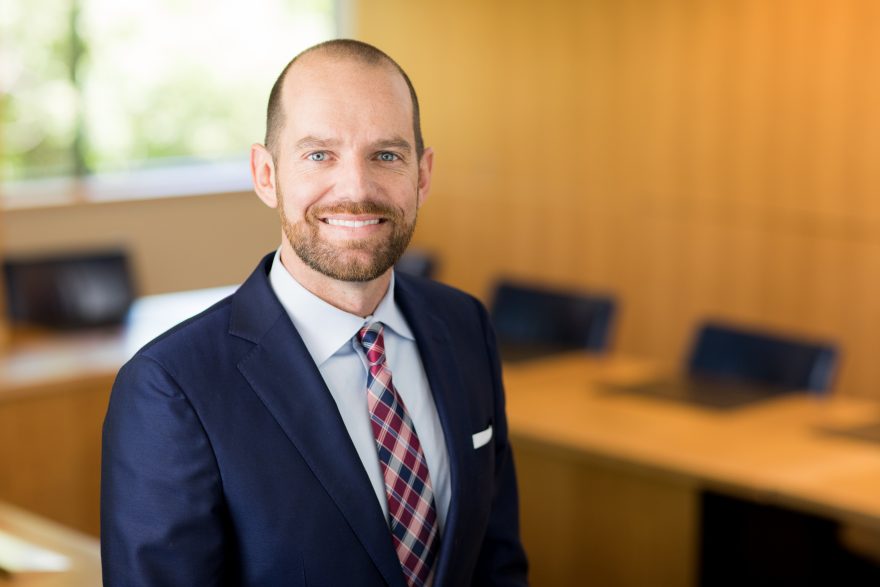 After joining tax software company Vertex Inc. in April 2017, Rowland knew he’d found a role high in stakes and low in margin for error. In other words, just the kind of challenge the 38-year-old general counsel was looking for.

With six seasoned lawyers and another seven staffers dedicated to other contracts and risk management, the Vertex legal department didn’t lack for experience. What it needed, in Rowland’s view, was a more coherent connection to the company’s broader business and strategic goals.

Rowland implored his team to keep up on daily financial news, to learn more about how technology might impact the industry. He got to know team members personally, gauging their individual strengths and weaknesses and recalibrating roles accordingly. More importantly, he asked questions corporate lawyers had seldom been asked.

“What we started envisioning was a department that thought beyond the world of contract review and risk management strategies,” Rowland says. “I encouraged them to think about what they would do in others’ shoes. What products they would sell. What changes they would make. If you were the CEO, what would you do?”

That process, of “marrying accountability with business strategy,” in many ways defined the first six months of Rowland’s tenure. What resulted was a department more in tune with the big picture.

For Vertex, that long view also includes an emphasis on data security.

With hacking and data breaches now part of the news-cycle lexicon, companies are scrutinized for how they safeguard customer data. In the case of Vertex, a company with thousands of clients (including blue-chip giants), the volume of sensitive information demands a robust approach to security.

Together with the company’s chief financial, technology and information officers, Rowland co-heads the information security governance team (ISGT) at Vertex. Designed to mirror the function of a traditional chief information security officer, the group meets weekly, on matters ranging from project management to security issues.

“As a result, we take a much more holistic approach to incident response,” Rowland explains.

The team is also interpreting the General Data Protection Regulation (GDPR). Enacted by the European Union, the law aims to more clearly define how personal data of EU citizens can be shared. As a leader of the company’s GDPR project, Rowland has helped drive compliance with the new law, as Vertex transitions from a primarily on-premise software delivery model to expanding its virtual solutions. 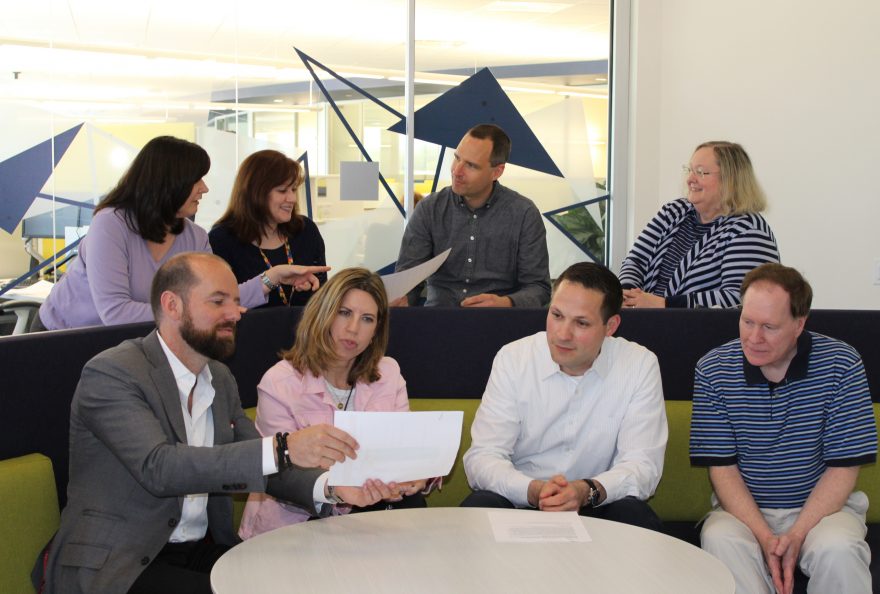 In so doing, Vertex is continuing its trend toward a cloud-based tax software model. That, in turn, requires a whole new approach to risk management and contract agreements.

Still, Rowland says the benefits of transitioning to the cloud far outweigh the risks. Internally, the approach provides real-time access to how customers use Vertex services, allowing Rowland and his colleagues to initiate improvements more quickly than with on-premise software. In addition, given the company’s growing presence in Europe, clients having to conform to the GDPR will need to know their data is secure.

As Vertex has grown, so too has its legal team. Here, Rowland’s approach has been equally new school: prioritizing problem-solving, curiosity, and relationship-building (“the soft skills”) over hardened software expertise, which he says can be addressed with mentorship and continuing education.

More than anything, he wants his department to be nimble enough—in functions and philosophies alike—to meet the challenges of an increasingly globalized economy.

Indeed, it’s a perspective Rowland says has been years in the making.

He’d always been enamored with people and ideas. But it wasn’t until the end of his four years at Towson University—he double majored in philosophy and psychology—that Rowland’s passion for business began to manifest.

“I became fascinated with the interplay and competition between all these different moving parts,” Rowland recalls.

After attending the Villanova University School of Law (he was reveling in the school’s basketball national championship when he spoke with Vanguard in early April), Rowland knew he wanted to bypass the world of private practice altogether. In 2005, he was hired by Checkpoint Systems, a retail security and inventory management technology company, as in-house counsel.

From there, it was a promotion to assistant general counsel in 2011; chief compliance officer three years after that; and senior vice president and general counsel—at 34 years old, the company’s youngest ever—in 2014.

When the company was acquired two years later, Rowland took time to weigh his options. He’d caught wind that Vertex was searching for a new general counsel. In Vertex, Rowland saw a nimble, strategic company.

“As the company continues to grow, it’s my job—and the job of the department—to make sure we’re providing valuable strategic input,” Rowland says. “Every legal department strives to enable the business to drive revenue and profit, rather than be merely a cost center. I feel like my team has achieved this, and we strive to contribute to the business in other ways.” 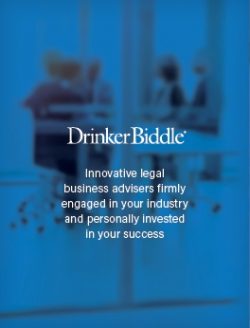