Bananas, pineapples, melons and other produce products, like juice, may be what most people associate with Fresh Del Monte. But there’s something else coming to fruition behind the scenes, and it’s responsible for the company’s wide-ranging impact.

Fresh Del Monte has 40,000 employees who produce, market and distribute products globally from Asia, Africa and Central America. Just like the goods they manage, they, too, need to be cultivated, says Sherica Bryan. As vice president of global legal for labor and employment and government relations, she’s helping launch initiatives to ensure all employees are safe and supported.

Whether she’s ensuring they understand company policies or providing avenues for them to speak up and share their experiences and talents, Bryan is not only Fresh Del Monte’s advocate, but its team members’ as well. 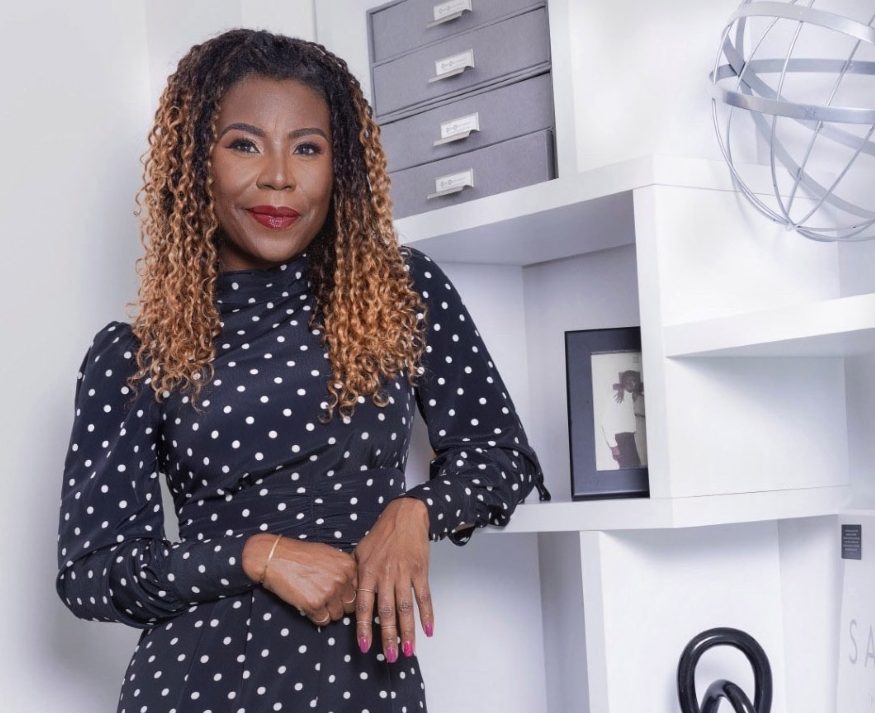 “As a compliance and regulatory person in the labor space, I hope people will speak up and voice issues because it only helps our organization, in terms of a culture, as a good corporate citizen,” Bryan says. “I think and strategize like a lawyer, but I want to be beyond the stereotype. What’s central to my role is people and advocacy.”

Fresh Del Monte faces a plethora of labor, tax and environmental laws and regulations for its global operations. In her role at Fresh Del Monte, Bryan works with governments in the U.S. as well as countries such as Costa Rica, Kenya, the Philippines, Germany and the U.K. to comply with regulations and advocate for the company.

“One of our goals is to partner with [regulators] so we can promote the best food safety possible, work on sustainability and just work to be a good corporate citizen,” she says. “We’re looking to be the face of what’s right, always eager to talk about innovation and ethics.”

Much of Bryan’s work is as a partner and adviser to Fresh Del Monte’s HR team and other leaders in areas of labor and employment law including counseling on day-to-day employee and union issues, advising on compensation and benefits, safety regulations and labor relations. She also holds training on management best practices, harassment prevention, and wage and hour compliance.

Bryan is providing a crucial supporting role in Fresh Del Monte’s five-year initiative to facilitate growth, diversify its products and transform its culture.

Formed in mid-2020, the first FreshTeam committee initiatives were launched in 2021. Bryan’s efforts have included an ongoing learning video series showing team members what their colleagues are doing, such as growing bananas in Central America or how fruit gets delivered to ports.

Other initiatives include art and song contests and wellness campaigns. The goal is to make team members feel connected and empowered to become the best versions of themselves in and out of the workplace, Bryan says.

She also invited author Jennifer Cassetta, a self-development coach, as part of a four-part speaker series teaching employees about mindfulness, becoming a leader, wellness and establishing personal boundaries. As many as 700 employees around the world are logging into these live sessions, Bryan says.

Bryan was born in Guyana, a country on South America’s north Atlantic coast, and moved to Miami when she was 3 years old. She once aspired to be a journalist, working on the school paper at Miami-Palmetto Senior High and interning at the Miami Herald both before and during college at the University of Florida.

By the time she was studying at the University of Florida, Bryan says she was considering TV journalism over print. Over time, she believed her strengths and interests would best be served as a First Amendment attorney. Bryan had been passionate about freedom of press from an early age and believed advocating for it was her calling.

After graduating with a bachelor’s degree in public relations in 1998, Bryan enrolled at the University of Florida Levin College of Law, where she earned her J.D. in 2002. 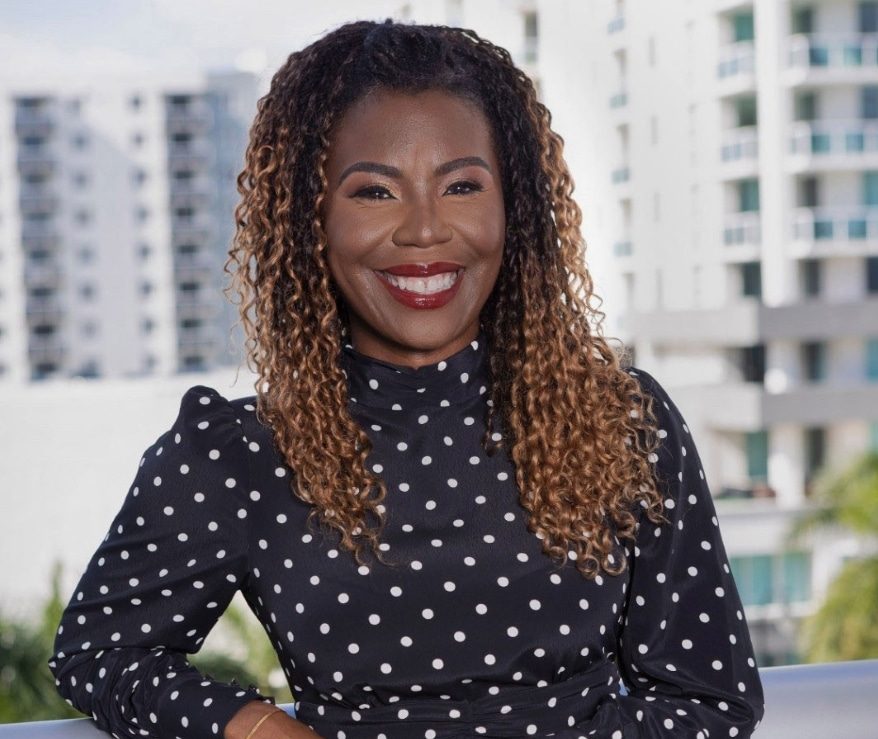 After law school, she served as a federal judicial law clerk for a year for Judge Mary S. Scriven in the U.S. District Court for the Middle District of Florida. Supporting Judge Scriven in mediations and opinions dealing with various aspects of employment law piqued her interest in the practice area, she says.

Among her duties at each firm, Bryan drafted and negotiated contracts, including employment, non-disclosure and non-compete for multinational clients. She also provided advice and guidance on employment, labor law and compliance with federal guidelines and led commercial, labor and employment litigation.

“As I advanced in my career and established a style for leadership, I’ve found servant leadership fits me best,” Bryan says. “What we’ve learned through research around engagement is it’s clear that empathy is crucial but it does not end there. Studies show there also needs to be real connections and transparency for a successful workforce. This is exactly what Fresh Del Monte is striving for with its team.”

After three years growing and partnering with the Fresh Del Monte team, Bryan recently moved to Snyk, a global cybersecurity company specializing in cloud computing. While the sector may be different, Bryan—who serves in a similar capacity as vice president of global employment and litigation—still leads and supports her business partners with the same people-first business-minded advocacy.

“I’m greatly looking forward to seeing how the business of fresh produce and cybersecurity intersect,” Bryan says. “One thing is for certain: people are people and the issues they face are similar—regardless of industry.” 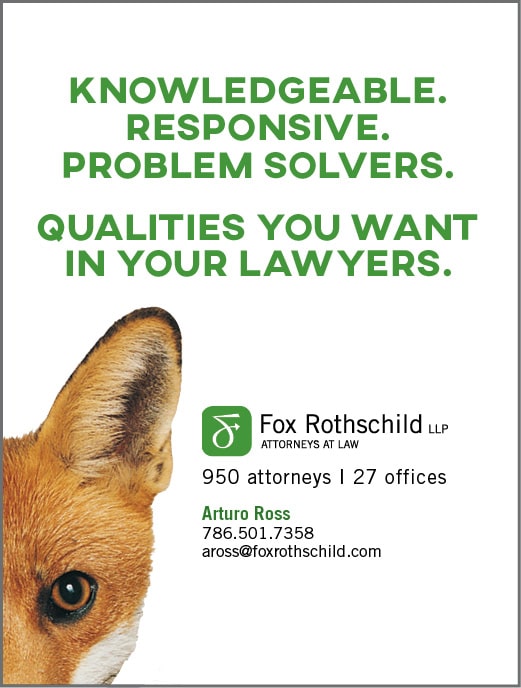 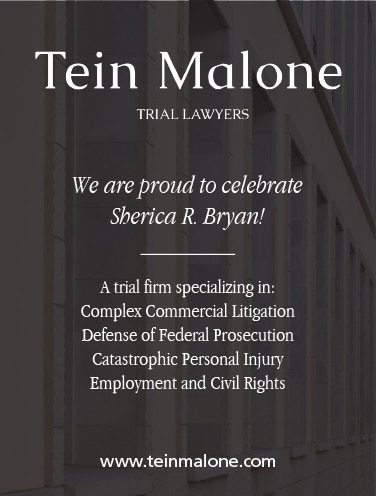