To make Bakersfield all it can be

If Rome wasn’t built in a day, neither will the Bakersfield Commons. But from the get-go, the incremental redevelopment of 260 acres in the northwest corner of this iconic city, 90 miles north of Los Angeles, figured to be done in stages over 20 years. For the last three, Christopher M. Norton has been painstakingly putting the pieces in place for what he calls multigenerational progress. 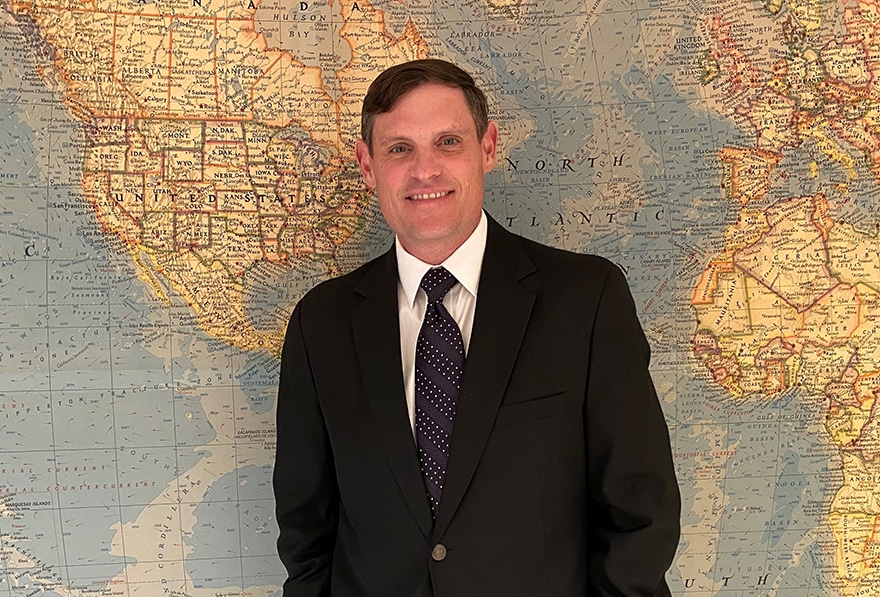 All those interests—as well as a lot of legal smarts—will be factors as World Oil proceeds with an entitlement to develop the Commons with multifamily residences, commercial offices, retail and light industrial space, as well as an Adventist Health System-backed hospital and medical office.

“A blossoming community,” he says about this Central Valley city noted for agriculture and energy production as well as for being the adopted hometown of the late Buck Owens. “Young millennials are flocking here because it’s affordable and not that far from L.A. Bakersfield Commons is critical to help the area develop.”

And just as critical: being in it for the long haul. Lots of details for Norton to tend to before ground can be broken acre by acre.

Issues in every acre

On the mid-January morning when Norton spoke with Vanguard, he was pressed for time, as later that day he was to finalize the purchase of several large parcels at the project. While Norton says he has the best of both worlds—“transactions and operations”—it’s a lot for a one-person legal team, even one who identifies as obsessive-compulsive.

For behind every property transaction there may be some devil-ridden details. Prior to sale of the parcels, Norton had to acquire two more parcels from abutting landowners to ensure rights-of-way and emergency access. One of the transactions was delayed significantly by an unexpected lawsuit not involving World Oil or the project.

“When you’ve got a 260-acre playing field, it’s never easy,” Norton chuckles. “Unless you do your homework early, you’ll find there’ll be a lot of issues as you try to develop.”

Including environmental ones; the site originally home to a long-ago demolished oil refinery on which World Oil has spent millions to bring the soil to hospital development levels. With two other developers proceeding with their own large-scale projects in other parts of town, municipal eyes will be acutely focused on all. 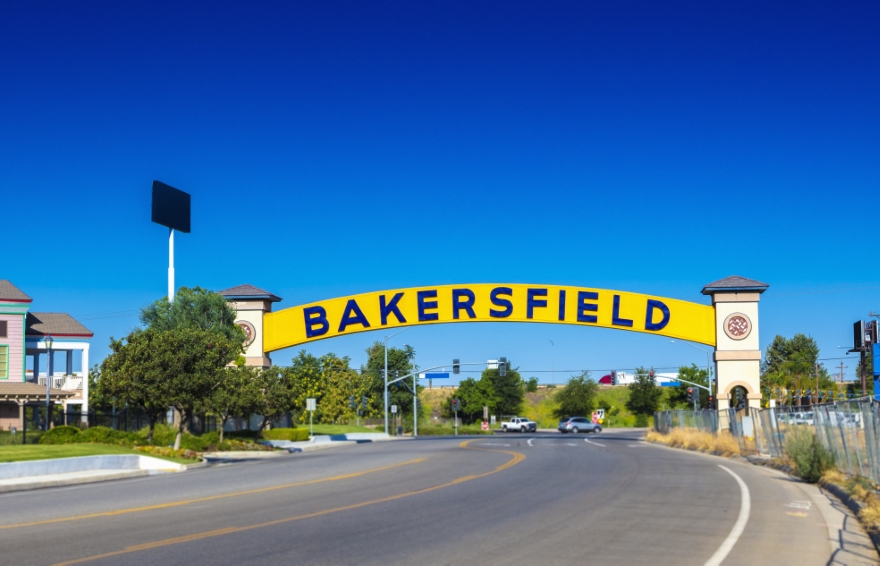 And that’s fine with Norton, noting the possibilities for each side to better relate to the other. It wasn’t that long ago when municipal leaders in many parts of the county wanted drive-thru restaurants closed or at least restricted in their areas. For the past year those drive-thrus have enabled many restaurants to survive and provide vital services to their communities, what with COVID-19 causing closures and curfews.

“That [the pandemic] also can affect how you develop property,” he notes. “We’ve all had to rethink the old ways and how the world will eventually operate following the pandemic.”

Even processing the legalities has been affected, he continues, with person-to-person interaction giving way to remote means while the subject matter becomes more complex. Often in need of specialized counsel, Norton finds it more economical and efficient to outsource many matters rather than hire another lawyer.

But it’s all part of the fun of being involved in such a far-ranging project, albeit one the 48-year-old Norton might not see completed until he’s a senior citizen. It will be the crowning jewel in a legal career that’s seen Norton behind some other notable projects.

Property development has long been Norton’s professional interest, though he formerly envisioned a career in psychiatry during his undergrad years at Brigham Young University. He credits his wife’s father, a retired U.S. congressman, for steering him in another direction, and upon graduating Northwestern University Pritzker School of Law in 2002, Norton immersed in real estate matters during eight years-plus as a Latham & Watkins associate in Los Angeles.

Among his clients: the Roth family, who had taken over World Oil from aging patriarch Bernard Roth, who opened his first gas station at the age of 22 and went on to create the first chain of self-service pumps that saved motorists a few cents on the gallon. Flash forward a couple of decades and many of those stations were sold as World Oil diversified into other areas.

Prior to Norton’s involvement at World Oil came executive and general counsel roles at a couple of other public and private companies—MPG Office Trust (formerly Maguire Properties) in Los Angeles (2011-13) and Andell Inc. of Beverly Hills and Chicago (2013-17). 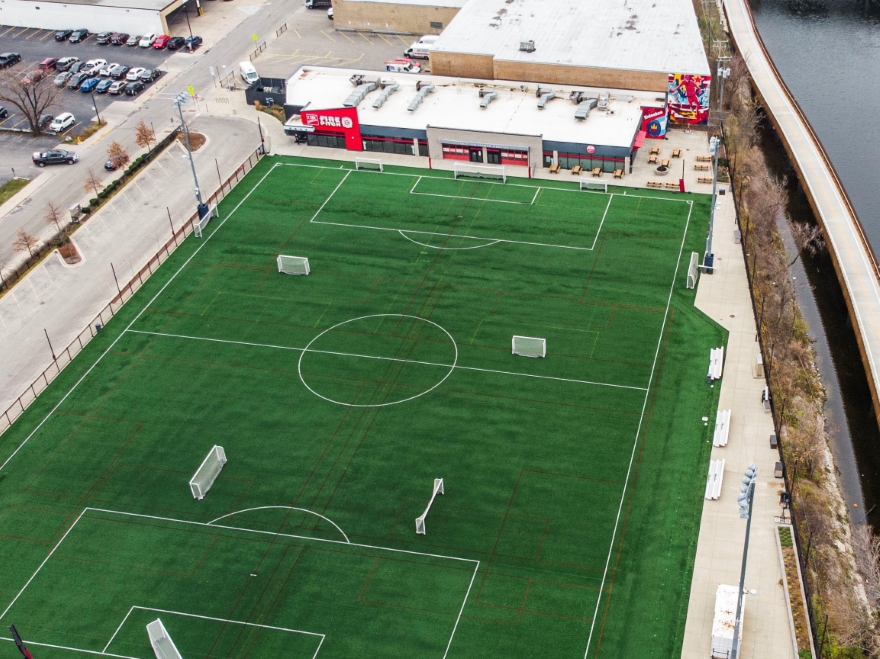 At Andell, Norton was the guiding legal light in building the CIBC Fire Pitch, a state-of-the-art training facility near Wrigley Field for Major League Soccer’s Chicago Fire. It’s since become a multi-use domed facility open to the community, featuring over 100,000 square feet of indoor playing space when the dome is in place, along with a separate indoor workout center, a Heineken-branded pub/restaurant, a team store and office space.

He still calls it his proudest achievement, Norton having been immersed in the design, meeting with engineers and architects, and seeing the facility used by youth and adult recreational leagues. “It’s incredibly impactful to the local community and to have played a part in in it was incredibly rewarding,” he says.

“The CIBC Fire Pitch gives the Chicago Fire, along with thousands of youth and adult soccer players, a year-round, world class venue for developing their soccer skills in a city severely lacking in public soccer fields, along with a terrific pub/restaurant for soccer watch parties,” Norton explains.

He would handle many more projects before bringing his experience to World Oil Corp. Donald Trump, Jack Nicklaus—just two of the “really interesting clients” he’d meet at a conference table. But there was a common denominator behind so many of his pre-World Oil projects.

“I seldom got to be around from start to finish,” he says. “I want to be part of what’s going on early, be able to change a project as circumstances change, help others succeed and see the results.”

It’s likely that Norton will be doing all that and more at Bakersfield Commons for a long time. 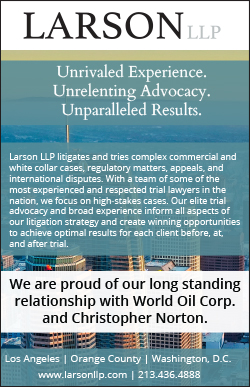