As a self-made attorney with a standard of living many only dreamed about—a house, a car, a rewarding career—Nigerian-born Chika Onwuekwe had all of the makings of a successful life in his home country.

Why on earth would he want to leave it all, his wife Chinwe would ask. Wasn’t this good enough? 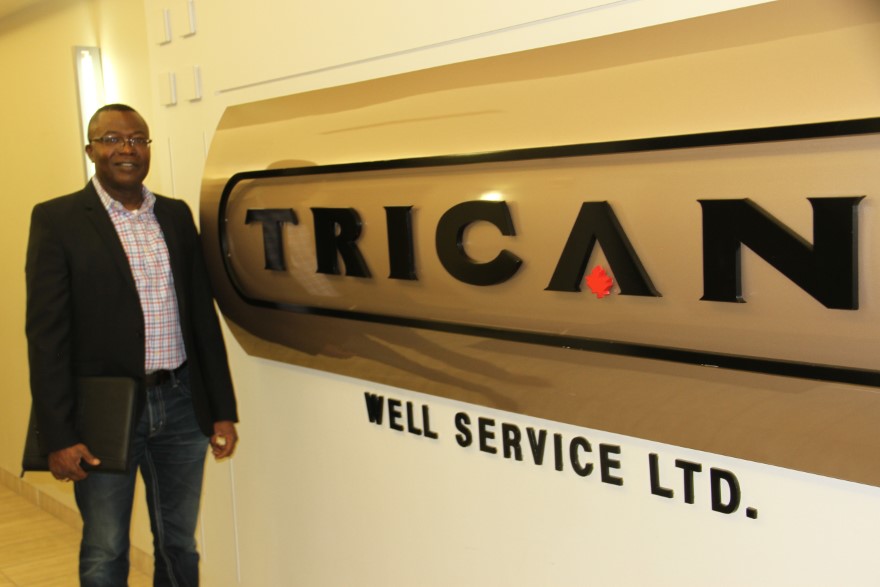 The answer, for him, was an emphatic “No.”

Given the chance to broaden his professional horizons, Onwuekwe made the decision to move to Canada in 2000, to embark on a new life by expanding his education—and seeing where his international legal interests would take him.

“I was crossing my own Rubicon,” says Trican Well Service Ltd.’s vice president of legal and general counsel, alluding to Julius Caesar’s crossing of the eastern Italian river during his march to Rome, marking a point of no return. “From day one I’ve been inquisitive and adventurous. I was willing to try things—never thinking of failing. That’s something that’s served me well and kept my focus on how to get things done,” says Onwuekwe.

Never satisfied with the status quo, he says the starting point of his journey was getting a good education—first in Nigeria, and later Canada.

While in his home country, he earned an LL.B at Nnamdi Azikiwe University in 1989. That was followed by certification to practice law in Nigeria in 1990 after successfully attending the Nigerian Law School in Lagos. He subsequently obtained an LL.M from the University of Lagos in 1994, with a focus on international law and environmental matters (tax work was another specialty) before joining Arthur Andersen (now KPMG International) as a business law and tax associate. 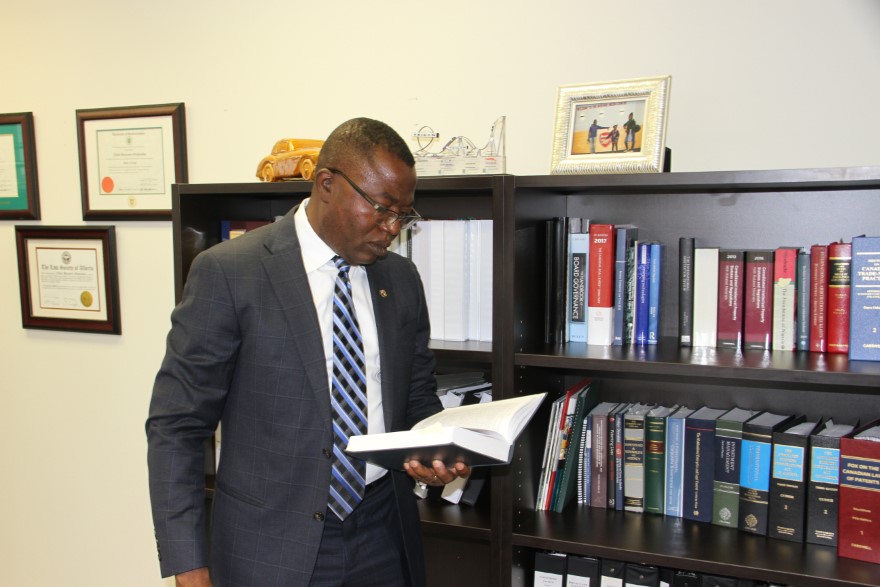 Ready for the next chapter, and with an expectant wife, Onwuekwe emigrated to Calgary, Alberta. He enrolled at the University of Saskatchewan, where he earned his second LL.M, along with an interdisciplinary doctorate in biotechnology and intellectual property law in 2004.

Supporting a young family—that would ultimately round out to two daughters and a son—Onwuekwe started practicing at the prestigious law firm of Macleod Dixon LLP (now Norton Rose Fulbright Canada) in the corporate technology group, drafting complex commercial agreements.

He also taught law and society classes for two years at the University of Calgary, where he enjoyed mentoring students. Branching out, he later worked as an associate at MLT Aikens LLP, handling everything from business law and IP to commercial real estate and natural resources law.

“It was a time of putting together the pieces, for both my career and figuring out how a lawyer could contribute to the strategy of a business,” Onwuekwe reflects.

And with that, he was ready for the next step in his career.

The call came from a headhunter in late 2009.

Meeting over coffee, Onwuekwe was told that his experience had impressed an as yet unnamed company out of Calgary. Asked if he’d consider working in-house to help the technology-driven oil and gas company go international, he immediately sent over his resume. 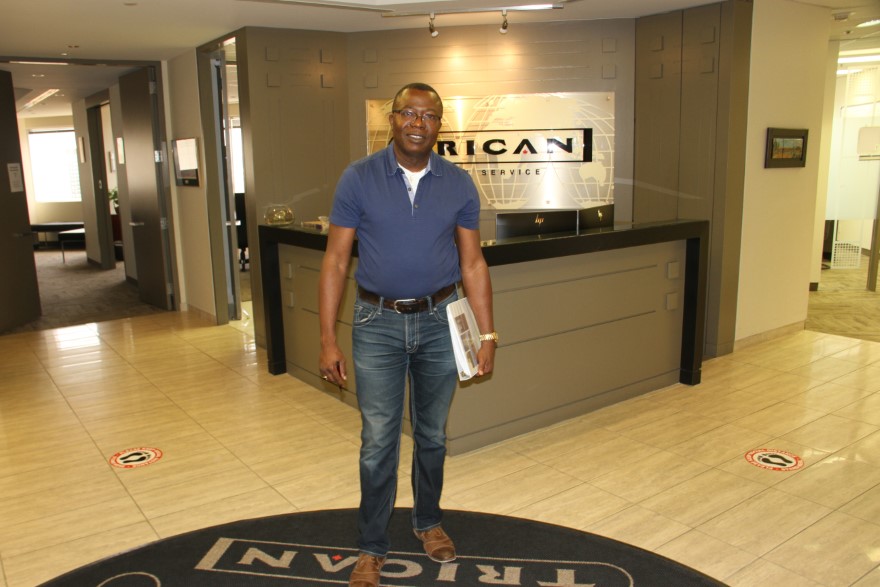 Sitting down for his first interview at Trican, the person interviewing him said the company was looking for someone who could help mitigate risks associated with things like wire and mail fraud.

“I told her I knew all about corruption coming from Nigeria,” Onwuekwe joked. “Her face froze and her jaw dropped, but she knew she found the right guy.”

In late 2015, Onwuekwe was tipped off to an opportunity to take the general counsel role at PTW Energy Services Ltd. As a startup, PTW was merging three Alberta-based companies and needed his expertise to develop a legal department and provide the new company with organization and direction. 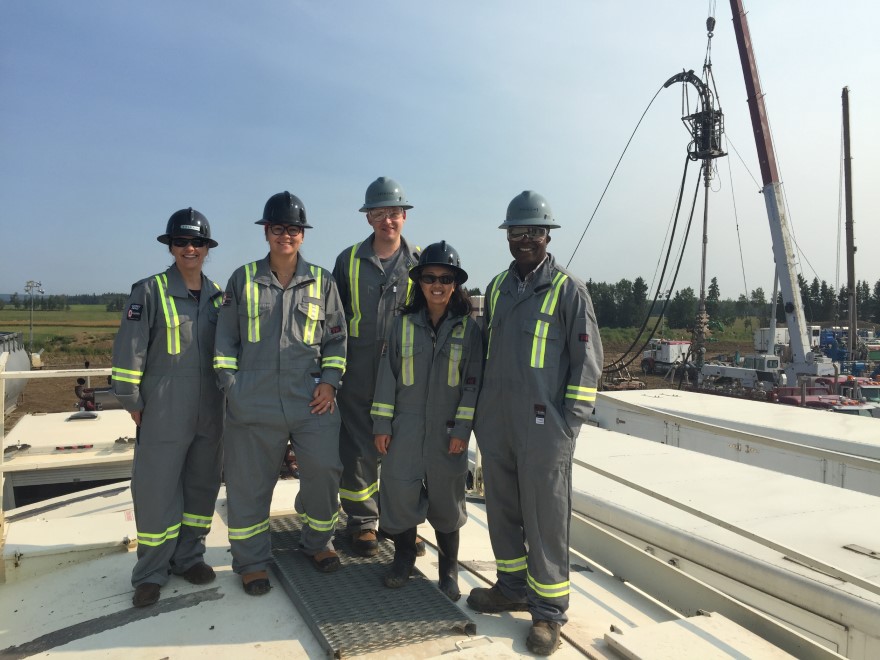 He was thrilled, and Trican reluctantly agreed.

In early 2017, Trican approached him with a request to return. After due consideration, “I told the leadership of PTW that I’d love to go back to Trican, as I have built a solid, reliable legal department at PTW. They said yes, but wanted me to set up replacement for a time,” he says. “That I did.”

Returning to Trican energized by his experience at PTW (and the insights it gave him), Onwuekwe was promoted to his current role.

“That’s when I started to build out the group, with people smarter and better than me,” he says.

By assembling a capable team, Onwuekwe says he set himself up well to “work smarter, not harder,” by having the ability to tap into different levels of expertise. 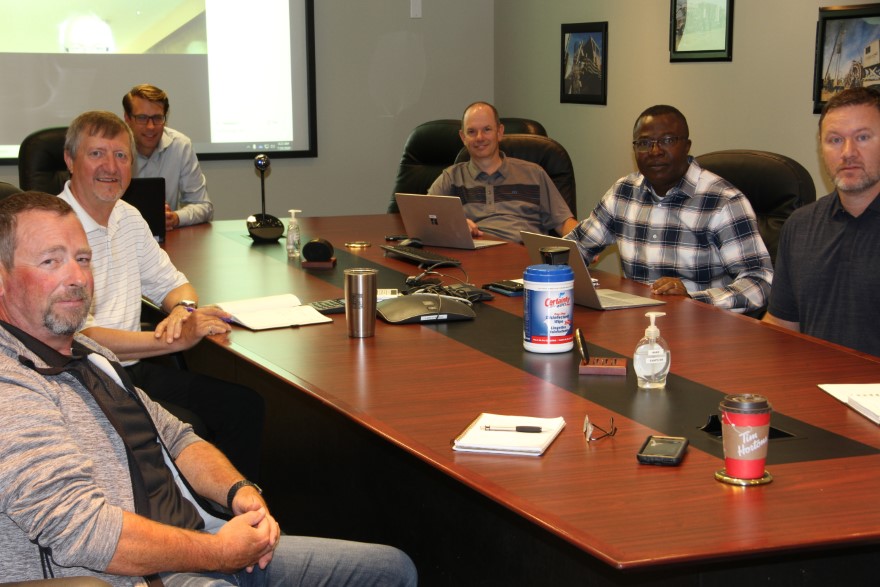 “The confidence of the board was there,” he says. “Trican was getting a lot out of its legal team—making money for the company and not acting as a cost center.”

As general counsel, he made it a point to know all aspects of the business and its operations, including when to engage outside counsel, while weighing in on timely issues such as how the company would handle the COVID-19 crisis. He also sought to create efficiencies by implementing Lean Six Sigma management principles, using data in a disciplined way to improve processes, support customers and make money.

The legal team’s latest efforts include supporting ongoing projects; developing an M&A strategy; establishing planning and protocols; managing Trican’s risks, such as downhole catastrophic losses or the safety of field staff; and filing patents to support the company’s IP portfolio.

“We are doing whatever we need to do to protect Trican’s interests and make the workload easier for the team,” he notes.

To better facilitate these changes, Trican has introduced technology, including automation software, that helps with everything from drafting contracts, reducing emissions and collecting research data to lowering costs and improving efficiency, invoicing and chemically treating water in the fracturing process.

“Through our work and by improving processes, we can give even better advice and deliver value to become an industry leader,” Onwuekwe adds. 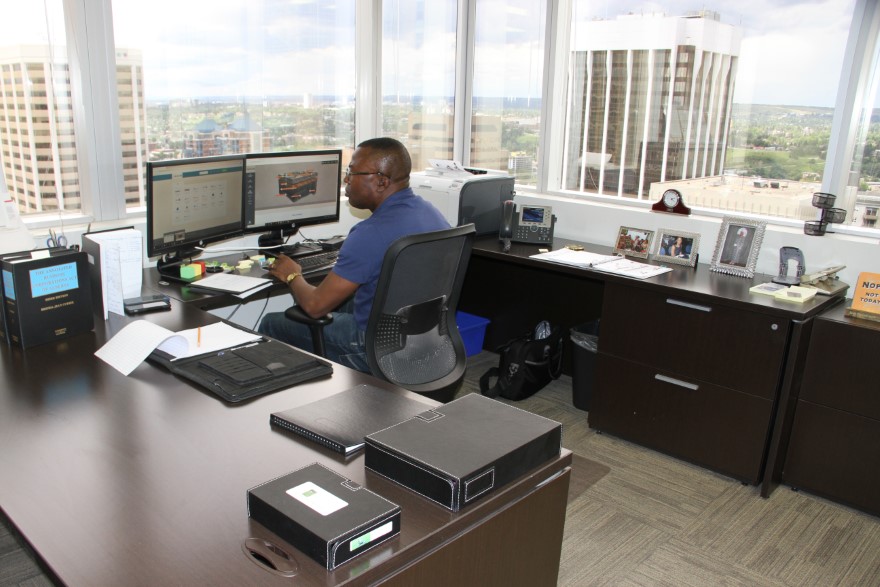 More than that, he says, there’s considerable pride about what Trican has achieved internally: producing a legal team brought together through continued education and collaboration. For Onwuekwe, it’s just another example of how a general counsel can contribute to growth, safety and strategic direction—regardless of the company.

“It’s an exciting time at Trican,” Onwuekwe says. “As Alberta’s energy industry looks to reliable services and companies to sustain growth in the production of oil and gas, we can meet the need by employing the latest ESG [environmental, social and governance] criteria in a responsible manner. If someone reading this article can look at my story and be inspired, then I will consider myself successful.” 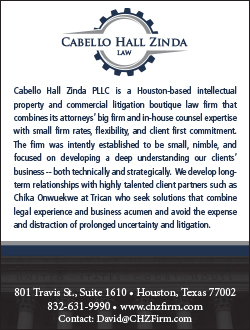 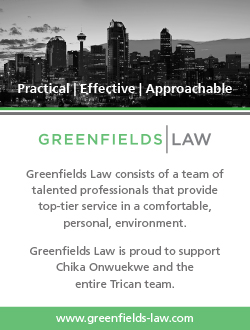 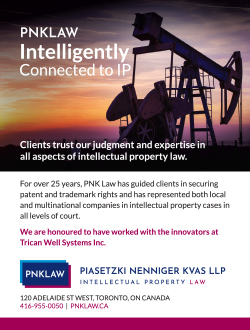 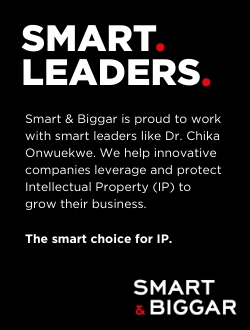