One of the beautiful things about working close to Killington is being able to hike up a beautiful mountain on a fresh winter morning, snowboard down the slopes at dawn and still get to work on time.

That peace and tranquility weaves itself into the fabric of Colin Owyang’s life as general counsel at the Vermont Electric Power Company (VELCO), and it’s one of the many privileges of being part of this progressive utility that returns every dollar it earns back to Vermonters—the only electric transmission company in the country to do so. 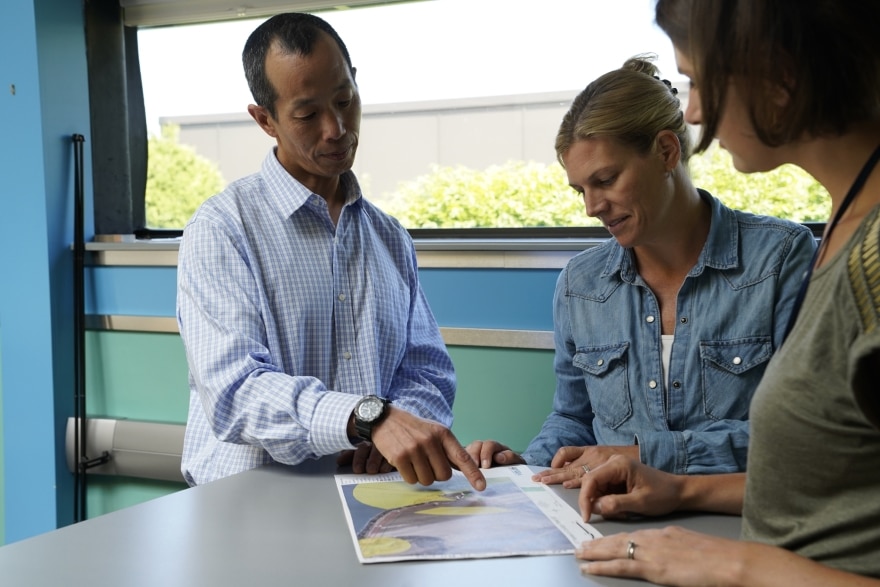 “VELCO’s primary focus has always been around keeping the lights on safely and reliably, but now we have to do that in a fundamentally changing world,” Owyang says. “Tried and true practices over decades have been conservative by design, but now we must adapt today’s innovations to tomorrow’s new world.”

A stake in the game

What makes Rutland-based VELCO unique, Owyang says, is the organization itself. None of the other electric transmission companies in the country are structured the way VELCO is—a private company that returns all of its earnings to Vermonters through its owners.

It was 1956 when Vermont’s local utilities joined together to establish the nation’s first statewide “transmission only” company in order to create and maintain an interconnected grid. Transmission is the process of carrying high voltage power to substations where it can be transformed to supply local customers through electric distribution companies. 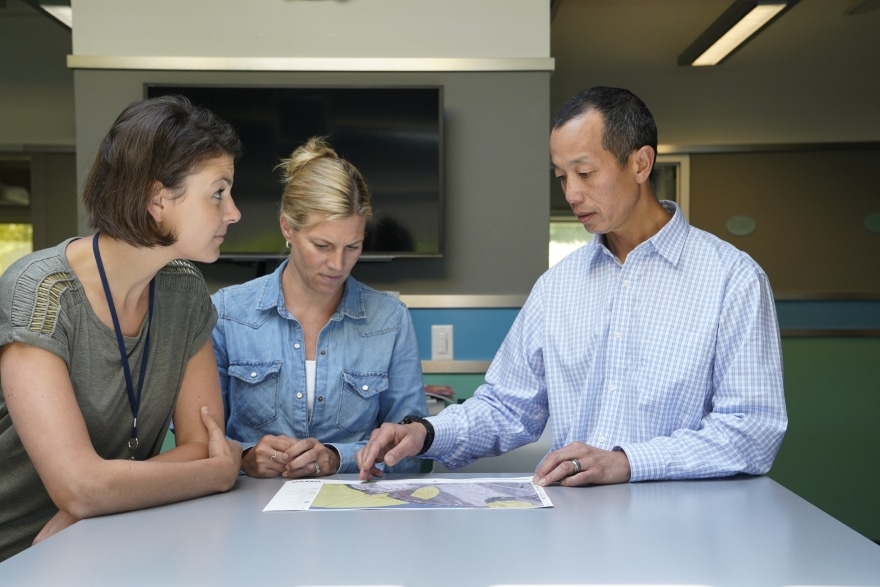 As Owyang explains, most utilities are either investor-owned utilities with private shareholders or public cooperatives with members. VELCO, which has annual revenue of around $200 million, is both. Its owners are all of Vermont’s distribution utilities—all of which are municipal companies or cooperatives or certified B corporations. All of those owners credit VELCO earnings against the retail bills of every Vermont customer.

“Probably the best way to describe it is that it is like a retail or grocery cooperative where you get a portion of the profit back as a dividend; here, you get a credit back on your bill,” he says “The VELCO model is the best of both worlds, regulated to serve the general good of the state, but a private company with the ability to be  innovative.”

Though not without limitations.

Building a barn with Star Trek inside

Take the landscape of Vermont, known for its rural character. Owyang says that can pose an challenge with new developments, which must meet with local sentiments and development regulations.

So how do you build modern infrastructure to that respects Vermont’s rural character?

You build a structure that looks like a quaint red barn one could have found 100 years ago along Route 100, and trick it out on the inside to make it look and operate like a high-tech set of Star Trek, then flip a switch. Such is the plan in 2020 to build a backup control center in a secure environment.

There, in this sci-fi setting, an operator can monitor the moment-to-moment energy usage surging throughout the state, in the event the primary control center is compromised. Even bucolic Vermont’s infrastructure is under threat of cyber-attacks like the rest of the country.

“It’s a complex undertaking on its own, from a security and regulatory perspective, and its subtly playing itself out in scenic rural Vermont in front of our neighbors,” he says.

Other projects include working with the New York State power authority by replacing older oil-filled submarine transmission cables with modern and more environmentally-friendly ones underneath Lake Champlain between the state borders to a new termination station in Grand Isle. The change will ensure efficient power delivery from cleaner resources for decades.

“Our system will be well-protected,” Owyang says. “We are all incredibly proud that our little Vermont utility is offering best-in-class practices found across the world by employing technology to develop and run a safe transmission grid.”

To everything turn, turn

Vermont has taken on an ambitious agenda, Owyang says, to look at power from renewable energy sources in response to climate change. 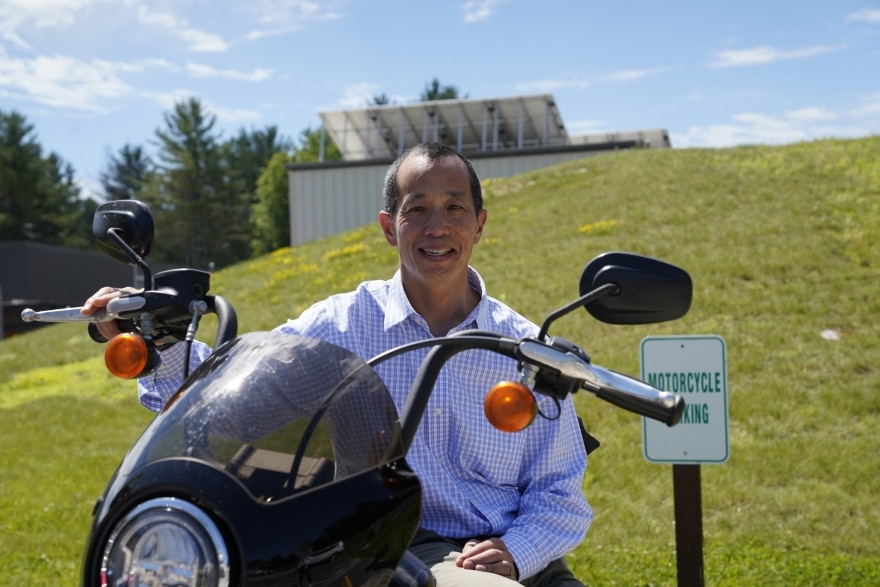 Prior to Owyang joining the company, VELCO had for several years collaborated with IBM research to develop technology to better forecast the amount of electricity being generated by increasing amounts of renewable generation, through wind, hydro and solar.

Three years ago, that collaboration reached an important juncture when VELCO and IBM created Utopus Insights, to provide of the next generation of software to improve renewable generation forecasting through weather analytics. One year later, Utopus Insights was acquired by Vestas, a Danish company which is the largest manufacturer of wind turbines in the world.

“That deal has so far provided Vermonters with a $12 million in value,” he says.

It’s been an interesting life’s journey.

A native of Worcester County in central Massachusetts, Owyang found his way to the Green Mountains and became the general counsel and chief compliance officer and corporate secretary at the VELCO in 2016, also serving on the board of trustees at Champlain College in 2018 and taking a board director position at the Vermont Energy Investment Corporation last summer.

“It’s such a small state, but a powerful one in its connections,” Owyang says, commenting how rewarding it is to volunteer on boards such as a restorative justice panel to help victims and offenders make amends. “Tight-knit connections mean we can solve problems quickly by picking up the phone, or sitting down over coffee.”

At the end of the day, like the beginning, he finds peace and grounding with his environment and the people in this community he is grateful to call home.

“The most rewarding thing is knowing that I contribute to the sustainability and well-being of Vermont through a business that provides essential services affordably. It’s a great privilege,” Owyang says. 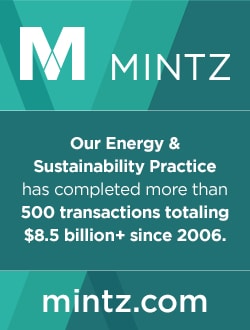 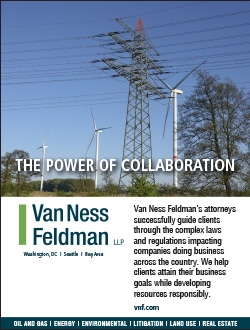 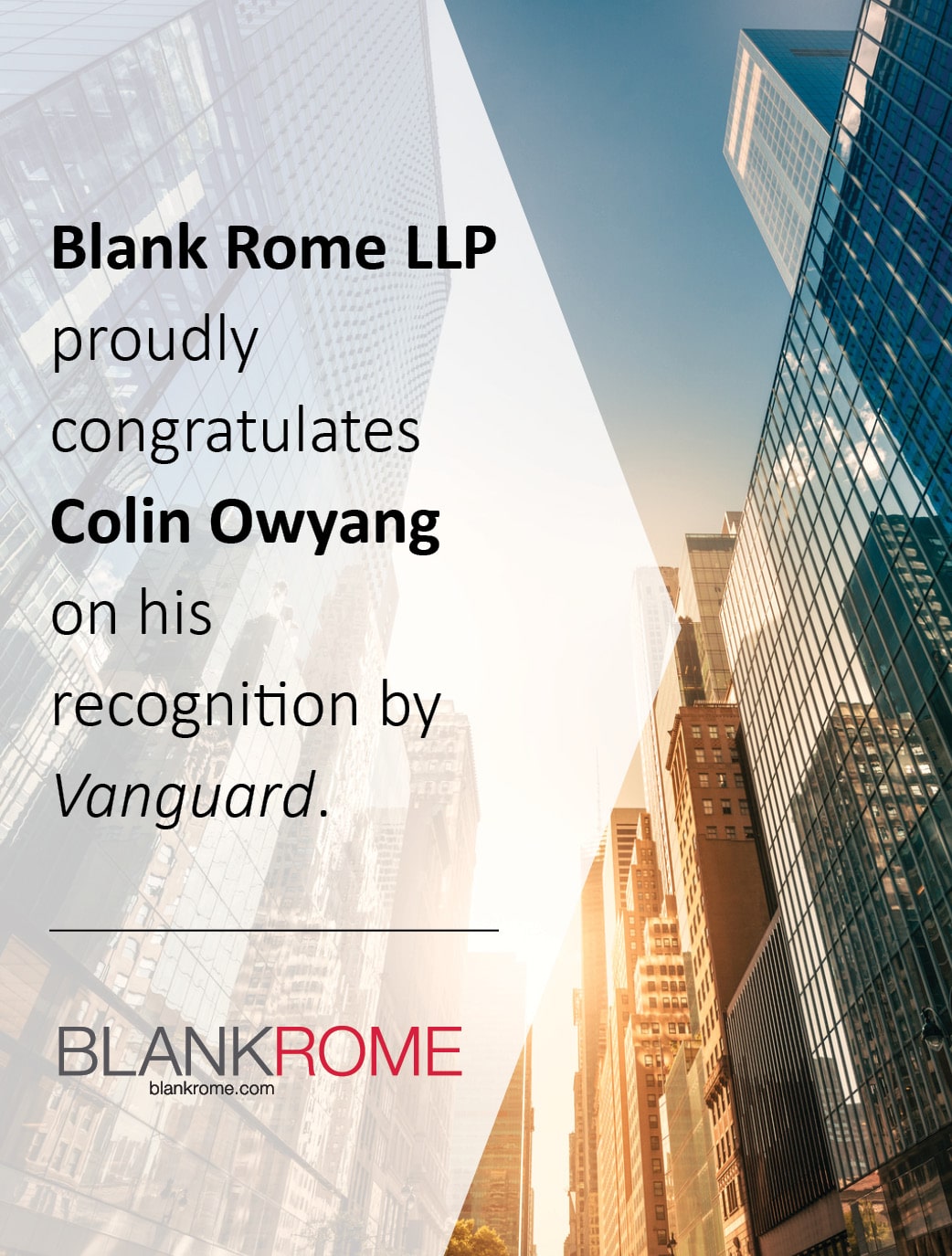 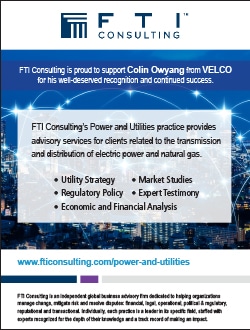