Harnessing the power of legal innovation

A growing commitment to electrical efficiency and low-emission technologies. Revolutionizing trains, power plants and ocean liners by swapping out carbon fossil motors for electric ones. Customized solutions that are sophisticated and highly automated.

GE Power Conversion finds itself in the midst of a paradigm shift in how the world views energy consumption, serving as an incubator for big ideas and transformational technologies. 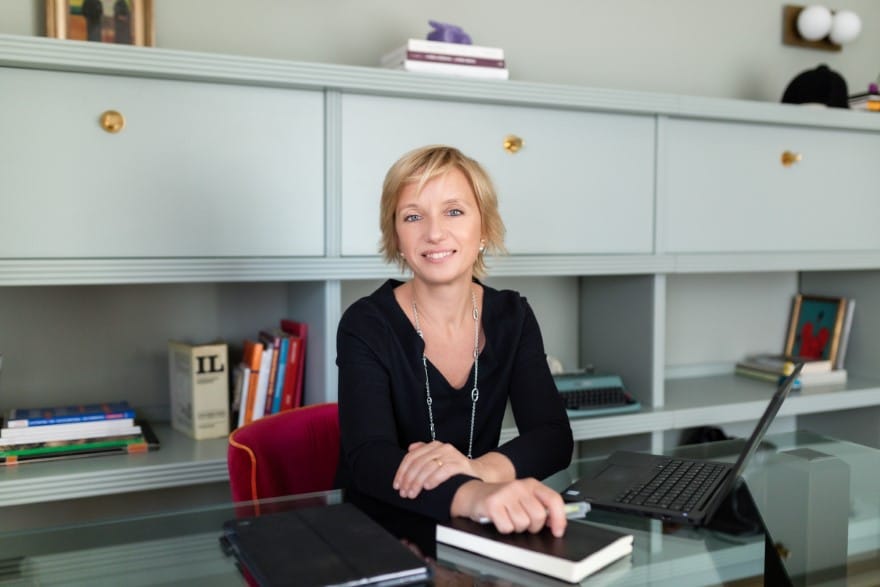 It’s an identity that General Counsel Elisa Lambertini wants her legal department to make its own.

“Over the last few years, there’s been a significant transformation within the business,” says Lambertini, who joined GE’s Power Conversion business in 2012, following a seven-year run as senior commercial counsel and leader of the risk management organization for GE Energy Services. “The focus is on continuous improvement and becoming leaner at every level—using better tools, being more structured. We think our department can be a leader in that area.”

That push began—as so many in-house legal projects do—with the contracting process. Each year, working closely with the company’s commercial team, Lambertini’s department handles thousands of customer and supplier agreements.

“The business needs to move fast, but it also has to manage risks accurately and ensure compliance with the law and with GE integrity standards,” Lambertini says.

Inspired by how engineers in her own company had leveraged analytics to drive transformation, Lambertini recently helped develop and pilot a new software tool that can review a 60-page contract or request for quotation in as little as two to three minutes.

By identifying key terms and highlighting them for other teams in the company, the tool allows for faster decision-making on things like terms and conditions, risk analysis and more.

Rules of the road

Hyper-diligence isn’t the system’s only benefit, however; it’s also serving as a teaching tool. For example, if the AI tool identifies problematic language being used in a contract, it can propose changes to the actual wording, helping less experienced teams (especially on the commercial side) create better legal frameworks.

“Now we can examine our entire portfolio of contracts and identify where the biggest risks are,” Lambertini explains. “We don’t want to replace human beings, because in the end you need people to decide whether to move forward with the proposed changes. It just means we’re spending less time going over every line of every contract, which lets us use that time for more added-value work and strategic thinking.” 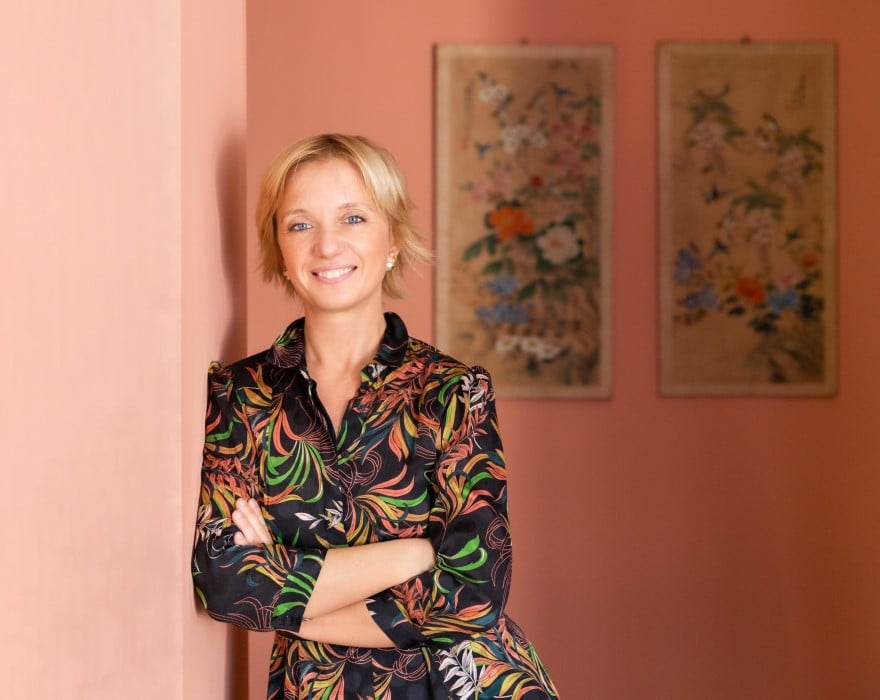 In addition, Lambertini is looking to adopt a new platform that would allow her far-flung team (which has a presence in seven different regions around the world) to access, store and share documents and emails as well as edit documents in a single, centralized location—without having to email drafts. When a document is updated, everyone is notified—similar to platforms that international law firms have adopted.

The goal of these tech upgrades, Lambertini says, is to create new key performance indicators and protocols for her own department: things like reducing the time it takes to finalize a contract, establishing processes that fit the company’s broader quality management systems, and documenting all the company’s legal protocols in one, regularly audited quality-management system.

Lambertini is also asking each member of her team to embrace the innovation and new technology. For her, things like blockchain, AI, IoT, smart contracts and analytics aren’t merely welcome; they’re essential to the company’s broader goals of continuous improvement.

“The more autonomous GE Power Conversion becomes, the more efficient and effective we have to become,” Lambertini says. “It’s a great opportunity, but we have to make sure we’re taking advantage of it.”

It’s a mantra Lambertini knows only too well.

Born and raised in the Italian city of Milan, Lambertini drew early inspiration from her mother, who founded her own consulting firm in the 1970s—a time when women-owned businesses were a rarity in the country.

“I’m not one of those people that always knew I wanted to be a lawyer,” Lambertini reflects. “But my mom was a role model in many senses. It inspired me to choose the path in life I wanted.” 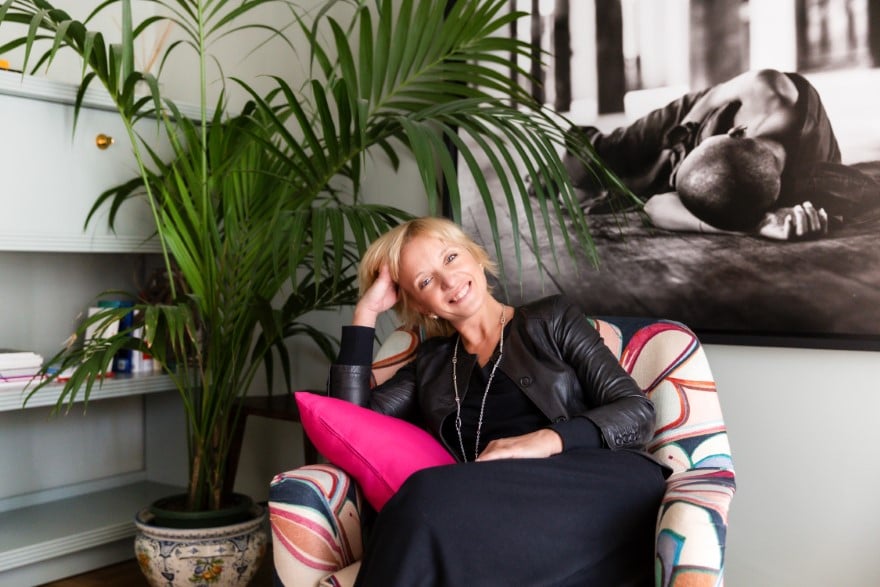 When Lambertini first expressed an interest in studying law, her mom encouraged her to study English, believing that a multilingual skillset would give her a leg up in pursuing a more globally oriented role.

After earning her degree from the University of Milan in 1998, she joined the Milan office of Baker McKenzie, one of the world’s most prominent law firms. As a senior associate, Lambertini worked on everything from litigation and labor law to commercial transactions.

“Those eight years gave me the foundation I needed,” she says. “I learned about accountability, how to think clearly, how to interact with clients. It was invaluable.”

The experience was a proving ground for her next opportunity: joining the legal department of GE’s Energy Services Division in 2005. There, she negotiated complex commercial transactions all over the world, including the company’s first contractual service agreement in Russia.

“It was an amazing opportunity to grow as a person and a professional,” Lambertini reflects. “I felt like a citizen and a lawyer of the world, not just of one country.” 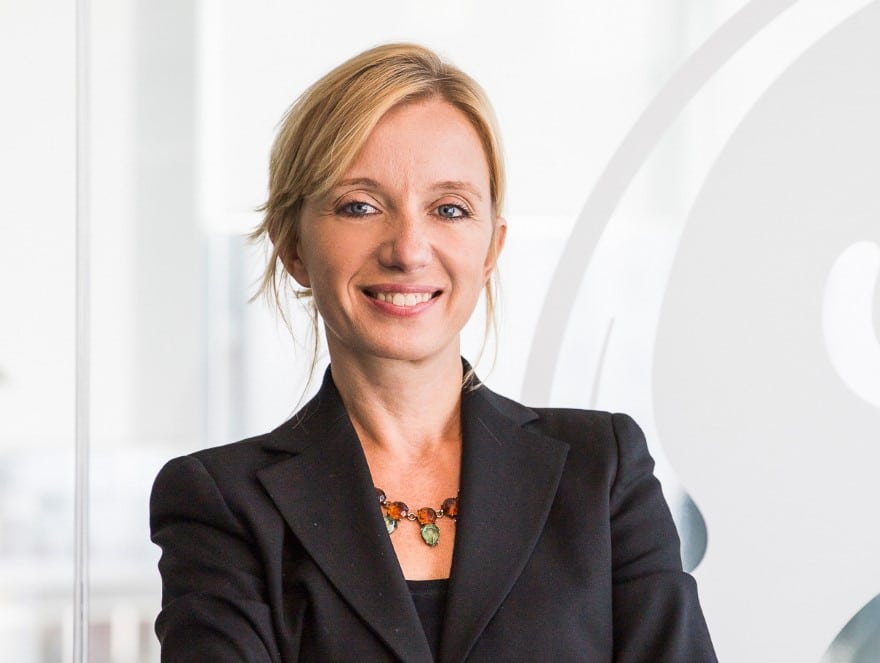 In 2010 she relocated to GE’s Atlanta offices, where she oversaw a global team of lawyers, working on high-stakes deals around the world.

Then, in 2012, came the biggest break yet: a chance to structure the commercial legal department for GE Power Conversion. Four years later, she was asked to helm legal, compliance and enterprise risk management for the entire business. Now back in Europe (first in Paris, then to her native Milan, where she continues to work), Lambertini has played a critical role in the company’s restructuring—thanks in no small part to the backend upgrades she helped implement.

It’s a role that—like the world around her—continues to grow and evolve.

“The international aspects of my job have only gotten bigger, and that’s something I’m truly grateful for,” Lambertini says. “In this company, we talk a lot about being more connected to the world. I think that’s so important. Our world has a lot of challenges in front of it and no one person or country can solve them alone. It takes everyone working together.” 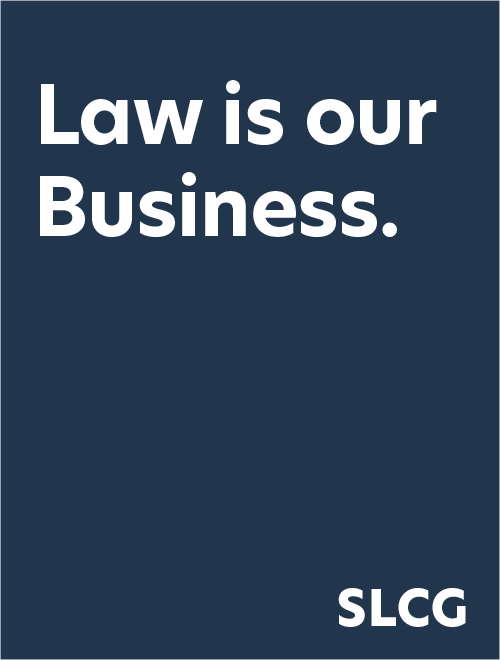