Out of the fire, into the laundry

There was the fired employee who stole intellectual property, and then used the threat of litigation to try to blackmail the company (spoiler alert: it didn’t work). A few years later, there was the battlefield promotion when the boss up and quit, leaving behind an incomplete budget and a quarter to close. Or that time when a bot breached the company’s systems and put its entire security at risk.

In the corporate legal world, you have your run-of-the-mill fires—minor compliance issues, contract disputes and the like. And then you have your five-alarm infernos. 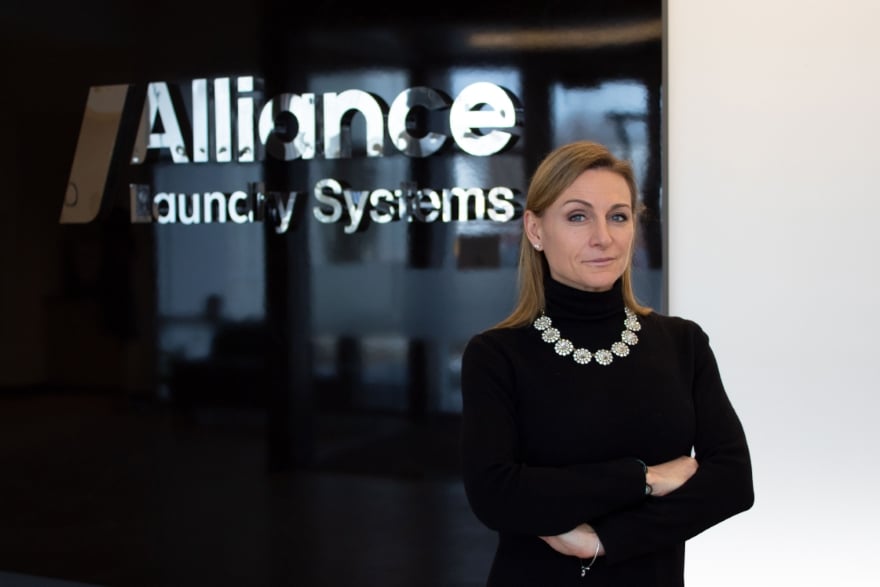 Connie Geoghan’s first year at Alliance Laundry Systems has been mercifully short on the latter; though she is confident she has the resources she needs should a blaze break out.

“There’s no such thing as a crisis management team of one,” says Geoghan, deputy general counsel and chief compliance officer for the Wisconsin-based Alliance. “You cannot find yourself in a situation where you’re trying to do it alone. The trick is learning how to build relationships and marshal resources so you can leverage them where you need them when it will help you the most.”

As the top compliance officer, Geoghan’s priority is bolstering the company’s compliance posture, both in the U.S. and among its global operations (including plants in the U.S., China and Thailand).

On its face, Alliance’s business model—commercial and residential clothing washers and dryers, corporate-branded laundromats and laundromats licensed to use or franchised under certain Alliance brand names—isn’t the kind one would expect to draw heightened regulatory scrutiny. Not nearly at the level of the finance or health care industries, anyway.

However, Geoghan says it’s imperative, given Alliance’s global reach—and vast manufacturing arm—that the company’s compliance function remains ironclad, particularly when addressing issues in the areas of labor, operations and accounting. Using a compliance management software program, Geoghan is able to monitor issues from across the Alliance ecosystem and sort them by filters including geography and subject matter.

“The better you are at tracking where and what the issues are, the easier it is to refine your compliance program to reflect that reality,” Geoghan says. “So rather than having these buckshot solutions that touch loosely on everything and meaningfully on nothing, we can be more targeted and relevant in our approach.”

Internally, Geoghan relies heavily on what she calls subject-matter expertise: people within the Alliance organization who are trained to address specific issues, from employee disputes to manufacturing and inventory questions to IT security concerns. 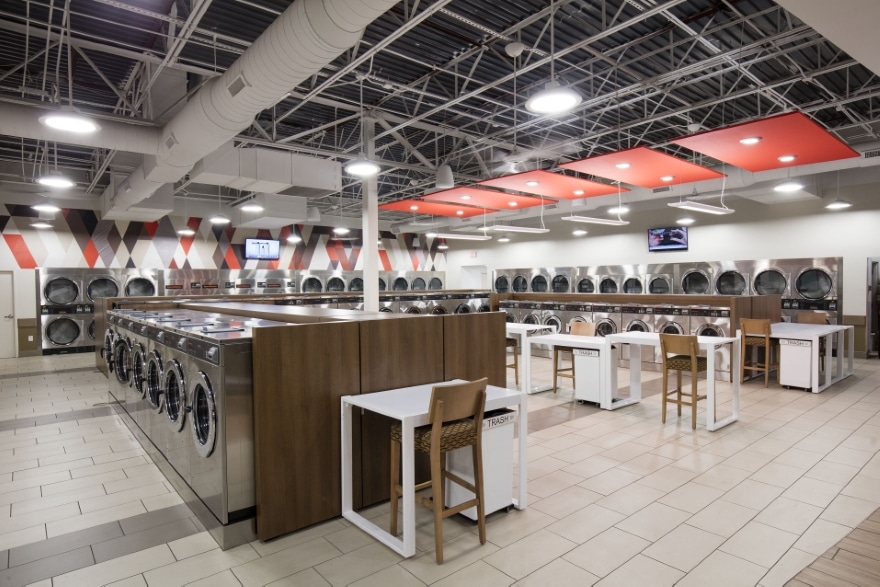 When an issue requires interacting with local agencies (especially those in other countries), Geoghan will typically turn to outside counsel, what she calls her “boots on the ground.”

For example, whenever data protection regulations change—making what was “okay” last year “not okay” this year or, more complicated still, okay in one country but not okay in another—it’s Geoghan’s job to figure out how to “pull the company out of the multitude of holes that opened up in the landscape.”

“The fact is, no one person can have their finger on the pulse of all the changes that happen within a country’s regulatory framework,” Geoghan says. “So you need those advisors to give you those alerts and bulletins as they arise.”

In an effort to improve the company’s global compliance efforts, Geoghan is working with colleagues on a corporate structure optimization project, designed in part to help staff Alliance’s international offices and operations with personnel who understand the legal and business nuances attendant to doing business wherever the company operates.

Taken together, Geoghan says the many demands have made for an exciting (and humbling) first year on the job—one thankfully free of major crises.

Then again, Geoghan has always been one for meeting things head on. So long as it didn’t involve blood.

After earning her B.A. in English from Skidmore College in 1994, Geoghan’s goal was to follow in her father’s footsteps and become an oral surgeon. There was just one problem: Whenever she saw blood—as is often the case when assisting with a surgery—she fainted.

“It became a running joke,” Geoghan recalls with a laugh. “They would have to drag me out into the halls. At some point my dad had to very gently say, ‘We all have our strengths in this world, and this isn’t yours, so go find it.’”

While working as a nanny in northern New Jersey (and moonlighting as a professional skier), Geoghan was encouraged by the childrens’ father to apply to his alma mater: Fordham Law School.

Upon earning her J.D. in 1999, Goeghan joined the New York firm of Caldwalader, Wickersham & Taft, where she quickly developed a love of business law: mergers and acquisitions, complex financial transactions, initial public offerings and so on.

Out of the frying pan

But it was in the corporate world that Geoghan soon found her calling—and, over time, a knack for crisis management. By all accounts, her first assistant general counsel role—for Vertue, a consumer services marketing company—was relatively drama-free.

After arriving at the Telx Group, a data center company, in 2006, it didn’t take long for Geoghan’s mettle to be tested.

First it was the disgruntled ex-employee who, after allegedly stealing intellectual property, fabricated allegations of impropriety against the company and suggested that for a six-figure payment she would refrain from taking the story to the media.

“I was aghast,” says Geoghan, who can laugh about the incident now, “but thanks to having the right resources in the right places, we were able to run a quick and efficient investigation, disprove the allegations, close the matter and get back to business. And no, we did not pay her.”

A few years later, Geoghan was asked to lead the Telx legal department on an interim basis when the general counsel stepped down and the new GC had yet to be hired. She reprised the interim leader role at Equinix Inc. when the director of commercial contracts left the company on short notice, leaving behind a sales quarter to close, a budget to finish and a team to lead.

“It gave me my first taste of being the person people turn to when things go off the rails,” Geoghan recalls. “When everyone is looking at you and asking ‘what now?’—you’d better have thought through an answer.”

Following a one-year stint as managing legal director for Amerimar Enterprises—where she helped handle a cybersecurity breach a mere three weeks into the job—Geoghan joined Alliance in 2018.

And while her first year hasn’t been without the occasional fire, what she’s learned along the way is helping ensure that none of them burn out of control.

“Not responding is never the right answer, but neither is calling in the S.W.A.T. team for every issue that crops up,” Goeghan says. “The most important thing is knowing who to call and when to make that call. Between our internal and external resources, we feel like we have those bases covered.” 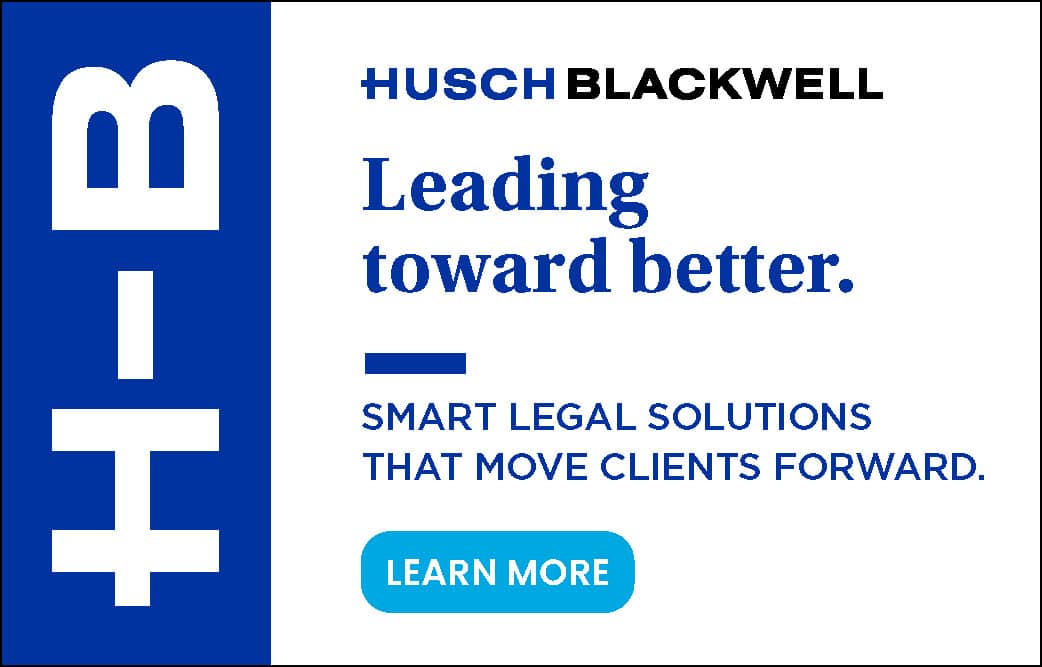