Driving thinking and value, without borders

Got to ensure the legitimacy of professional certifications. Someone’s safety might depend on it.

So reminds Cordell Jung, senior vice president and general counsel of Assessments, a division of Minnesota-based Pearson. Catching and prosecuting those who cheat on exams or steal intellectual property is among the many roles of his legal team that manages globally for Assessments. 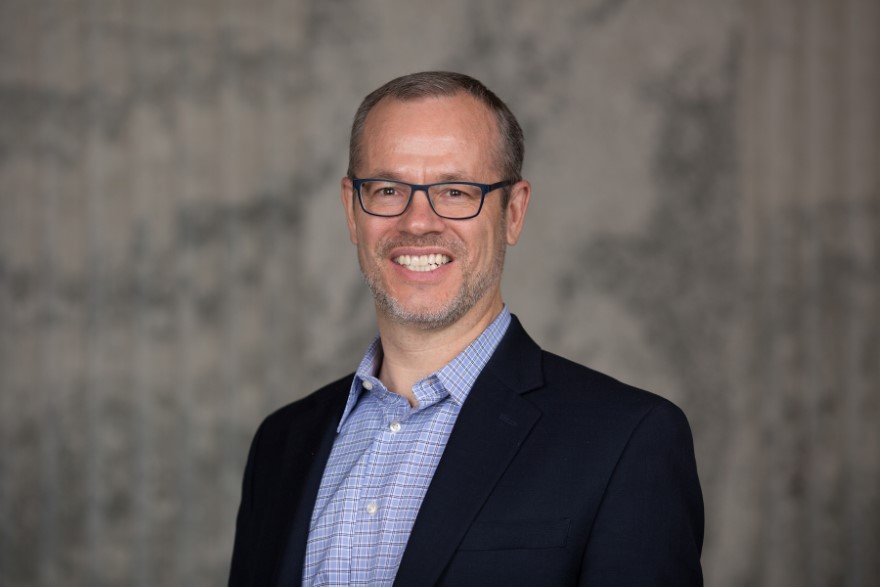 “My team is built to be agile so we can handle whatever issues come up globally,” Jung tells Vanguard in August.

The firm delivering computer-based testing solutions in over 180 countries, its clients range from licensure and government agencies to the top global technology companies and large nonprofits.

And while Jung manages all legal matters for what is the world’s largest assessment and education technology company, he remembers the avuncular advice he heard decades ago while working on his uncle’s farm in South Dakota: “We all have to earn our keep,” which has become his guiding principle. 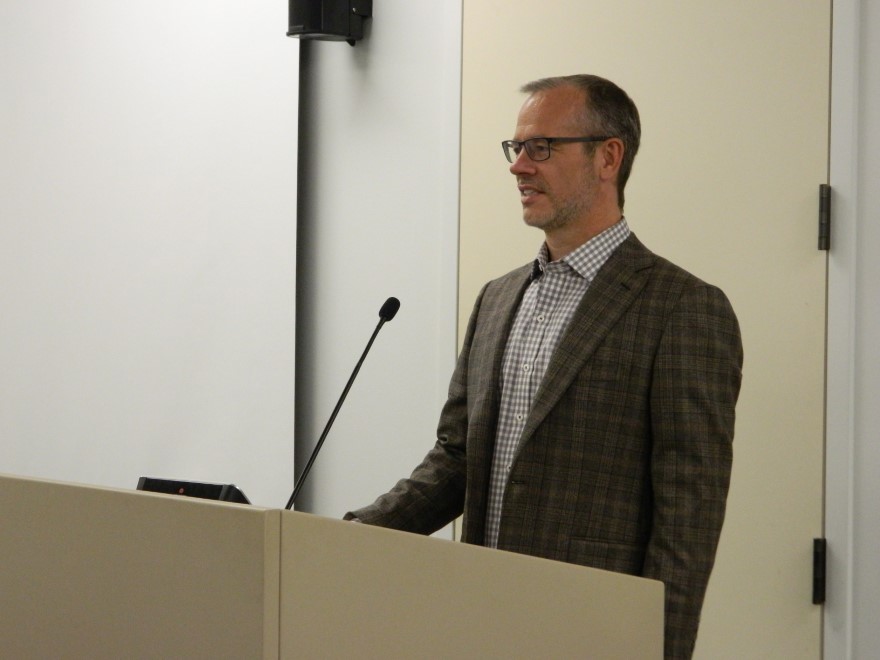 “In today’s corporate context, it’s about how you show value in an organization,” explains the intense but good-natured Jung, whose lawyers are dispersed in India, the United Kingdom and numerous U.S. cities.

“That’s how I believe we must function in an organization. We’re not an office that sits back and waits for the business to bring us a problem. We’re part of the team. We understand our products and services, our clients, our markets, and we also understand the challenges we face as well as the opportunities. We know what’s going on, which is vital. If you don’t know what is going on, then you can’t be the trusted advisor the business is depending on.”

As far as tangible value goes, Jung can point to the more than $200 million in lost revenue his team has helped reclaim in the past 12 years. That came from him linking his legal advisors to the global proposal team, the result being an enhanced protest program that’s gone after procurement decisions whereby the awardee might have omitted some of their negative attributes or attempted to manipulate the scoring rubric in the procurement process.

“The organization had not won an outright protest until we started this program,” Jung says. “But through strategy and opportunity we won many and it was more successful then I would have ever thought.”

His team’s ability to support and negotiate deals also assisted in growing the organization’s revenue by six times since he started.

This was certainly true when Pearson VUE was evaluating its next generation of biometric hardware and Jung was appointed as an executive sponsor managing the team with this key decision. A major tool for authenticating test-takers was the Palm Vein scanner because of its privacy sensitivity that allows it to navigate through what’s now the European Union’s General Data Privacy Regulation and other global regulatory requirements.

Data privacy wasn’t even seen as crucial over 15 years ago when Pearson VUE opted to integrate the device into its technology platform. Jung says it’s likely saved tens to hundreds of millions of dollars in litigation and compliance costs.

He points to the flood of biometric class-action lawsuits in Illinois and elsewhere, as some technology companies have settled claims for over $500 million. His organization was able to eliminate two such lawsuits, including attorney fees, for less than $40,000. 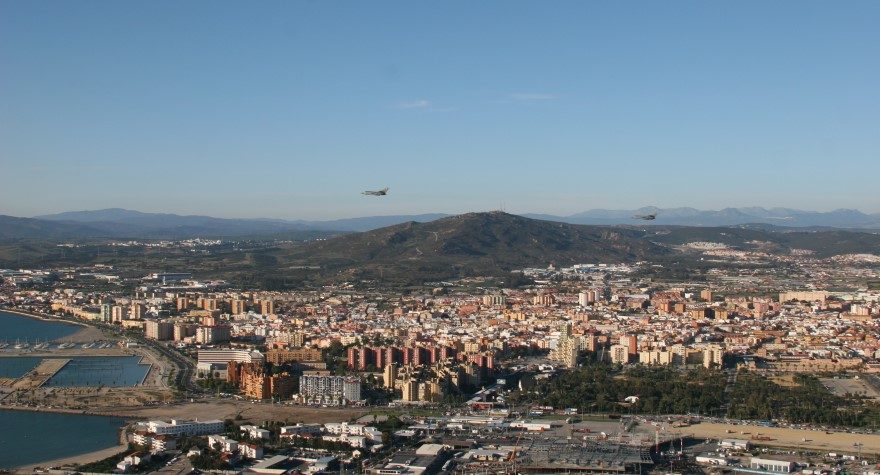 “Our privacy program was so mature it provided us the upper hand in these cases.” Jung says. “When you convince the organization to spend extra money on these future risks and they pay off, it provides a great sense of partnership and pride that you were able to benefit the organization.”

It has also pulled him into other key decisions.

Cordell developed the Critical Incident Process for Pearson VUE, the computer-based testing division of NCS Pearson that, somewhere around the world, delivers a new test every 3 seconds. Its value was obvious when COVID-19 hit, forcing a rolling temporary closure of test centers globally and a focus on the immediate need for online testing and learning.

Not only did the incident process work seamlessly, Cordell was assigned to communicate with government officials regarding the effects of the pandemic on testing.

“I have spent many hours talking to governors’ and mayors’ staffs about their COVID-19 executive orders so that they wouldn’t inadvertently limit new nurses, medical technicians, emergency responders and other front-line workers from entering the workforce at such a crucial time,” he says.

In just about any profession where a license or certificate is necessary, NCS is likely to be involved. It’s a lesson that some people—and entities—seem to learn the hard way.

“It’s the value we bring to our customers,” he says. “When it comes to licensures and testing, we’re supportive of our customers in any way we can around the world.” 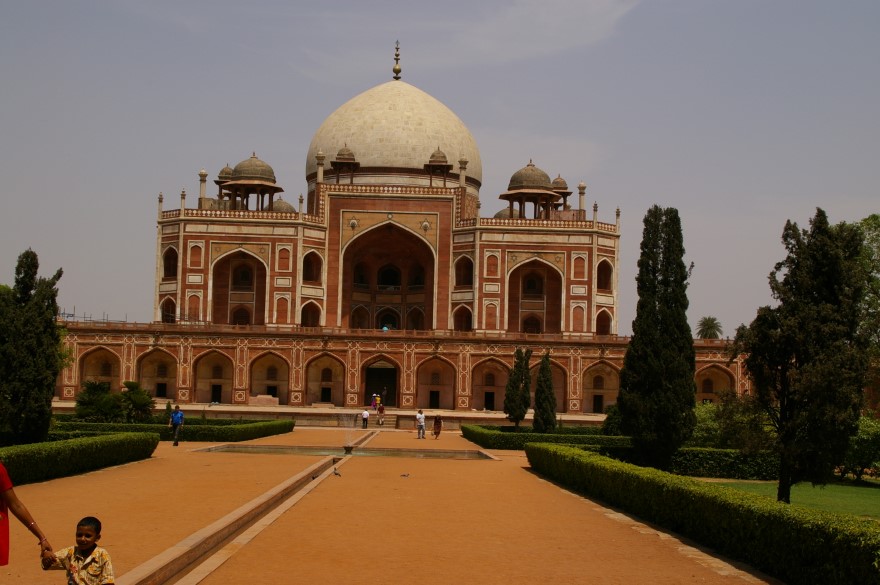 He explains that there will always be somebody who tries to undermine the process by cheating or through IP infringement, and NCS has chased them down to the other side of the world—literally, that is.

“We just got a conviction in Thailand this July,” Jung says. “The test-taker tried to wear spy glasses to steal digital content, but we caught her and worked with prosecutors in Thailand to get a two-year prison sentence.”

They were also involved with the raid of a residence in Taiwan where police confiscated numerous servers, closed the organization’s website and made several arrests. A cheating ring in India and Texas was also busted when they caught wind of someone taking a test on another’s behalf with a borrowed ID. Lone Star authorities being duly informed, they caught the individuals whom likely will never be professionally certified. 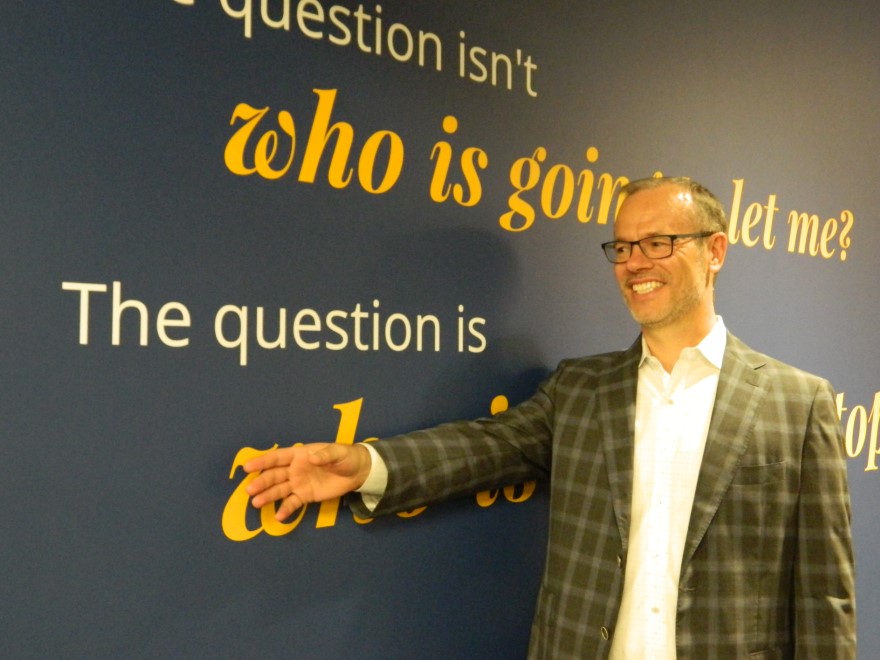 “We used to have a much more difficult time convincing law enforcement to investigate and charge these individuals, but since last year’s college admissions scandal, law enforcement is much more eager to work with us,” Jung says.

There’s particular satisfaction in mixing legal acumen with business and technology, he says, and the latter was Jung’s early passion. Upon graduating with a degree in economics and finance, he spent a year fixing computers and then went on a lengthy missionary trip to Brazil—an eye-opener for a young man with a social conscience.

“That experience made me want to build something rather than just rack up billable hours,” says Jung. “It’s shaped my business philosophy: How can I develop my team and how can we assist a company to be successful?”

By adding value, of course.

“The two accomplishments I am most proud of is having a diverse team who feel comfortable enough with me to debate the tough issues, and watching them develop from entry level roles to vice presidents who now manage global lines of business and compliance programs,” he says. 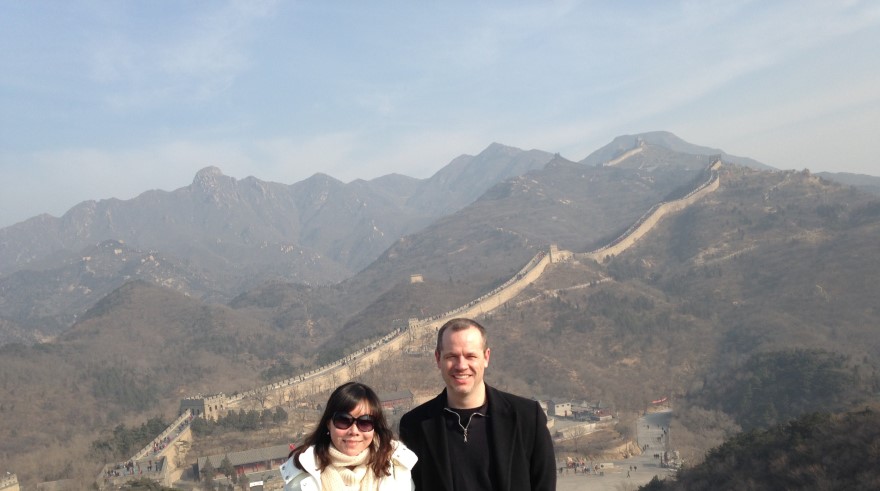 The Twin Cities, of course, have been going through turmoil since May, and Jung hopes he can support progress in this area. His memories of the Brazilian underprivileged still vivid, he aspires to positively influence all demographics. He has worked on civil rights issues for over 20 years and sits on the board of a nonprofit that assists families in underserved areas of Minneapolis and St. Paul.

“Education can be the great equalizer,” says Jung, who shares a love of history with his wife, the couple having toured Civil War sites, emphasizing the joys of learning to their daughter. “Learning and allowing others to educate you through their life lessons and mistakes allow one to avoid them.” 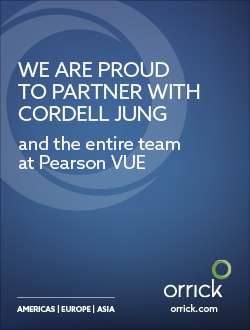