The highest-ranking security clearances handed out by the U.S. Department of Justice: secret and top secret. 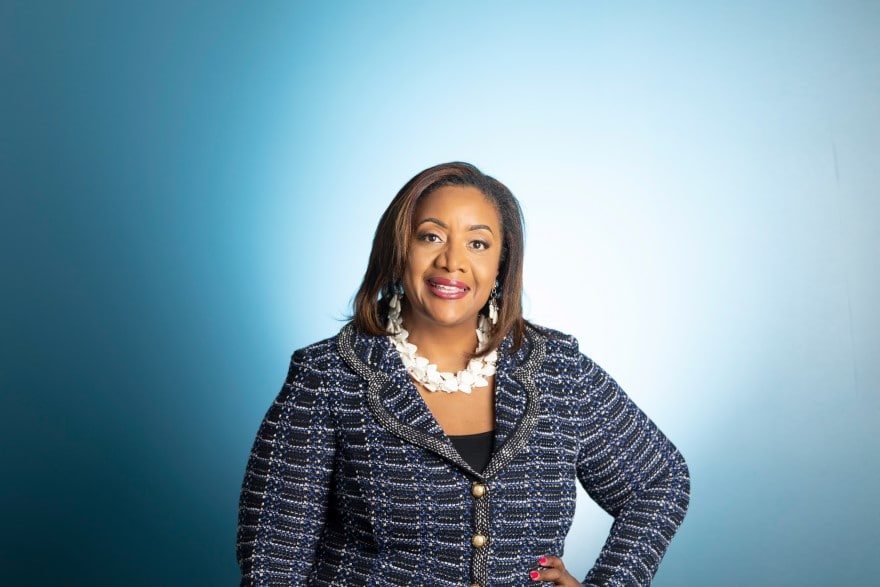 While noting that every employee at the FBI and GDEB receives security clearance, or they don’t get hired, Spearman’s roles entailed sensitive human resources and legal issues while working with top brass.

“I’m industry agnostic. I can learn about a new business and pick up industry-specific knowledge,” she says. “What’s harder to find is a person with integrity and leadership qualities who’s willing to commit to creating large-scale success.”

Proving that, Spearman delved into higher education, joining Quinnipiac University in April 2020 as the first general counsel, and in a dual role as vice president of human resources. She has tackled a variety of issues spurred on by the COVID-19 pandemic, pulling on nearly 30 years of experience in labor, employment law and business to help her hometown university in Hamden, Connecticut.

As of early December, QU students had completed the fall semester, made possible due to steps the school took early on, Spearman says. Those included moving students and staff off campus last spring to complete the semester remotely, then re-opening at 50 percent capacity and with precautions like washing hands, wearing masks and social distancing.

“Masks are very normalized in Connecticut, especially on our campus,” Spearman says. “The students wanted to be here at school. They’re tired of being home and they’re holding classmates accountable to adhere to safety measures.” 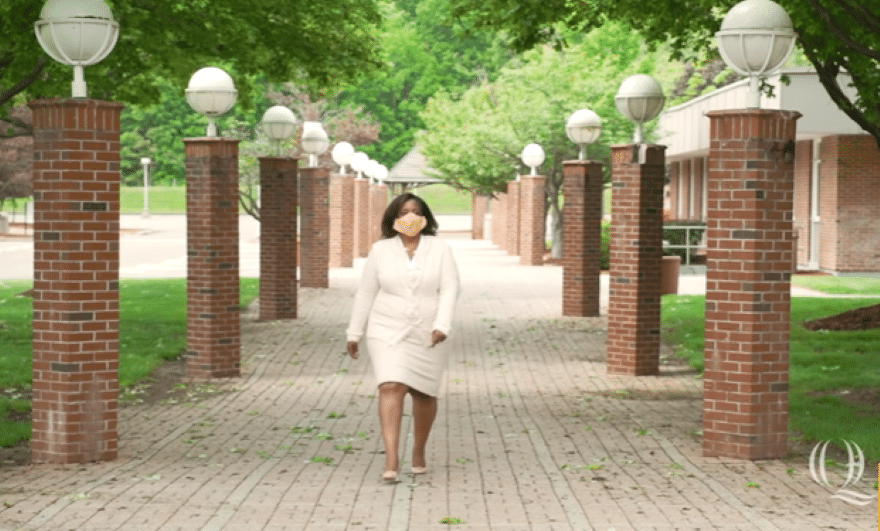 This required adaptation on the part of everyone: students, faculty, staff and administration. “The COVID-19 Taskforce worked tirelessly to outline rules and regulations to keep everyone safe. From cleaning protocols, to signage, to testing, to policy changes, flexible work arrangements. You name it, we did it,” she says. “We also enlisted the input and support from our student leaders to serve as ambassadors for our new way of maintaining a safe campus and work environment.”

All the while, she’s kept the university in compliance with state and local laws and CDC guidelines, though she admits that at times, “the regulations were not always clear, so you make your best educated guess and continue to review updates and gauge whether you need to make changes.”

This became easier in some respects thanks to the Quinnipiac Symptom Checker smartphone app used to report symptoms and allow for contact tracing. QU also instituted comprehensive coronavirus testing on-site for students; those testing positive were quarantined for 14 days. 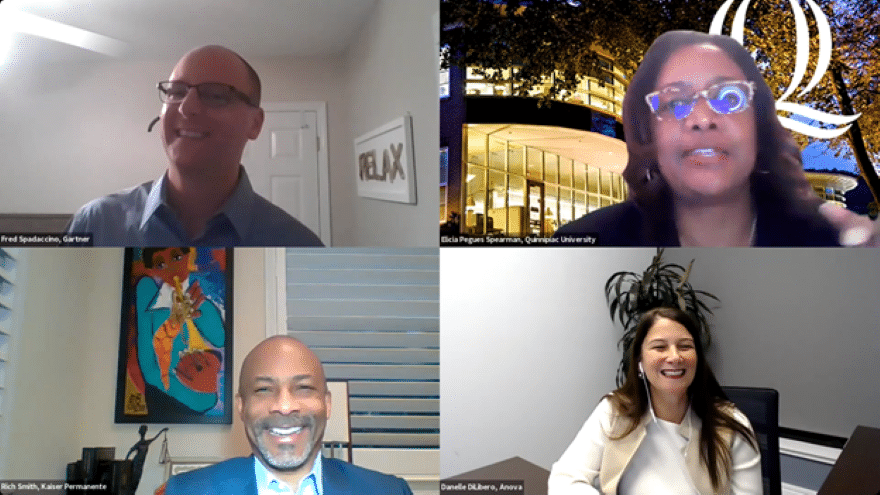 Staff was incredibly flexible and volunteered time to assist at the robust on-campus testing center, she adds. It’s an ongoing effort. Students will be tested before they return to campus and tests will continue weekly.

“This is fun stuff to me. I don’t like to be bored, so the variety of issues keeps me engaged,” Spearman notes. “By utilizing my time management and organization skills, I’m able to balance my various roles while giving them the attention they deserve and demand.”

Not afraid to break new ground, Spearman was the first vice president of color at GDEB. Talent development and diversity and inclusion have been two of her main executive leadership goals.

As a result of varied experiences, Spearman feels that she has landed at the perfect place. She feels at home at QU and recognizes that this is the most racially and gender diverse senior leadership team she has ever served on. Spearman believes it will help the university as it seeks to prepare students to take on their professional roles in a global world where diversity should be valued and not ignored, and where individuals should be able to discuss and debate issues respectfully. 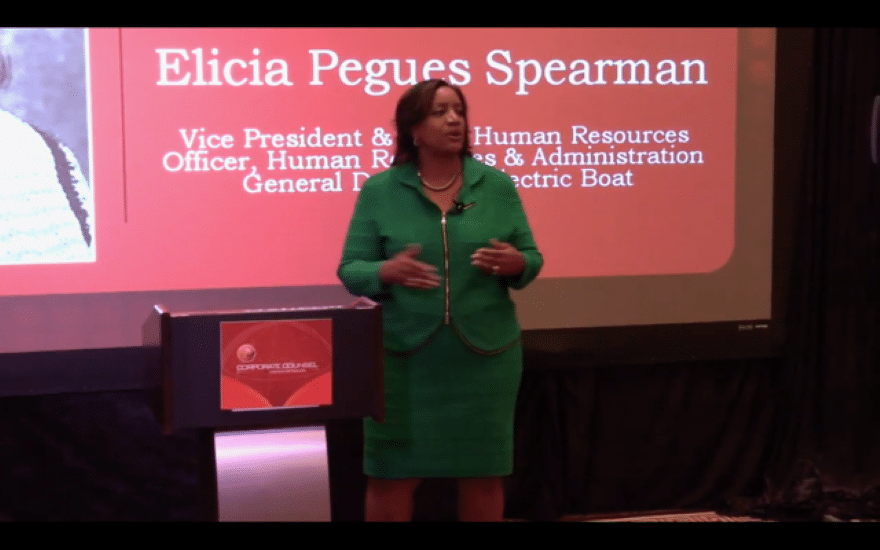 “We have a large breadth of unique experiences, which makes it an incredible environment to work in,” she says. “Our president, Judy Olian, gets diversity on more than a politically correct level.”

Olian’s senior management committee includes five men and four women; minorities are represented as are LGBTQIA+ individuals and different religions. The school also has a racial justice action plan being led by professor Dr. Khalilah L. Brown-Dean, an expert and author on identity politics who’s been featured on MSNBC and in other media. It’s a well-defined action plan created with community input.

“We have outlined important strategic objectives and are actively working to reach them with the help of faculty, deans, staff, students and administrators,” Spearman says. “We have a lot of hard work to do as a university community, but I know we have the talent and desire to succeed.”

Spearman, in conjunction with QU’s office of diversity, handles reported incidents of bias and is working to make that process simpler from beginning to end and ensure investigations are thorough and just. The goal is to foster an inclusive environment that will attract and retain students and staff.

With three decades of hard work and leadership in hand, Spearman has always had a natural bent toward inspiring future leaders to be innovative, agile and principled, which makes her role at QU a perfect fit. 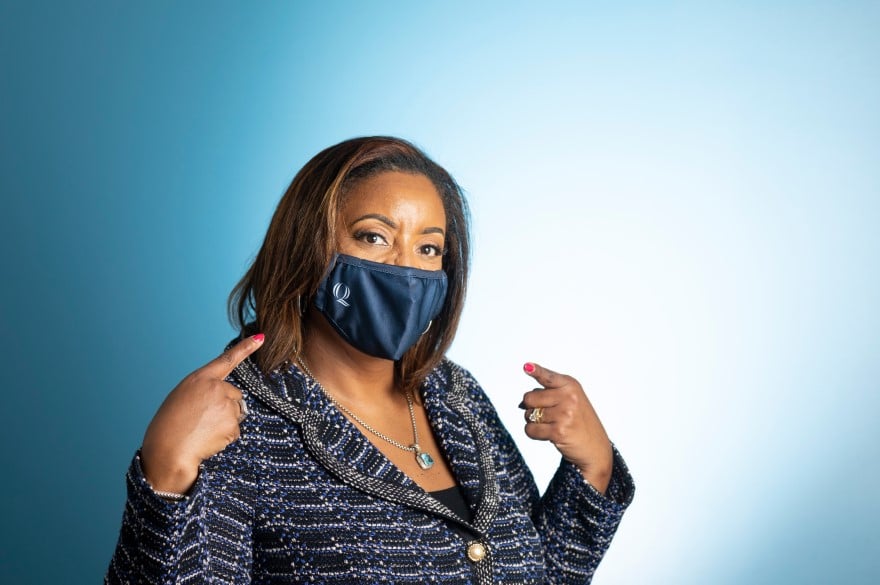 In some ways, onboarding at QU during a pandemic felt as complicated as her first days at GDEB where she was hired in March 2019. In short order she negotiated a major union contract on time and on budget, avoiding a strike by a large union; led a project team that created a core values mission statement which is still in use; and hired a diversity and inclusion manager to focus on growing diverse talent at all levels of the organization.

Spearman was also able to negotiate a change in the shift schedule for the on-site fire department that decreased turnover and buoyed recruiting—critical for a shipyard facility in operation 24 hours a day. In short: no firefighters, no ships being built.

This illustrates Spearman’s ability to combine her legal and business acumen with a strategic mindset to address difficult subjects, sometimes in areas of urgent concern. When appropriate, she does so by building human resources and legal “fire teams” to get things done. She’s not messing around. She’s done it before, and is doing it at QU right now.

She has been approached about (and wants to) serve on another organization’s board of directors, acknowledging she relishes the thought of providing governance advise and human capital expertise.

“People, even highly effective leaders, can be afraid to try new ideas,” Spearman says. “My job is to inspire change and build a culture that supports those courageous enough to speak up with an idea and carry it through. If they’re willing to do that, I’ve got their back.” 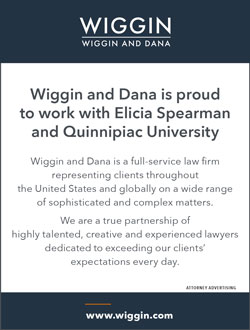