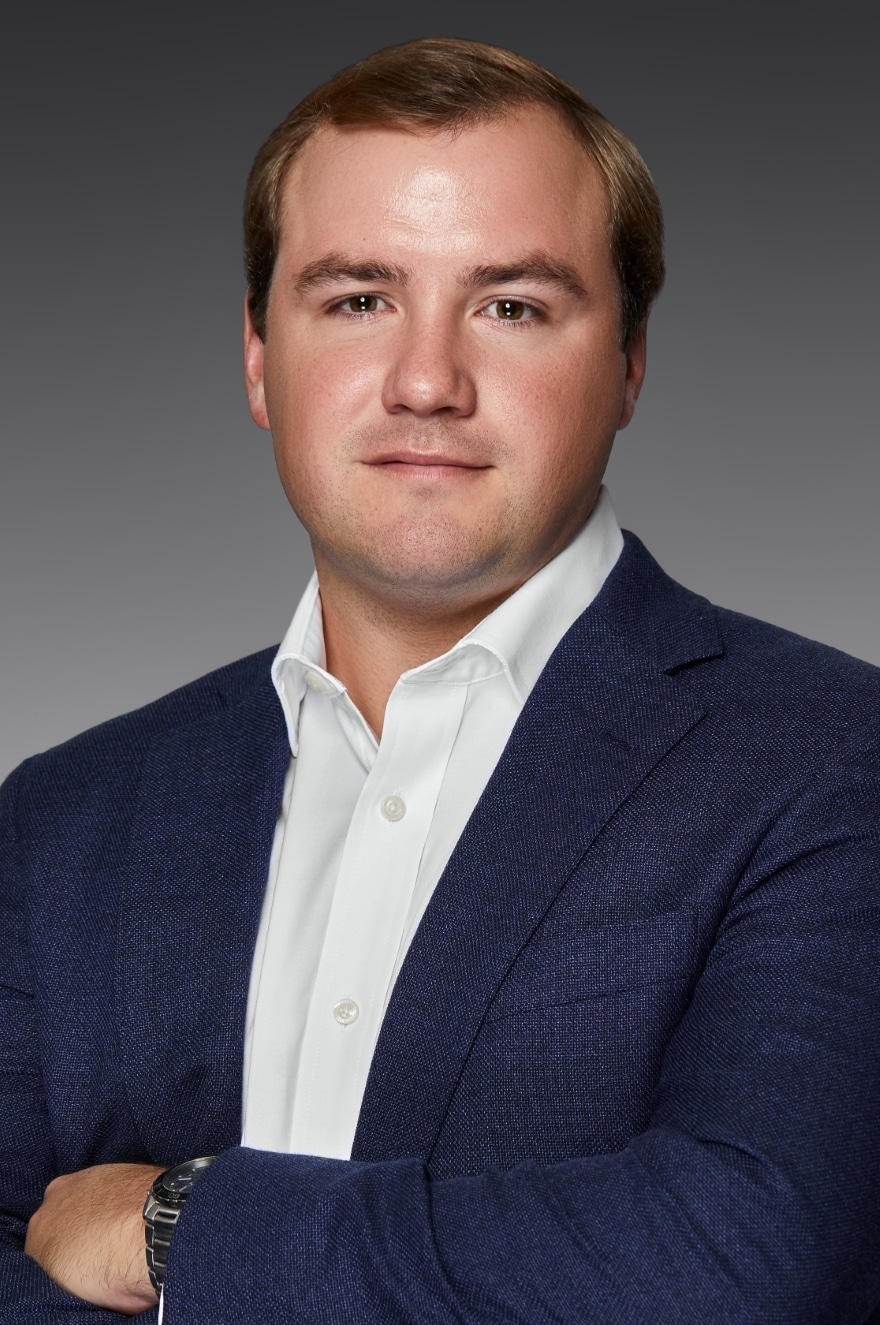 Drilling into a wall to hang a television is fairly straightforward. Piercing into the Earth past layers of sedimentary rock, shale and organic matter that have been around since the Cretaceous period and the Paleozoic era is far more complicated.

Large machinery, some using drill bits taller than the long-necked dinosaurs that used to roam the basins being excavated for oil and gas, require water to cool the equipment as it bores through the densely packed ground. That process produces briny wastewater during oil and gas extraction, often in large quantities that must be managed.

As general counsel for Aqua Terra Water Management, Drew Loomis is aware of the many types of wastewater that result from energy development. These include brine, saltwater, oily water and water containing hydraulic fluids.

Aqua Terra helps manage this wastewater through several methods: deep underground injection where no one can access the water, water recycling or water treatment. This includes maintaining miles of pipelines and several injection wells across the three major oil and gas plays in the U.S.—Texas’ Permian and Eagle Ford Basins and North Dakota’s Bakken region—and a total of 29 locations across North America, with 21 in the U.S. and 8 in Canada.

“At Aqua Terra, one of my goals is to help expand the company’s infrastructure footprint so that we can become the go-to water management company in the U.S. and Canada,” Loomis says. “At the same time, we also want to be an industry leader in environmental and regulatory compliance and offer necessary services while ensuring those services are sustainable and economic.”

Pipelines to the future

Loomis recently helped Aqua Terra expand a saltwater disposal facility system in the Permian Basin—an 86,000-square-mile area in Texas and New Mexico that has produced nearly 20 billion barrels of oil and natural gas since 1993. The project included extending the current wastewater disposal pipeline network by several miles, which allows Aqua Terra to connect with the systems of several oil and gas producers to handle their wastewater.

“This work will increase our standing for the next several years in the Permian Region, which is a critical area in the industry, and allow us to increase our client portfolio,” Loomis says.

He was “the land man” for the project. He acquired right-of-ways from several private landowners, who signed over a strip of land over or around pipelines to Aqua Terra. After that, he spoke with surveyors to ensure that surveyed land portions matched up with the contractual right-of-way so workers wouldn’t install pipelines in the wrong place or depth.

“During this process, I also lead the contract development and negotiations with not only landowners and surveyors but also with the oil and gas producers,” he says. “I made sure that terms benefitted both sides and that Aqua Terra handled all of their wastewater going forward.”

Loomis adds that the business development team began discussions for this project in December 2021 and the deal was finalized in March 2022. He was more deeply involved earlier on when he needed to prepare everyone involved, including oil and gas production partners, for what the project would need and what challenges they should expect. The project went smoothly and was completed in July 2022.

A blueprint for trust

Currently, Loomis, the financial team and other senior management are working on their annual bid for surety bonds, which helps them provide regulators and clients with financial assurances and remain compliant with state and federal regulations.

To obtain these bonds, Loomis and others work at arms’ length with insurance brokers. Part of the process is ensuring that the insurance rates offered match average market rates. Yet, the onus for proper pricing isn’t all on the brokers, as they can’t provide a lower insurance rate if the company is taking on higher risks. 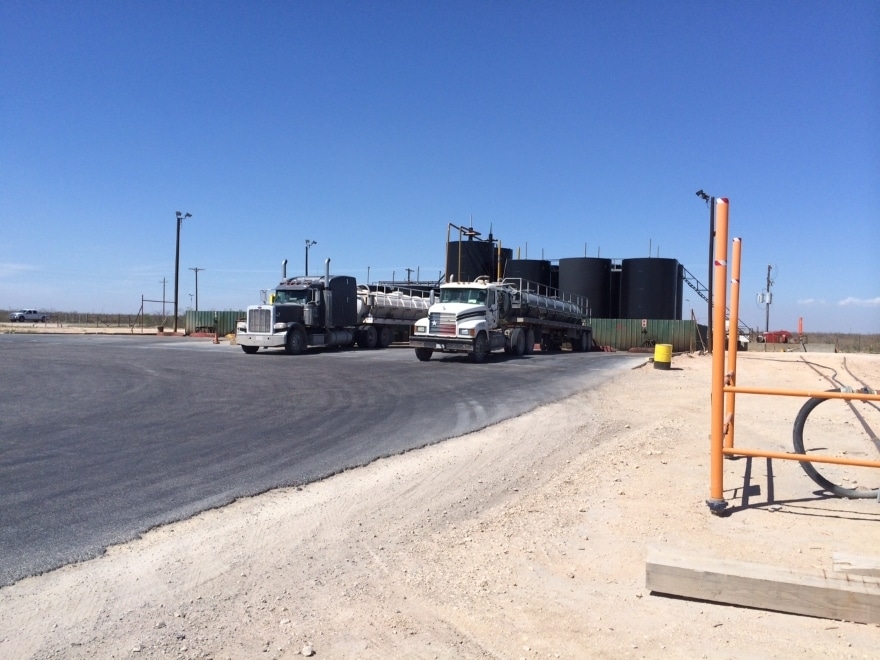 Loomis’s role is to ensure that Aqua Terra doesn’t enter a deal that forces the company to shoulder a larger financial burden than necessary. He reviews documents and contract wording to make certain that the company is only signing off on fair indemnity agreements, which are contracts that hold an organization harmless for any burden, loss or damage while also detailing proper compensation for such situations.

“Even though we do this often, working with our insurance brokers to foster these bonds and getting them in place is a decently time-consuming annual undertaking, and one that we don’t take lightly,” he says.

The financial assurances project should be completed in November, after which Loomis will resume his focus on mergers and acquisitions. At the moment, he’s in the process of working with several Texas-based exploration and production companies and is hoping to close out several major deals before the end of the year.

“I have a knack for these kinds of deals, but maybe that’s because I’ve been interested in and involved with this industry for a long time,” Loomis says.

After he received his bachelor’s in communication studies with a minor in political science from Louisiana State University, he attended Mississippi College School of Law. He later worked as a judicial intern clerking for a federal judge in the Southern District of Mississippi, where he was exposed to mineral rights and oil and gas disputes.

This sparked his interest in how law functions in the energy field, leading him to join and thrive in the law school’s Oil and Gas Law Society. He later became a staff attorney for QuarterNorth Energy, an offshore oil and gas producer. There, he drafted and negotiated supply chain type contracts and handled international matters, such as ensuring compliance with Foreign Corrupt Practices Act, as the company had Mexican affiliates at that time.

“I learned a lot there since we had a pretty lean legal department and, whenever possible, we tried to handle matters in house,” Loomis, who came to Aqua Terra in October 2021, says. “That gave me a glimpse into the intersection of business and legal, which is what I enjoy tackling at Aqua Terra now.” 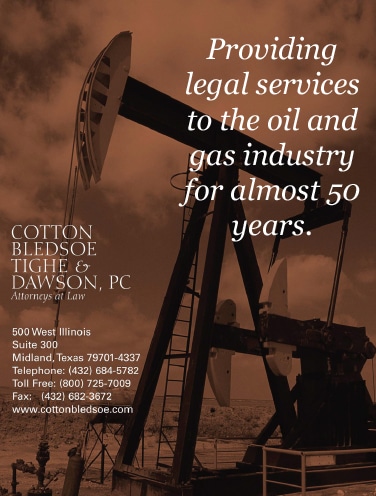