Banking on the people

A job offer like this comes around maybe once in a career—if you’re lucky. Having just turned 30, Daniel Pérez -Umaña understood, both professionally and personally, the weight and stakes of what was in front of him: a job as general counsel for BAC Credomatic, one of Central America’s largest banks.

And yet, he hesitated to leave the law firm he loved so much. Flattered,  but internally torn, Pérez -Umaña came to a compromise. 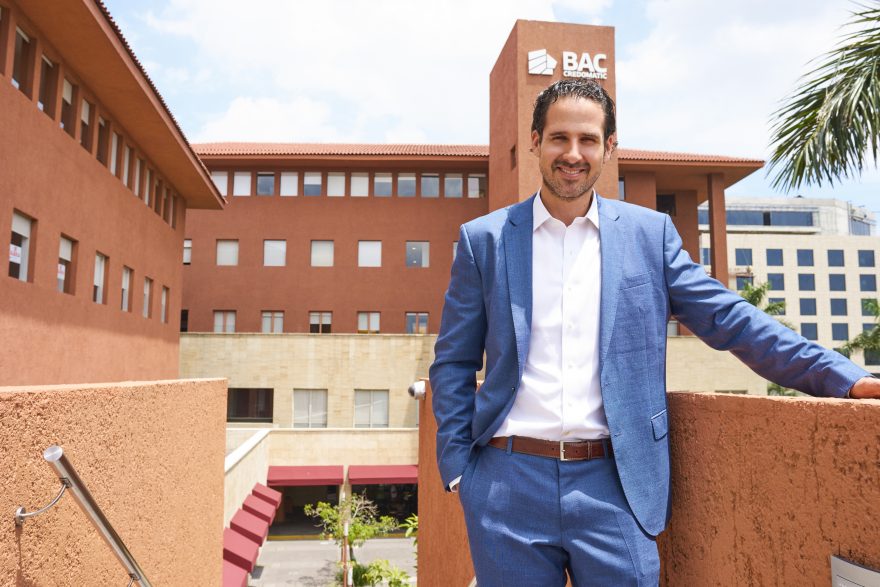 “I told the CEO I’d give him five years, after which I’d go back to the firm,” Pérez -Umaña recalls. “That was seven years ago.”

Looking back, Pérez -Umaña admits the high-ranking role was too good to pass up. But it’s the nature of the work that made him stick around.

Founded in Nicaragua in 1952, BAC Credomatic has long been one of the region’s foremost financial institutions, with business lines ranging from standard personal and corporate banking to pension plans and credit cards. Having survived numerous regional conflicts—some of them violent—it’s also one of the most stable.

Still, given the region’s historic instability, social and political turmoil remain pressing concerns. In 2008, the bank launched an internal social responsibility division (SRD) with the goal of developing protocols that would benefit not only BAC Credomatic customers, but the region at large. 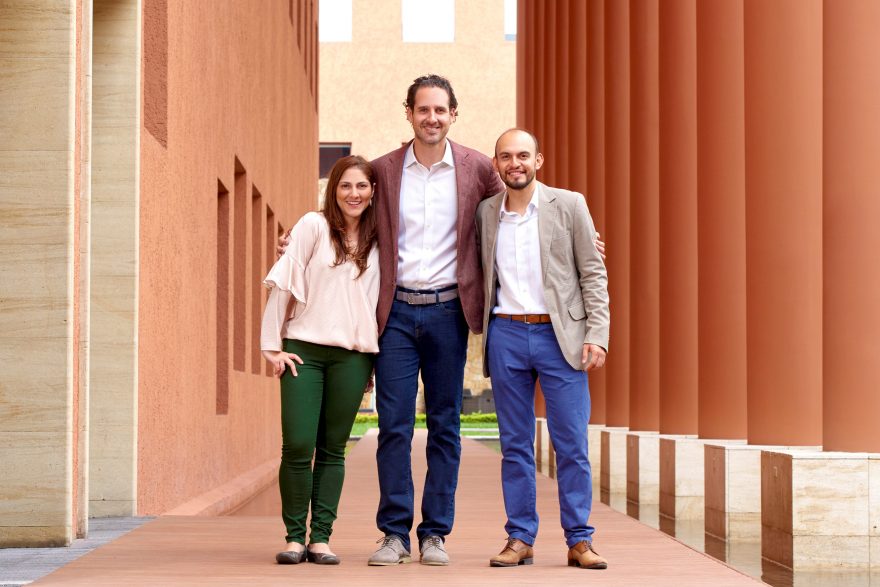 “That was one of the things that really inspired me after joining the company,” Pérez -Umaña says. “I could tell this wasn’t your typical bank. We were concerned about much more than just profits.”

Beginning in 2007, the company introduced a bold initiative designed to make financial education a tenet of the region’s high school curricula. To that end, SRD worked directly with some of Central America’s education ministries to create comprehensive teacher-training programs.

In 2013, BAC Credomatic was one of eight Latin American institutions to receive an IDB beyondBanking award, given annually to the region’s most innovative projects and initiatives.

The company has also launched a pair of innovative websites. The first, launched in 2017, provides educational resources for parents, entrepreneurs, schools and other community stakeholders. Meanwhile, “You Me Uno” allows nongovernmental organizations and other charities to use BAC Credomatic’s system to crowd-source funds for their causes.

More recently, Pérez -Umaña—working with the SRD director, Roxana Víquez— helped create a program to assist financially distressed BAC Credomatic employees. The aim is twofold: to provide access to financial coaching and to create a trust fund which, by serving as collateral, will enhance the employee’s creditworthiness, allowing them to refinance their debts at much-improved rates.

The initiative has proved such a success, in fact, that Pérez -Umaña and his colleagues are working on ways to offer a version of the program to other companies, including some of the largest in Central America.

“For years we’ve thought about poverty in terms of income,” he says. “But this program focuses on Oxford’s Multidimensional Poverty Index, and we think it can have a tremendous impact.”

The bank’s social initiatives aren’t the only thing on Pérez -Umaña’s agenda. Not long after arriving at BAC Credomatic, he was given a somewhat daunting task: to create a comprehensive risk-management protocol.

“The concept of legal risk seems simple enough, but once you start thinking about it in the context of a company like this, it gets pretty complex,” Pérez -Umaña says. “Once you figure that out, then you have to put the mechanisms in place to address it without hindering innovation.” 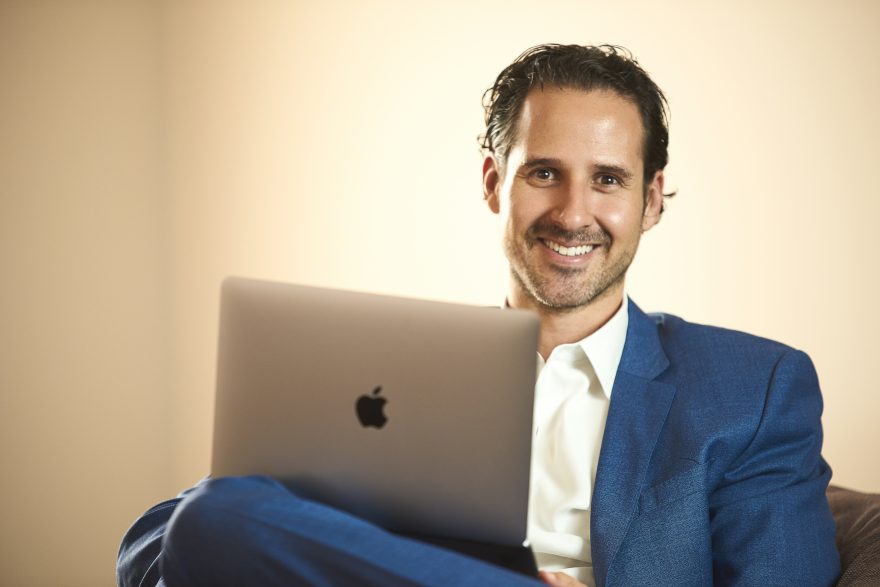 The result was a four-pillar approach encompassing the entirety of BAC Credomatic’s legal risk exposure. The first, and most basic, pillar is transactional risk (contracts, for example). Here, Pérez -Umaña delegates most of the work to his associate general counsel, Mariana Ruiz, who oversees her own “small production unit.”

Meanwhile, pillars three through four—litigation risk, regulatory risk and corporate risk (governance, company assets, IP, etc)—are all overseen by Pérez -Umaña and his fellow associate general counsel, Adrian Jiménez. Of the three, he says the regulatory realm has yielded one of the company’s most innovative solutions to date.

Using a company-built platform, employees will easily be able to see exactly which regulations apply to BAC Credomatic services in each country. If there’s a change in related laws, the company can update them in real time.

“This helps draw a line between legal compliance and operational risk,” explains Pérez -Umaña, who conceived the solution. “In such a heavily regulated industry and in a region like ours, these kinds of solutions are crucial.”

Indeed, it’s a region the Costa Rican is proud to call home. Even if he wasn’t always sure he’d stick around.

A name for himself

Pérez -Umaña was just 10 years old when his father, Víctor Pérez-Vargas a well-known Costa Rican attorney, asked his son to do some research for a law journal article. Shortly after the piece was published, young Daniel opened it to find a small dedication in footnote to the title: “With the collaboration of Daniel Pérez -Umaña.” 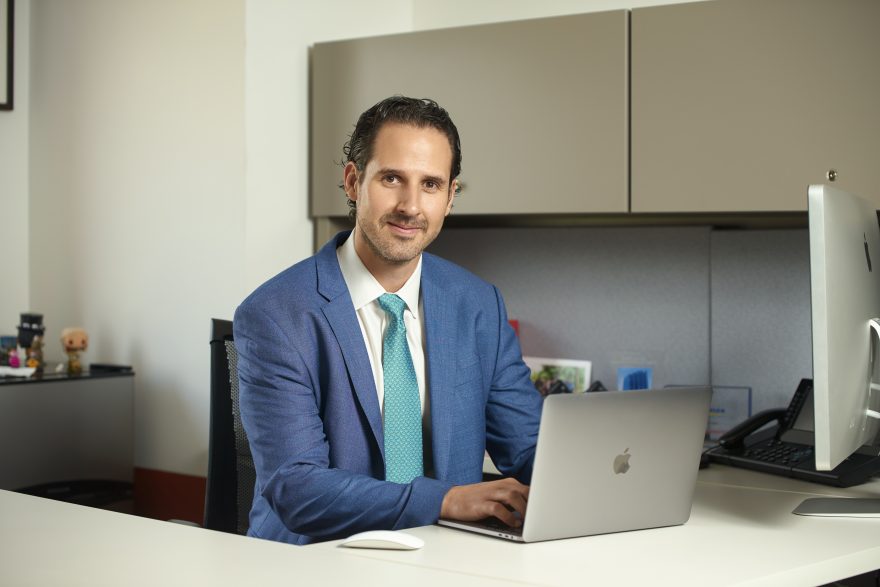 Beginning in 2007, Pérez -Umaña embarked on a pair of postgrad sojourns: a magister juris from Oxford University; followed by a masters of law from Harvard University in 2009.

With a pair of world-class degrees, Pérez -Umaña returned to G&G, this time as a partner. As director of the firm’s litigation department, his clientele included the likes of CitiBank, China Development Bank and PricewaterhouseCoopers, along with a litany of Central American banks.

Despite the meteoric rise, it came as something of a surprise when, in the early spring of 2011, BAC Credomatic’s CEO invited Pérez -Umaña to try his hand in-house.

For the self-described “half-millennial,” leaving behind his beloved firm—and all he’d worked so hard to build—wasn’t an easy move to make. Then again, the ones worth making seldom are.

“I feel like I’m being that architect again,” Pérez -Umaña says. “Between the range of complex issues I get to handle and the work we’re doing in the community, it’s a role I’ve learned to embrace.” 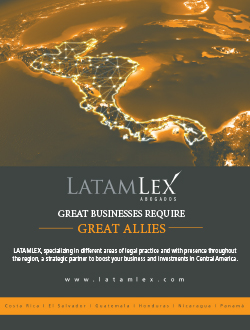 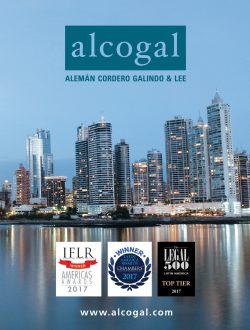 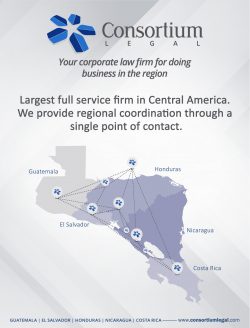 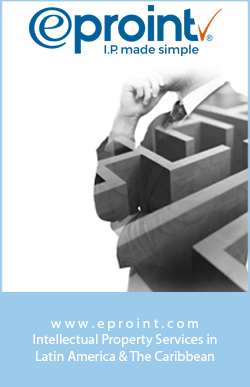 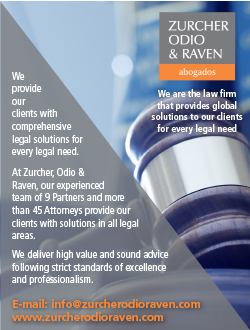