The thread that connects the details

Her business card might read general counsel and vice president of a Maine-based international multimedia heavyweight, but Melinda Sheehee mostly sees herself as a project manager.

It was among her strong points when she was in charge of real estate development for Hannaford Brothers for most of the 2000s, with the grocery chain in full growth mode.

Just a few years out of the University of Maine School of Law, Sheehee could take due credit for helping develop nine supermarket-anchored shopping centers in New England and upstate New York. In the process, she picked up a mix of legal and business savvy that, since 2012, has proven invaluable at Portland-based Diversified Communications as well as the stops before. 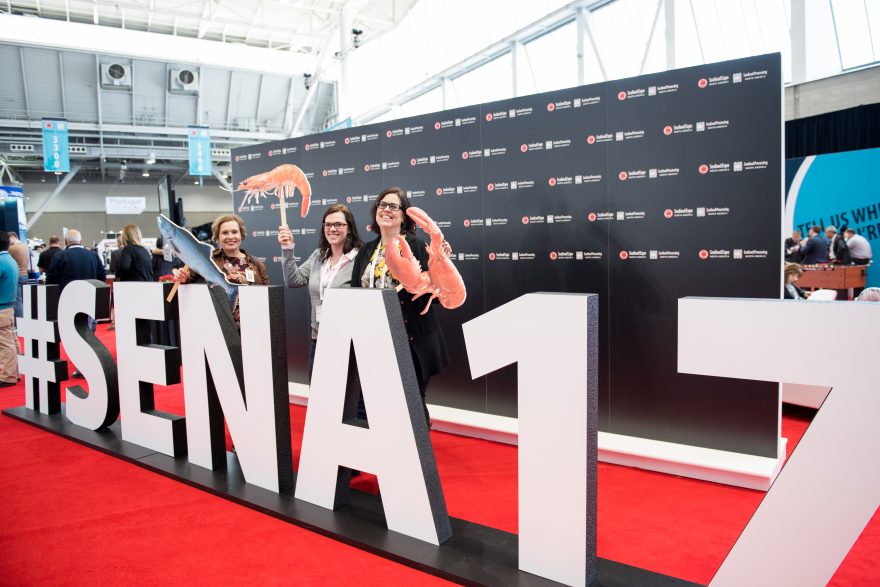 “At Hannaford I had to coordinate the professional services of many different parties,” the pleasant and upbeat Sheehee tells Vanguard in early June. “I worked with the internal development group to decide on store size and site layout.  Then I collaborated with external engineers, architects, other lawyers and city hall to shepherd the site application through the planning department’s approval process.”

Her duties included advising the bosses that a planned loading dock should be shifted to avoid a wetlands area and flagging news that a competitor was drumming up project opposition requiring public relations initiatives, among many others.

Now Diversified depends on her to iron out the behind-the-scenes legal complexities of putting on trade shows, running conferences, publishing trade magazines and operating its digital business. Since it’s a global operation, complying with international laws, like the various new data protection regulations cropping up in the European Union and Canada,  is also part of her role. Then there are the mergers and acquisitions.

“Even though the nature of the business deals are different, the skill set I initially developed as project manager still applies to my in-house role, as I continue to collaborate with varied teams to grow the business,” Sheehee explains.

While summer may not seem a prime season for trade shows, there’s rarely any down time for one of Diversified Communication’s specialties—bringing together sellers and buyers in virtually any industry or profession.

When Sheehee spoke with Vanguard, event attendees from the architectural, engineering and construction worlds were about to gather in Anaheim, California.  A few days later, in Chicago, the International Floriculture Expo, North America’s largest business-to-business flower trade show opened. The company’s medical education division called Pri-Med had June conventions set for Chicago, Seattle and Irving, Texas, with others scheduled throughout the year. All told, the Diversified trade show calendar showed nearly 100 events scheduled in the U.S. and internationally before year’s end.

That’s a lot of coordination, contract drafting and other initiatives that if left unattended could cause chaos.  Sheehee’s keen business sense not only tends to such details, it’s on high alert for other opportunities, such as the possibility of acquiring companies on display at trade shows or shaving back risks.

With her advice, the company has invested in various launches and acquisitions in the UK and Australia, and most recently, she assisted in the purchase of The Running Event exhibition and its complementary digital magazine, Running Insight.

The Running Event positions Diversified to serve the growing running and fitness market, and dovetails well with one of Sheehee’s many outside interests of long-distance running, having run nine marathons and countless half marathons, 5Ks and 10Ks.

“One of the things I’m able to bring to the table is I’m the thread that connects business teams,” she says. “And I’ll recognize opportunities when they arise.”

While not shy about touting her own credentials, Sheehee is quick to praise one of her recent hires, paralegal Linda Jenkins, a “rock star” who brought her expertise in corporate compliance that Diversified had previously needed to outsource. Then again, Jenkins’ work ethic seems par for the course at Diversified.

“This is a very ethical and collaborative environment,” Sheehee says. “I feel fortunate to come here every day and take on the challenge to achieve. I had positive work environments before, but not like here.”

All the better that Diversified supports another one of Sheehee’s extracurricular passions: social justice.

A Florida State University undergrad who majored in criminology, Sheehee was encouraged by a professor to pursue social work. Though she became fascinated with real estate at UMaine Law, Sheehee never lost interest in criminal justice, after an especially compelling experience working at a nonprofit intent on reforming juvenile offenders.

“I saw middle-class and white kids be treated less harshly for violent offenses far worse than the shoplifting black youths were arrested for,” she says. “Often, initiatives focused on prevention were reserved for the privileged and harsh punishment meted out for everyone else.”

The now-single mother of a precocious 14-year-old son remains  committed to  making a positive difference in her community through her active volunteer life, which includes work with the ACLU, Maine Boys to Men, Girls on the Run and the Maine Women’s Fund. She is engaged in gender justice initiatives like Maine Boys to Men, which works to mitigate the toxic aspects of masculinity in our culture, and Girls on the Run, which seeks to help girls grow their confidence, better support their peers and recognize the benefits of physical activity.

“I’ve never been hungry, experienced severe physical violence or suffered from the extreme oppression many minorities and the poor experience,” she says. “I’ve been privileged, and want to pass it on.”

And she couldn’t be happier living in the greater Portland area. Florida was a fine place to grow up and get her undergraduate education, but it never felt like home.

“I’m a New Englander who was born elsewhere,” she says.

Her role at Diversified Communications should be just the thing to keep her here.