Keeping his cool under pressure

Language differences notwithstanding, David Bouchner may have been the most valuable player in the 2007 Cricket World Cup for his off-field role as general counsel and negotiator of Houston-based North American affiliate of the U.K.-based global temporary power company, Aggreko.

His ability to swiftly negotiate a complex contract enabled the games to be played in the West Indies, as well as many other high-profile events in North America since then, including the 2010 winter Olympic Games in Vancouver and 2015 Pan American Games in Toronto. 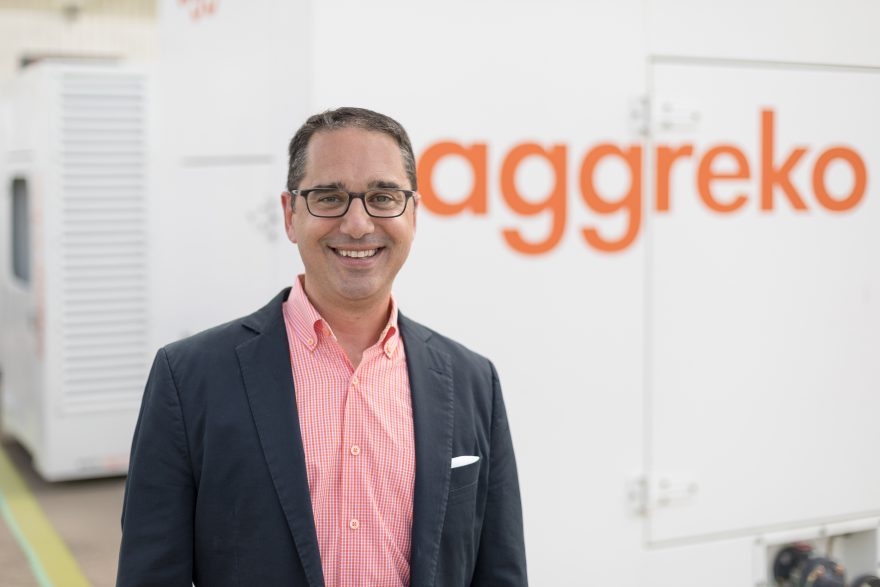 In the West Indies, the challenging conditions, lack of infrastructure and the complexity of the work were contributing factors in the event organizer’s very tight schedule to shipping and installing the power. Execution of this massive project had to be flawless because it was powering live broadcast to the world; power not just for the games, but also for the local festivities including 2,000 entertainers at Jamaica’s Trelawny Stadium.

Bouchner was rushed in from Aggreko’s headquarters, entrusted with negotiating a complex contract for critical primary power at 12 venues on 10 islands that involved the laws of multiple countries.  Negotiations happened over the span of nearly three sleepless days and nights to make sure the lights stayed on, the air conditioning remained cool, and the broadcasts went uninterrupted.

Though in Barbados for the talks, Bouchner never did watch the matches that culminated in Britain prevailing by a single wicket over the West Indies. He was too busy behind the scenes. But thanks to his efforts, 11,000 fans watched the game live at Kensington Oval, and hundreds of millions worldwide watched — “The Mecca of cricket” as it’s called— on television.

It was all in a day’s work for Bouchner. His company is a go-to source for temporary power, heating and cooling, air compressor equipment rentals and engineered solutions for emergencies and planned customer needs within the oil and gas, petrochemical and refining, utilities, manufacturing, food and beverage, building services, construction, mining, pharmaceutical and, of course, events industries. While Aggreko has many long-standing customers with framework agreements, the calls for assistance on short notice far from the Texas Gulf Coast bring out the best in Bouchner.

“Being a 24/7 emergency response business, we are often-times in reactionary mode, working feverishly to meet the needs of our customers,” the 50-year-old Bouchner tells Vanguard. “I wear many different hats.”

Bouchner prefers the business hat most.  On any given day, that may involve negotiating contracts, completing an acquisition, managing the company’s real estate portfolio, securing insurance policies and broker relations, partnering with management and HR on employment matters, educating colleagues on risk management strategies, engaging with outside counsel, meeting with the brass, and developing strategic initiatives for process improvement. 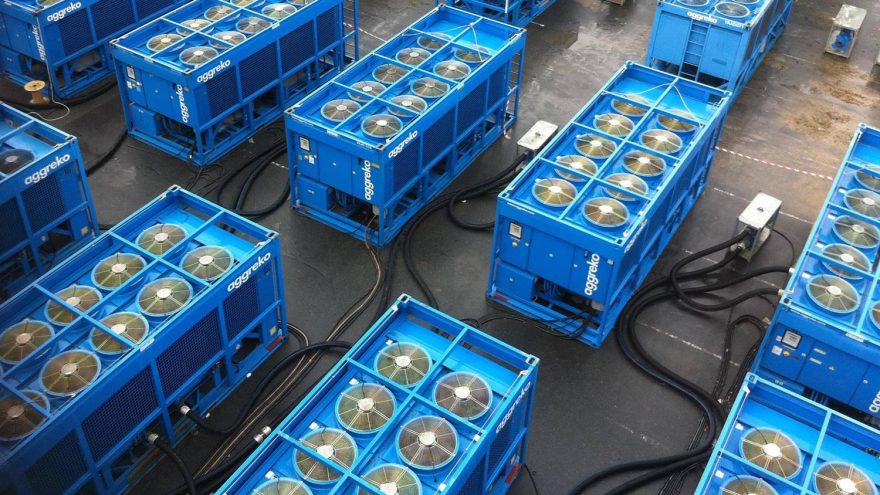 The small legal department he oversees differs from those of most companies. His team of three lawyers and one paralegal work closely with sales and operations to support the business and its 62 facilities within the U.S., Canada, Puerto Rico and Mexico. Everyone has a role to play in increasing revenues, driving market penetration and providing great customer service. Each market sector has a dedicated lawyer to plan and develop long-term contracts with key customer accounts.

“I’m a business executive first and a lawyer second,” he says. “Lawyers are trained in law school and in early years of practice to be risk-averse.  However, to be truly successful in-house, you need to be able to strike a balance, having the courage of one’s conviction to advise others on what may be an unpopular recommendation when truly necessary, while at the same time not losing sight of what is important, always taking a pragmatic approach and being reasonable in the process.”

As a former private practice lawyer at four firms—two each in Connecticut and Louisiana—Bouchner knew business deals could be exhilarating, but never felt totally fulfilled until he went in-house, where he was able to bring so much more to the table and be more impactful.

Moreover, Bouchner and his team are able to see the long-term results of their efforts. Often the company is contacted well in advance of a specific event, outage, turnaround or project. Advanced planning and an effective process allow Bouchner and his team sufficient time to complete their work to make sure there is power and temperatures are just right for each job.  The North American division of this U.K.-based global termporary utility company has powered some of the world’s most prominent events including multiple Olympic Games, Super Bowl halftime shows, major golf events, national political convention, inaugural ball and debates —“yes, we have a security clearance,” he says—and even the Victoria’s Secret fashion show. 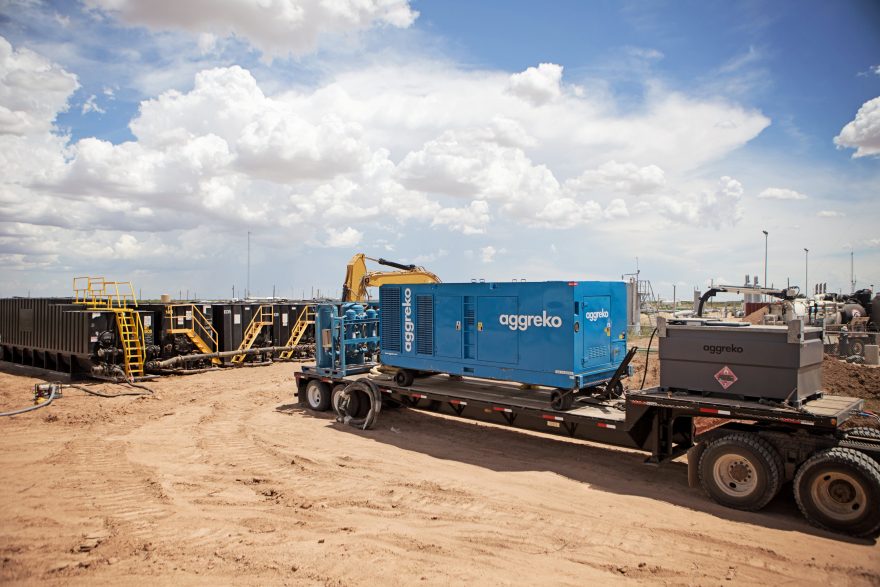 “My role tends to be on the front end,” says Bouchner. “I’ll be negotiating contracts with the organizing committees, working side by side with our highly trained experts in sales, operations, engineering, logistics, safety and project management. We work as a multi-disciplinary team to design the best solution for our customers and are prepared to address any potential challenges with the right combination of experience and technical knowledge to ensure success.”

Big venues such as a Super Bowl site aren’t always equip for the additional temporary power needs, he says, adding that Aggreko usually opts to use its own equipment, as well as its personnel, to minimize the need for subcontractors.

Focus, discipline and project management execution are all keys to success in these high-stakes events with a worldwide audience.  Sometimes the risks long outlast the event itself. For example, when Aggreko was called to provide power for live broadcasts for the 2010 Winter Games in British Columbia, cables ran up and down the mountain, with some equipment staying in place until after the snow melted.

“They were a long-time strategic partner that worked with us on many jobs,” he explains. “It is rare for parties that work so well together to have the opportunity to become one organization, sharing knowledge, expertise, and innovation with better products and services for its customers.”

With the Aggreko family now larger, Bouchner’s to-do list grows, which suits him just fine, especially when he gets to put his business savvy to practice.

“Any lawyer can identify risk and tell the business what they can’t do but a successful one will identify innovative solutions and help lead in executing their strategic vision,” he says. “My entire team is entrenched in all aspects of the business, with a focus on driving revenues and mitigating risk in a commercially reasonable manner.” 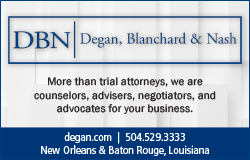 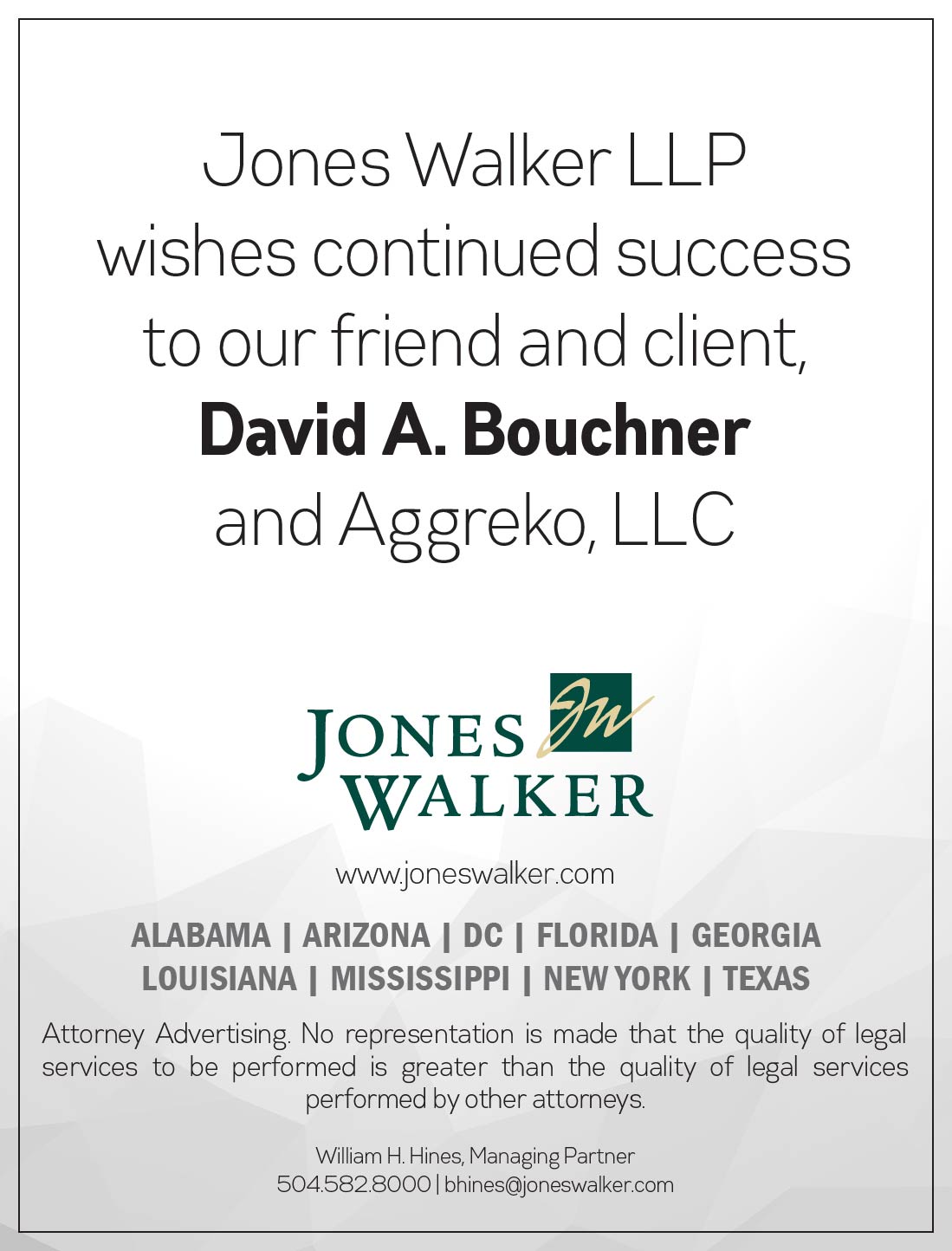