It’s called PAMA, as in the Protecting Access to Medicare Act of 2014, but may entail unintended consequences.

For while the 2014 law seeks to prevent cuts to the federal insurance program for senior citizens and some of the disabled, it means lower reimbursement rates for some of the most cost-efficient clinics so necessary in the early detection of what might be life-threatening ailments. 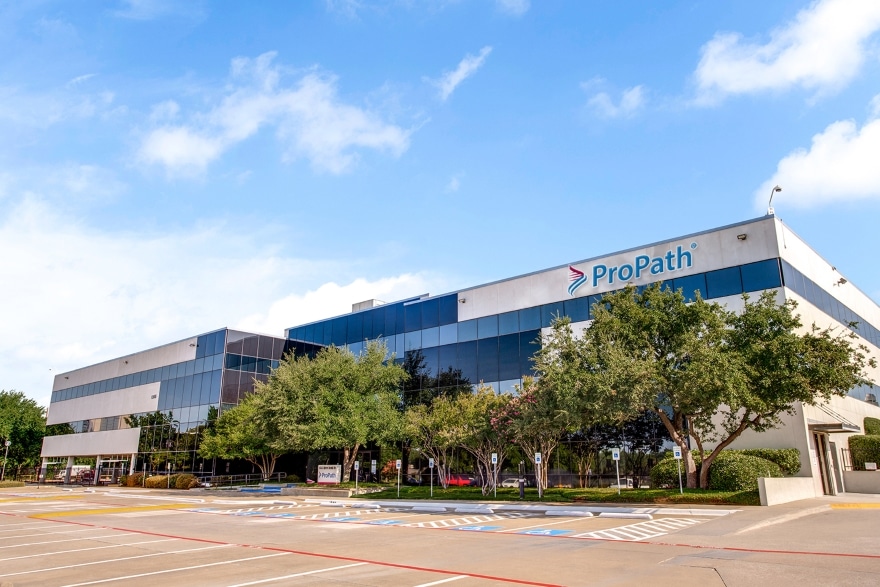 Among those clinics: ProPath, the Dallas-based, physician-owned anatomic and clinical pathology lab and medical practice where David Rose has served as general counsel and chief compliance officer since April 2017. Rose spent almost seven years cutting his teeth in health care law with another Texas company, Vizient Inc., before joining ProPath.

But the affable Rose, whose University of Louisville Louis D. Brandeis School of Law degree is enhanced with an MBA from the University of Dallas, seems equal to the challenge of keeping ProPath on an even keel. And he’ll never regret having left private practice for an in-house role, even when dynamics beyond his control can give him the sensation of being in a maelstrom.

“Evolving, exciting and a bit crazy,” is how Rose characterizes the state of U.S. health care.

Probably intensifying on all those fronts as well, with PAMA and narrowing health care networks being prime factors. Same for the uncertainties of where the Affordable Care Act is headed.

“All the variation makes make the job more difficult,” he continues. “Health care reform has become such a buzzword. You have to prepare for what’s on the horizon, though you can’t see clearly what’s approaching.”

Enough of PAMA has come into view to arouse Rose’s concerns, not just for his employer but for the clinical lab world in general. Most Medicare reimbursements will be reduced in the next five years, and those that might be increased may not make up for the shortfall.

At any rate, the costs of running such a sophisticated lab and practice are likely to keep rising. ProPath recruits its board-certified pathologists from choice medical centers and academic institutions, bringing aboard expertise in such specialties as dermatopathology, women’s health, hematopathology, immunohistochemistry, molecular diagnostics, and gastrointestinal, podiatric pathology, renal and urologic pathologies.

“We’re the ones who might detect a major or life threatening disease before it’s too late. While we’d love to not charge anything, we’ve got to have a business plan that enables us to pay the rent, buy the equipment and take care of all the administrative functions that go with the lab, not to mention maintaining compliance with all the applicable state and federal health care laws and regulations,” Rose says.

Of course, as the business end of Rose’s responsibilities takes on more importance, there are other matters about which the general counsel must keep abreast.

Even the European Union’s General Data Protection Regulation is having a trickle-down effect, Rose says, as U.S. states strengthen their own privacy laws. Then there are myriad state and national compliance issues to which a pathology lab and medical practice must adhere, as well as matters such as billing and human resources. 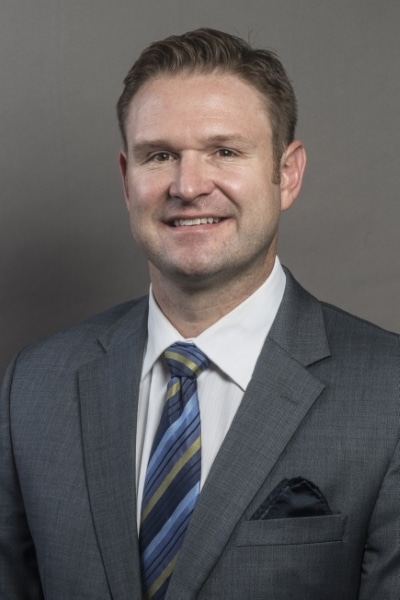 The first general counsel on ProPath’s payroll, Rose remains a one-man legal operation though his burden is eased by his two capable staffers—a managed care contracting director and a licensing and credentialing officer. Gray Reed & McGraw, a commercial law firm with offices in Houston and Dallas, also makes for reliable outside counsel.

“Just as our pathologists may need a second opinion, so may I,” Rose says. “It’s nice to have an ongoing dialogue with such a well-rounded firm. I am a generalist and when specialized issues arise, I can rely upon them for sound advice.”

ProPath would say the same about Rose, who came into health care law in a roundabout fashion. Son of a peripatetic military family, and good enough to play football and baseball as a Trinity University undergrad, he briefly envisioned a career as a sports agent.

The competitive aspect of litigation initially was a draw, but Rose would find more fulfilment in transactional law. He’d spend his early legal career as an associate practicing insurance defense with Coleman, Lochmiller & Bond, then handling real estate and other transactions in Kentucky and Washington, D.C., over the next few years, then moving to Texas when his psychologist wife found a choice position in Dallas.

While waiting for admission to the Texas bar, Rose consulted some firms and a fortuitous contact led to a position as a contract attorney and eventually senior legal counsel at Vizient, a group purchasing organization (GPO) that assists health care providers in realizing savings and efficiencies.

“A very lucky break,” he says. “I gained insight and valuable experience into how hospital and health care systems operate. It made me want to do more in health care, but I also wanted to be a general counsel.”

Such opportunity seemingly lacking at Vizient for the foreseeable future, Rose would keep his ear to the ground about options in the Dallas-Fort Worth area. One evening, upon tucking his two small children into bed, he came across a ProPath advertisement for a general counsel and, in short order, applied, interviewed and was hired and tasked with assembling a team, small at it is.

But fronting such a lean team has its advantages. Among other effects, it keeps everyone grounded to a mission that the outsider might find impersonal, though Rose would quickly dissent.

For while ProPath never sees the actual patient, the clinic is entrusted with his or her biopsy to diagnose many types of illnesses.

“One of ProPath’s core values is to be patient focused,” Rose says. “I’m not a doctor, but I am part of an organization that helps patients get answers to very important health care questions. To that end, I can still make a difference for the patient. In that manner ProPath is very personal.” 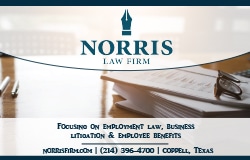 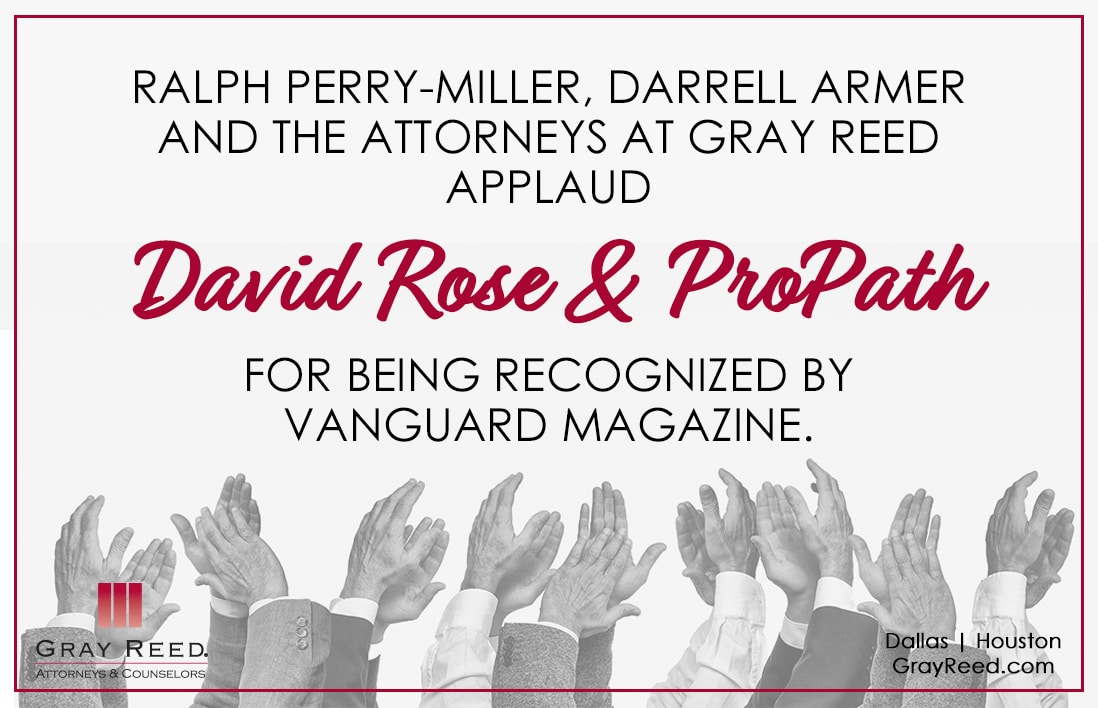 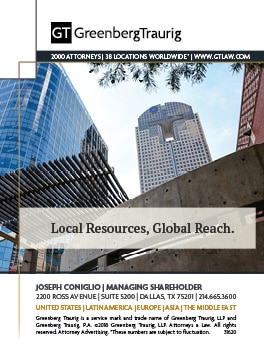