So, God works in strange and mysterious ways? David Tschantz is one that believes so. A long-time lawyer in the insurance business, Tschantz was looking for a career shift a couple years ago. Yet, well into the latter half of his professional life, he needed some direction.

“I believe God wanted me to do something else and go somewhere else, but I didn’t know where that was,” he tells Vanguard in September. “My wife and I could only pray and ask for guidance.”

They asked and received, the couple attending a concert sponsored by Ohio-based Christian Healthcare Ministries, during which a CHM executive took the stage and presented the ministries as a healthcare option for attendees, emphasizing that it wasn’t insurance.

Afterward, Tschantz talked with the executive as his wife, Ann, chatted with a musician. This ministry business model sure sounded like that of a mutual insurance company, Tschantz told the executive, who explained otherwise. 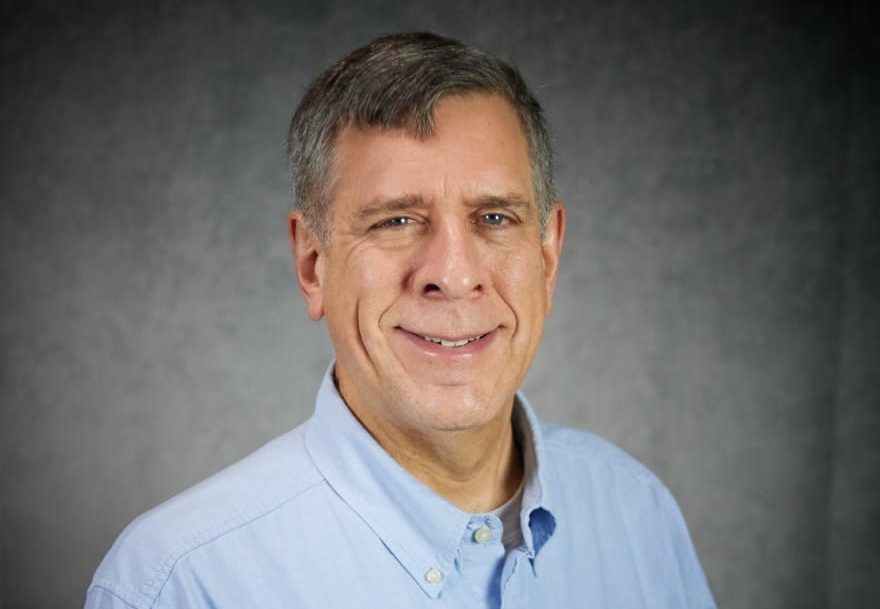 Christian Healthcare Ministries is essentially a church benevolence fund writ large, seeded by members’ monthly gifts at the bronze, silver, gold and Brother’s Keeper levels. Members incurring eligible medical costs request assistance, but there’s no guarantee of payment, only an assurance—based on faith alone—that those requests will be duly reviewed and shared.

While there are around 100 sharing ministries nationwide, this one is the largest with several hundred thousand members nationwide. And it’s the oldest, celebrating its 40th anniversary in October.

“I had basically accused [the executive] of deception by questioning his depiction of the ministry,” Tschantz chuckles. “But he explained the model very well.”

And that man must have seen something in Tschantz. Unfamiliarity with the ministry model notwithstanding, Tschantz was well-versed about insurance and finance. The ministry needing a general counsel with applicable skills and Tschantz wanting a career change, this seemed a match made in heaven.

“I had my initial interview in the foyer of the church and then had a more formal one,” he recalls. “The Lord made it clear where He wanted me to be and I’ve yet to have a bad day.”

But he’s had some challenging days, Tschantz joining the ministry in January 2020 or just a couple months before COVID-19’s onset. “A double-whammy,” he says about immersing in an unfamiliar mission just as its services would be needed most.

Tschantz drafted a safe conduct policy for employees and, since March 2020, has monitored health updates at the state and federal levels. CHM is seeking to serve even more Christians to enroll, so his input on marketing efforts is crucial. 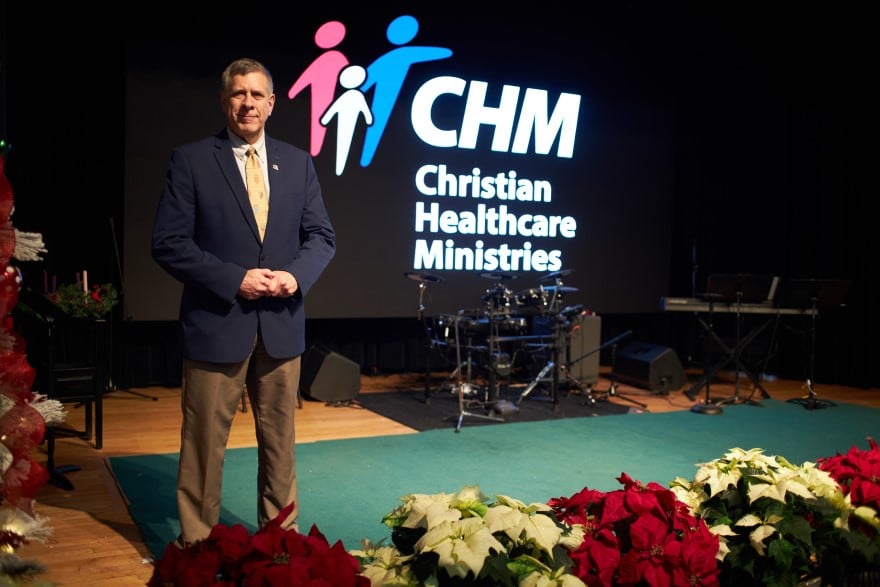 Transparency next to godliness, he shares basic information with public officials. He just completed an accreditation project with a rating agency in Columbus that will vouch for its efficiencies and ministry motivation. The ministry’s sole in-house lawyer, he also reviews understandings with providers and contracts with vendors, oversees real estate matters, and weighs in on personnel issues.

“We believe every ministry should be accountable and we’re happy to be so as long as nobody’s telling us what medical costs we should and shouldn’t share,” Tschantz says. “Thankfully, states don’t do that.”

There might well be issues if the states or the feds tried to micromanage a healthcare ministry, Tschantz goes on to say. Simple economics preclude a faith-based ministry from sharing all its members’ health costs. And while the ministry is an option for Americans needing coverage under the federal Affordable Care Act, he emphasizes it sets its own guidelines under the constitution’s free exercise clause.

Prescription drugs and dental and vision expenses also aren’t shared, the ministry deeming these individual responsibilities. The same goes for conditions resulting from “behaviors not aligned with Christian beliefs,” which includes abortions and substance-abuse rehab.

However, “we are looking at other ways to be of greater service,” he says. “We take our mission very seriously.”

He’s feeling refreshed about it after 35-plus years at Wayne Insurance Group in Wooster, Ohio.

A Kent State University political science graduate, Tschantz began his professional life in 1984 as a claims adjuster and did it well enough for his employer to invest in his future. Wayne Insurance Group paying for his tuition at University of Akron School of Law, Tschantz earned his juris doctorate in 1989 and became corporate counsel, serving in that capacity through 2019.

Himself a devout Christian and a member of the Pleasant Hill Baptist Church in nearby Sterling, Tschantz’s values are consistent with those of the ministry. He acknowledges it’s a challenging model to sustain. Most funds must be kept fluid and banks’ interest payments remain minimal.

But for four decades the ministry has sustained itself through expanding membership, low overhead and unprecedented circumstances. He notes that its 70- to 85-day turnover rivals that of other sharing ministries. 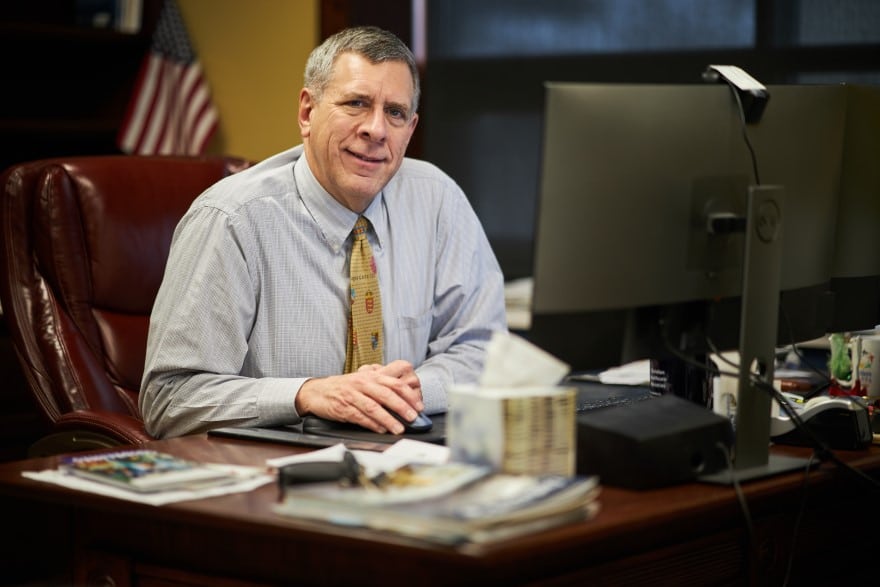 “We’re not building wealth,” he reminds. “We’re keeping costs and overhead as low as possible; less than 7 percent.”

And while it’s no cure-all, he says the ministry makes a difference and membership is open to all who share a broad set of Christian beliefs. Just this year the ministry offered reduced rates to elders who use the program in conjunction with Medicare.

While Tschantz isn’t at that age yet, he’s glad to know he’ll have that option. He’s paid some big bills in recent years.

“As the father of two girls who graduated from college, and who needs health care himself, I believe in this program,” Tschantz says. “And while I’m closer to the end of my career than in the middle, I won’t be retiring anytime soon. I like what I’m doing.” 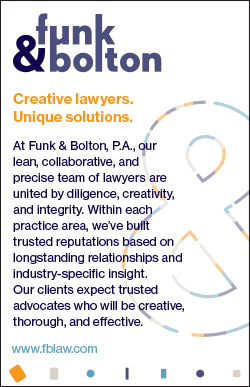 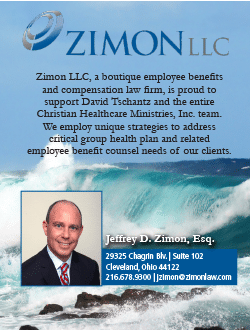