By all accounts, David Wheeler had it made. Five years after being named senior counsel for General Electric’s (GE) Cincinnati-based aviation division, Wheeler was in a job he loved, working with people he respected, for a company imbued with influence and pride.

Still, he couldn’t shake the feeling something was amiss. That for all the importance of the role, its impact—the difference he always wanted to make—it wasn’t what it should be.

So he decided to move on—by going back to his roots.

“Having come from an M&A background, I really wanted to rediscover that connection with the leaders of a business,” Wheeler recalls. “I missed having that broader strategic input and wanted to contribute to the development of an organization and its culture.”

Now, as division general counsel for BBA Aviation, a global aviation services company, Wheeler is embracing that 30,000-foot view—of both the literal and figurative sort.

After joining the company in 2015, he immediately set to work re-engineering BBA Aviation’s compliance protocol. At most companies, this would qualify as pretty standard general counsel fare—update some policies, organize a few training sessions and be done with it.

“We have more than 6,500 employees and, by and large, we’re either working with large and very dangerous pieces of machinery, or we’re out on the runway taxiing and fueling aircraft,” Wheeler illustrates. “When you’re dealing with that level of risk, compliance has to be more than an administrative afterthought.” 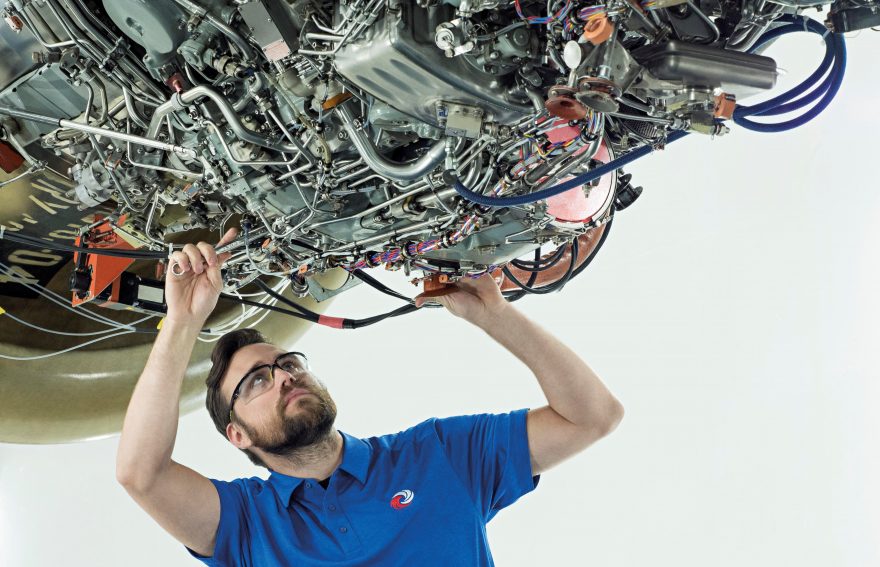 For Wheeler, that first meant winning the hearts and minds of employees. He revamped BBA Aviation’s mandatory yearly training, which alternates between “face-to-face” tutorials (classrooms for those able to attend; videoconferencing for everyone else) and more flexible e-learning modules to reinforce policies and procedures.

Working closely with human resources, Wheeler has sought to make the classes more interesting and engaging. During the company’s last on-the-ground training session, Wheeler replaced the standard quiz with a Jeopardy-esque gameshow, breaking the room into competing teams.

While the contest took more time than a standard pencil and paper test, Wheeler says employees retained far more information, as indicated by numerous employee interactions over the following year.

“The challenge is how you break it down in such a way that you’re keeping people’s attention,” Wheeler says. “To leverage technology in unique and interesting ways, to ensure that the program is cost-effective.”

On a recent trip to Singapore, one of BBA Aviation’s operational hubs, Wheeler was personally thanked by an employee who’d taken one of the recent compliance courses—an interaction that might not have happened in a larger company.

But while Wheeler appreciates having a tangible impact on BBA Aviation’s company culture, there’s granularity alongside the grand.

Originally founded in the UK as a maker of textile factory belts, BBA Aviation evolved into a worldwide provider of aviation services that includes full-service flight support (for both business and general aviation travel) through the company’s Signature brand, as well as technical services, engine repair and the provision of a wide range of vital aircraft components and systems.

Acquired in 2006, the company’s Ontic division specializes in what are known as legacy parts. In short, the company acquires licenses from original equipment manufacturers (known as OEMs—Pratt & Whitney, for example) and transitions products to enable the continuing support of those companies’ maturing and legacy aircraft platforms.

It’s the job of Wheeler and his team to deliver the OEM agreements that transfer the intellectual property required to Ontic.

“Ontic is a successful business within BBA Aviation with license transactions averaging $30 million over the past ten years,” Wheeler says. “These activities really allow me to connect with the fundamentals of the business.” 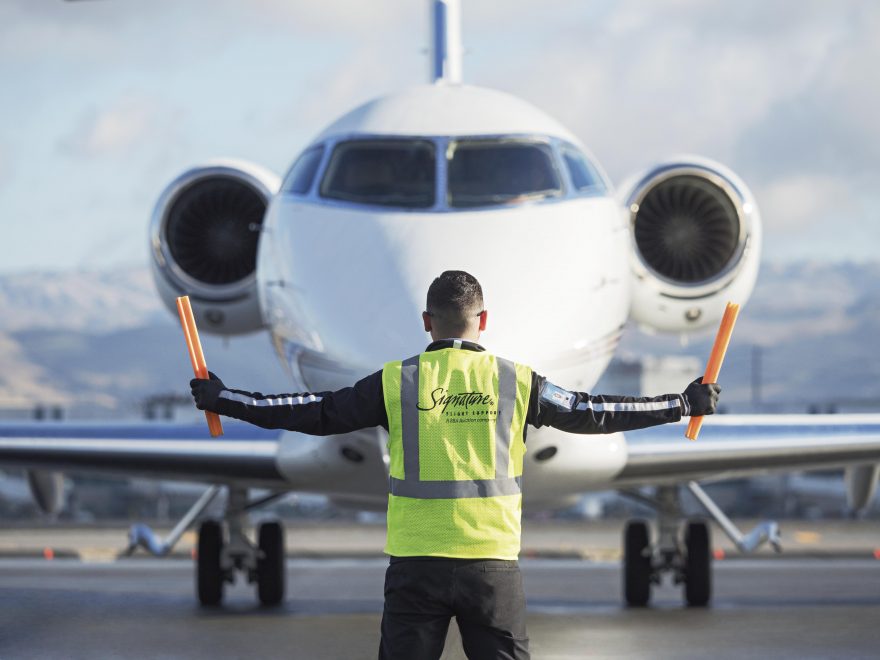 A further responsibility requires identifying ways to improve commercial activities.  To that end, Wheeler has worked to simplify BBA Aviation’s standard contracts, eschewing “legalese” to improve clarity, and adopting reasonable terms that mitigate company risk but avoid lengthy back-and-forth negotiations with the customer—both of which have markedly sped up the deal process.

“It’s important to know where that threshold is between protecting the company from risk and helping the sales team close deals,” Wheeler says. “It’s seldom an exact science, but we’ve learned to balance the two pretty well.”

Indeed, if there’s one pillar to which Wheeler’s career has been closely hewn, collaboration might well be it.

After earning his J.D. from the University of Cincinnati College of Law, Wheeler began his legal career in private practice, joining the Cleveland-based Squire Sanders & Dempsey. It was here that Wheeler first came into contact with GE, one of the law firm’s largest clients. 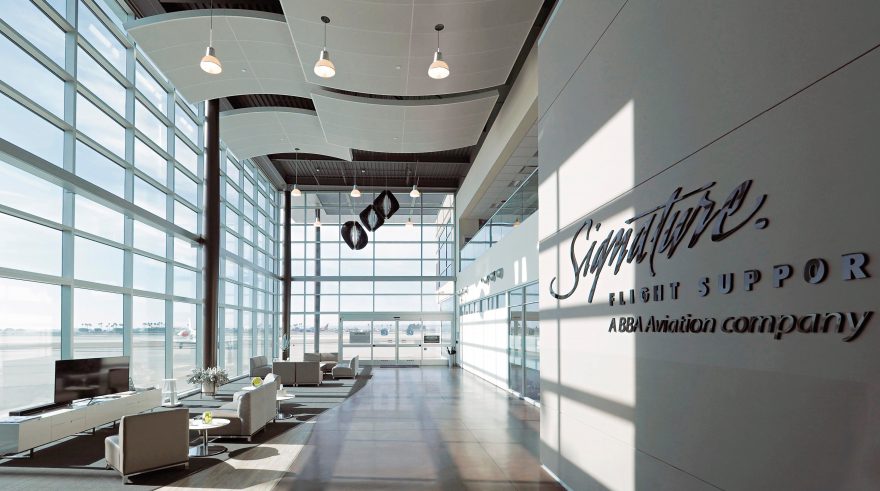 GE was so impressed with Wheeler’s work, in fact, that the company brought him aboard as aviation division senior counsel in 2010.

“I’d admired the company for a long time before I joined them,” Wheeler confirms. “It was clear, having worked with them, how important ethics and integrity were to the company fabric. So naturally I jumped at the chance.”

With total annual global revenue of more than $2.3 billion, BBA Aviation is hardly a mom-and-pop store, of course. What the company offered, however, was unique: an opportunity for Wheeler to effect  real change.

Reporting directly to the company’s group chief executive, Wheeler takes pride in seeing how that 30,000-foot view impacts the world below.

“The company has gone from strength to strength in recent years,” Wheeler says. “Seeing the work you do translate to tangible shareholder value—that’s a pretty great feeling.” 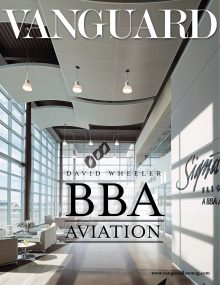 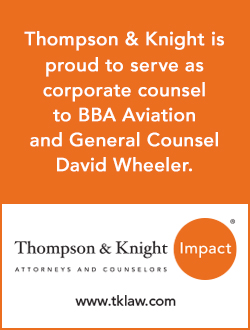