Changing the corporate world through data and trust

A pivotal year 2020 was indeed. One marked by, among other happenings, so many companies playing catch-up on the diversity and inclusion fronts. 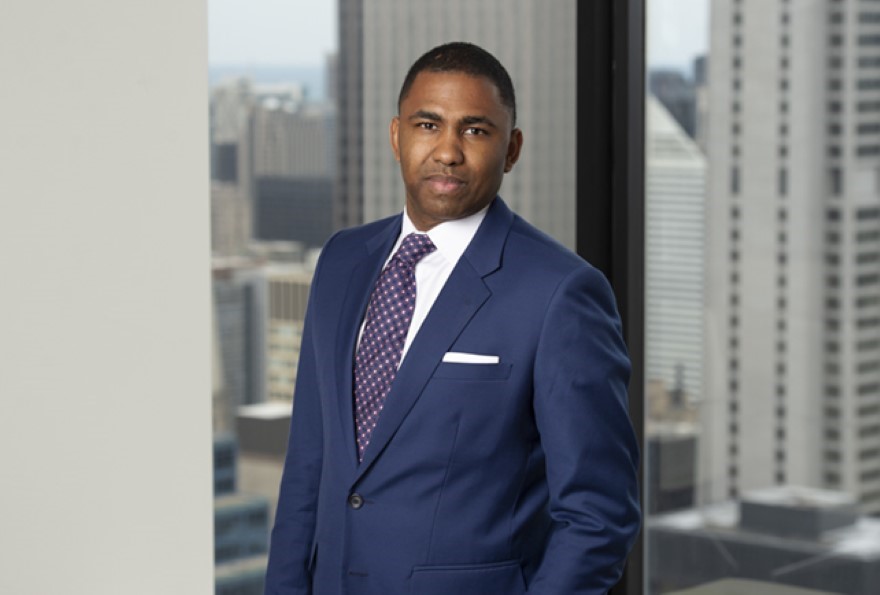 But as this general counsel and corporate secretary for a global executive search and leadership advisory firm goes on to say, the mission expands beyond just recruiting diverse candidates for C-suites and boardrooms. Just as important is identifying the right fit from a deepened talent pool, and in today’s world that almost certainly involves the inclusion of data-driven metrics in decision-making.

“LinkedIn was a tipping point,” Coar tells Vanguard this past October. “Before LinkedIn, executive search firms were the ones who knew who the top executives were and had access to them. Now, with LinkedIn and online data on public companies, the proposition of what we do goes beyond identifying and placing executives and has expanded to how we assess those people for an organization.”

Thus, the firm’s responsibilities have evolved beyond finding a new executive vice president, chief operating officer or infotech boss. It’s also about helping that new leader be successful. It’s about determining the company’s culture. What type of leader does it need? What are its goals?

So, bring on the data, but in compliance with the evolving rules of how it may be gathered and processed across so many jurisdictions. It can be a balancing act for Heidrick & Struggles, says Coar, who tracks data privacy regulations globally, aided by a legal team of 10 that includes lawyers based in Chicago, Hong Kong and London.

The General Data Protection Regulation has empowered individuals when it comes to their personal information and restricted how others use it, he says. It has become a model for similar, though not identical, laws in Japan, South Korea, Australia and South America. In the United States, California has taken a similar approach with its Consumer Privacy Act that served as a precursor to similar laws around the country. 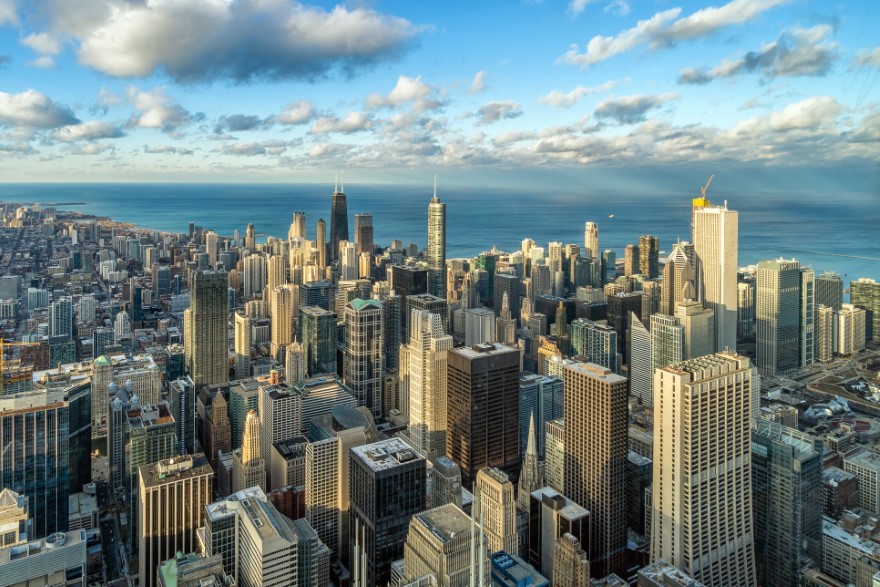 Though for Coar, the issue of data privacy laws goes beyond compliance.

As a catalyst behind the campaign for social and corporate change following the death of George Floyd, Heidrick & Struggles has sought to reaffirm its own commitment to diversity and inclusion.

In some ways it comes naturally, Coar says.

“Diversity and inclusion are not just words at Heidrick & Struggles,” he says. “Our commitment to D&I is embedded in everything we do—from the ways in which we advise our clients to how we operate within our own firm.” 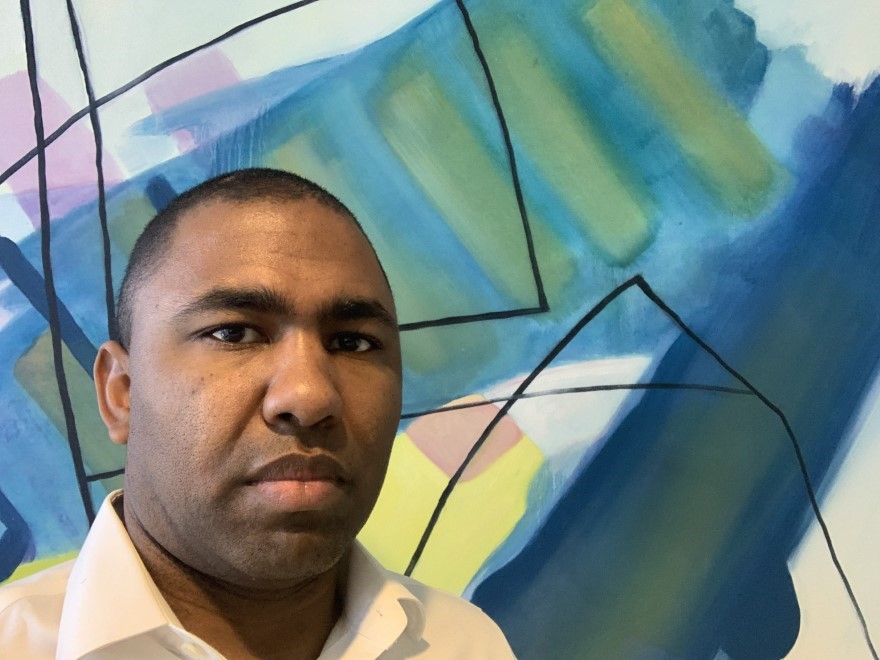 It’s not just morally right, he continues. It’s also good business, particularly when multiple stakeholders, including employees and the next generation of talent, are all observing companies and asking: Do they have people who look like me and will I be valued?

In 2018 Coar helped Heidrick & Struggles shape a unique program called Director Institute. At its core, it’s an apprenticeship program designed to accelerate the development of diverse executives and prepare them for broader operating roles and corporate board service.

“After Minnesota [George Floyd’s death], lots of firms made statements against racism and the ills of society, but we didn’t just say what we stand against, we said what we stand for,” Coar emphasizes. “The more we get notions of diversity, inclusion and representation right in our own setting, the greater our impact can be with our clients.”

Coar acknowledges he had a role model other African Americans may not have had. For he’s the son of David H. Coar, a former federal judge for the Northern District of Illinois.

At a young age, Coar says his intellect was constantly being put to the test, and he recalls honing his advocacy skills through exercises such as arguing for a larger allowance. Some of the Midwest’s finest legal minds were regular visitors at the Coar household. 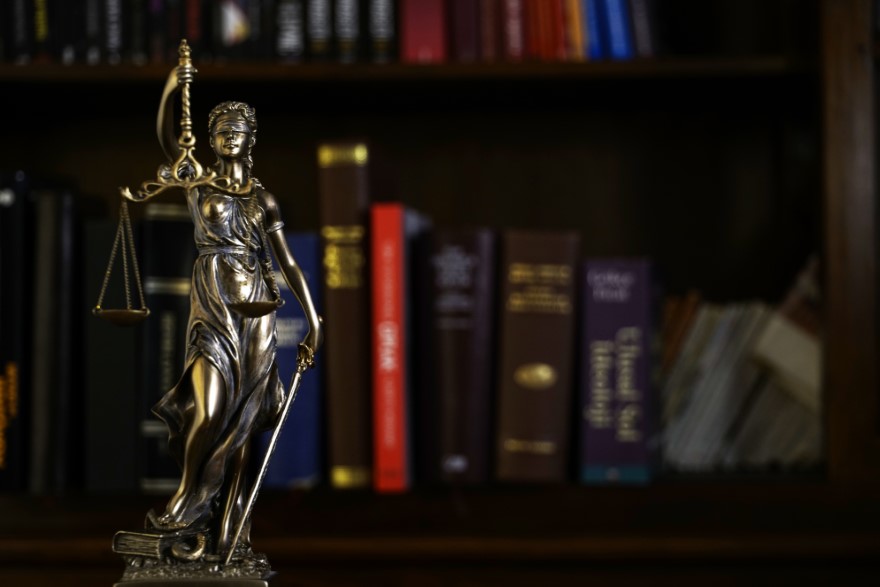 “It just became part of my thinking,” he says. “Fairness, equity and how a lawyer must fight for it. Dad deserves a lot of the credit.”

Dad also had a grounding in quantitative analytics, Coar goes on to say. That, too, rubbed off on the young man who earned his Bachelor of Arts in Economics and Sociology in 1998 at Johns Hopkins University and his law degree from Duke University three years later.

Like most young lawyers, Coar cut his teeth as an associate, serving two years with Proskauer Rose then moving to Ungaretti & Harris for nine years and achieving partnership. In 2012 he joined Heidrick & Struggles as vice president and associate general counsel, spending the first four years at its Chicago headquarters before a two-year stretch in Singapore and then back to Chicago for his promotion to general counsel in 2018.

And just as Coar had role models at home, so do his 10-year-old son, Jackson, and 7-year-old daughter, Harper. Not only is their father a general counsel, so is their mother, Maria Whiteman Coar, a Loyola University Chicago School of Law graduate who in 2019 earned a promotion at LodgeWorks Partners LP, a hospitality company based in Kansas City.

“She helped me transition in working remotely,” he says with a chuckle. “She’s been doing so for years and shares my hobby, which is ensuring some normalcy in childhood.” 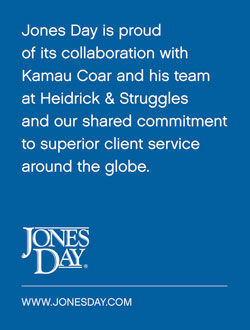