Always an advantage with DiCicco in the mix

This was a Tampa-based health insurance technology company refocusing from private coverage to a fast-changing Medicare market full of potential and complexity. It was also a company dealing with increased enrollments due to COVID-19. But even if the pandemic is brought under control, the firm’s workload should only keep intensifying, with the current Medicare population of around 54 million expected to surpass 80 million by 2030. 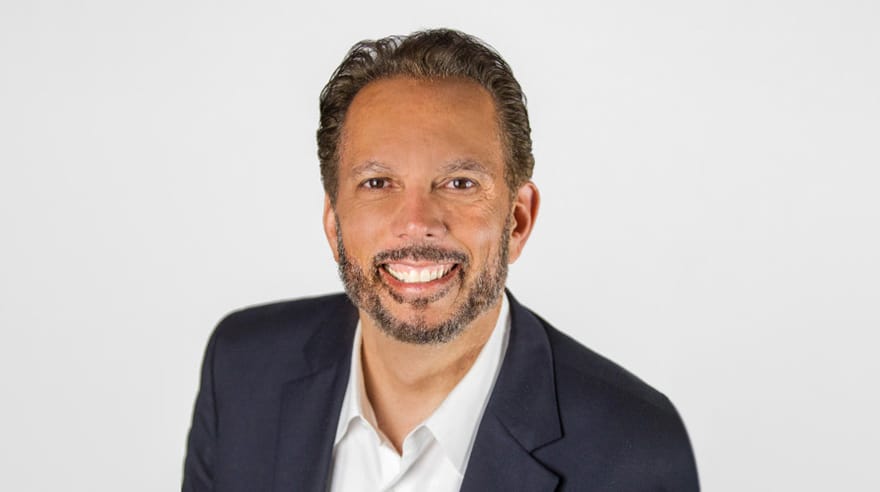 So there would be much for DiCicco to undertake in his new roles as general counsel and chief compliance officer. Which is how he likes it.

“When I was in a law firm and did the same thing over and over again, it became a bit monotonous,” he tells Vanguard this past March. “I need the intellectual stimulation of solving diverse challenges.”

DiCicco has been getting his daily dose and then some, with the company rebranding last year as Benefytt Technologies Inc., and intent on taking full advantage of private-sector opportunities provided by Medicare Advantage. Also known as Medicare Part C or MA, it allows an insurer to collect a monthly premium from a Medicare beneficiary and provide inpatient, outpatient and prescription drug coverage afforded by the national health plan for senior citizens.

Up to speed on Medicare

A veteran in-house lawyer and former New Jersey state legislator well-versed in health care, DiCicco still needed a crash course on Medicare’s rules. “It’s not an area I was unfamiliar with, but I had to get up to current on the ever-changing regulations,” he says, adding that with Benefytt’s new business model, he needed to know the federal regulatory landscape as well as the nuances of state rules. 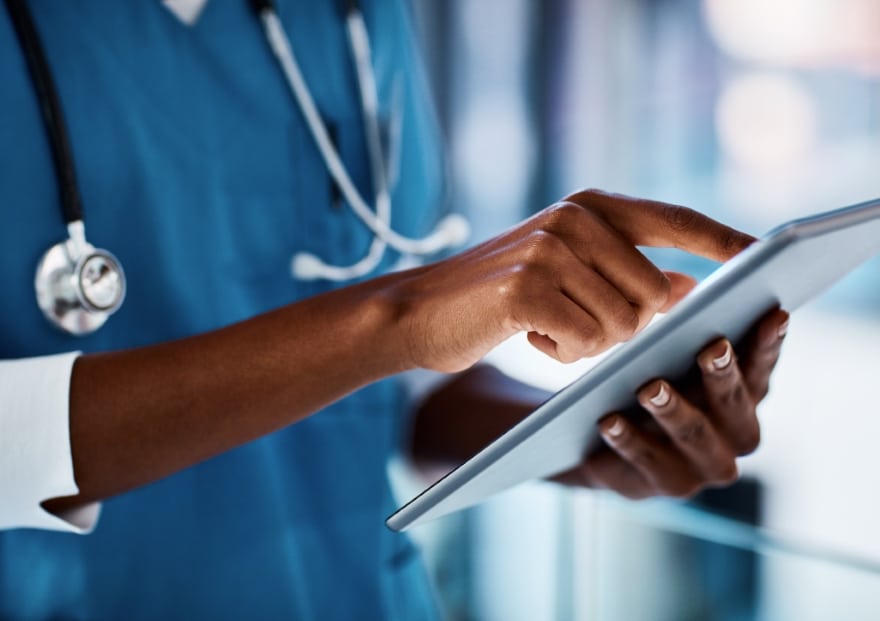 “I’m very passionate about providing what I call the ‘client service model’ of delivering in-house legal and compliance services,” he says. “Our legal department view our colleagues as ‘clients’ and we want to treat them the same as a law firm treats their clients. I truly believe in being the trusted advisor, and this is not something that just happens overnight.”

An infotech upgrade being essential to the task, DiCicco also assisted in the acquisition of e-commerce platform, HealthInsurance.com, and revised the company’s proprietary technology platform in order to sell and service Medicare-related plans in a manner that’s compliant. Upbeat about the platform’s early performance, DiCicco also notes how Medicare Advantage started off as a public-private experiment of sorts that he believes has been vindicated.

“This really is a good example of how competition in the private sector helps the consumer,” he says. “It gives them more bang for the buck at a time in their life when every dollar matters.”

For example, he goes on to say, a for-profit insurer that participates in the Medicare Advantage market can provide free or reduced-cost dental and vision coverage which aren’t part of the traditional Medicare program.

A Delaware Law School graduate with an MBA from Penn State University and a Master of Public Administration degree from the University of Pennsylvania, DiCicco’s resume includes one term as a Republican member of the New Jersey General Assembly from 2010 to 2012. Though described as part-time duty, he says it was anything but, taking him away from family and professional life, and often frustrating.

“The focus in business is on getting things done, while politics is a slow process that is more concerned with getting reelected than in helping people,” he says. “But it was a very valuable experience.” 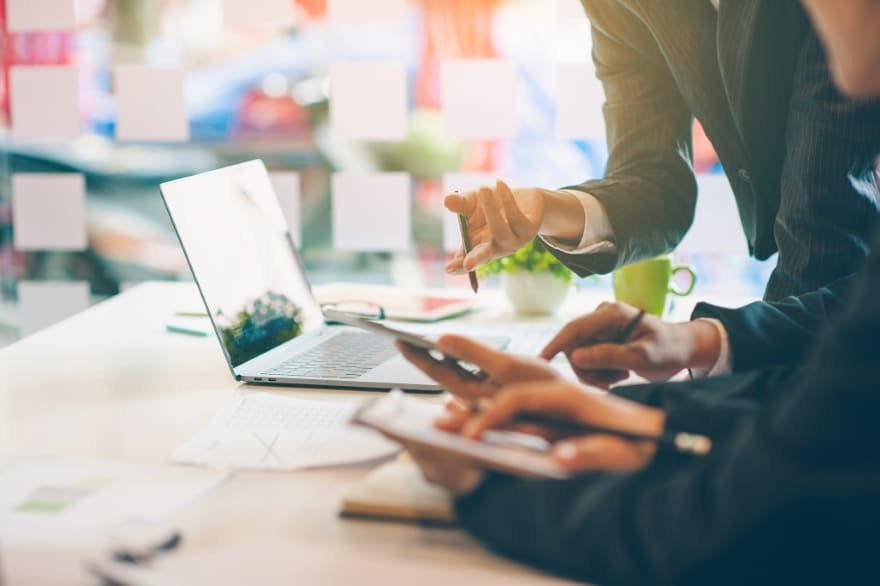 Only not nearly as fulfilling as his professional life that, after the obligatory years with law firms, has been marked by numerous high-profile in-house positions with financial and insurance firms, initially in greater New York and Philadelphia. He moved to Florida in 2015 to be global general counsel at Cunningham Lindsey, a loss adjuster to the insurance industry.

Having participated in Sedgwick’s 2018 purchase of Cunningham Lindsey, DiCicco was looking for a new challenge and was intrigued with the HIIQ game plan.

And the past year has been anything but boring, he says, adding there’ll be a need for even faster—and safer—ways of enrolling clients. Finding the right people to meet such challenges will always be high on the company’s to-do list, and DiCicco takes a personal interest there.

“One of the things I enjoy most about my job is mentoring the up-and-coming group of professionals,” he says. “We hire interns every summer from law schools. I always look for people who act professionally right out of the gate and have a client service mentality. Your legal brilliance doesn’t matter unless you focus on the needs of your client.”

When not focused on his business, DiCicco might be looking toward Southern California, where his son, Domenick DiCicco III, is head coach of the San Diego Sabers, a member of the U.S. Premier Hockey League that seeks to groom teenagers for collegiate, and even professional, play.

“It would be great seeing some of them in Tampa,” the senior DiCicco says about the possibility of some Sabers—and even their coach—winding up 2015 with one of the NHL’s best teams, the Lightning. 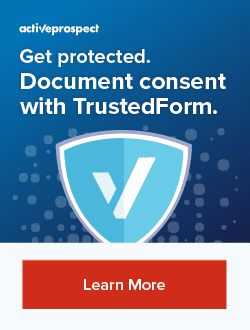 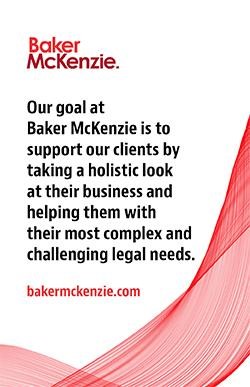 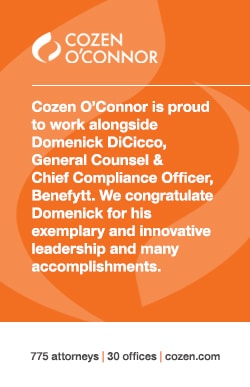 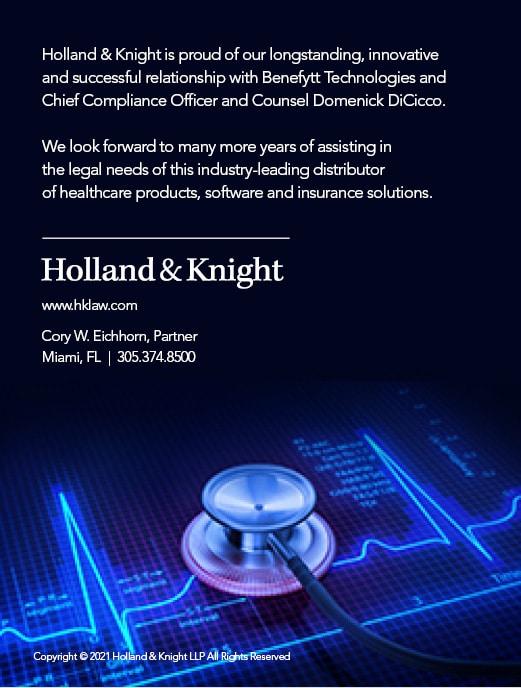 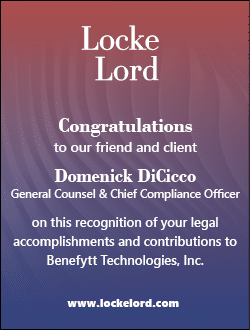